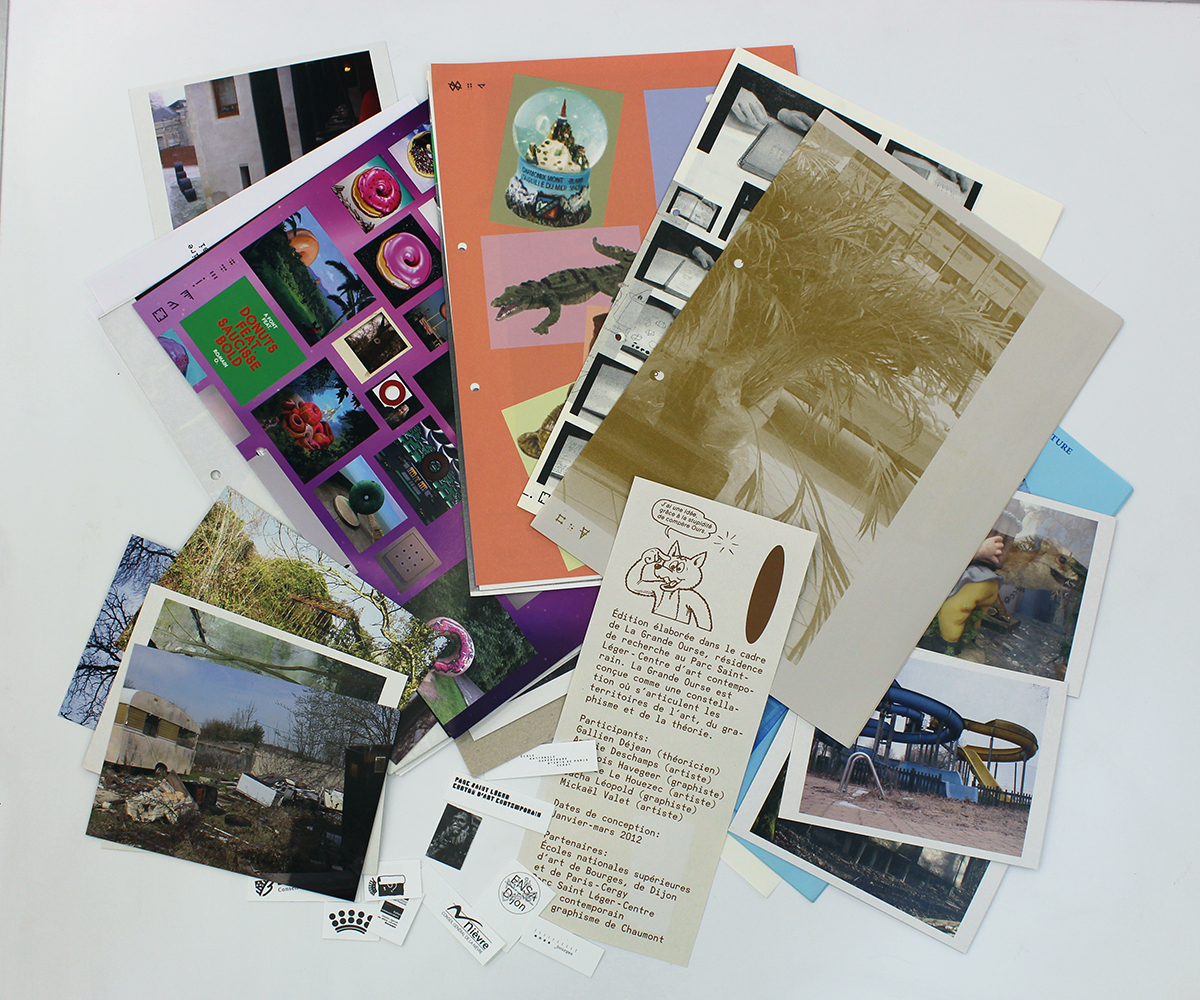 At the end of the residency, an editorial object—a form of production common to all of the participants—was completed. This collective object with an open-ended form was devised and developed in relation to the Théâtre de la Mémoire that the occultist Giulio Camillo devised in the 16th century. This project, which was funded in its time by François I, falls within the tradition of the Palais de la Mémoire, an ancient mnemonic science that consists of constructing a virtual and personal palace. Inside it, each of the rooms contains a concept: the orator must travel through them in order to remember an argument or the development of a discourse.

In the form of a limited number of painted coats-of-arms on paintings hanging on the terraced seating of a small wooden amphitheatre, Camillo’s strange undertaking was designed to concentrate all of the world’s knowledge through the multiple allegorical combinations it encouraged. It is a truly cognitive device that interconnects architecture, representation, knowledge, memory, the exhibition, and scenic space.

Within the residency, these stories were not so much derived from a theme as they were from an operational mode in the design of the editorial object. The Theatre or Palace is in some sense an allegory for the collective memory of the residency, with each of its rooms or coats-of-arms referring to the individual space in which the practices of the residents was able to be fulfilled. The project was thus presented at the Chaumont International Poster and Graphic Design Festival, in the form of an exhibition of FCPs (final corrected proofs) aiming to experiment with the internal organisation of the object.