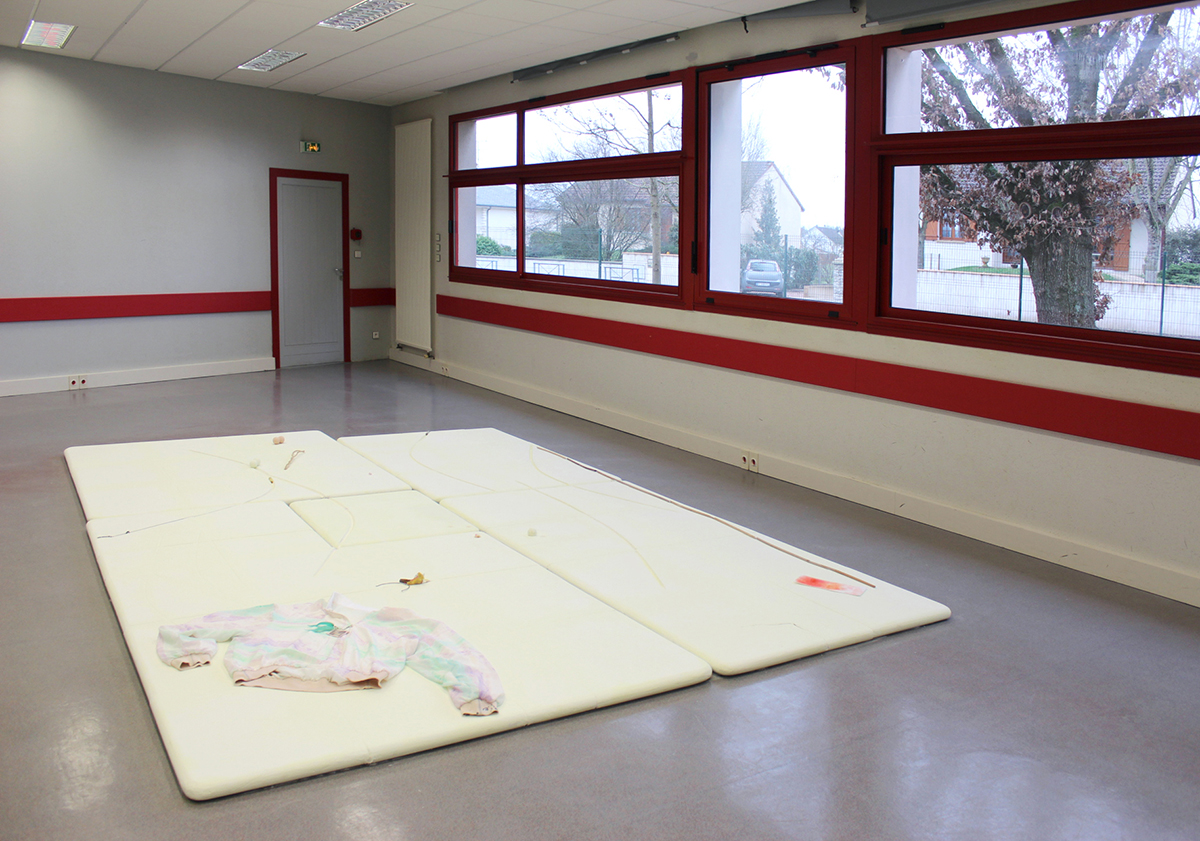 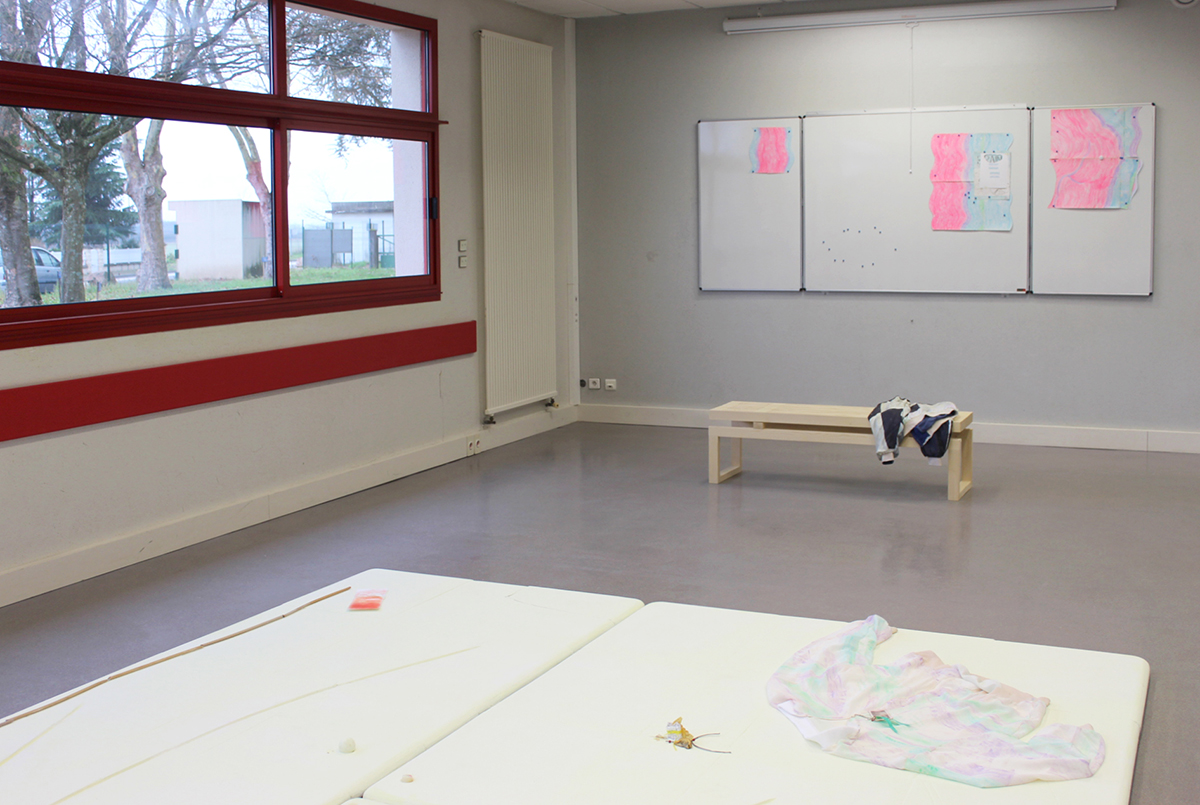 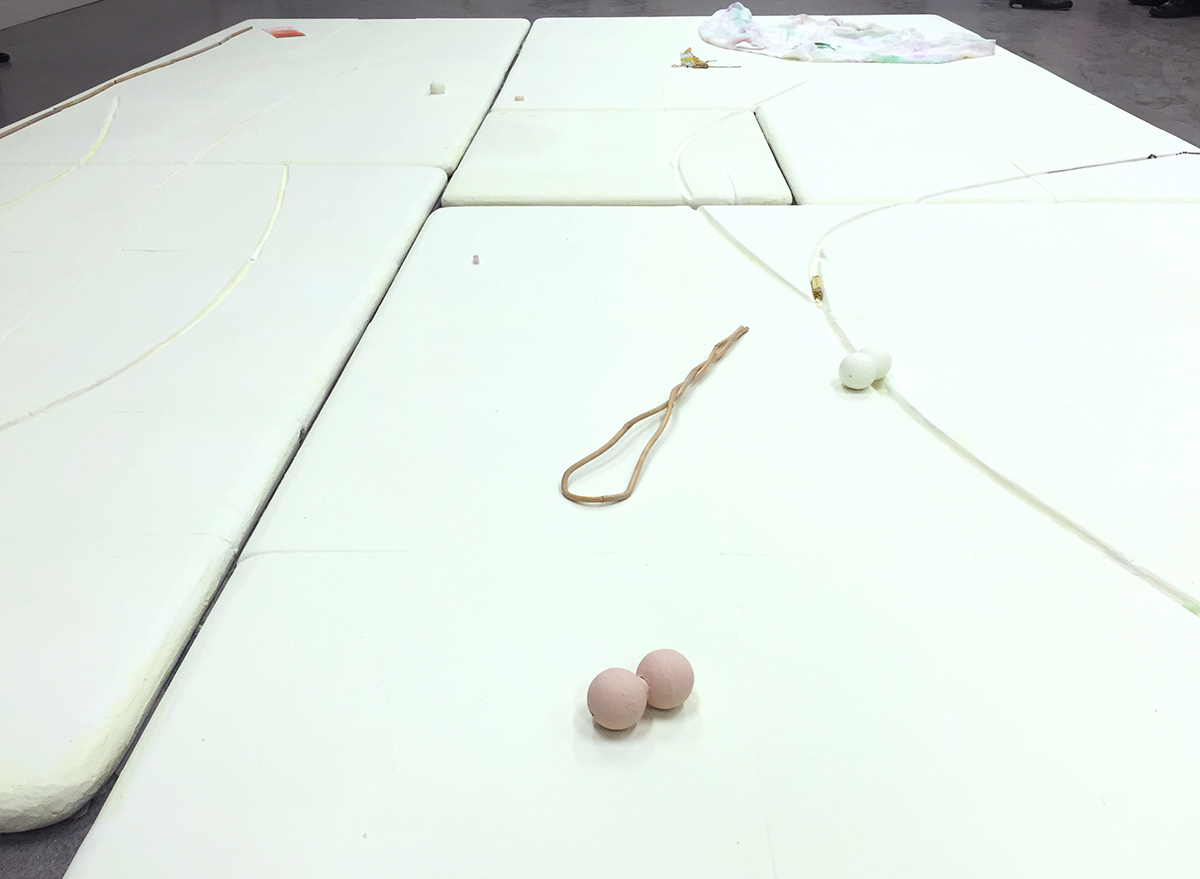 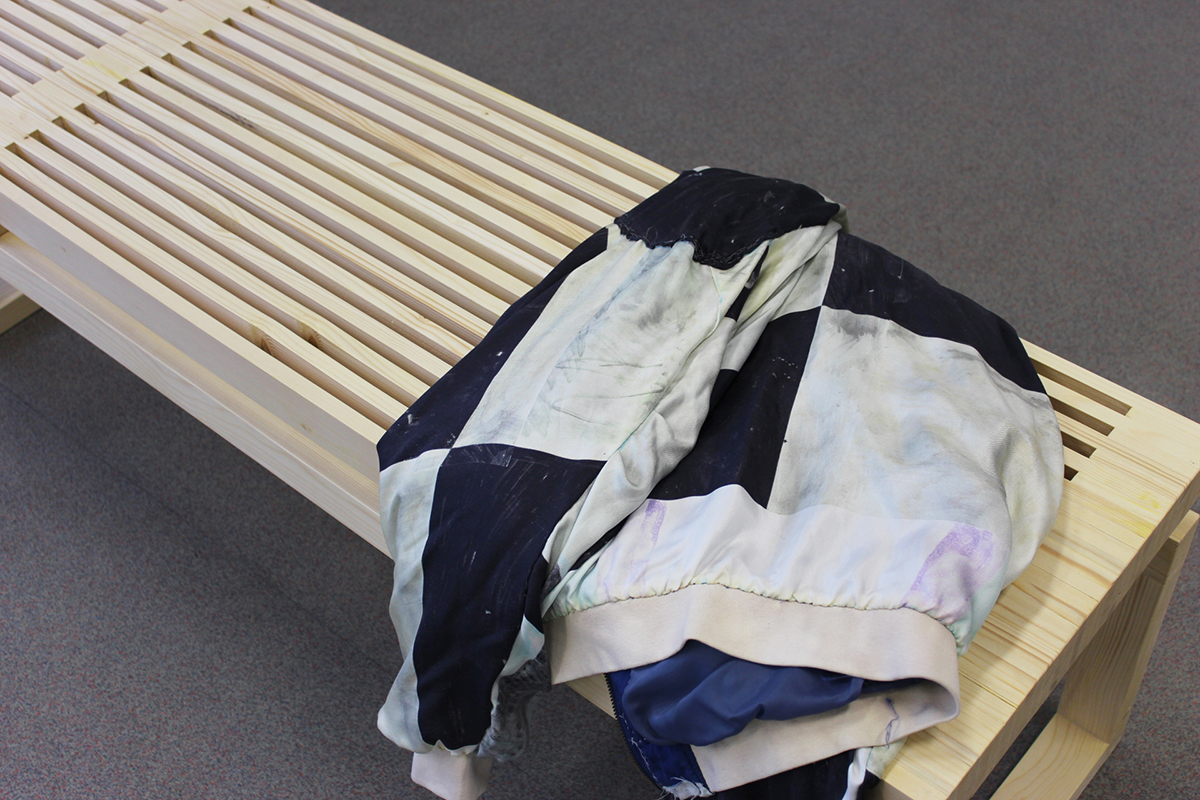 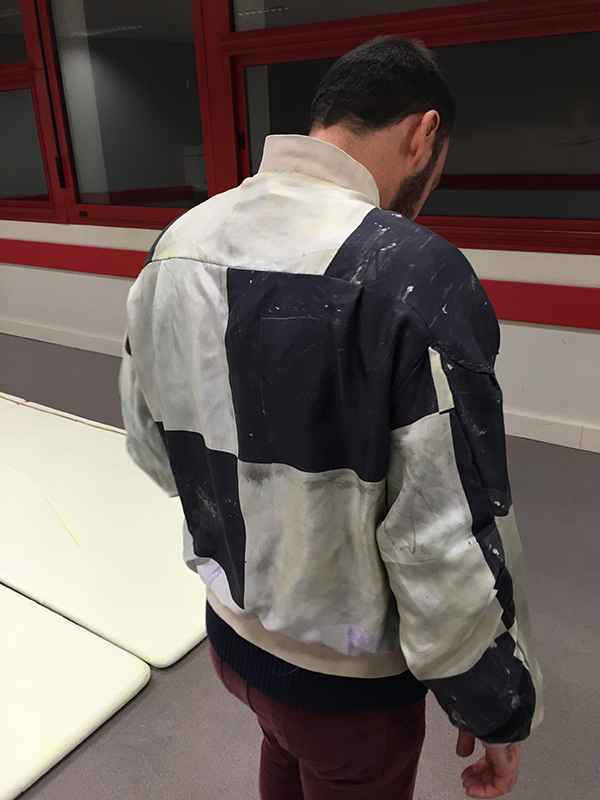 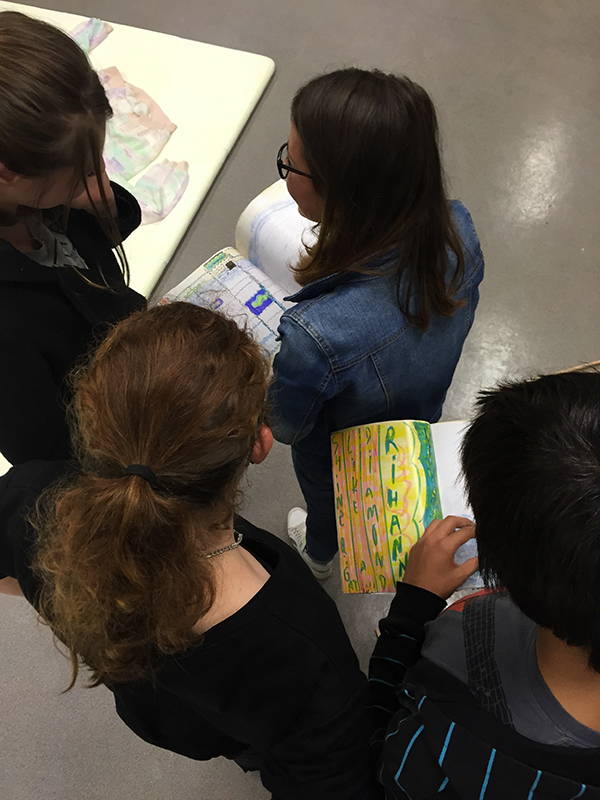 One could try to define Anne Bourse’s work by its recurring materials, including paper, cardboard, printed fabrics, thread, and adhesive tape. One could then add that from out of these things which are often of little value, filched from her everyday surroundings, the artist creates collages, assemblages, pliages, small sculptures, and big paintings. But having made such a list, one would soon realize that the attempt is futile and that, having said that, one has said nothing, or thereabouts.

It is very difficult to put words on the forms created by Anne Bourse, and those who come closest to succeeding, I think, are artists, no doubt because they allow themselves the freedom they need to get lost in her work. Benjamin Seror and Sarah Tritz, who knew her when she was studying art in Lyon, were particularly adroit in this exercise, the former by creating a fiction whose main character was Anne B., a bold “project manager” for the HBO channel in Hollywood;1 the latter by abandoning herself to the modus operandi of this entropic production which, as she sees it, “tells us deeply that what is essential in life is found elsewhere than in an onerousness or a duty.”2

These two appropriations offer the considerable advantage of not trying to explain or justify anything but, on the contrary, taking the byways opened by the fragmentary narratives that haunt her work, to engage with it outside the frame, in a flight. Indeed, “Pacific 33,” a title that conjures up an anise-based drink or a provincial nightclub, suggests none other than an exhibition in the form of a displacement, i.e., a distancing from words, first of all, leading to a derive, a drift lulled by the distant echo of electronic music and shot through with colorful flashes.

As the artist puts it, “If someone tells me he doesn’t understand, that’s normal, because there’s nothing to understand.” Her friend Philip Vormwald adds, “The condition for starting, if things are all over the place, is not to tidy it all up but to add to the confusion.” In the failure of understanding, in the formless chaos of things and ideas, the choices that she makes, guided by the arbitrariness of emotional affinities, may then appear as a personal strategy for avoiding all ideology.

2- Sarah Tritz, from the press release for the exhibition “Magnifiquement Aluminium” which brought together Emilie Perotto and Anne Bourse at Galerie Anne Barrault in June 2015.