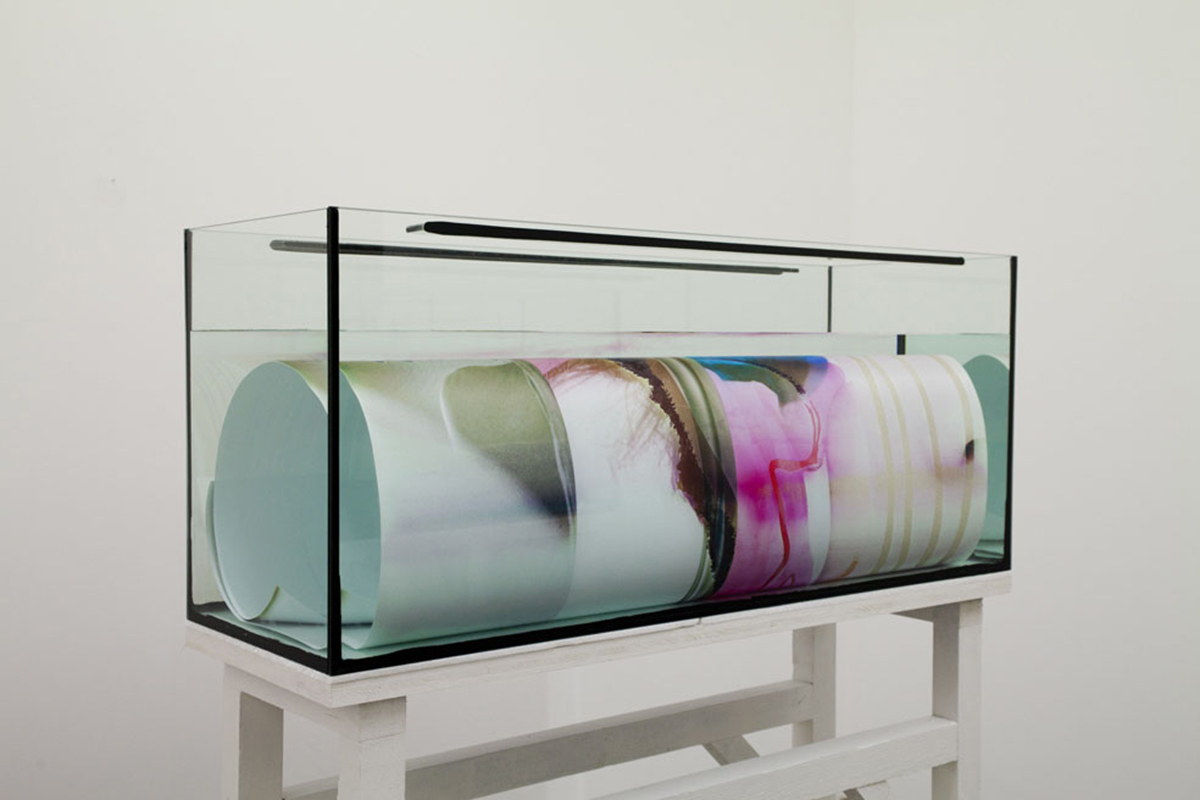 For the first year that the “Excellence des métiers d’art” medal was attributed to the institution, ESAAB and Parc Saint Léger organized an artist’s residency meant to open up the practice of young designers and graphic artists to an innovative world of fine arts, giving them the chance to shed a new and different light on their own practice. Aude Pariset was invited to come and stay here for this new project.

Pariset has created a piece that takes off from a reflection on the image, the flow of its circulation and its circles of production and consumption. The artist makes use of the banal image, the kind found on the internet and springing from the new technologies of our digital age, mass media or advertising, employing it like a raw material, which she works to redirect or reappropriate by manipulating it in a number of ways. Transferred to three-dimensional objects, treated with different processes meant to alter it (chemical baths, rot), or subjected to various printing techniques, the image is transformed and emptied of its original meaning or advertising message. Her work is often developed further in installations that confront us with this quasi-organic mutation.

Intermediary spaces where we watch the transformation taking place, parallel universes that conjure up wandering and the figure of the zombie, or venues of exoticism and projection, Aude’s installations offer an ironic counterpoint to both the consumerist logic of our day and age and the planned obsolescence of our products and images.

ESAAB students are taking part in a workshop with the artist throughout the year, producing personal experiments as well as a collectively built piece by the artist.
“The workshop will focus on the phenomena of altering and modifying a preexistent visual (and/or textual) content, with such modifications and alterations taking place after a change of medium, format and environment in which the content is usually transmitted. From simple displacement to appropriation to destruction even, the original meaning of the images seems like an echo to us, traveling through a new ‘passenger compartment’ and in search of new recipients. This group experiment will first tackle questions of the flow and recycling of images through recent art history, the new media, and a digression into advertising. The different strategies for spreading an image and putting it back into circulation will take up our reflection in the second part of the experiment, sealing the end of a new cycle of the image and its mediation.”