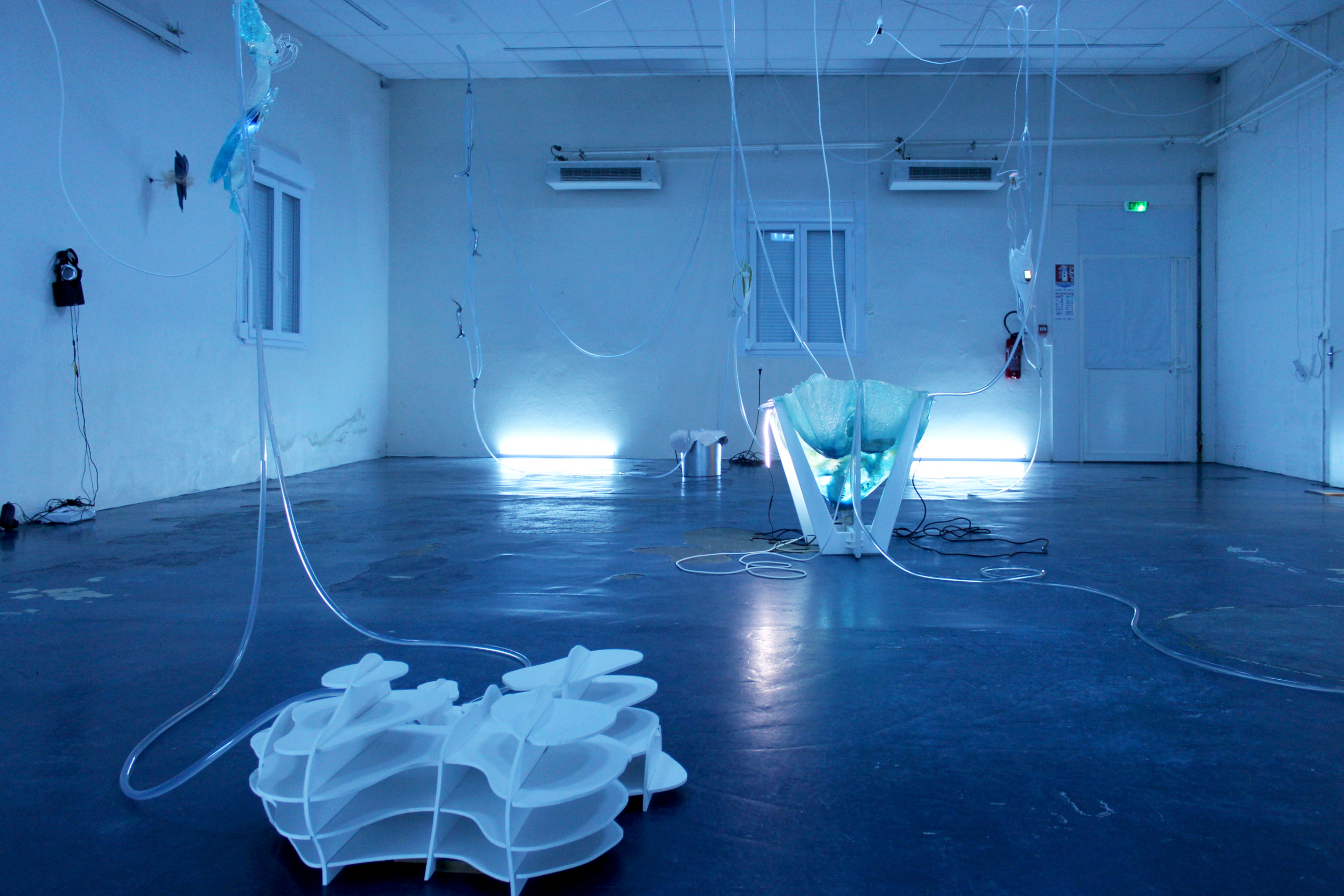 Benjamin Blaquart, "This space between you and me", view of exhibition, 2016 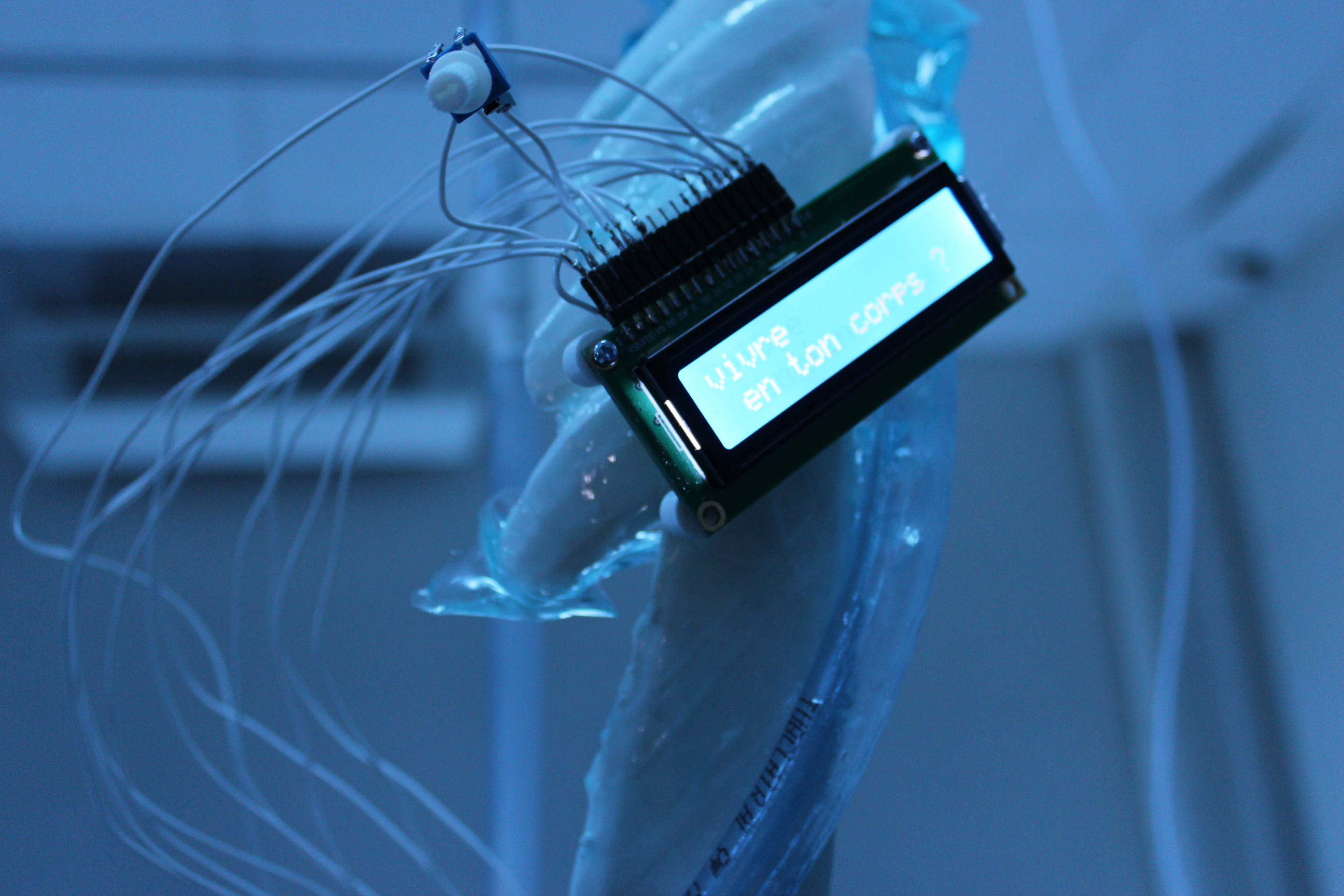 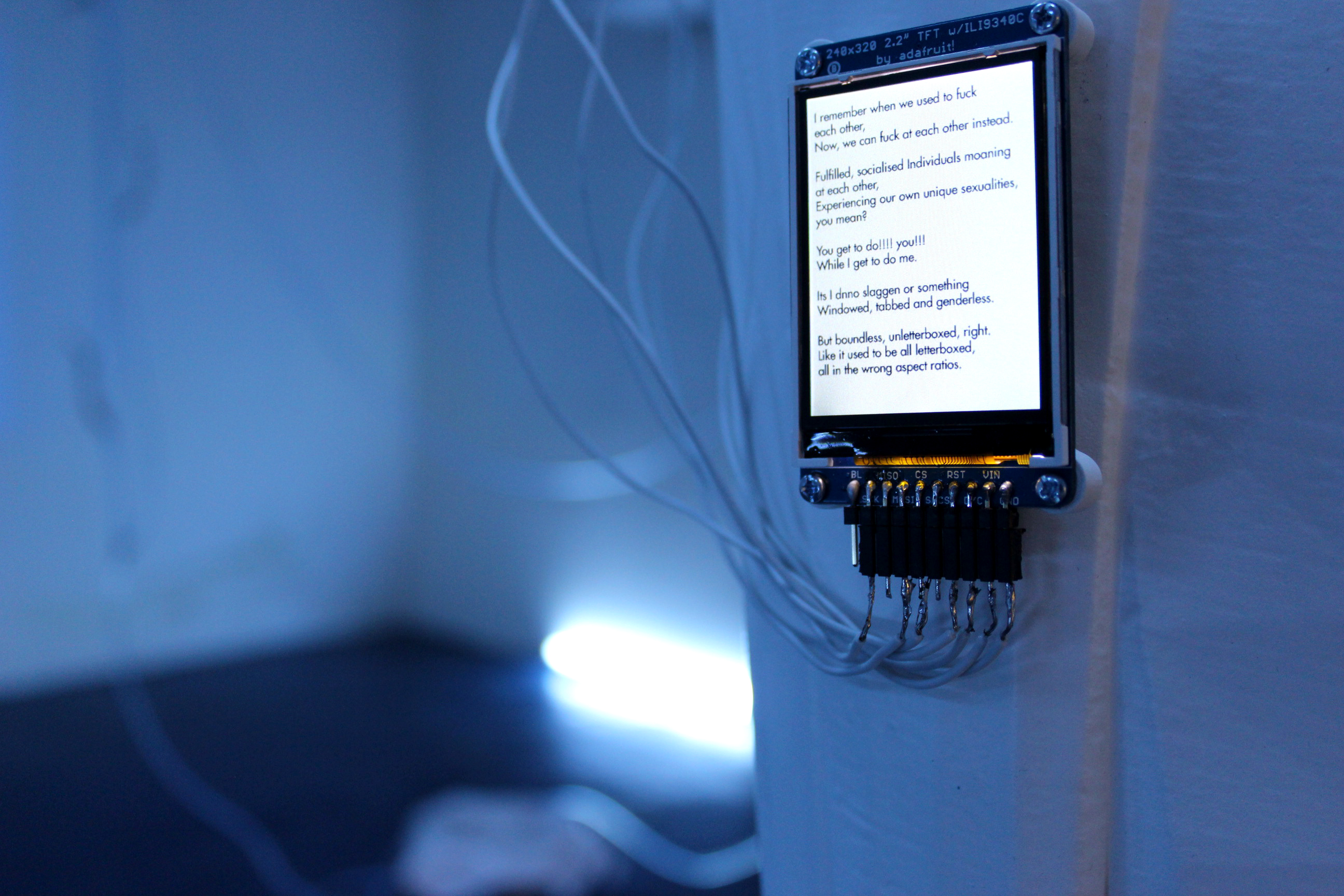 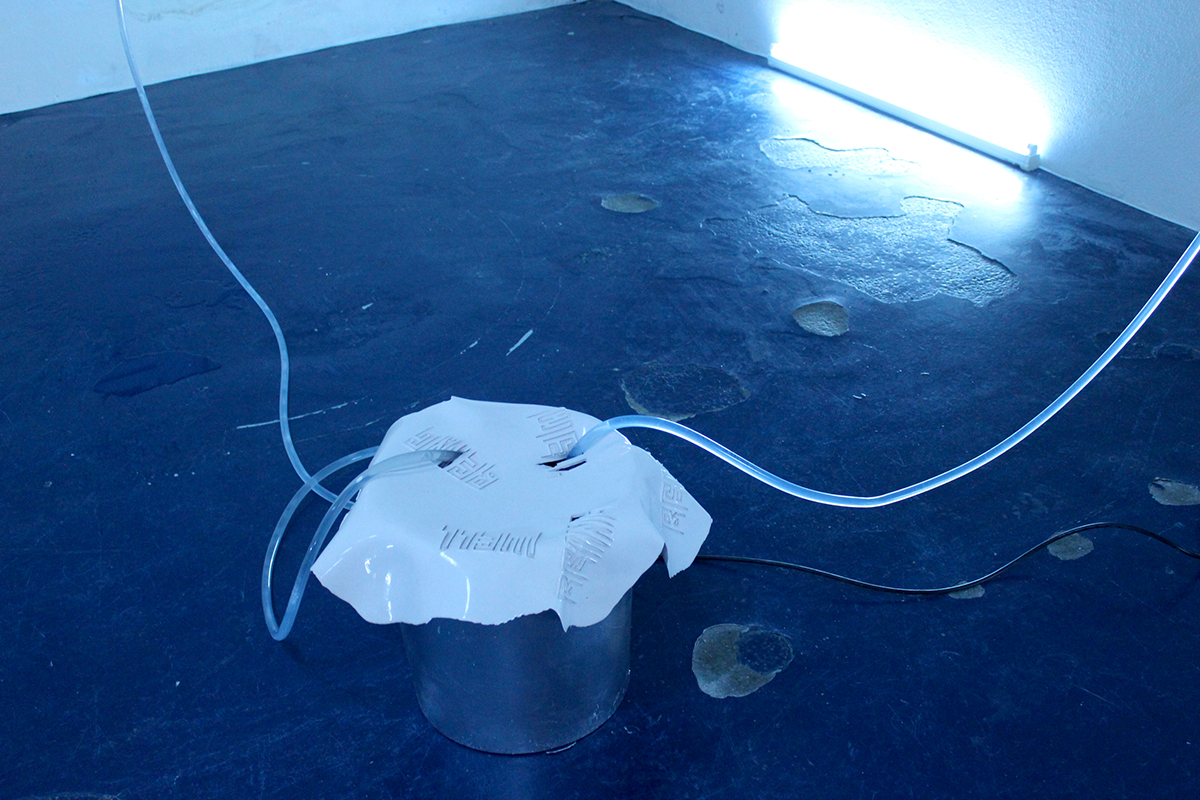 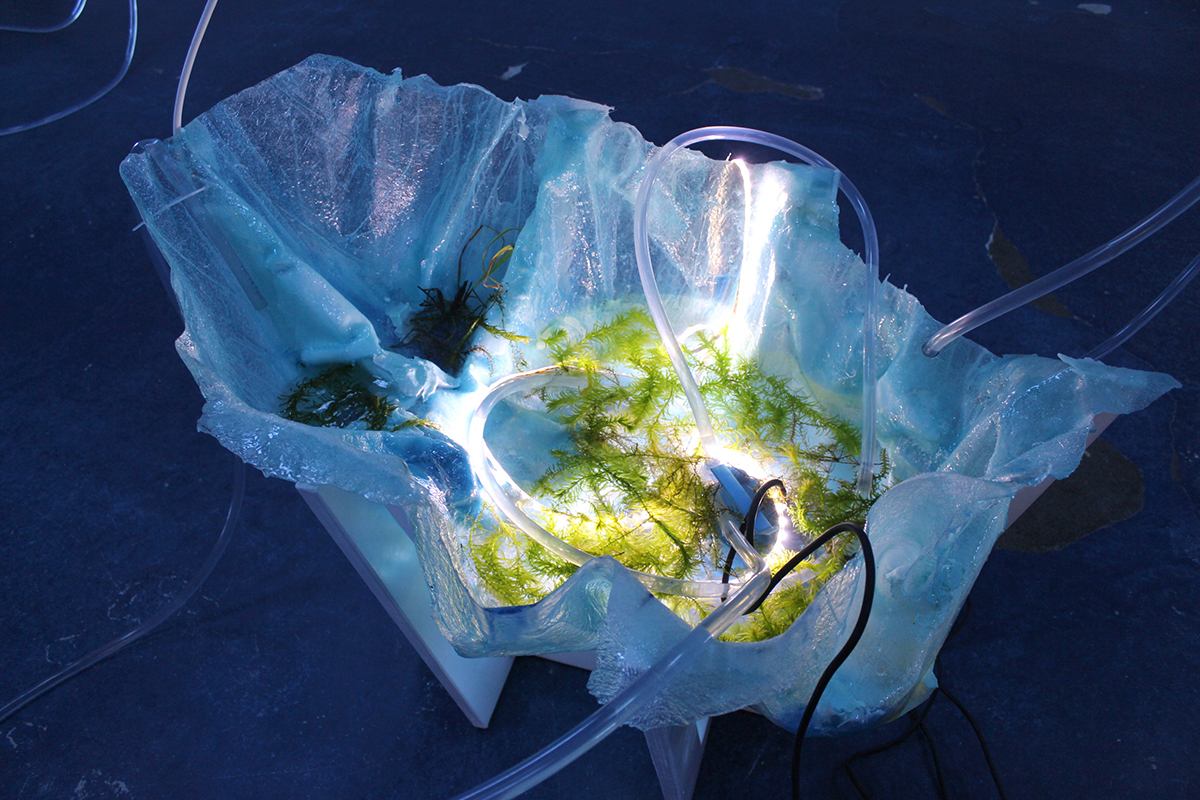 This Space Between You And Me

While science fiction is a genre that has helped develop an imaginary future of limitless technological potential, it has also fed an alarmist vision of what lies ahead. What could have been an ideal support for utopian thinking has often turned into an anxious fiction, describing universes ruined by Man’s progressivist hysteria. And yet, more optimistic speculations also exist. A number of studies, such as the ones made by the American writer Donna Haraway, have thus helped generate a positive form of reflection on the future. The technological possibilities allowed by the development of science are seen then as a powerful tool for redefining society.

Trained as a biologist, Haraway wrote the Cyborg Manifesto in 19831. In this essay she made ironic use of the hybrid creature of the title as a vehicle for her gender criticism, bending the cyborg and its sci-fi connotations2 in the collective imagination to a feminist vision of the future. Its ambiguous status, a mix of organic and mechanical bodies, overrides the distinction between masculine and feminine, producing creatures that are “denatured,” that is, liberated from biological determinism. The cyborg myth thus offers the vision of a new model of society in which compartmentalized gender roles can be opened up and the relation of humans to their environment can be rethought.

Instead of postapocalyptic angst or fantasies of boosted human capacities, which in his view abet purposes that are more conservative than truly evolutionist, Benjamin Blaquart’s approach to biotechnological hybrids is articulated in ecosystems that are steeped in poetry. Informed by queer theory and speculative fiction, and in particular the writings of Paul B. Preciado and Samuel R. Delany, his work draws both on digital engineering and production techniques and prosthetics materials, from 3D printing to silicone and resin. His objects thus blur the frontiers between sculpture, installation, and prototype, occupying space like autonomous organisms irrigated by fluids and linking together heterogeneous objects such as aquatic plants and micro-screens operated by Arduino.3

The apparatus conceived for the exhibition “This Space Between You and Me” is like an installation with multiple ramifications. At its center, like a heart to which a network of plastic arteries is hooked up, a resin basin supplies the different “organs” in a corporeal metaphor in which living and technological entities cooperate in what, as the title indicates, is the “space between you and me.” The question is, who is the “you” and who is speaking here? The machine, man, or this plantlike cyborg that is taking over the space? All sorts of interpretations are possible. Everything is open.

The texts4 playing over the screens offer the beginning of an answer and may—perhaps—help us to look beyond the rather facile pessimism of certain predictions to ways of rediscovering the notion of empathy in a future that is already almost present.

1- Written in response to a request from the Socialist Review his essay was first published in 1985, and later appeared in Haraway’s book Simians, Cyborgs and Women (New York: Routledge, 1991).

2- The blockbusters of the ‘80s and ‘90s, especially Terminator and Robocop, popularized the image of the bionic man whose capacities are multiplied by an implanted battery of technologies.

3- Arduino is a brand of microcontroller boards that can be attached to apparatuses in order to change their program.

4- These texts were written by Sarah Maison, Georgia René-Worms and Dan Meththananda. Our warm thanks to them for their contribution to the project.