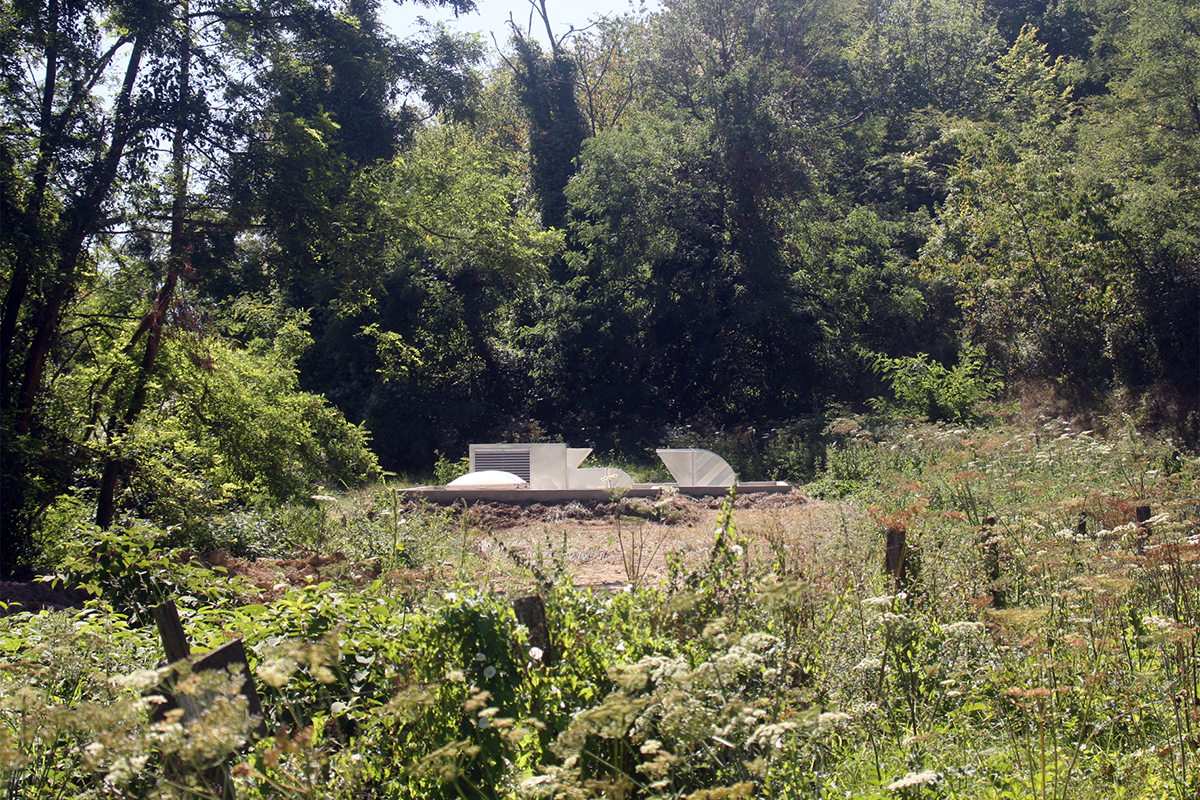 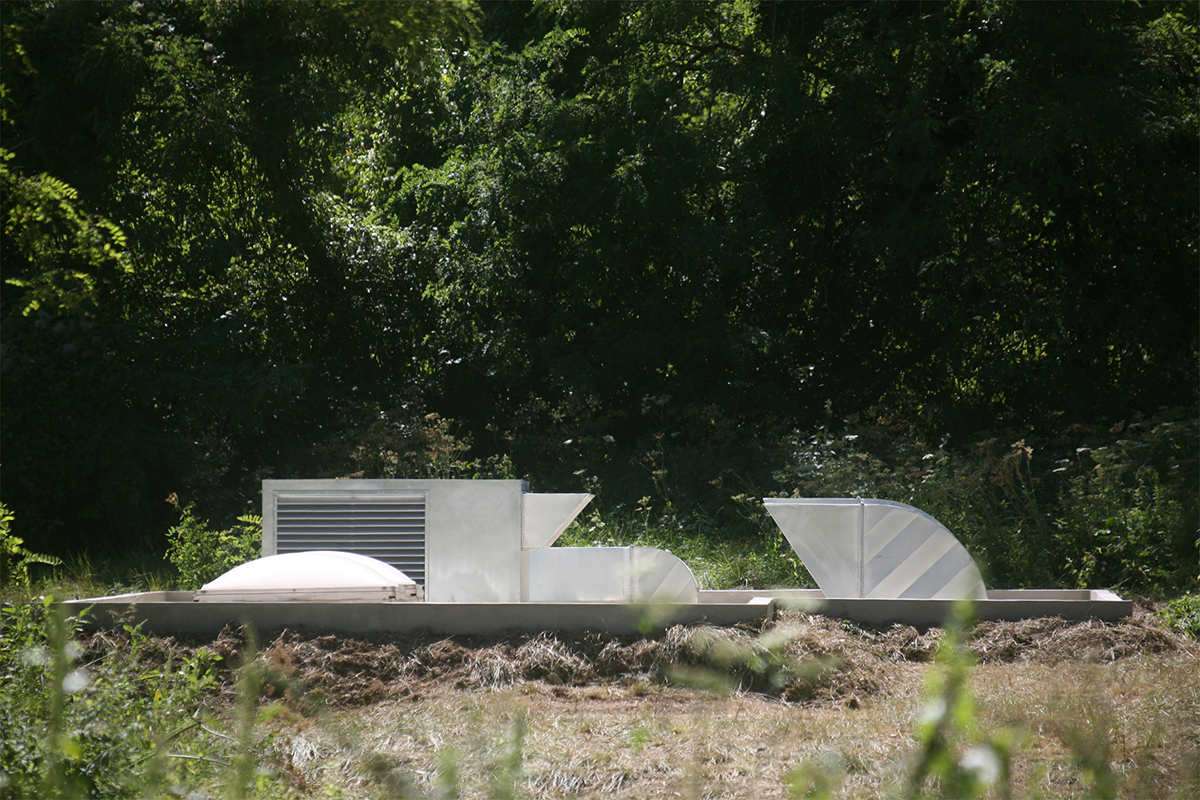 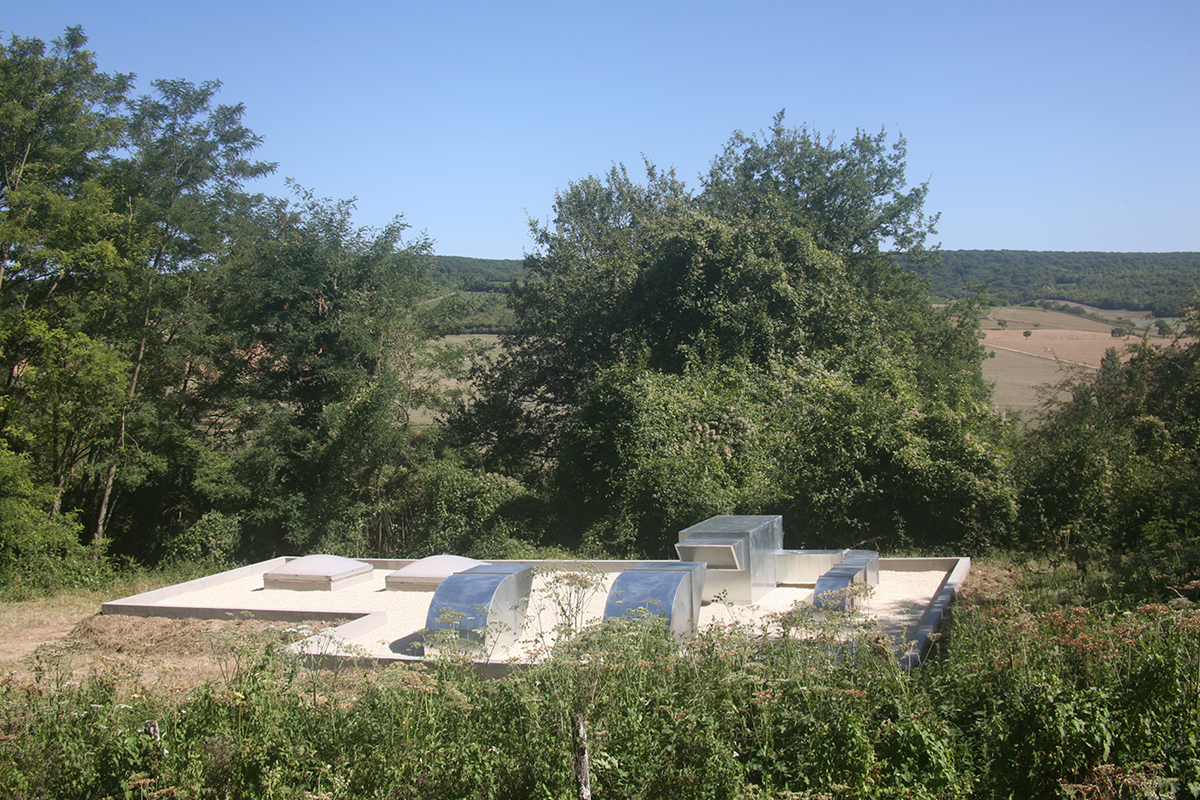 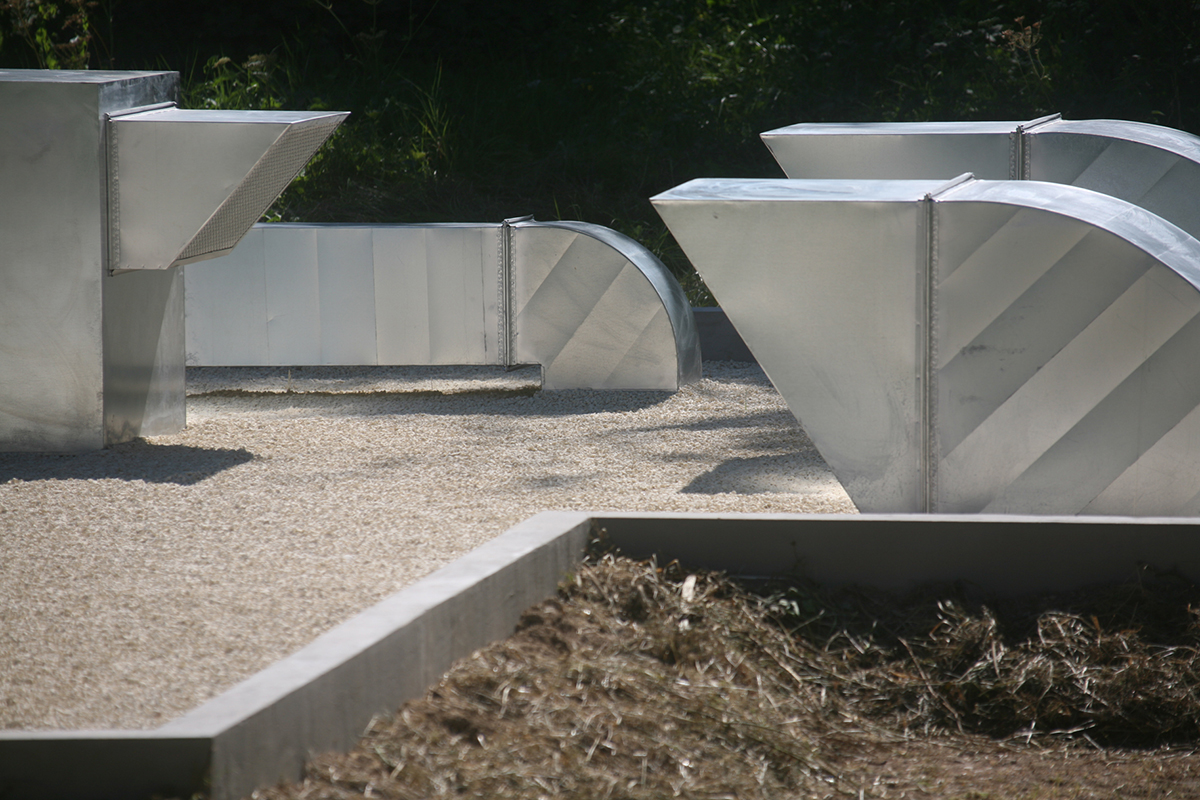 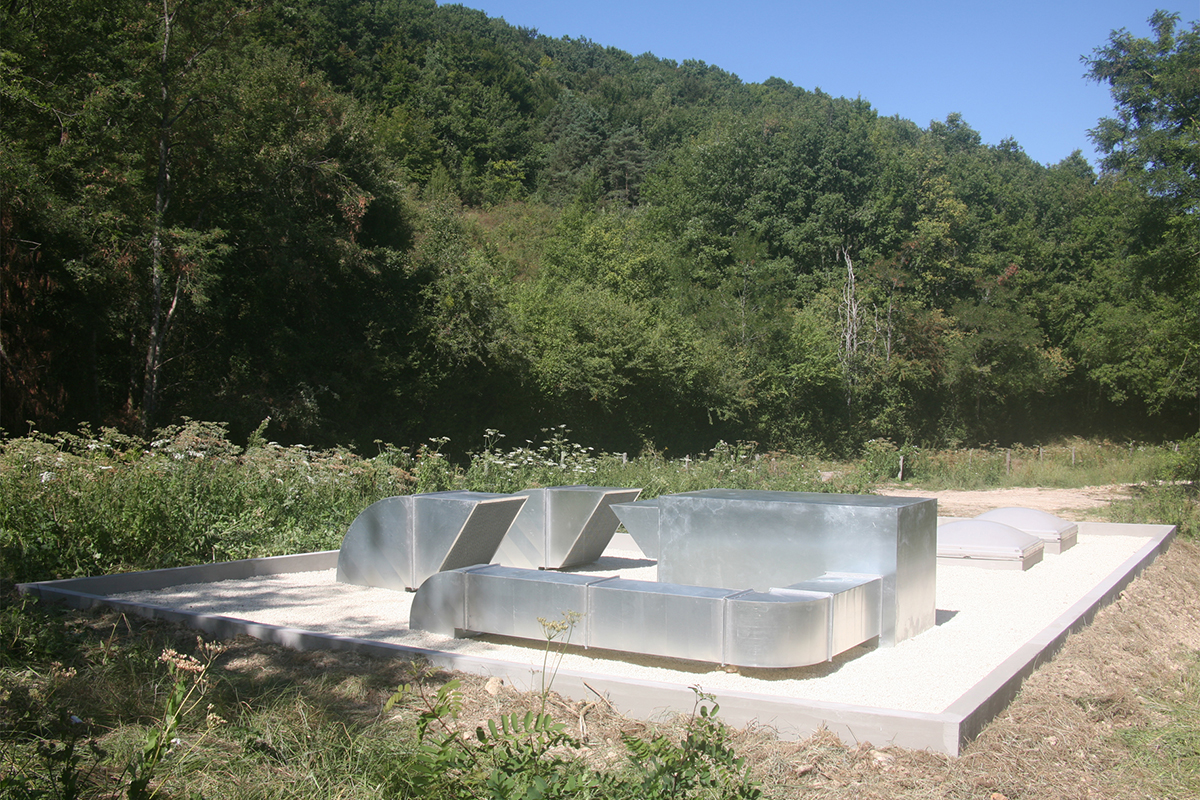 Located in Nièvre, the town of Nannay is surrounded by hills, forests, vineyards and cultivated areas. Benoit-Marie Moriceau presents a new work called Roof Garden, which functions as a disturbing element in this environment. The artist chose the site of the former landfill, land now dammed by rubble forming a precipice of about ten meters. The platform recovered by wild vegetation, puts pressure on the natural verticality of the trees along, giving the landscape a rugged character. Despite the uniqueness of this area “périrurale,” the site escapes the cliché pastoral, and remains a priori indifferent.

Roof Garden transposes the modernist vocabulary of the roof terrace in a minimalist composition. Raised a few inches of the floor, this platform creates the illusion of an underground space that does not exist. More than an illusion, this is an unlikely meeting between a replica of an urban area and a peripheral rural artificial topography. The constituent elements of this composition, each with a feature architectural, wonder through their arrangement, the less rational codes that govern the linking of art in an exhibition. The work engages a meaningful dialogue with its environment, inviting visitors to test their perception by walking among the prefabricated elements. In this, Roof Garden, returns to the roots of minimal art and particularly Scattered pieces, environments composed with raw materials scattered on the ground. The symbolic reconstruction of a landscape in the landscape, to multiple successive shots toward which the sculpture points our look are all elements that evoke the aesthetics of Japanese gardens, fundamental influence for artists of minimal art in the late sixties.
Benoit-Marie Moriceau lives and works in Rennes.