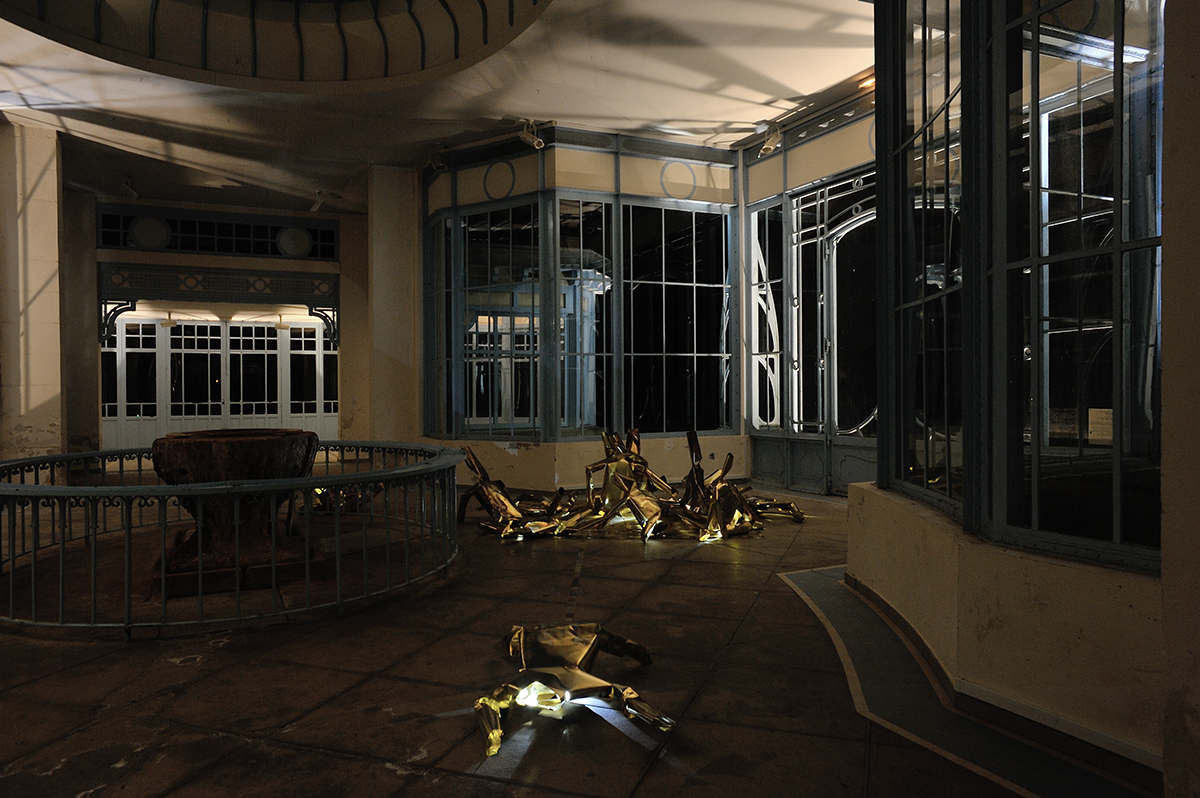 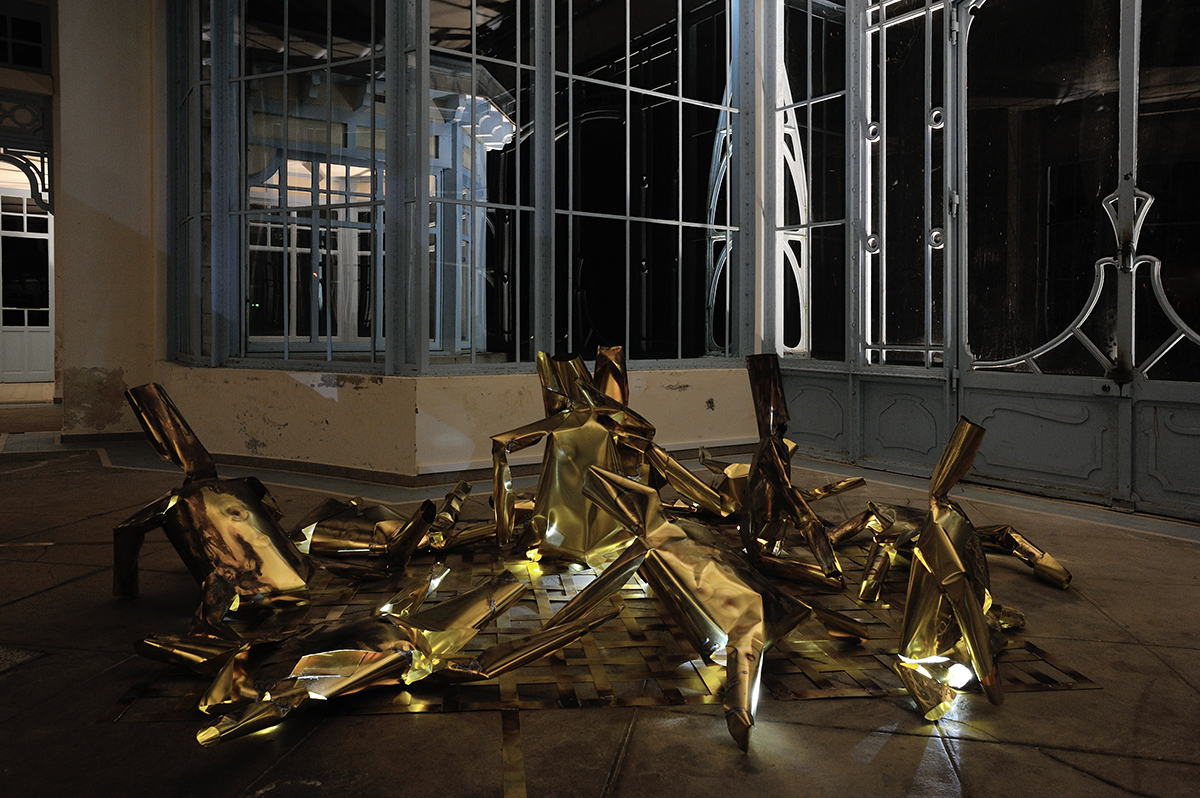 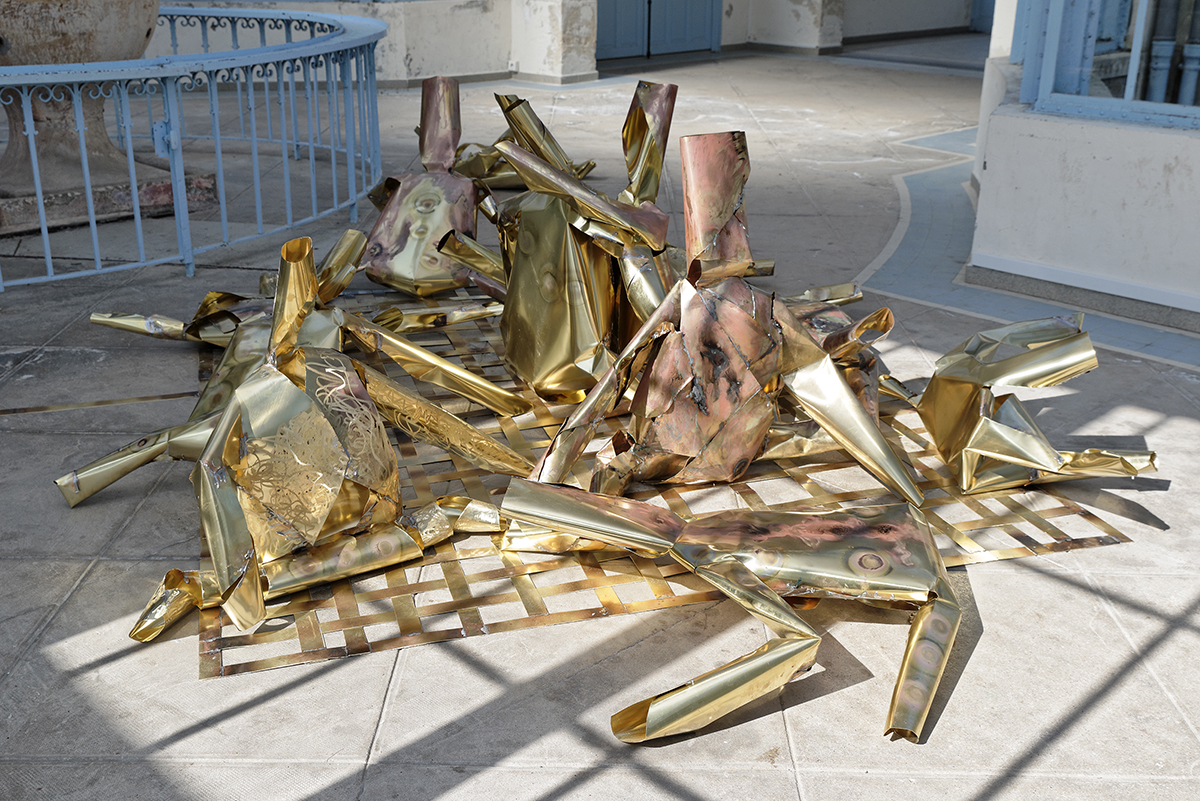 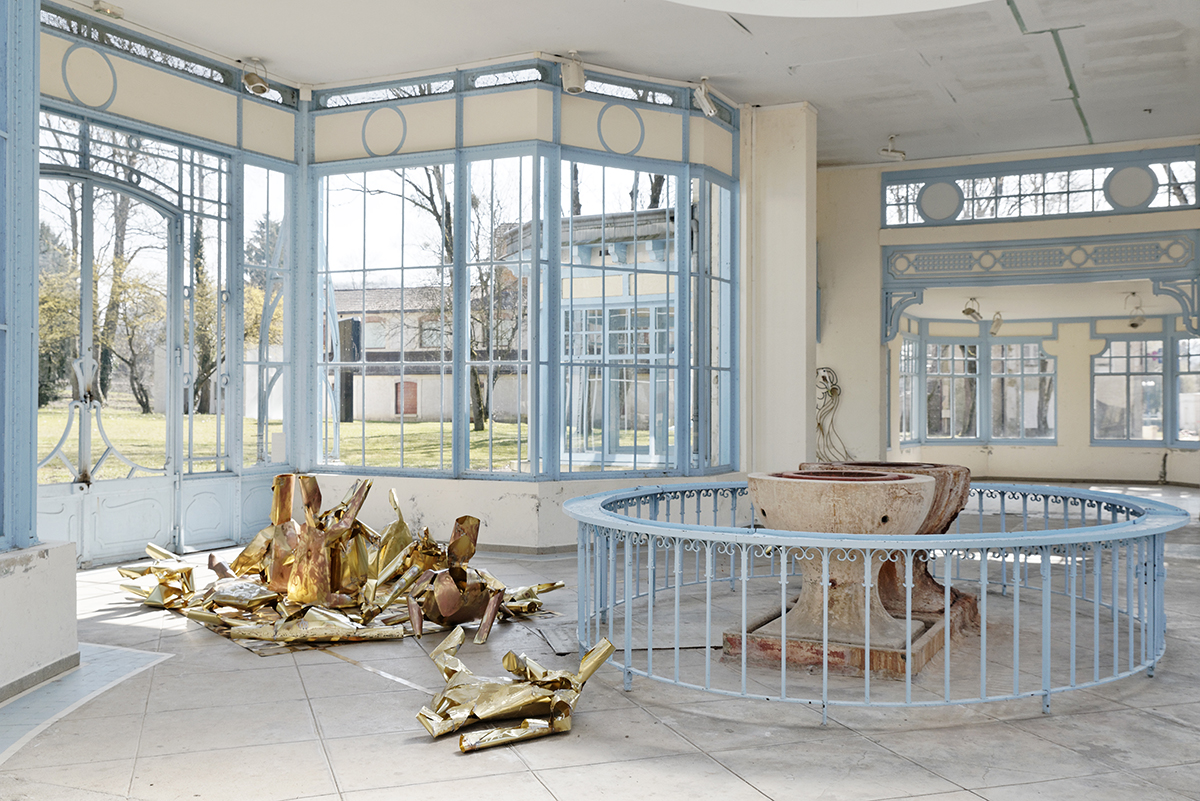 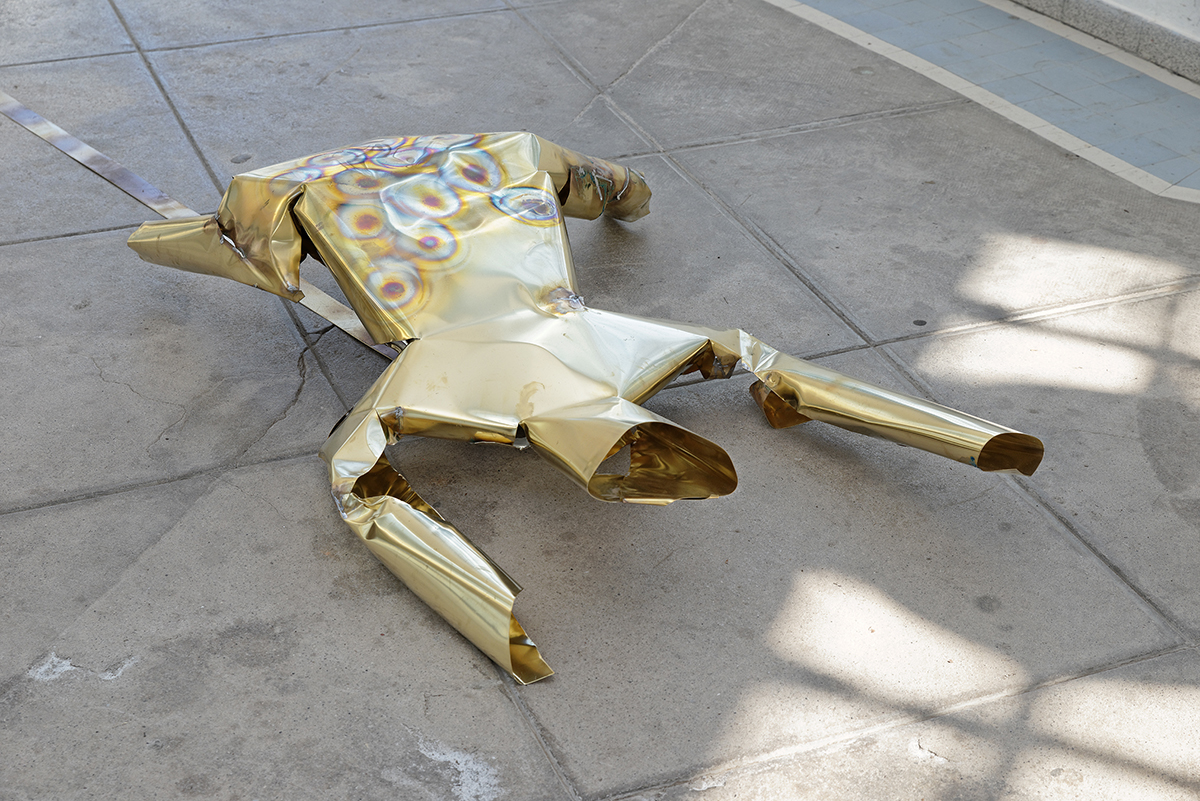 To conclude her residency at Parc Saint-Léger, Caroline Mesquita is presenting Sloths. The project was specially designed for the Pavillon des Sources, a huge, blue-framed glass pavilion a couple of dozen meters away from the art center’s exhibition space. Like its French equivalent “paresseux,” sloth designates a creature that is halfway between a bear and a monkey, living most of its life suspended upside-down from tree branches in the Amazon. Mesquita’s installation, consisting of about ten representations of sloths, shows them standing on the ground. This is their most vulnerable position, as their characteristic nonchalance makes them a choice meal for terrestrial predators.

In the Pavillion des Sources, turned into a large glass enclosure for the occasion, the brass sculptures reflect the sunlight that shines through the building during the day; by night, the light radiates from the metal itself, as if it were some signal translating the energy of the body. The stained, partly oxidized surface seems to carry the distinctive mark of that secret and ephemeral community whose members are interconnected by the fine lines running across the floor.

But what is the installation really about? What is at stake in this assembly? If the mystery remains unsolved, we can put forward a few conjectures all the same. For instance, one could postulate a correspondence between the ill-adapted body of these animals, forced to live in a hostile environment, and the human body, whose survival likewise depends on its compliance with the social and economic environment.

Caroline Mesquita was born in 1989 in Brest. She lives and works in Paris.
The artist graduated with a DNAP from the École Régionale des Beaux-Arts in Rennes (2010) and a DNSEP from the École Nationale Supérieure des Beaux-Arts in Paris (2013). Since then she has taken part in a number of events, including “La Vie Matérielle,” the 16th installment of the Fondation d’Entreprise Ricard award in 2013.