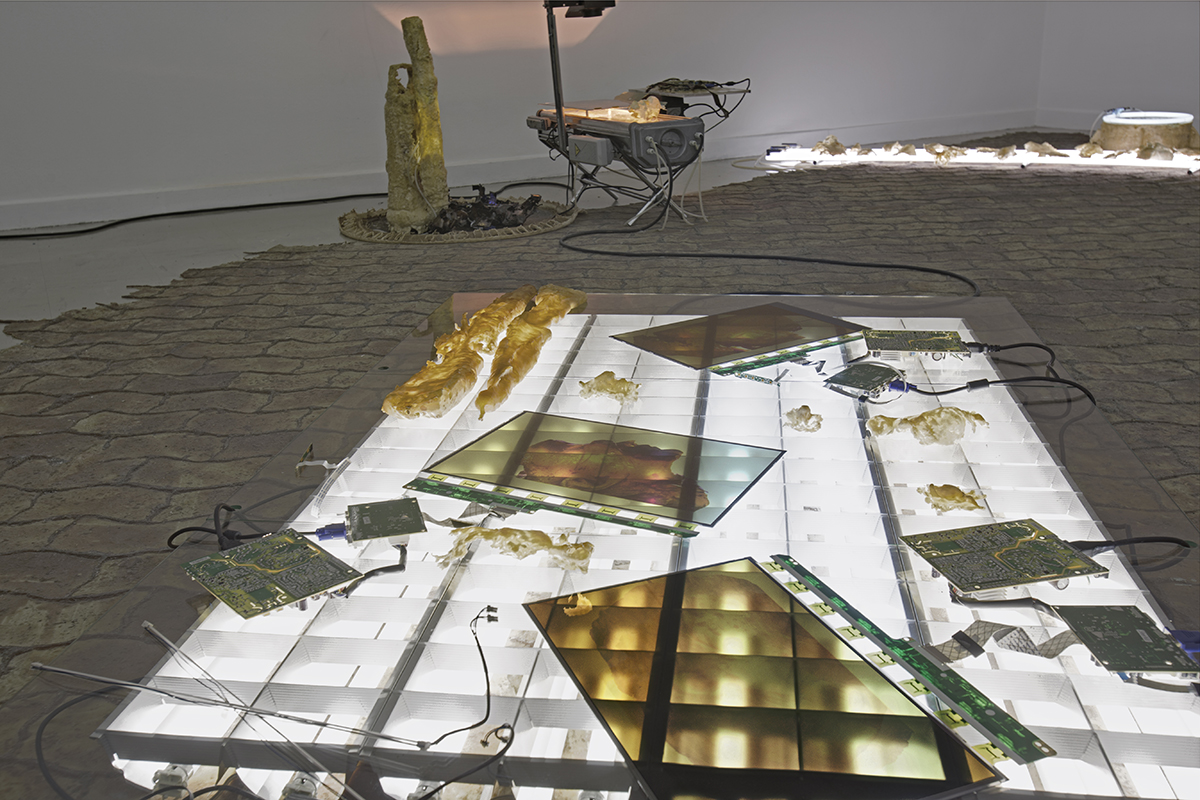 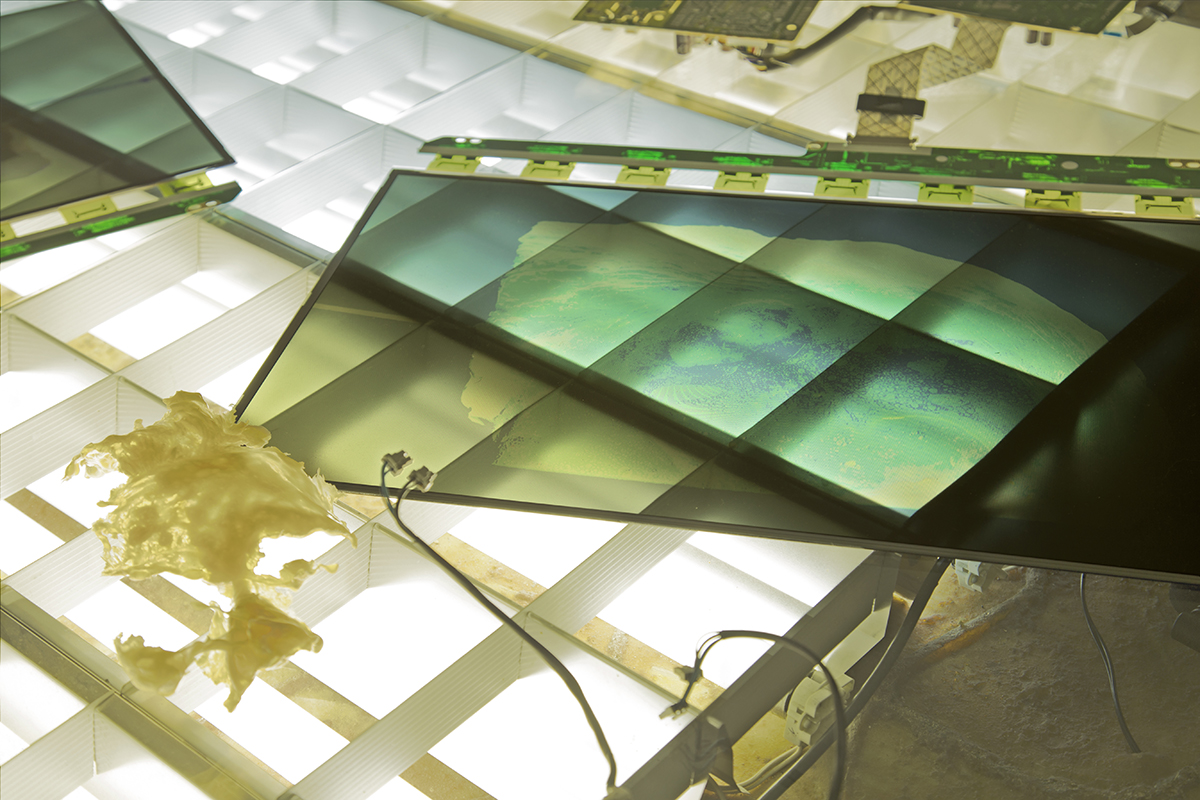 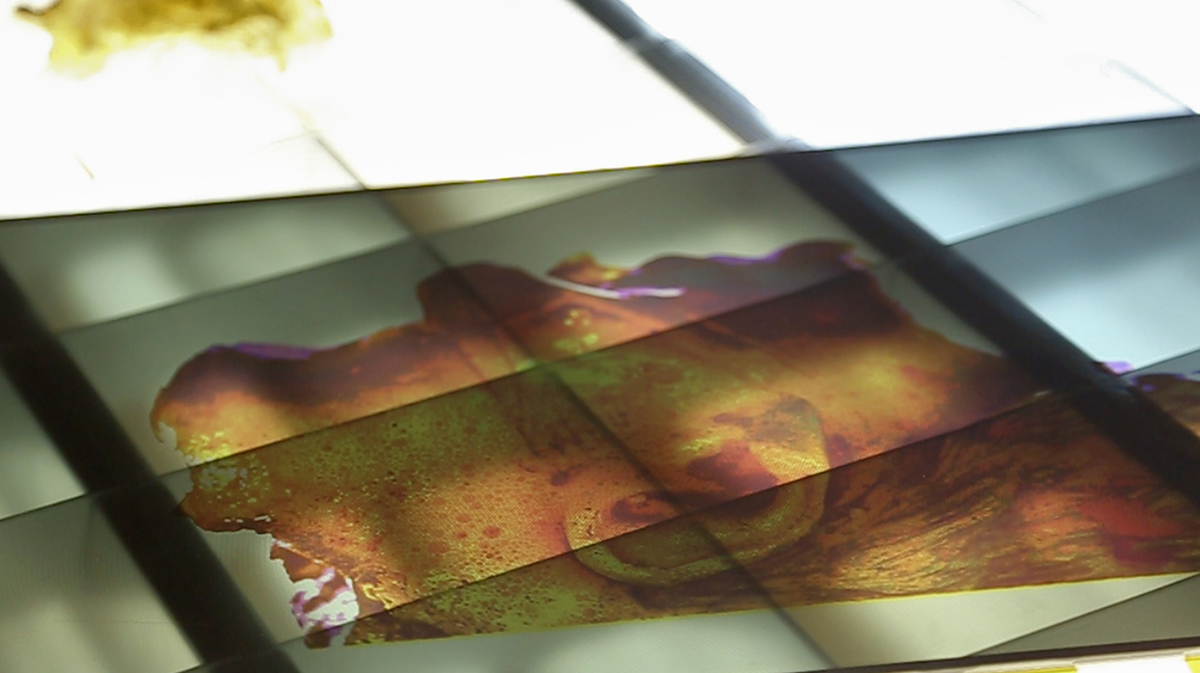 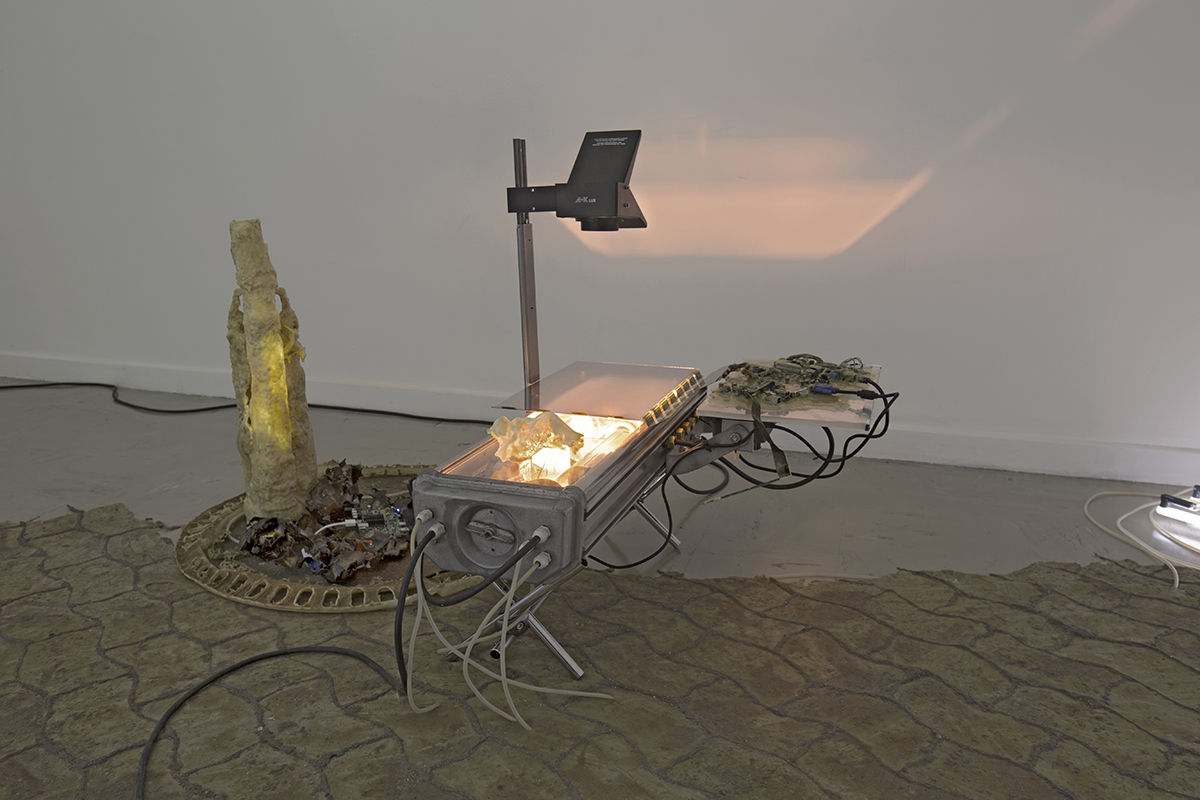 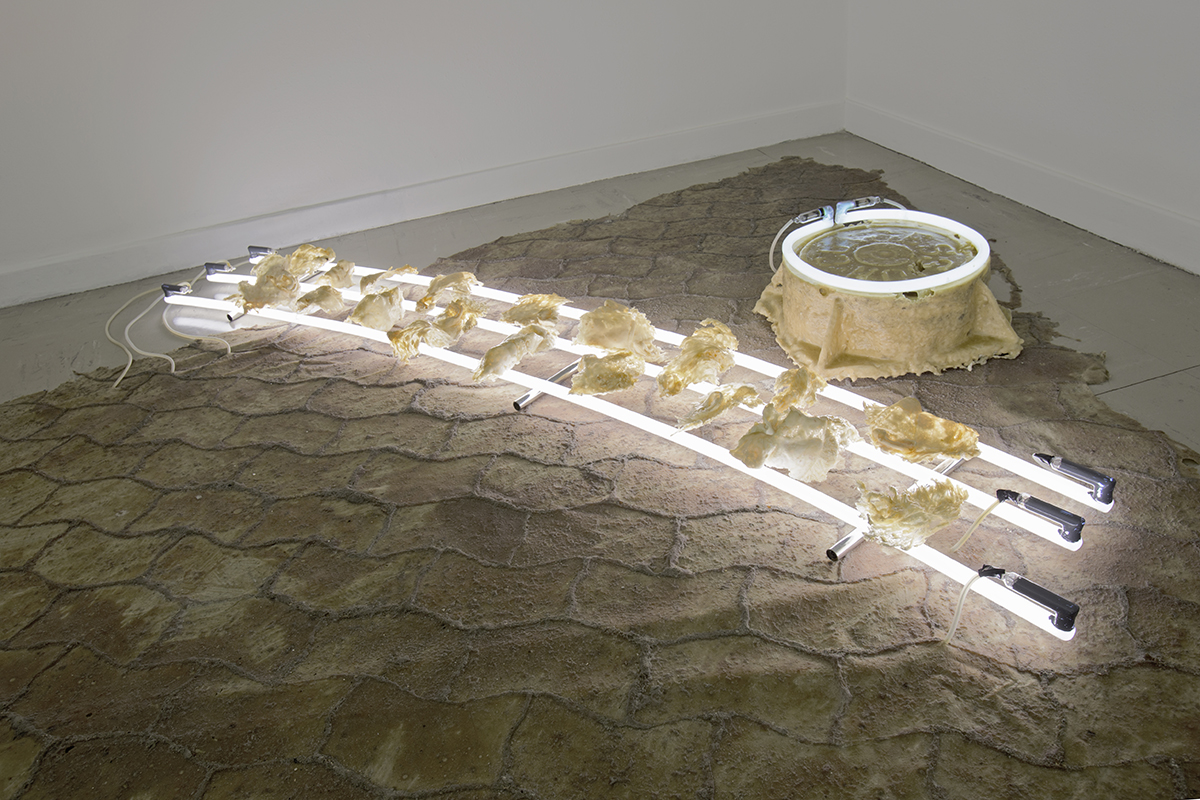 Chloé Delarue’s exhibition TAFAA – TECH SENSE ORNANEMENT is the final chapter of a trilogy that began back in the spring of 2016 at the Lycée Raoul Follereau (Nevers) and was later featured at the Collège Le Rimorin (Dornes). Chloé Delarue’s show was designed for Galerie S102 at the Collège Adam Billaut (Nevers). It concludes a more global reflection on the shape of a society in transition in light of science fiction, speculative-fiction stories, and digital and scientific changes.

TAFAA is the acronym of Toward A Fully Automated Appearance and it is under this tree view that the artist’s latest exhibitions are linked like so many possible storylines questioning the interweaving of technology and the living. Half way between the tropical greenhouse and the data center, and designed as a global multimedia environment, TAFAA – TECH SENSE ORNAMENT forms a space for hypotheses that has conserved the organic legacy of a virtual being whose extraction generates as many samples as it does anomalies.