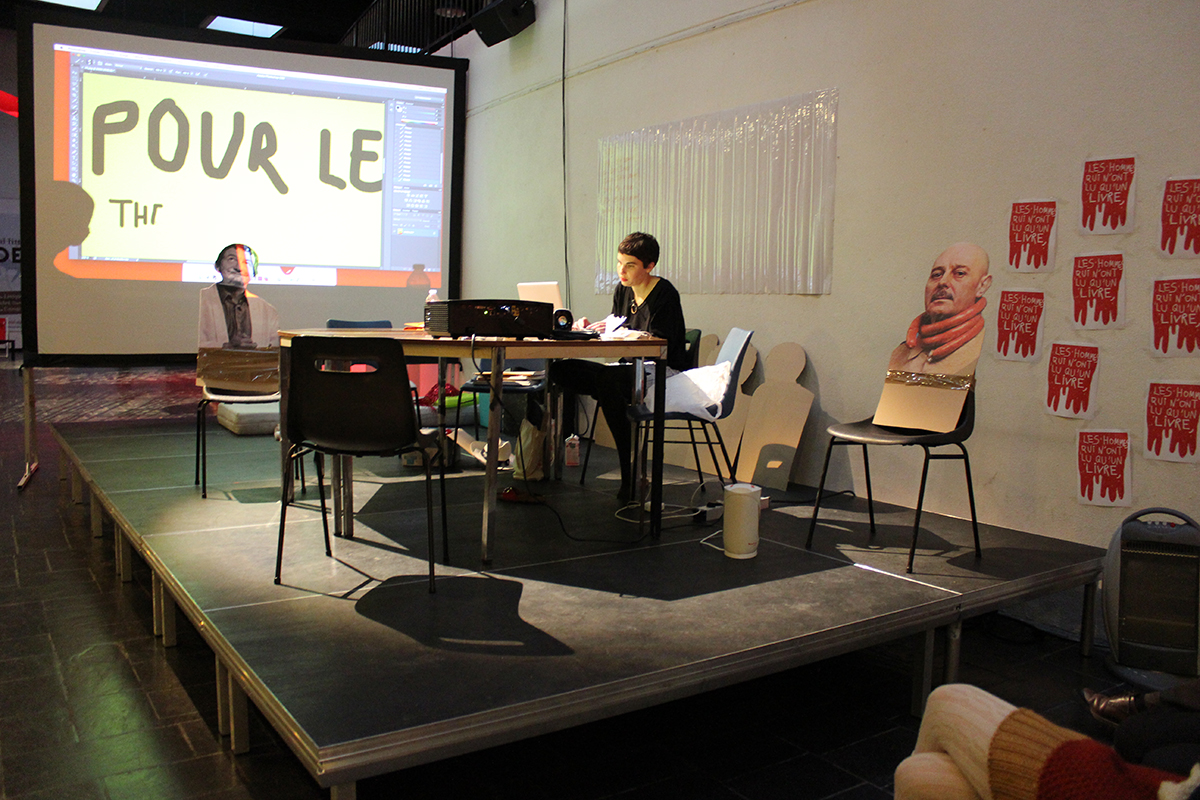 Acting on the idea that artistic performance consists in “an action that one does not act but really does,” Clara Gensburger, a young artist who graduated from art school in Lyon in 2011, takes inspiration from the contemporary society of the spectacle for her performances in public. Wresting, reality television, and sports competitions are thus seen as so many events whose narrative mechanics, constantly torn between the intensity of live action and the rules that determine the game, are open to analysis by the artist. For Tandem, Gensburger conceived a device that actually took the form of a festival. Midway between an editorial meeting and an artists’ squat, she occupied part of the MCNN hall to humorously question the links between art and literature.