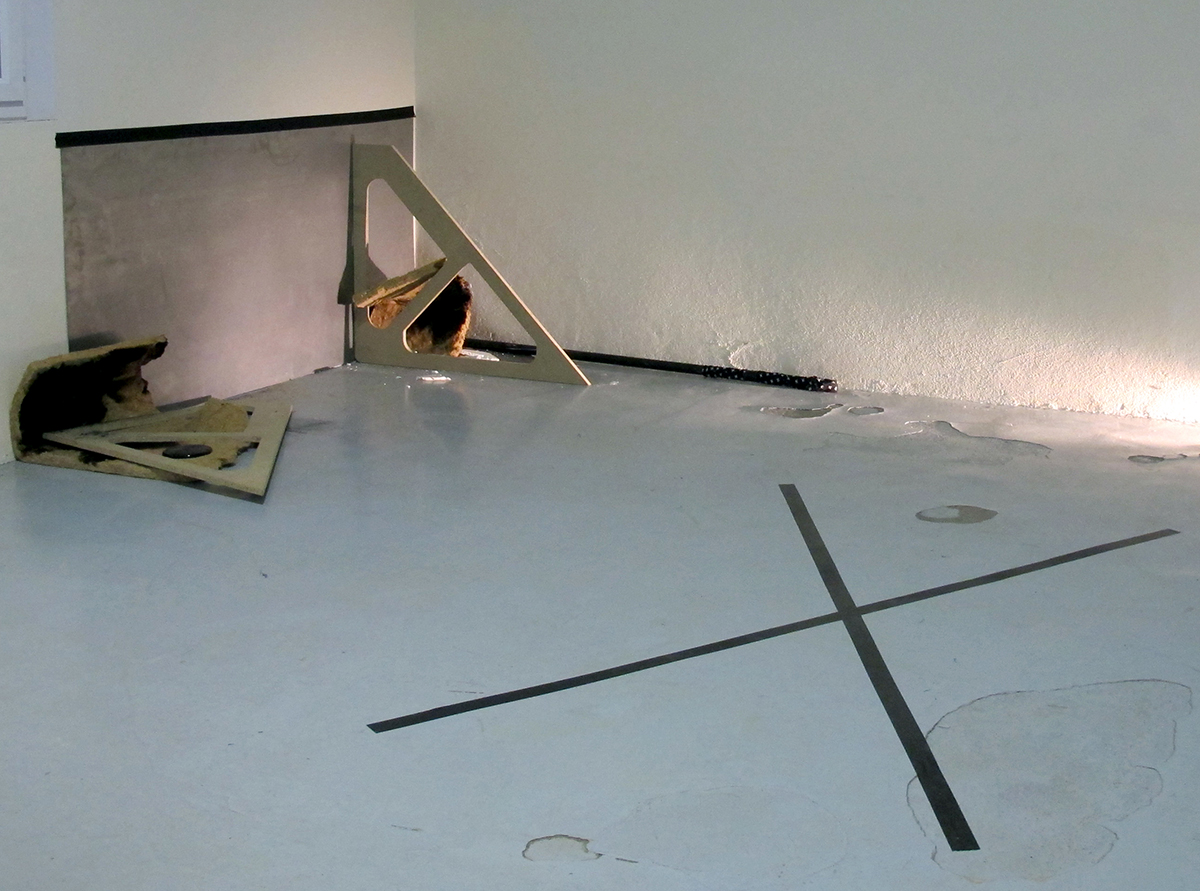 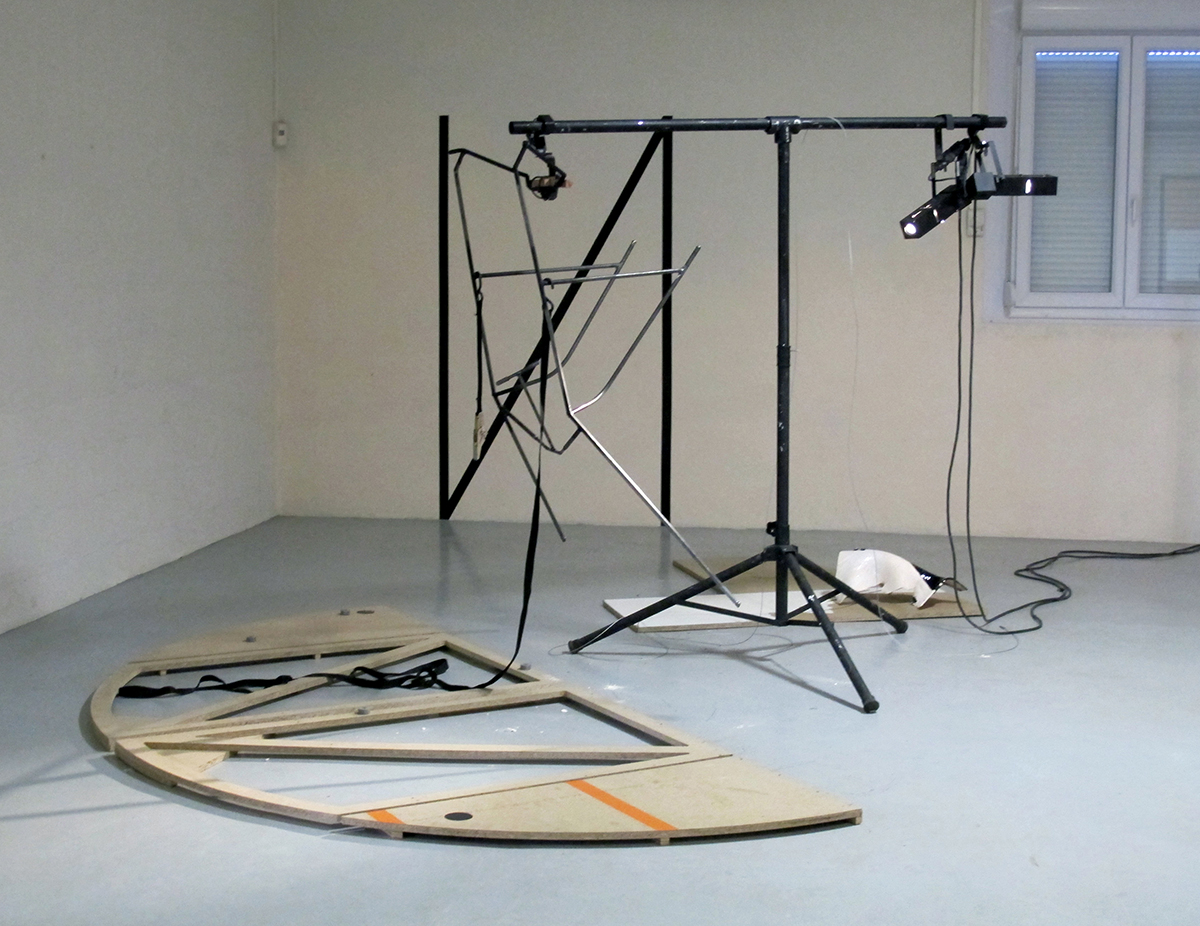 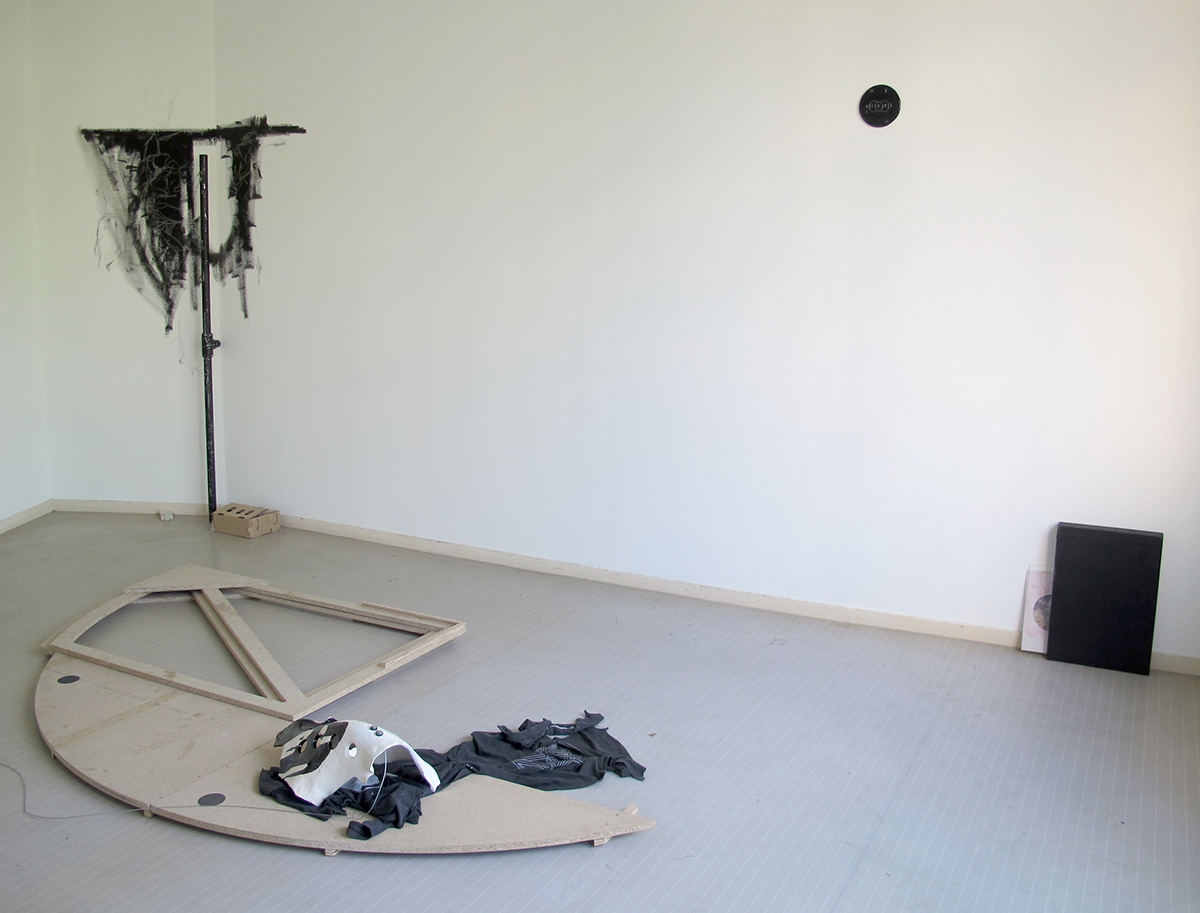 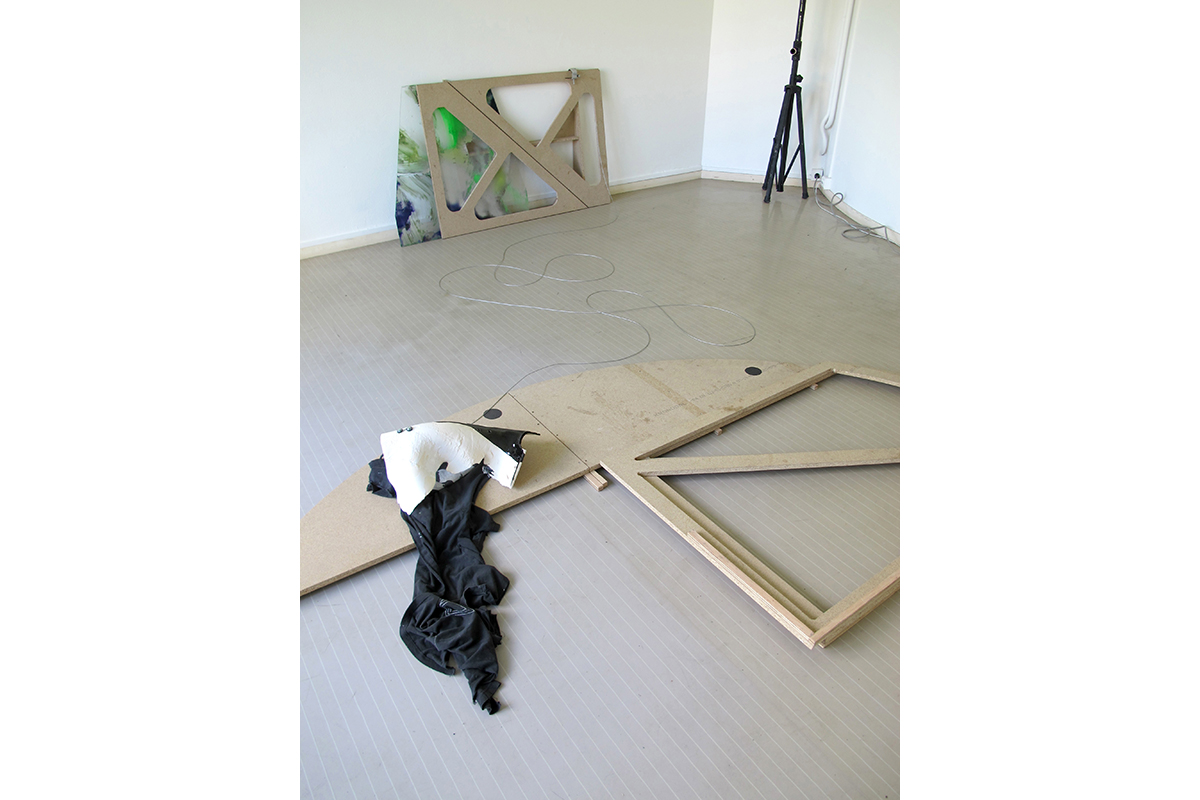 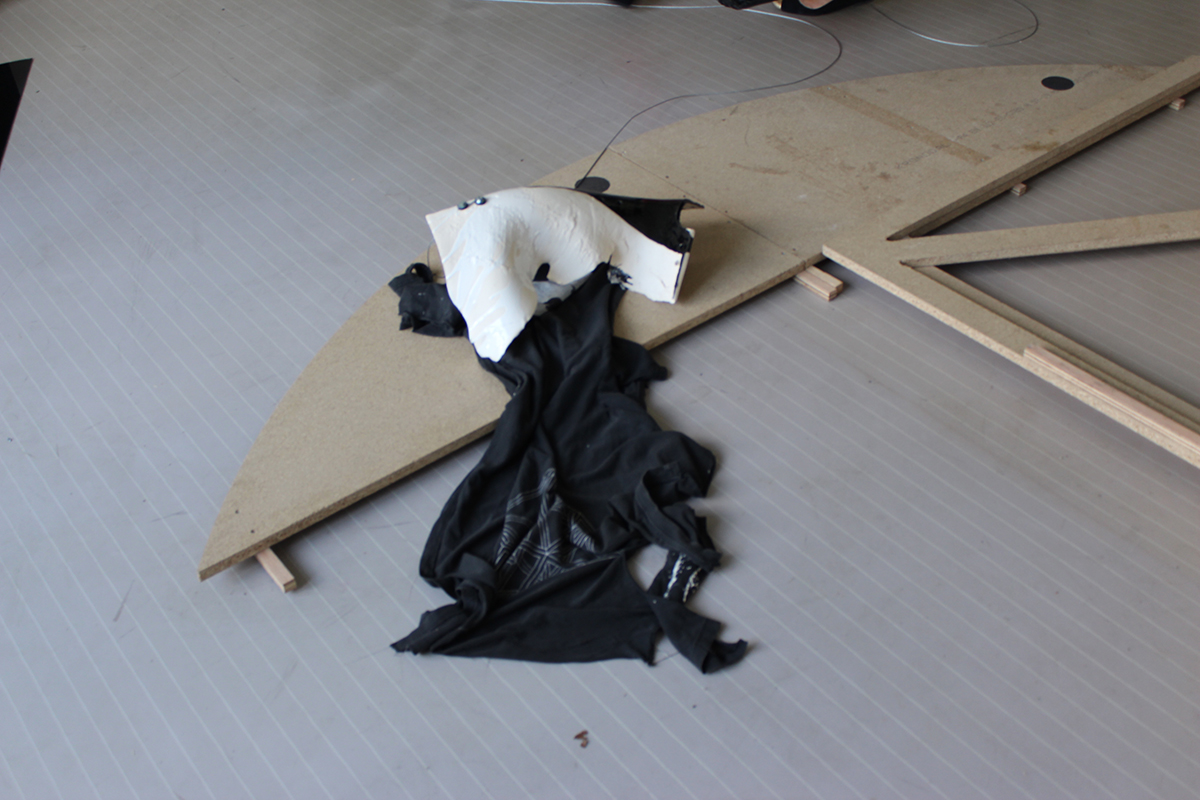 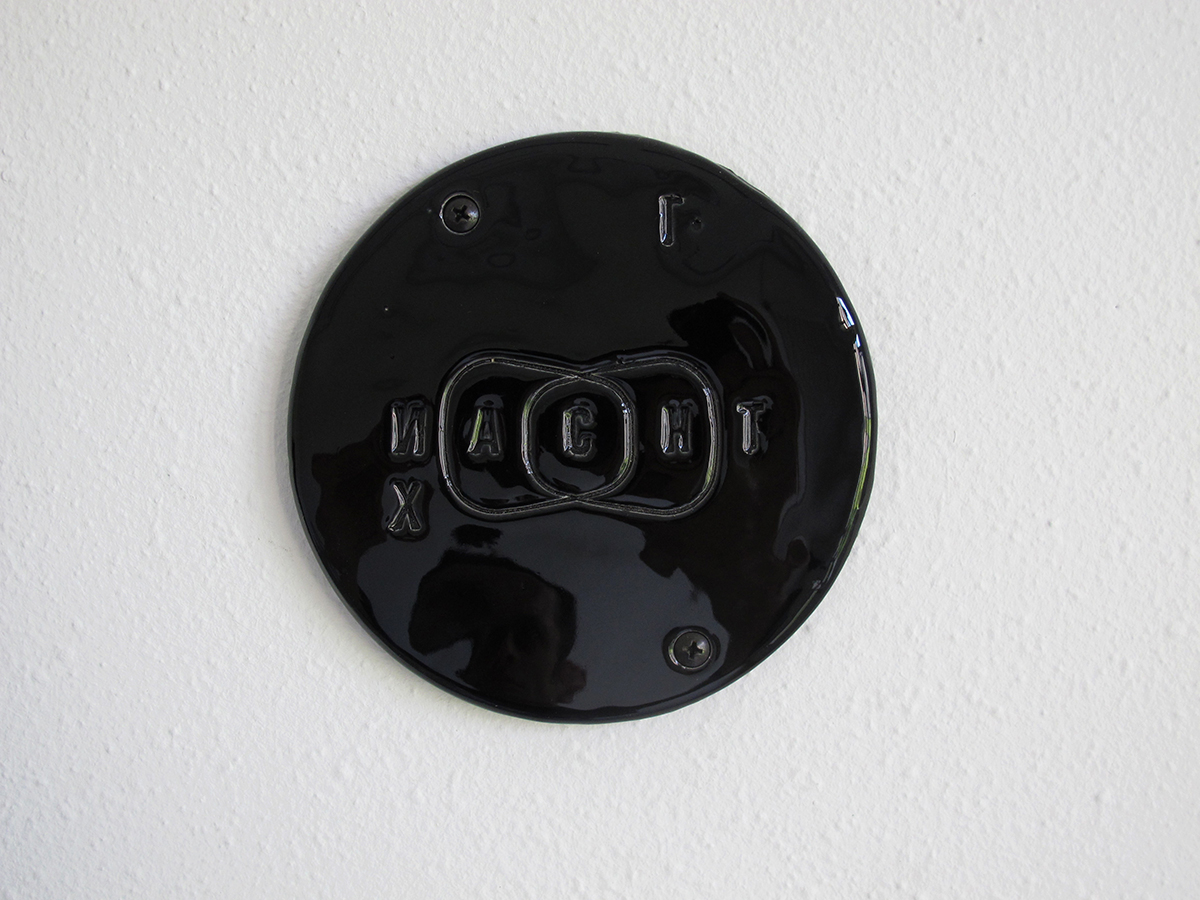 Ekphrasis is an inverted exhibition, mounted backwards, and resonating with an origin that does not exist. The starting point of the project is the displacement of an exhibition between two completely opposing spaces in terms of dimensions, architectural style, and context… Thus the artists Elise Vandewalle and Andrès Ramirez were invited to devise a flexible exhibition that was able to be deployed for the first time at the Collège Le Rimorin in Dornes, in the vast space of the gallery (once a technology workshop for the students) then immerse itself in the strange architecture of the Collège René Cassin in Cosne, combining Dutch architecture and the world of Harry Potter.

The notion of “ekphrasis” was later suggested by the art teacher in Dornes, Christophe Ravignot. The term refers to the evocation and description of a fictive or real work of art within a text. The project involved students from both establishments communicating via a website to discuss the exhibition, in the form of texts or mysterious fragments from the installation.

The project proposed by Elise Vandewalle and Andrès Ramirez is therefore an echo of these exchanges that have not yet taken place, thus presenting to visitors and students fragments of an artwork that is already being discussed without yet having been created. These elements that support a future narrative are made of ceramic, sutured with metal, and animated by enigmatic videos. They evoke reflections,
a form of lack, or the start of a science-fiction story. Beyond a fixed and frozen form, visitors find themselves confronted by an assemblage that resembles a freeze frame in an ongoing story.

The exhibition travelled to the Collège René Cassin in Cosne-cours-sur-Loire from 4 June.

The students’ participation is presented on the Ekphrasis website:   ekphrasis.jimdo.com

Céline Poulin, curator of the exhibition and head of Hors les Murs programming at the Parc Saint Léger.