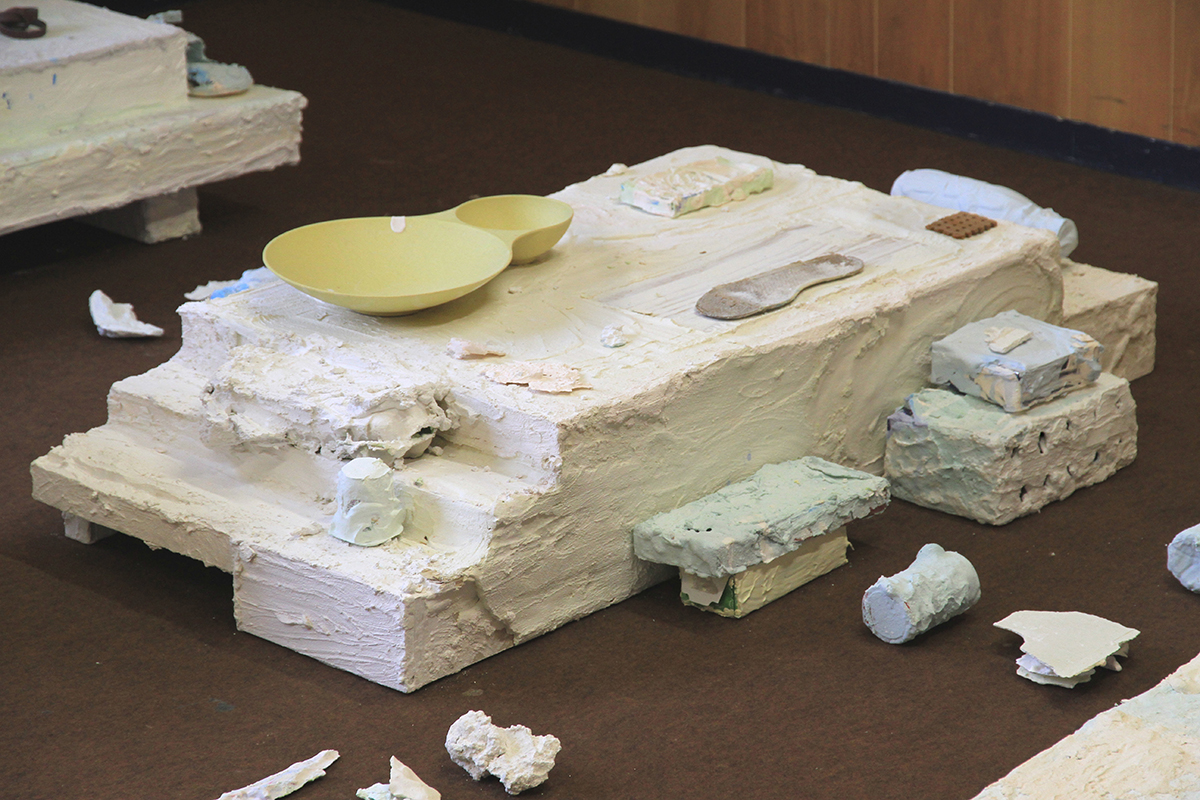 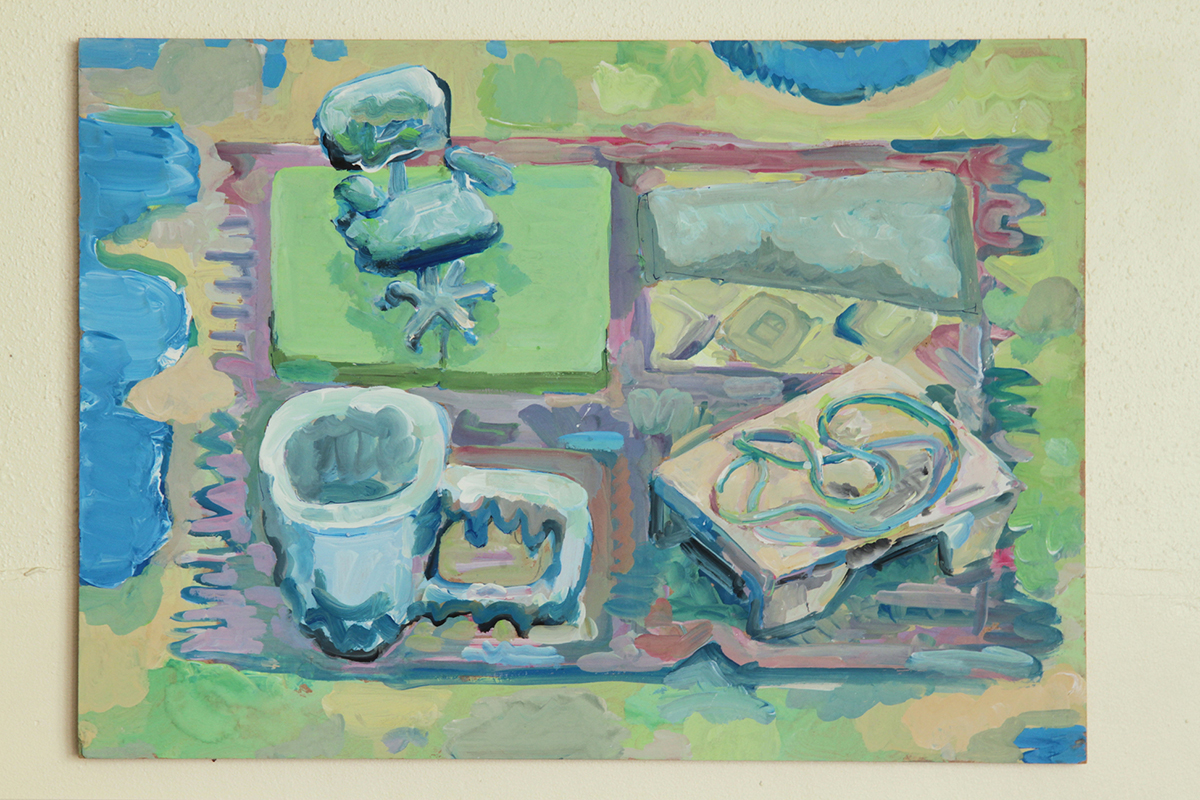 “He was now looking at a cubist landscape, a collection of random white forms below a blue backdrop, across which several powdery green blurs moved slowly backward and forward. Idly, he wondered what these geometric forms really represented – he knew that only a few seconds earlier they had constituted an immediately familiar part of his everyday existence – but however he rearranged them spatially in his mind, or sought their associations, they still remained a random assembly of geometric forms”.

Consider the initial situation. The Collège René Cassin, in Cosne-sur-Loire, has converted a schoolroom into a gallery where, almost every year, artists are invited by Parc Saint-Léger to design a project. The exhibitions that have been presented in that gallery since its creation are not characterized by a common theme or medium; the practices vary and, by the very fact that they compose a fragmented, complex image of contemporary art, they indeed train the student’s eye in its forms and their mind in its current themes and concerns. From this perspective then, and by virtue of the rich imagery and fruitful visual approach that is conveyed by his works, this year we invited Ernesto Sartori, an Italian artist born in Vicenza in 1983.

Observe now the situation as it unfolded in practice. Upon his arrival at the Collège René Cassin in Cosne-sur-Loire, Sartori discovered a school whose peculiar architecture left him, to put it frankly, perplexed. Not that he didn’t like the place – quite the contrary. Behind its red-brick façade, reminiscent of a small American campus, the school hides a system of irregular interlocking spaces, a labyrinth of corridors converging on a central hub, with a patchwork of bright patterns covering the floor. The artist’s perplexity was rather caused by the discovery that on the very same premises where everyday users (administrative, technical and teaching staff, as well as students) saw function rather than form, there existed a peculiar aesthetics that was not unrelated to what runs through his own work. Taking stock of such familiar incongruity, Sartori turned the school into a large-scale playground, with the help of two classes. This is how Orto was born.

Orto in Italian means “vegetable garden.” But phonetically the word also evokes the prefix “ortho-” in French, the ortho of orthography, orthogonality and orthodontics, suggesting a certain idea of order, of things being arranged exactly the way they are supposed to be. At first glance, such self-attributed rigor may seem surprising in Sartori’s work. The unbridled fictional quality of the worlds he creates in his paintings and sculptures seems to enable the most improbable encounters between forms, materials and creatures. But such an interpretation would be misleading, as it would overlook the fact that the artist, having adopted the fictional personas of Gary and Duane a few years ago, used to create worlds from inclined planes with a 35° tilt. On such a slanted norm, fiction seemed to be all the more fertile.

At the Collège René Cassin, Sartori uses the venue’s architectural context as the basis of a visual experience similar to that of a first-time visitor from outside the institution. Starting from objects of our everyday environment, made more abstract by a layer of colored plaster that hides their initial referent, Sartori creates an environment of forms that offers a new fictional horizon to the eye of the overloaded man.