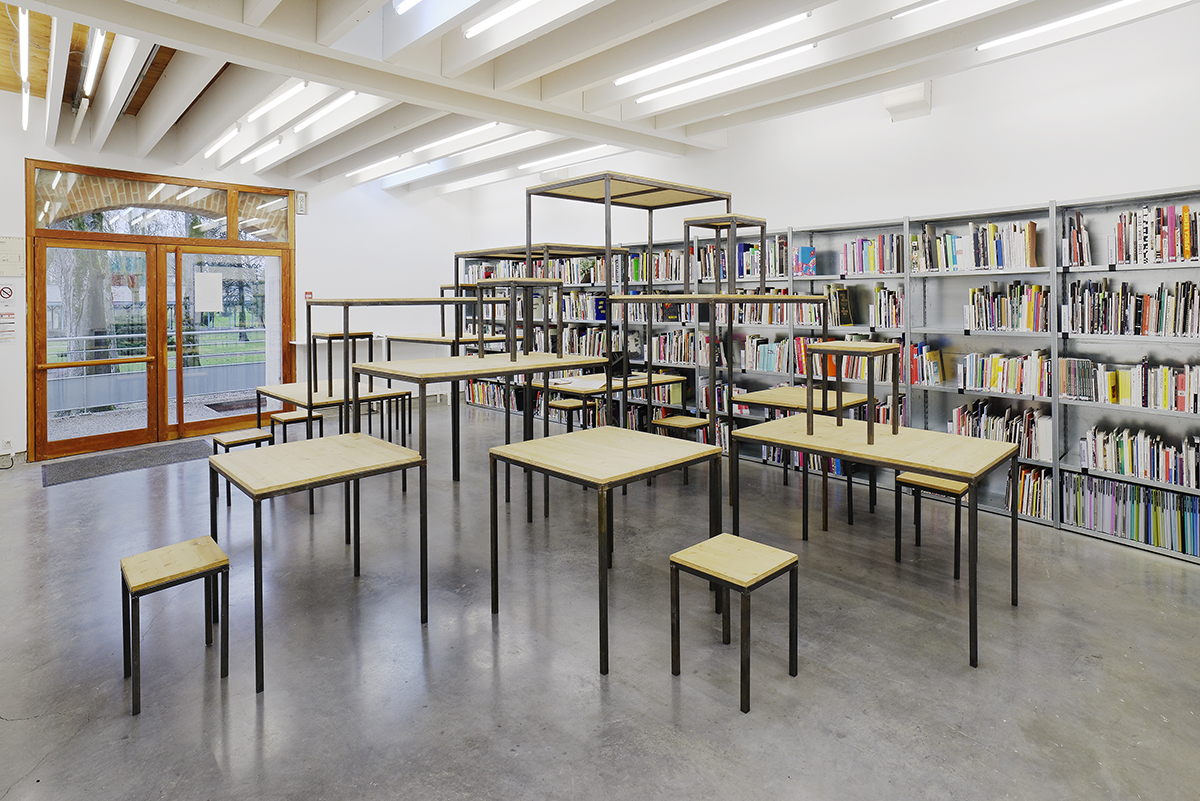 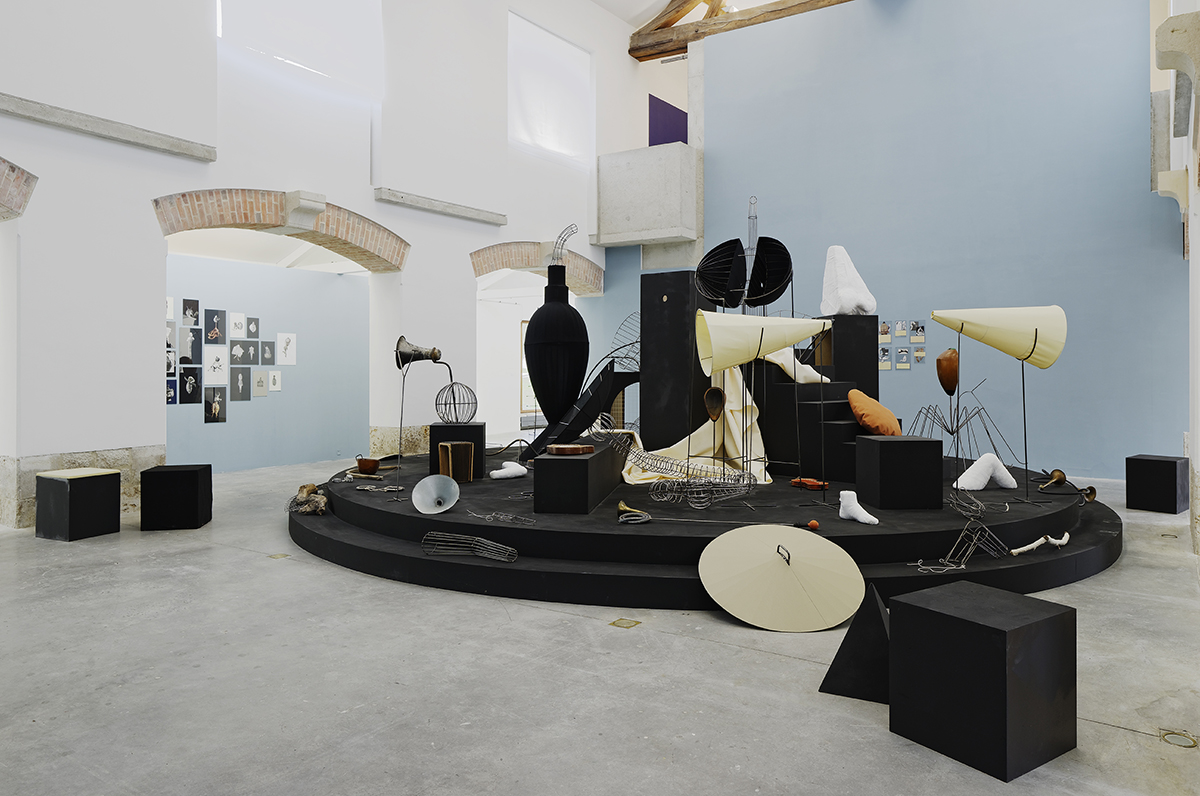 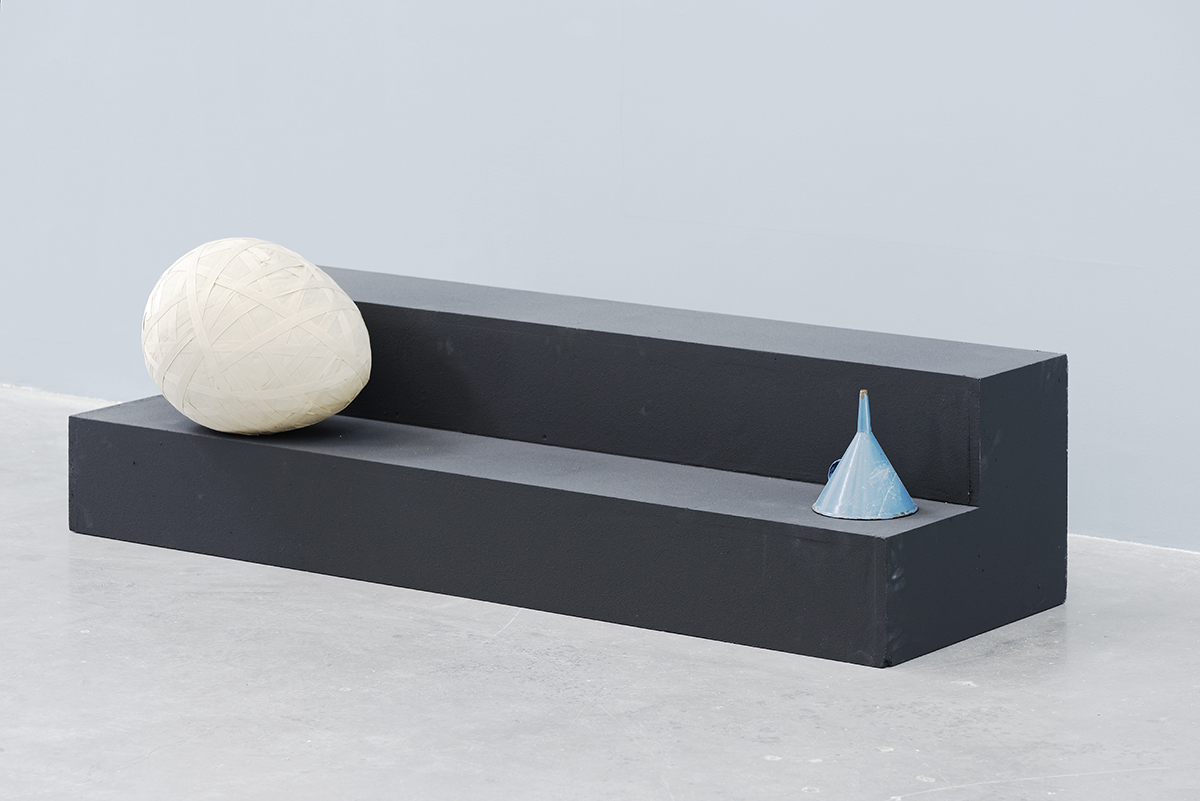 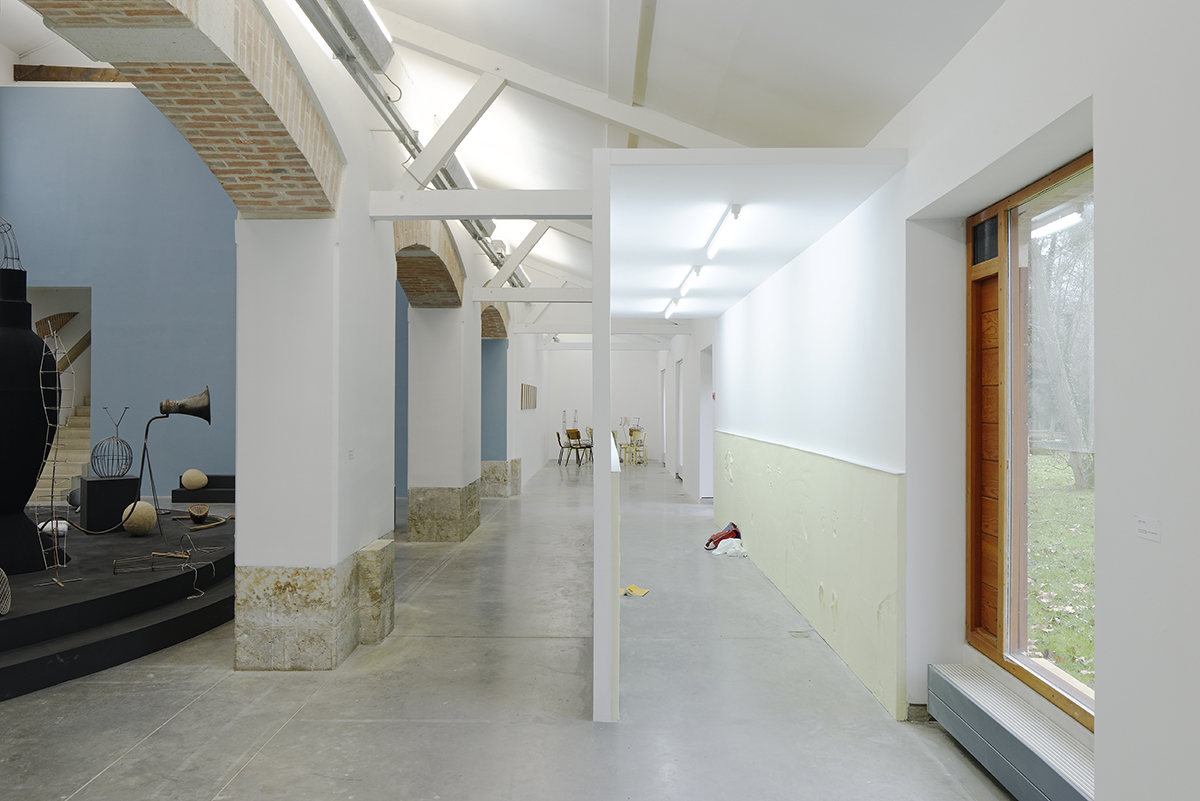 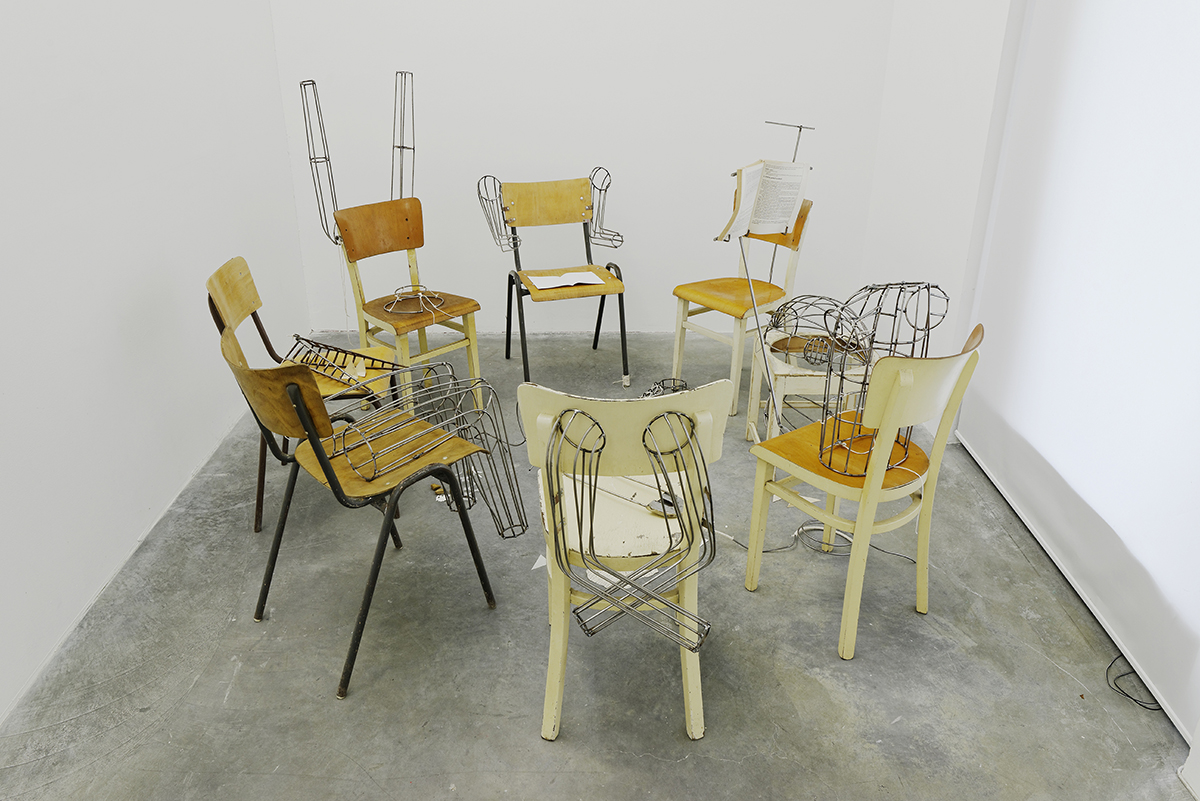 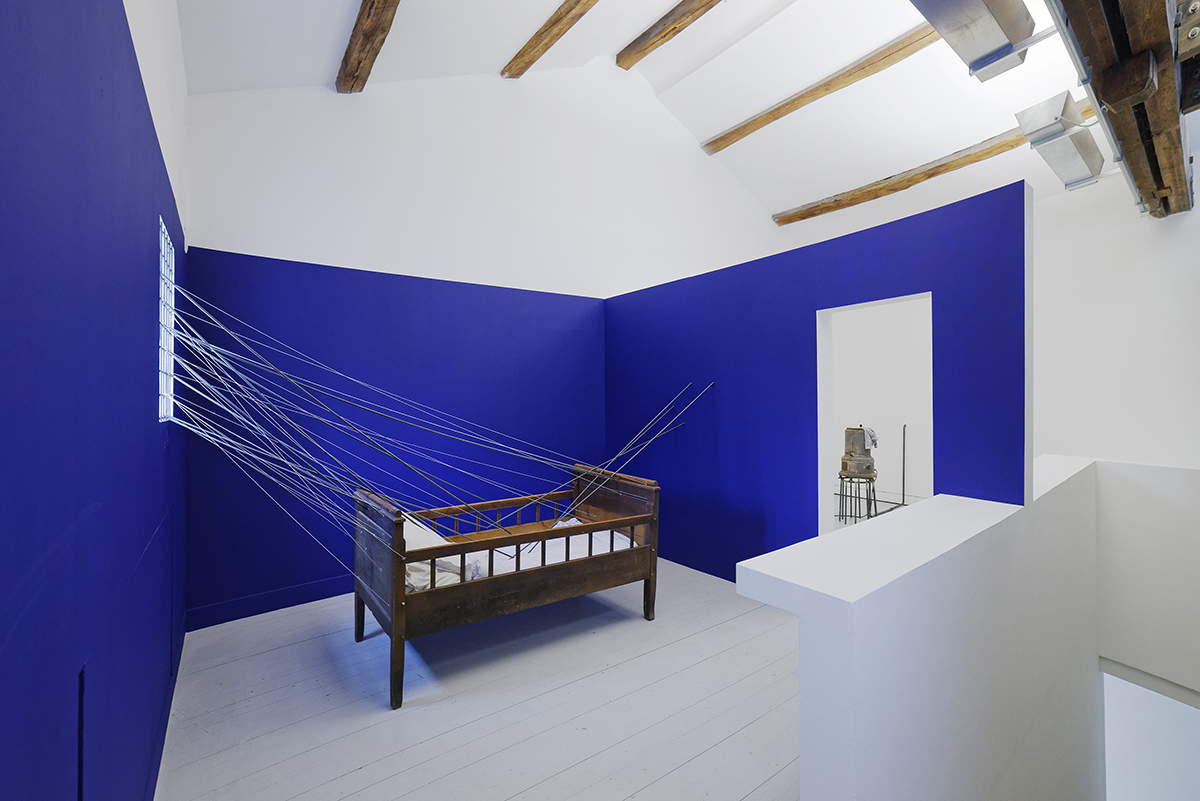 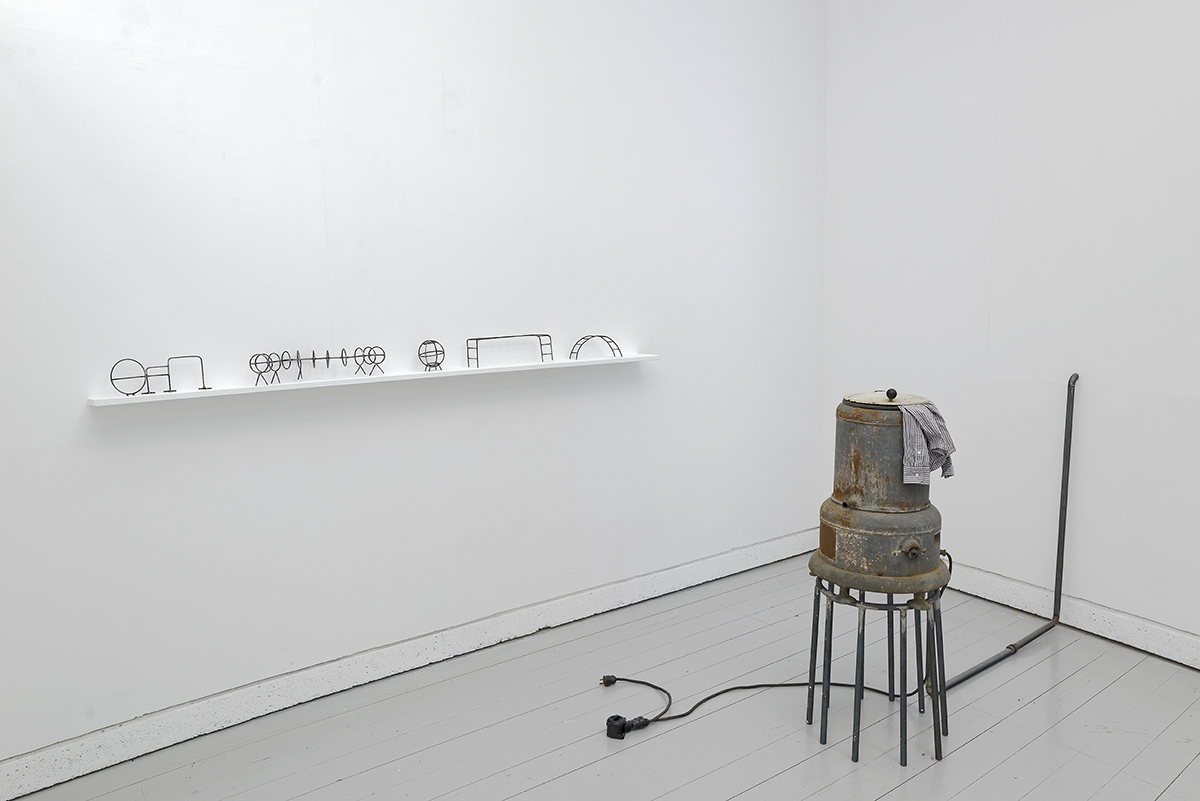 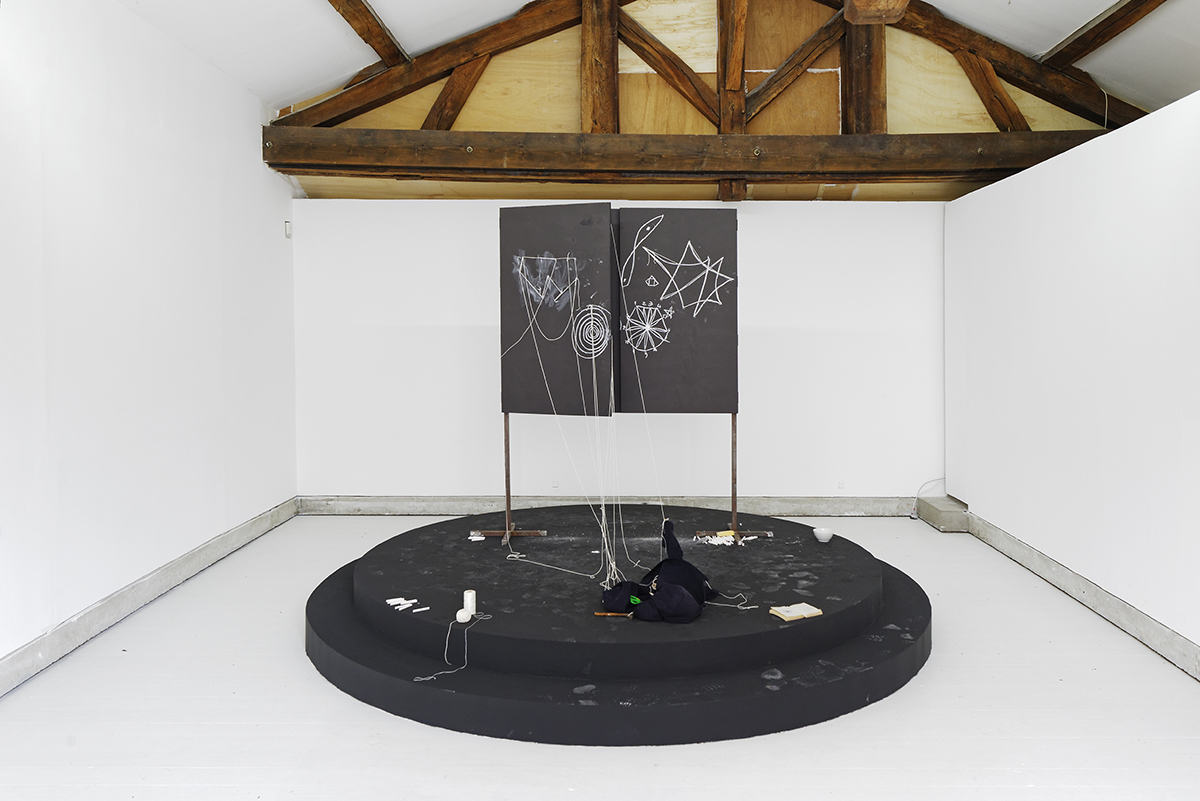 Parc Saint Léger is delighted to present a solo show with the artist Eva Koťátková. The show offers a look back through her work with a display of both old works and pieces that are being shown for the first time, extending a particular corpus called “Theater of Speaking Objects.”

Through her installations, drawings, videos, and performances, Eva Koťátková explores a form of mediation between man and the world, and the processes of subjectivization vis-à-vis her objects and installations. Like her exhibitions, the artist’s installations always have a narrative character. Yet her narrative never develops linearly; rather, it is fragmented, broken up, or interrupted, underscoring in this way the di culties of communication. She develops her constructs in such a way as to suggest that ideas, thoughts, and emotions can only be formulated indirectly.

At first the artist, interested in the different educational models that are spread throughout all societies, sampled images in historical books on education. Her iconography draws its inspiration from a number of sources, including the practices of Moritz Schreber (1808-1861), the German physician, teacher, and orthopedist, who equipped his clinic with the most sophisticated mechanisms of the day. These objects, falling somewhere between a prosthesis and an instrument of torture, are so many representations for expressing security, control, and constraint, and so many metaphors for denouncing the normative measures of the social context.

Inspired by this iconography, Eva Koťátková produces drawings, collages, and objects that are often akin to grids, cages, or traps for the body. By lending them an anthropomorphic character, she makes her objects a support for voices or ideas which could not be expressed otherwise. She is also shifting her experiments increasingly in the direction of a body language, viewed as a true means of communication. Thus, her installations deliberately play with theater and its conventions. The di erent elements on display are like accessories waiting to be activated, either by a performer or in the mind of the viewer, who becomes actively involved in the show.

While Eva Koťátková’s theater maintains ties with literature, it also explores its therapeutic and political counterpart. Her experiments summon such gures as Jacob Levy Moreno (1889-1974), the inventor of psychodrama and one of the pioneers of group therapy, and Augusto Boal (1931-2009), the Brazilian writer, playwright, stage director, and politician. Both men were interested in improvisation and the exploration of emotions and critical thinking through role play and situations that examine the connections between individuals and interpersonal relationships. These two gures also have in common the fact that they gave a voice to the marginal, the impaired, and the oppressed. Continuing along the same lines, Eva Koťátková has introduced into her installations and objects faint or loud voices which often deal with the theme of dysfunctional interpersonal connections or altered communication.

As in Surrealist collage or films, Eva Koťátková’s theater summons elements of rational thought and the unconscious, where phenomena of uncertain origins and real things are found side by side. Her work remains in disuse, on hold; it conceals more that it reveals by employing allusion and secret code. And in this way it leaves all the room the invisible and the subconscious need.

LECTURE « ZONES MIXTES »
Saturday 9 April at 3.00 pm in the Jean Jaurès Multimedia Library of Nevers.
With Paul Bernard, art critic and curator at the Mamco, Museum of Modern and Contemporary Art, Geneva.

WORKSHOP FOR FAMILIES
Sunday 6 March at 3.00 pm
around the exhibition, followed by an afternoon snack.