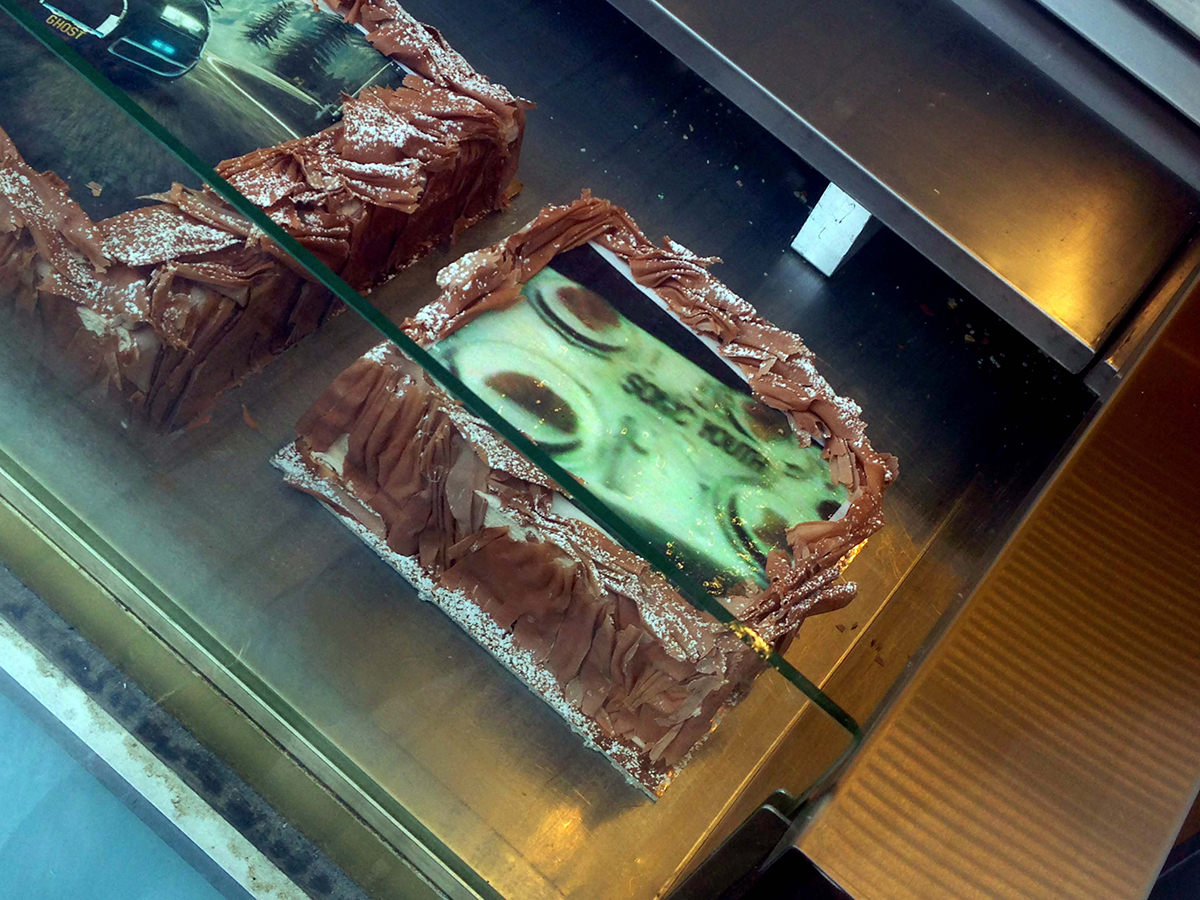 After Aude Pariset’s residency in 2013-2014, the results of which were shown as part of the Traucum exhibition last September, Parc Saint-Léger and ESAAB (École supérieur d’arts appliqués de Bourgogne) has renewed their partnership under the Excellence des métiers d’art label. This year, the artist invited to work with first-year students in graphic design is Eve Chabanon, a young DNSEP graduate from the Haute École des Arts du Rhin (HEAR) in Strasbourg.

The residency is seen once more as an encounter between the specific skills and know-how taught in the school and the technical, aesthetic and conceptual issues developed by the artist.

During her residency, Chabanon will have the students use the means provided by ESAAB to continue and develop further her performance entitled “Band,” which she started in Brussels in 2014.

“Band” (provisional title)1 stages a collective performance of fictional music bands. Each representation varies according to the audience members, who are tipped off to the performance thanks to an invitation-publication – based on the online PDF version of The Manual (How to Have a Number One the Easy Way) by KLF (1988). The invitation-publication serves as a “reader” and explains the context of the gathering.

Thus, whatever the field, “Band” (provisional title) questions the notion of collective work, the conditions of creation and display, and the underlying economy… This collective narrative is made possible by each viewer’s willingness to take part.

1 –Band (provisional title) has had several performances at the Rosa Brux Gallery (Brussels) for the all-night event “Limbo/ Mambo/ Jambo #5”, and later at Glassbox (Paris) and ateliê|COLETIVO2E1 (São Paulo) for the collective exhibition “Aos cuidados de”.