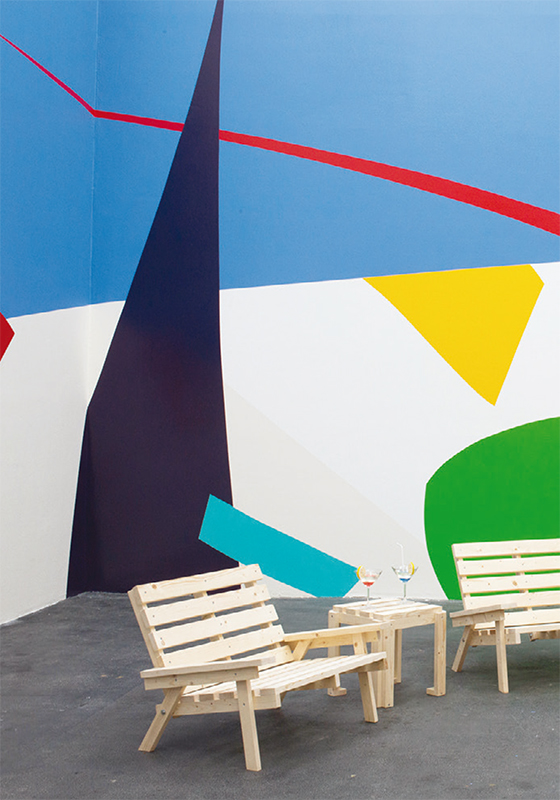 “I seek out and compare images of the Tropics. Aware of the stereotypes, I assemble and separate them, make them abstract in order to draw out their essence. I work to identify the tribe that Westerners have created out of their fantasies. Fantasies of those distant places or of their own everyday reality.

“What have we created out of these ideals? What is their reality when confronted with this kind of space, part inspiration and part total difference? How do these enclaves live, all tied to the same destiny, i.e., amusement?” (Florian Viel)

For the fifth consecutive year, the Parc Saint Léger is organizing an artist’s residency in the ironwork section of the Le Mont-Châtelet de Varzy vocational school, carrying the “Excellence des Métiers d’arts” label for skills proficiency awarded by the DRAC Bourgogne and the Académie de Dijon.

As ever, the idea is to bring a creative practice into contact with the world of ironworking, so that this technical and esthetic confrontation will allow the artist to experiment with new forms and the students to take part in the production of an artistic object.