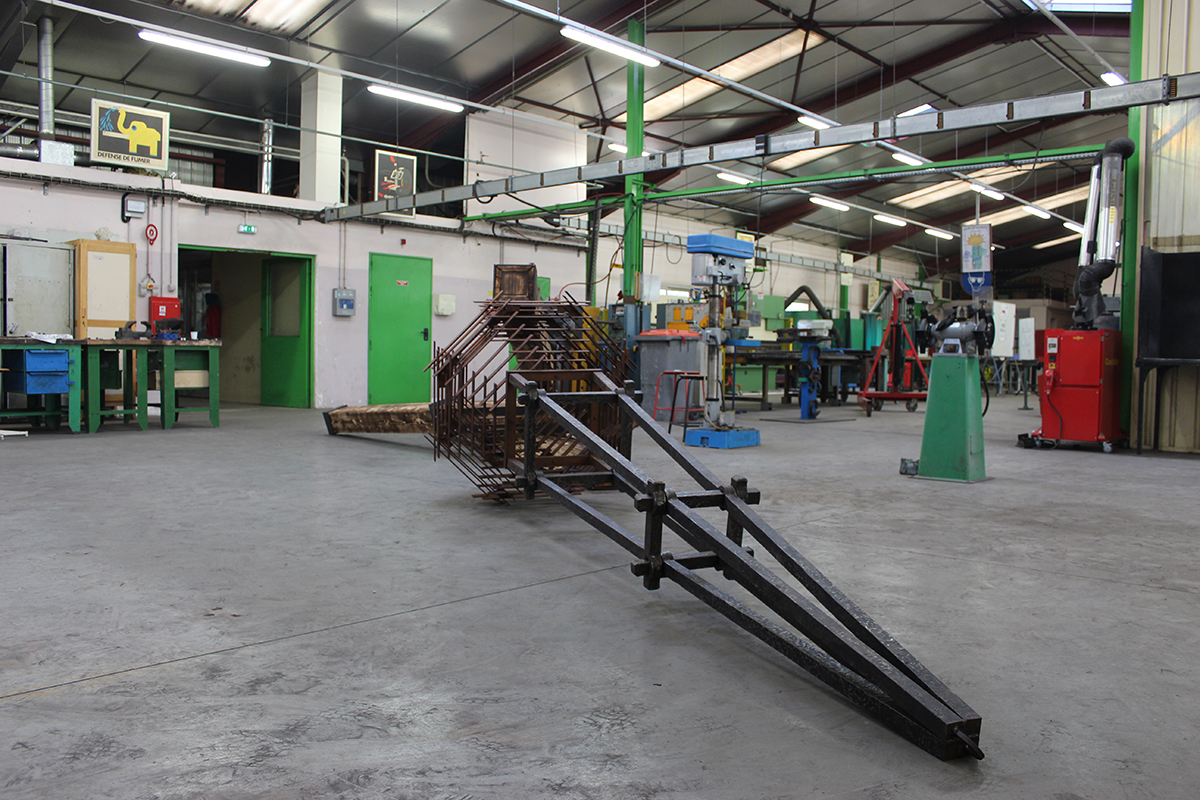 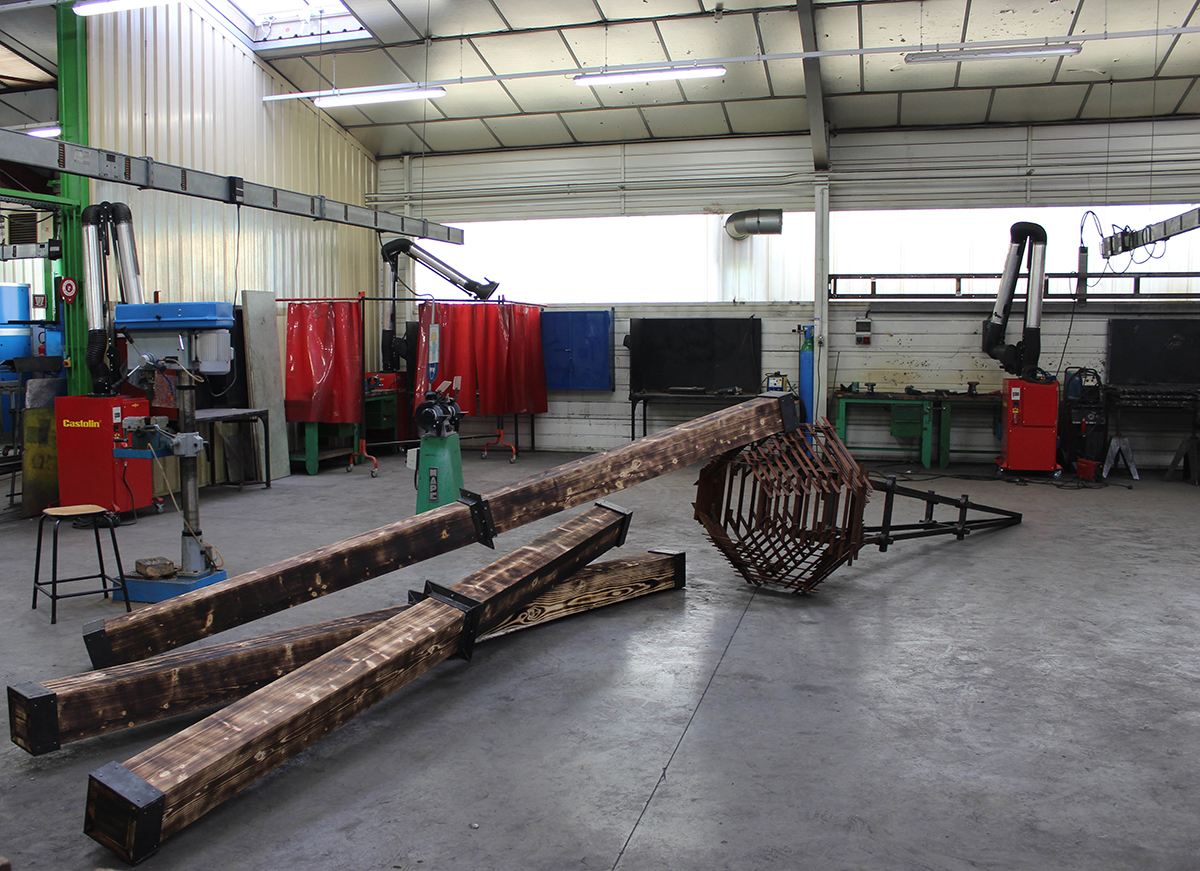 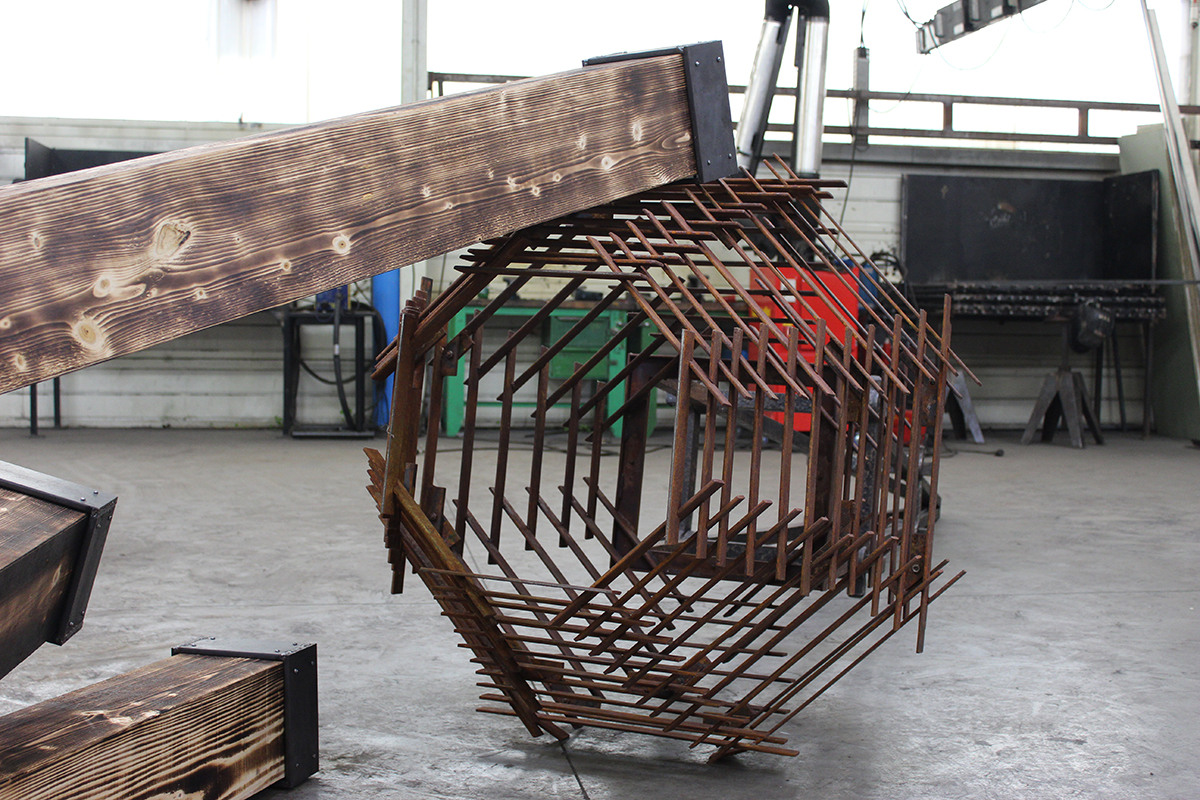 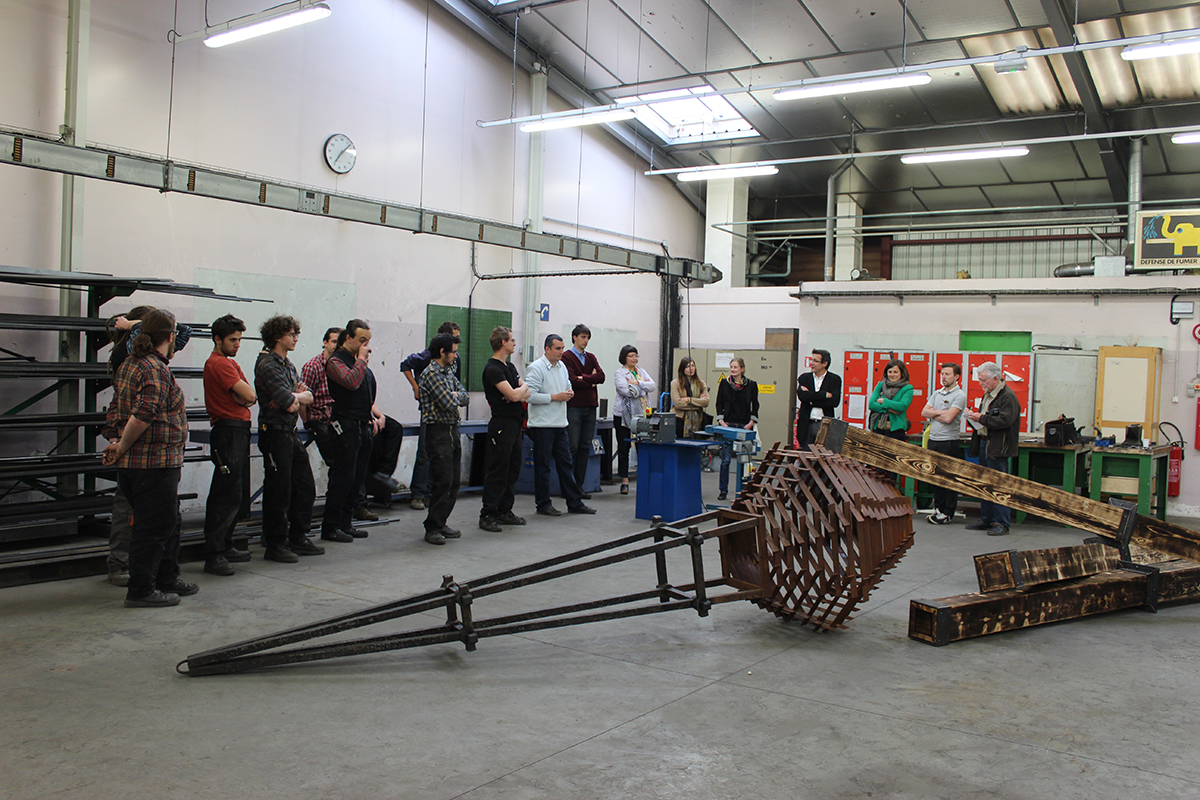 For the 4th consecutive year, the Parc Saint Léger is organising an artists’ residency at the Lycée Mont-Châtelet de Varzy. After Émilie Perotto and Martin Lord, whose practices both enriched and disoriented the traditional practice of wrought ironwork, Giuliana Zefferi is the new artist in residency this year at the high school. Chosen in consultation with the teaching staff at Varzy, the artist presents a project that is specifically devised to produce an artwork relating to craft. This project is one chapter in a broader project entitled Les Futurs Antérieurs and that involves other high schools in Île-de-France this time, with projects supported by the Drac Île-de-France. Here, the label “Excelle Métier d’Art” is delivered by the Drac Bourgogne and the Académie de Dijon.

As Giuliana Zefferi explains to us, Les Futurs Antérieurs are a transformation of the “Essais” (test pieces) that were made in the artist’s studio, and that will be produced and modified by the materials and techniques used in the high school: “Les Essais are research works, resulting from experimentations that contain the seeds of future ideas. They develop according to a timeframe that is not the same as that of the exhibition. To try to understand this research within the gallery space, I would like to bring my “Essais” series into contact with a new project: Les Futurs Antérieurs. I have an idea that I’d like to develop, involving the reproduction of the unstable, dirty, empirical, and precarious forms of the “Essais” series through the technical methods of a woodworker, a stone cutter, a locksmith and a bronze caster. Wood, marble and bronze are historically loaded materials. By using traditional materials, I am making use of new methods while simultaneously relinquishing the act of production, which I delegate.”