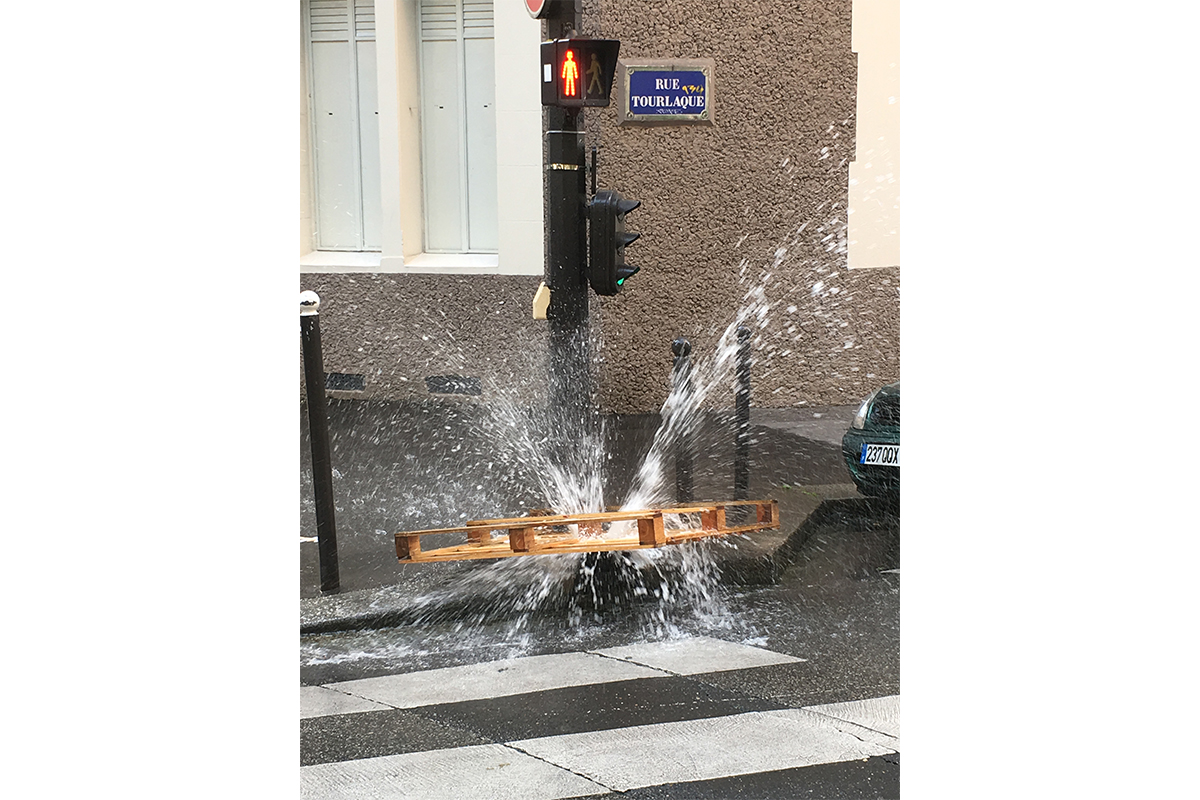 In its complexity each city has a potential for production.

Imagine a city or town where the population travels in SUVs with tinted windows and the rare pedestrians move about like ghostly bodies. Opposite one of the biggest buildings, which is a relatively new one, stands another that is starting to collapse. On the edge of a more residential neighborhood, one out of every two houses has windows with no panes. A pile of stones, surely the remains of an old house, is heaped between a piece of waste ground and a middleclass home. The further one moves away from downtown, the more a demarcation takes shape and less the elements mix. The inhabited, landscaped, commercialized, or industrialized zones exist side by side without really connecting.

If the above is an amplified concept of the “contemporary city,” then the exhibition “It’s Happening!” is right for Nevers, whose downtown has indeed been hollowed out by the development of its outskirts. Certain cities that peaked between 1900 and 1970 thanks to the Industrial Age now face a situation of decline. These territories raise questions about the nature of the interactions taking place there, which spawn both frustrations and movements. The stark gap between the construction and deconstruction of one and the same space generates a situation that is difficult to identify, but the indetermination of the situation provokes a chaotic dynamic. And it is in that form of chaos that things appear. The city reinvents itself, and despite itself constructs an opening towards more possibilities.

The artists featured in this show reinvent our relationship to public space by disrupting our habits vis-à-vis the banality of what we have right in front of our eyes. Divided between human and concrete bodies, these spaces become those where everything is possible. Through the singularity of his or her work, each artist takes part in the writing of a speculative city. The urban space is viewed as a place for acting and for recovering, of interaction and inspiration. A cartography takes shape between the different works and steers us towards the conjuring up of other spaces and different timeframes—those of a past, a present, or a possible future.

It’s Happening! The expression is not only an admission anchored in the present. It also encompasses different encounters that are constantly being actualized in the space of the city.