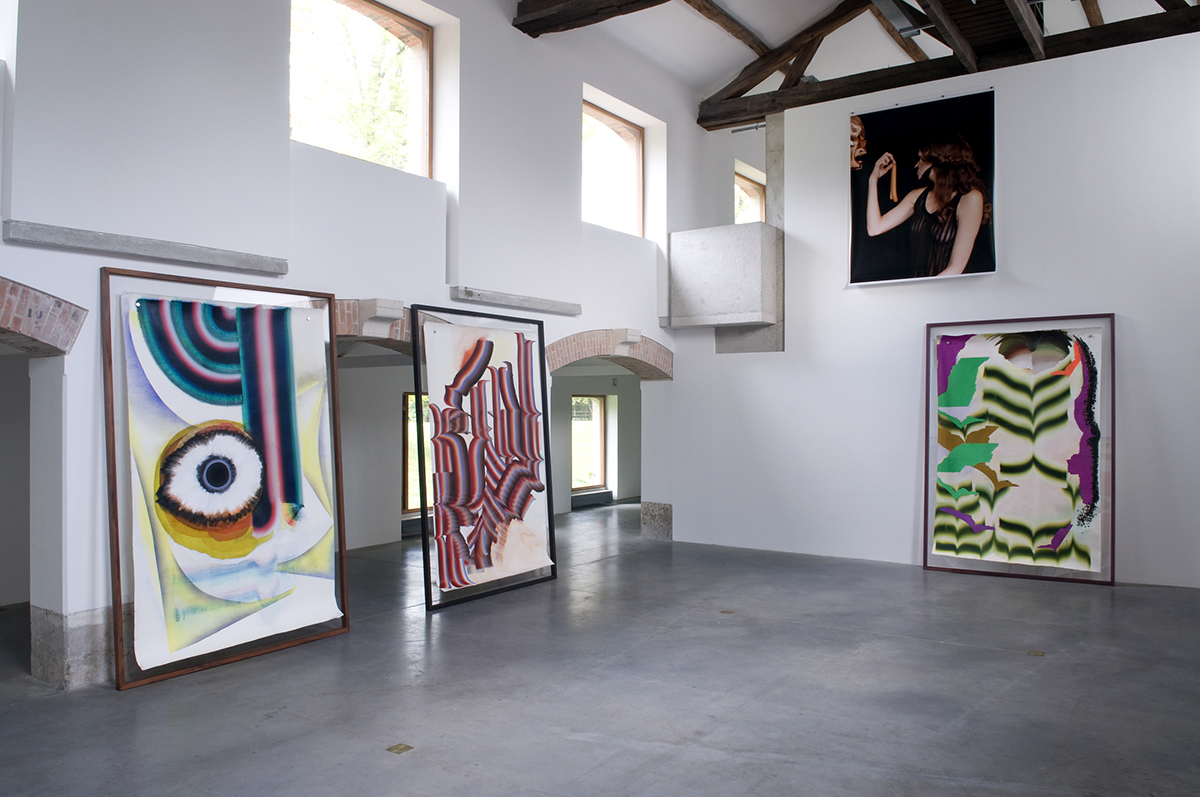 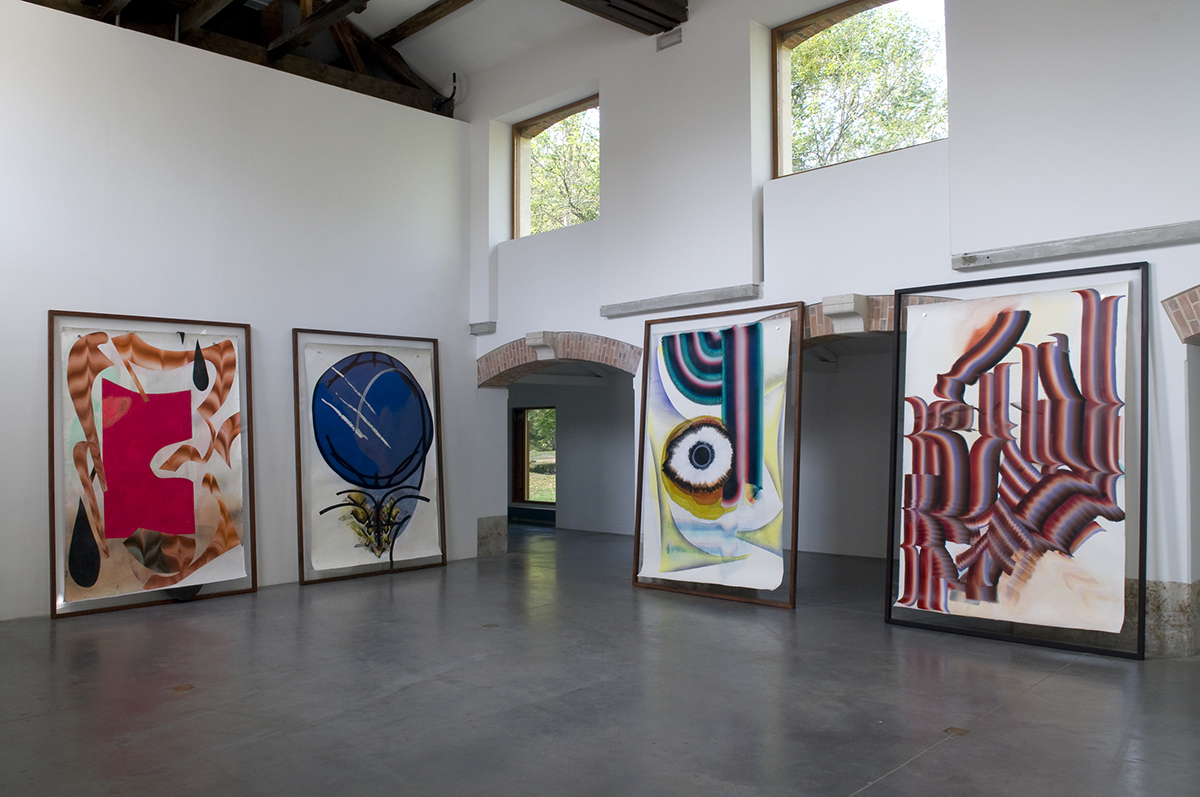 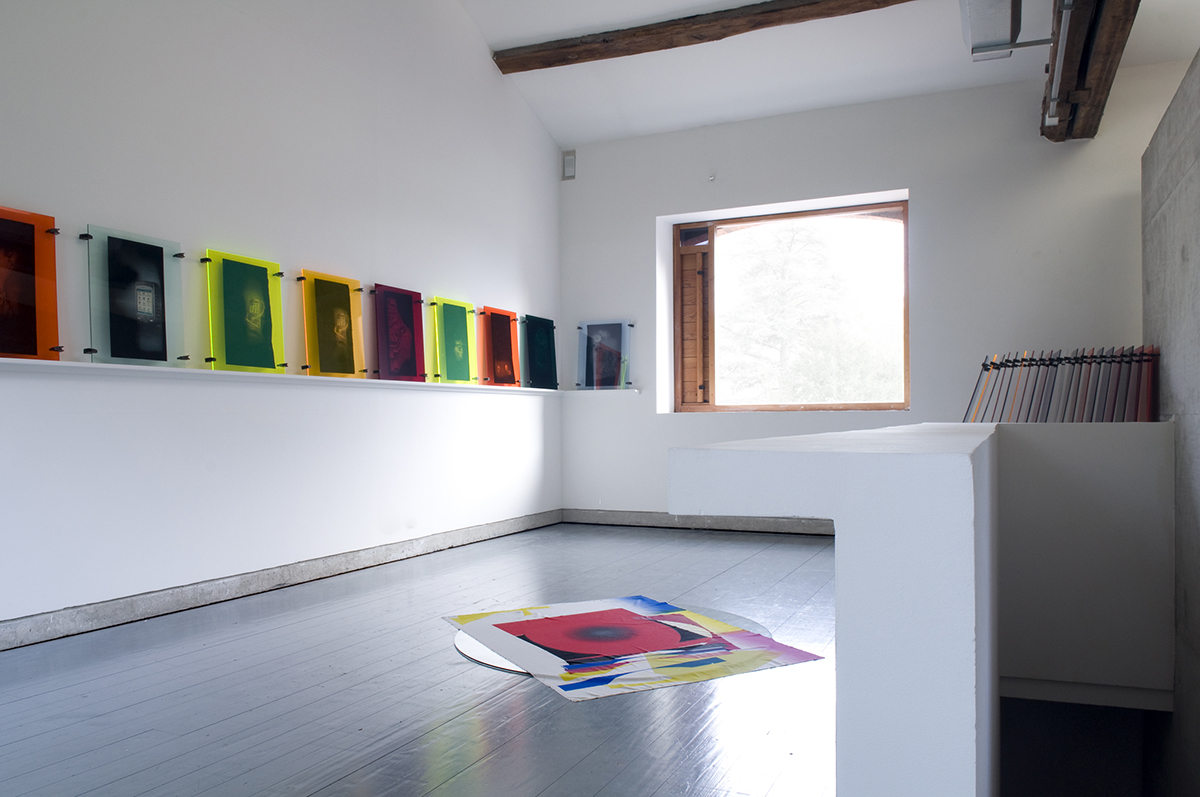 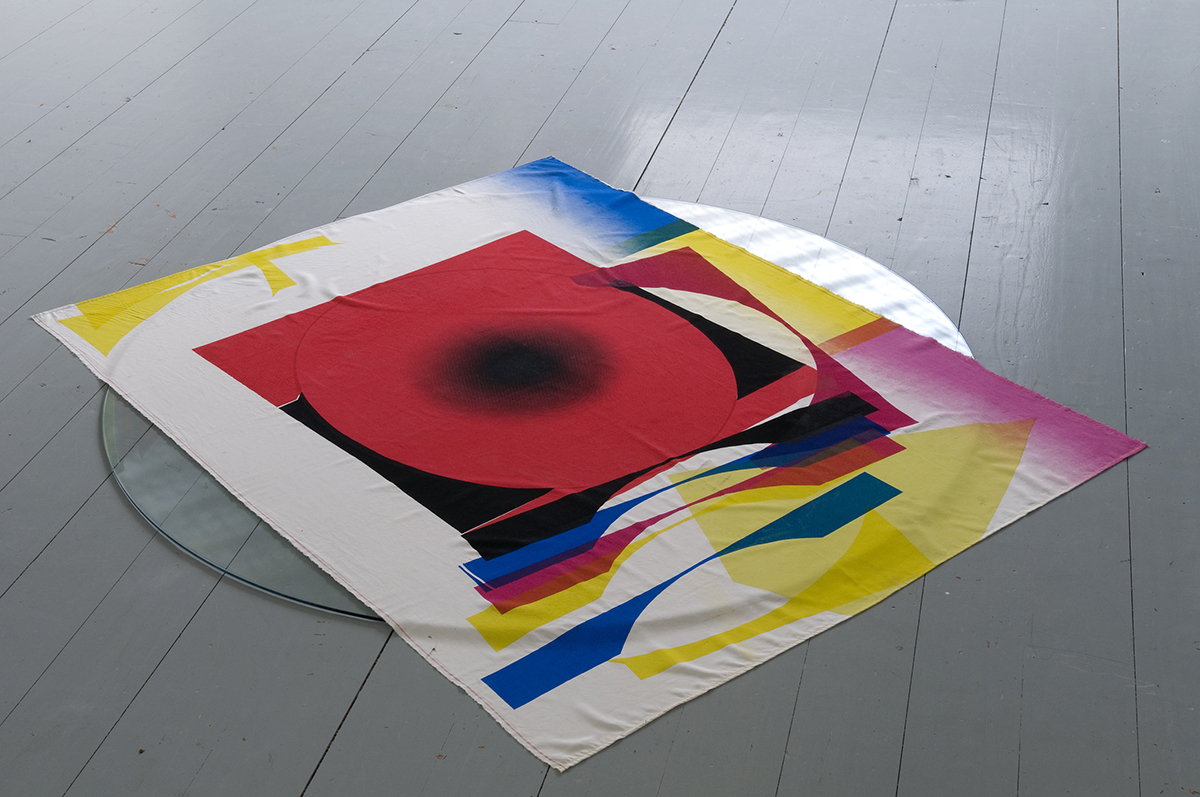 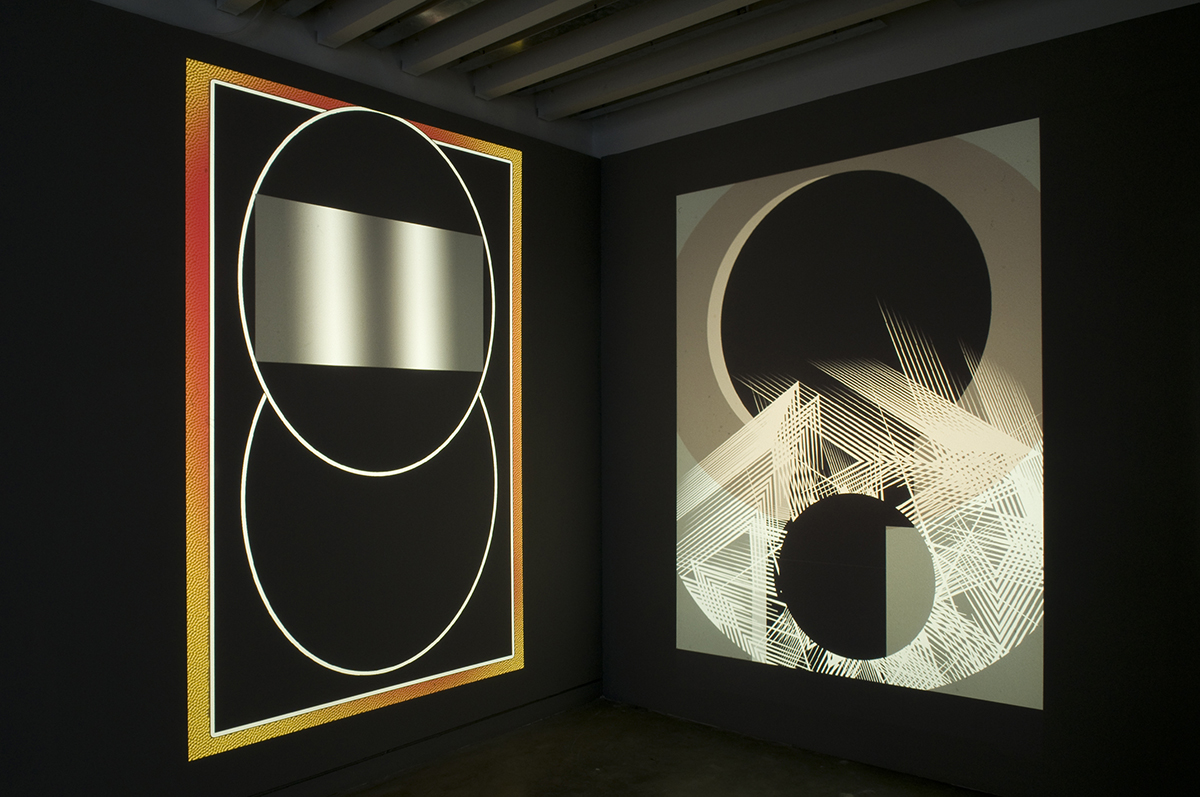 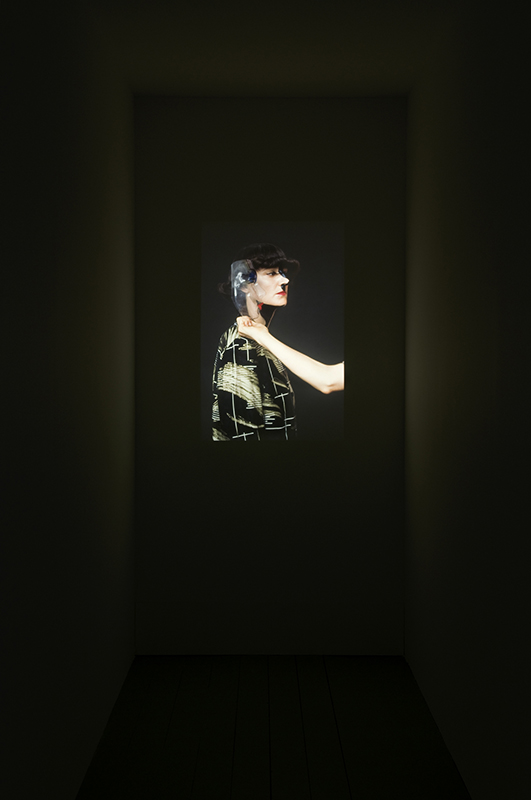 Parc Saint Léger is pleased to announce the first solo exhibition of German artist Kerstin Brätsch in a French Art Institution. For the occasion, the artist will collaborate with her collective DAS INSTITUT and respond to the Art Center’s particular location in a 19th Century Spa complex in Pougues-les-Eaux.

While Kerstin Brätsch’s work mainly revolves around painting, it also integrates and combines a large variety of media and shifts freely between individual and collective practice. In 2007, she founded the collective DAS INSTITUT with Adele Röder. Taking the conceptual framework of an import-export business with biting wit, DAS INSTITUT incorporates strategies of marketing and branding into painting. It raises questions of the authority of Art in the age of globalization or of the endless reproducibility of images. Every element of Kerstin Brätsch’s work, whether painting, posters, photography, zines or performance intensi es a unique, boundary breaking, and feminist practice.

At first, the most striking elements of the work are the paintings. They are filled with vibrations and oscillations, bursting with joy and desire. They come across as hallucinatory paintings that, at the same time, both galvanize and cannibalize the viewer’s gaze. Then when the viewer finally looks away and lets his eyes wander, some garish posters come into sight. They are clues of a world where everything is a commodity. This is when the artist’s strategy of disruption becomes clear: the posters are advertisements for her paintings, and the paintings themselves are replicas of computer-generated images. Besides these replicas, some of the paintings can also be used as decors for her performances, while sculptures or pedestals serve as display for advertising zines. Kerstin Brätsch literally lays the painting on the ground, and then launches it again, reproduced and replicated. Rather than being simple replicas, these paintings could actually be called ‘replicant’, after the characters from Blade Runner. In this movie, these genetically engineered robots were created to be visually indistinguishable from humans and then ended up revolting against the human domination that was fixing their identity. With her work, Kerstin Brätsch proposes a playful and witty look at the ambivalence between the Autonomy of the Art Object and the market society. Since the sixties, the cultural industry has largely taken from the formal and political vocabulary of the avant-gardes. Visual characteristics from Minimalism, Pop Art and Abstraction have been largely appropriated and attened by advertisement companies and designers. For her presentation at Art Basel 2010, Kerstin Brätsch showed her paintings behind colored Plexiglas walls. They functioned like a screen of smoke and led you to wonder: are we in front of a work by Liam Gillick or in front of the latest hipster boutique?

The title of the exhibition by Kerstin Brätsch & DAS INSTITUT at the Parc Saint Léger refers to a text in which French philosopher Georges Didi Hubermann analyses Balzac’s‘The Unknown Masterpiece’. In this short story Balzac depicts a meeting between a painter and two others invited in his studio to comment on his latest work. However, the judgment is tough: “I can see nothing there…” The painter, incredulous, repeats “Nothing! Nothing!”. The following day, the disappointment leads him to set his studio on re and to kill himself.

The destruction evoked by the title should however not be mistaken when it comes to Kerstin Brätsch. Her work endeavors to create a new kind of ‘mutant’ painting that thumbs her nose at the ever-present paternalist and manly heroic German paintings on the market. Her conception of painting would be called mutant or even ‘queer’. There are many connections to be drawn between her work and the Gender Studies as developed by Judith Butler. If there is no ‘death sentence’ in the work of Kerstin Brätsch, there is definitively a ‘subversion’ of the medium of painting that follows Butler’s concepts. Her painting creates a mutating, temporary identity which assimilates, act as a transvestite, and plays with the new channels of production and diffusion of images.

The exhibition at the Parc Saint Léger presents several series of work, some of which are created especially for the occasion. They are realized individually or collectively with DAS INSTITUT. Following the exhibition, the rst catalogue of the artist’s work and of the collective’s will be published in 2011. This publication will be part of collaboration between the Parc Saint Léger, the Kunstverein Cologne and the Kunsthalle de Zurich.

Kerstin Brätsch recently gained international recognition following her participation to the group exhibition ‘Younger than Jesus’ organized in 2009 at the New Museum in New York City. She has also shown her work at P.S.1 as part of ‘Greater New York’, at Art Basel 2010, at the Kunsthalle in Zurich and also at the Swiss Institute in New York with the collective DAS INSTITUT. This year, she will show her work at the Kwangju biennale. She is represented by BaliceHertling Gallery in Paris and by Gio Marconi in Milan.

Sunday, November 21 at 3 pm:
(« Brätsch, Brätsch !»),
Guided tour of the exhibition with Alice Guybert-Routier, in charge of Education. Free entrance.

Sunday, November 7 at 3pm:
‘Goûter l’art’, a workshop to discover art while practicing it.
Special Graf ti with the duo XCK Productions (Mr Tok and Alto Clark)
Each child must be accompanied by at least one adult. Material included.
Fee: 3€ per person or at fee of 10€ for a family of 4 (2€ per additional person).

Friday, December 3 at 8:30pm:
Screening of a lm chosen by Kerstin Brätsch: ‘Even Dwarfs Started Small’ by Werner Herzog (1970)
Location: Auditorium Jean Jaurès, Nevers.
In collaboration with ACNE, Association of Cinephile in Nevers, and with the support of the Jean Jaurès Mediathèque.
Free entrance.

During the entire duration of the exhibition:
Books in relation with the exhibition will be available on site and also for sale. With support of the ‘Library Départementale de la Nièvre and the Cyprès Library.