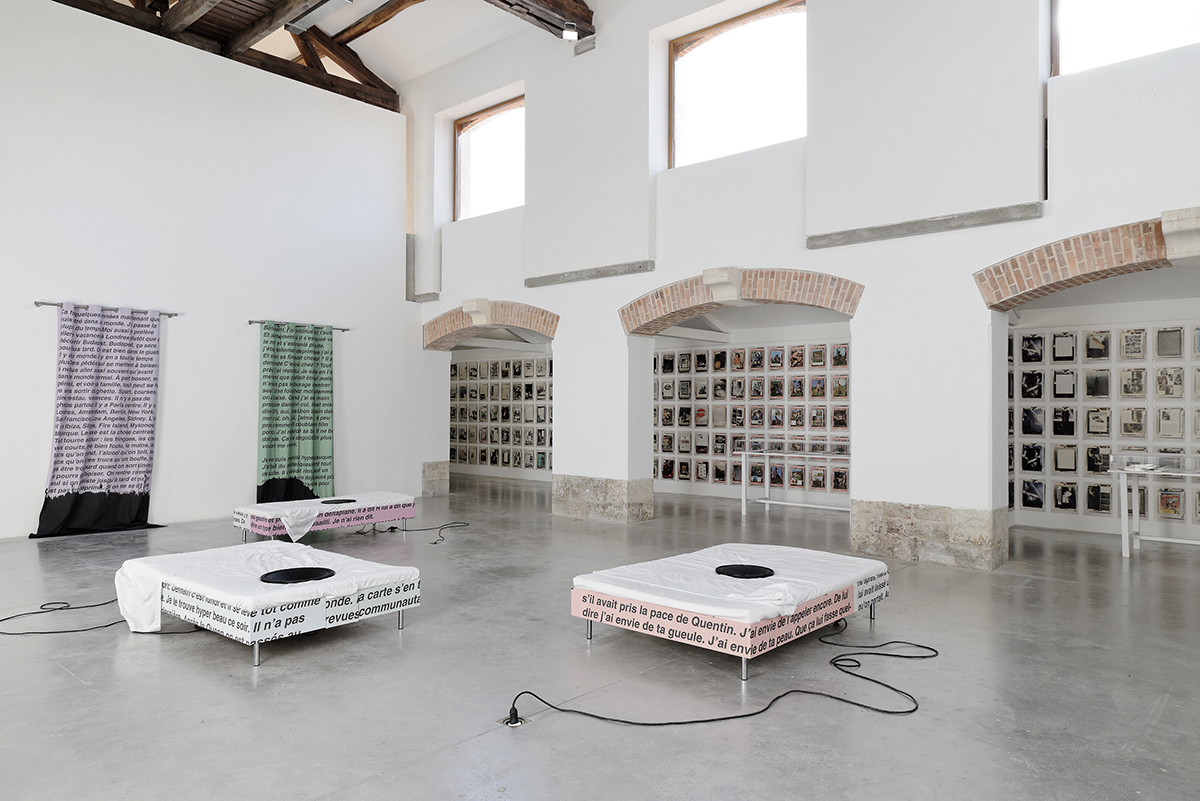 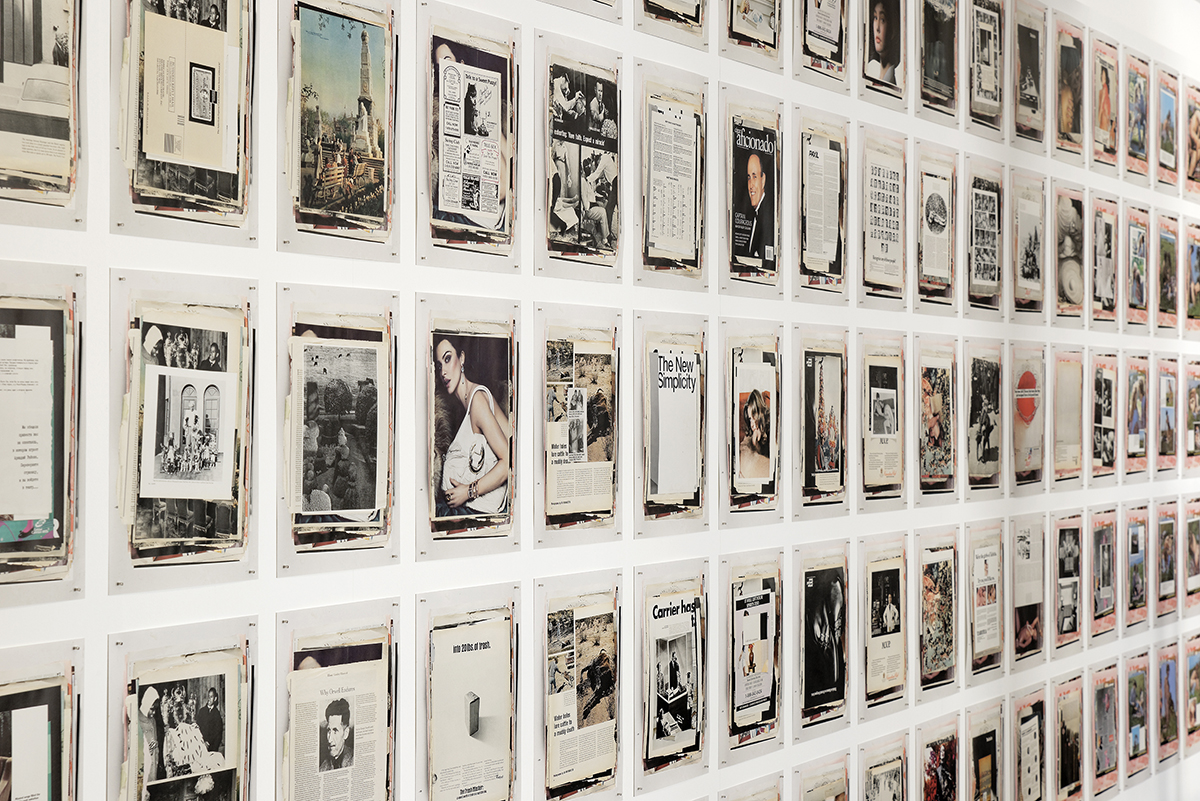 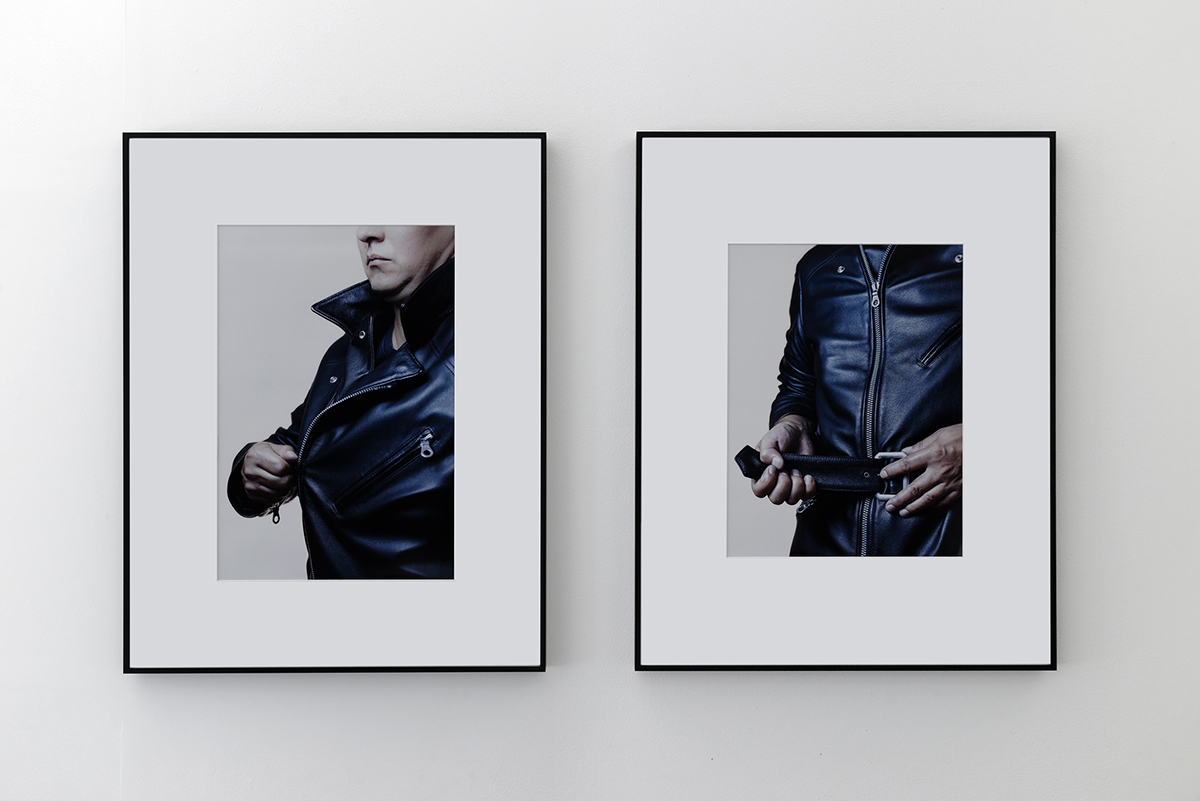 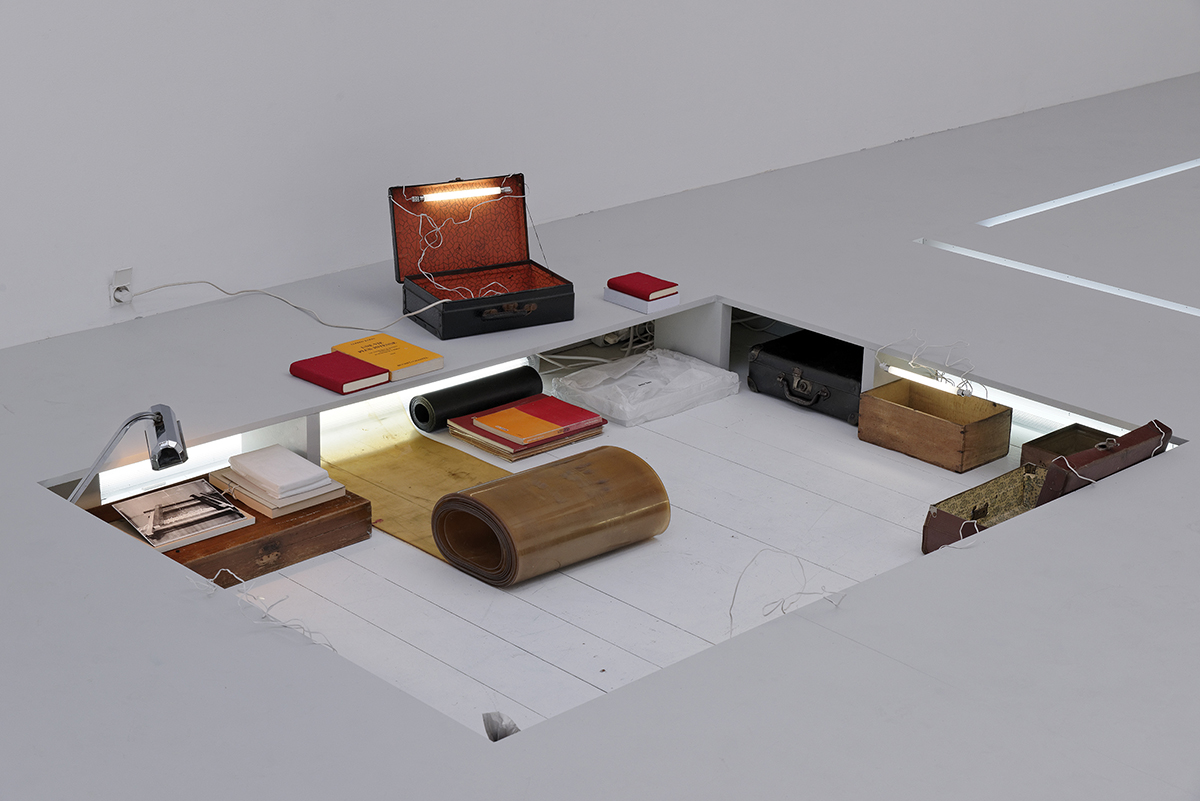 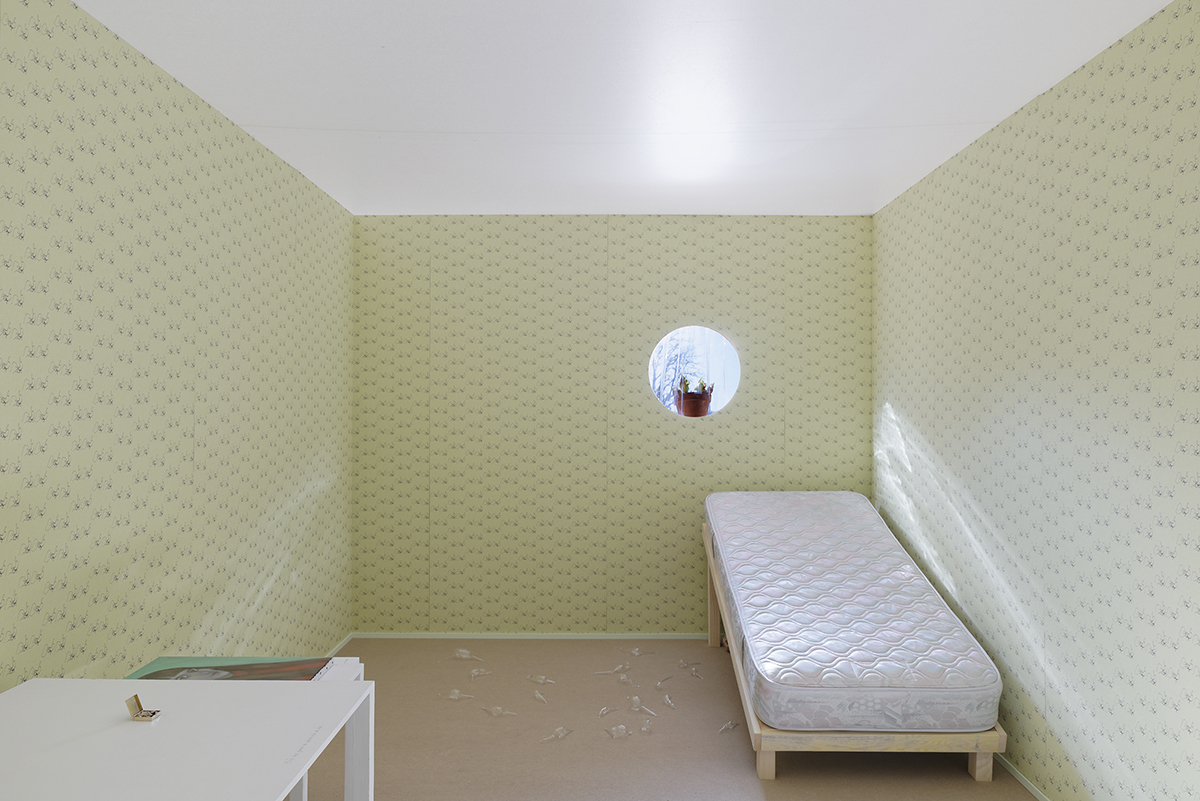 Sabrina Soyer, One realizes that this creation has no limits, 2014, 2014
Photo : Aurélien Mole © Parc Saint Léger

Having now tackled habitat from its social and political point of view (“Les Nouvelles Babylones,” 2013) and through Jean-Pascal Flavien’s project entitled “Breathing House” (2012), the exhibition “La vie domestique” imagines what plays out behind the closed doors of our domestic spaces and how those domestic spaces are a place of an internal play of tensions and struggles as much as a place of desire, imagination and the writing of the self.

This writing of the self, to borrow a terminology associated notably with Marguerite Duras1 (and to which the show’s title implicitly alludes), displays a tension between two psychological positions: the writing of the self to testify to an identity (see, this is who I am) but also to bear witness to a change (see, this is who I am prevented from being). “La vie domestique” is thus con gured like a search, that is, the search for a demarcation of the self, and how that demarcation is embodied in our domestic space, by turns a playground, stage and laboratory, with the aim of producing and creating singular ways of being in the world.

The installation by the French artist François Lancien-Guilberteau seems to question us in an enigmatic way about what is brewing behind those closed doors—brewing in the sense of a mean trick someone is premeditating in as much as this writing of the self must constantly transgress a whole range of norms dictated by society. For Laura Lamiel, this writing of the self presupposes that the subject makes possible the existence of a being that is necessarily multiple, complex and fragmentary, one made up of shadows and light and a buried memory that is all about being revealed, and which the artist will render concrete with an installation especially produced for the show. Here memory and imagination aren’t allowed to separate, both work to deepen each other, as in the installation of the French artist Sabrina Soyer, in which biographical elements connected with her grandmother and her coming out can be found side by side in a room that has been dreamed up from allusions to Virginia Woolf and Huysmans.

Our domestic spaces are deeply ambivalent places then, and as an integral part of the construction of our identity, they are also the place of our representation with respect to the world as well as the locus of social conventions, class struggle and the struggle of genres. In his photo series Double Bind, the American artist Leigh Ledare lines up opposite each another a double series of very intimate photos of his ex-wife, on the one hand, and magazine pages in which women’s bodies are offered up to the gaze and male desire, on the other. How are we to arrange things so that our domestic spaces are zones for activating and transforming reality and not a breeding ground of social reproduction?

“La vie domestique” explores this path from the personal connection to the res publica, i.e., public affairs, and postulates that our domestic spaces can be machines of subversion and, in that sense, that the private is an eminently public fact.

This constant shifting back and forth between private and public space, the intimate and its representation, lies at the heart of the show at a time in our collective history when new information technologies (social networks, chat rooms, homemade movies) are recon guring our relationship to time and space, and increasingly blurring the borders between outside and in, interiority and exteriority, living and working space, enabling each of us to fuse, superimpose, combine and separate those borders. The Canadian artist Moyra Davey and the Californian Frances Stark use elements from their own biographies in an internet mise en scène into what serves as a basis for the artists’ practice and how everyday life, made up of reading and meeting with other artists, friends, or guardian gures, can infuse an artistic practice.

The show indeed posits that we are not alone in our domestic life, that it is pervaded with outside voices that come to inhabit and activate it, as if to nd one’s voice, one had to rst let oneself be taken over by the voices of others, as if one had to read the world before one could write it2. Thus, Lili Reynaud Dewar conjures up the writings of Marguerite Duras and Guillaume Dustan; Marc Camille Chaimowicz, following in the footsteps of Jean Genet, presents a lm-collage inspired by “Les Bonnes”; and Sébastien Rémy, through such disparate gures as Howard Hughes, the Simpsons, and Enrique Vila-Matas, offers us a subjective immersion in the history of the recluse and rooms, imagined by turns as a place of travel and of con nement.

1 – La vie matérielle, Paris: Éditions P.O.L., 1987.
2 – In her ne text “The Problem of Reading” (A Document Book, 2003), Moyra Davey analyzes this importance of reading for herself and for artists and writers she admires (Virginia Woolf, Italo Calvino, Walter Benjamin, to mention just a few), and asserts that reading, far from being a passive activity, makes it possible to activate one’s presence in the world and, for an artist, serve as a powerful catalyst of forms.

PROPOSITION
Friday 16 January at 7.00 pm
« Le banquet Duras », a proposal by Claire Moulène
To conclude the exhibition « La vie domestique », we propose to experiment the cooking of Marguerite Duras, in which will be showcased some of her cult recipes. An evening organised by Claire Moulène, editor of “Initiales”, a magazine published by the school of Fine Arts of Lyon which the issue #3, “Initiales MD”, was dedicated to Marguerite Duras.
Limited places, reservation required at 03 86 90 96 60 10 €/person