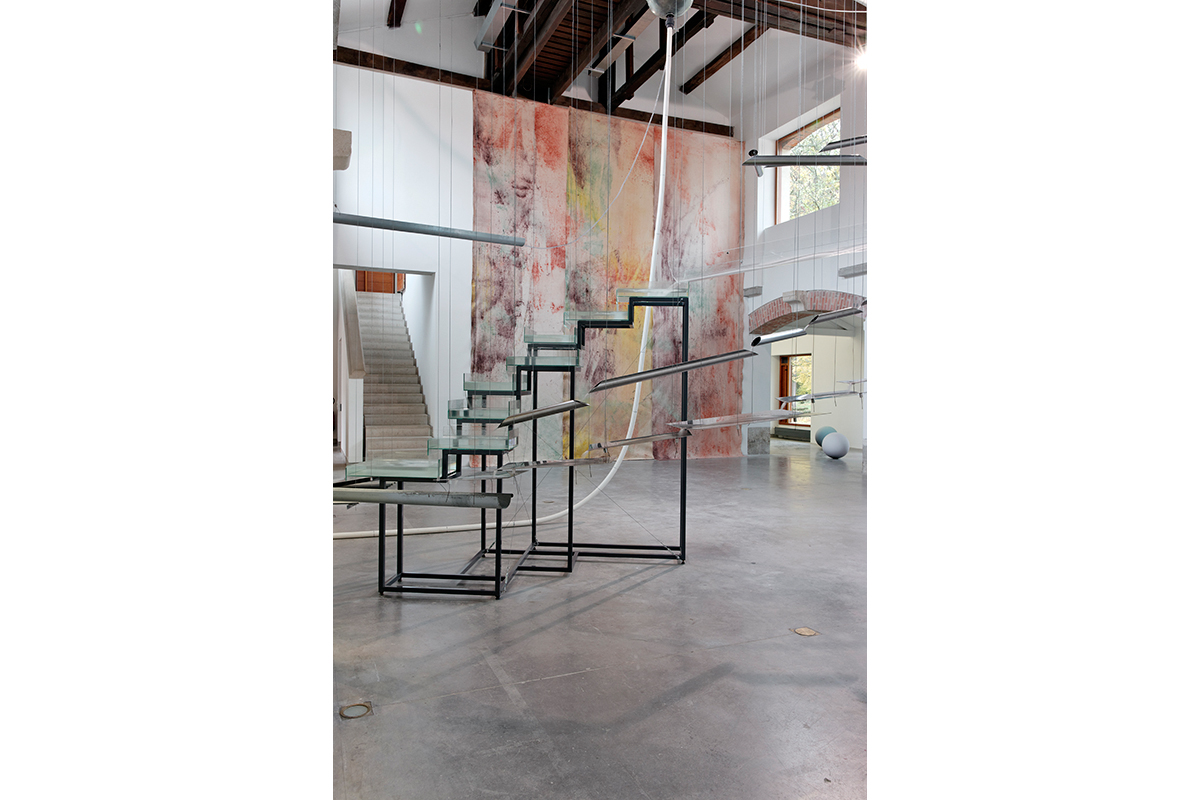 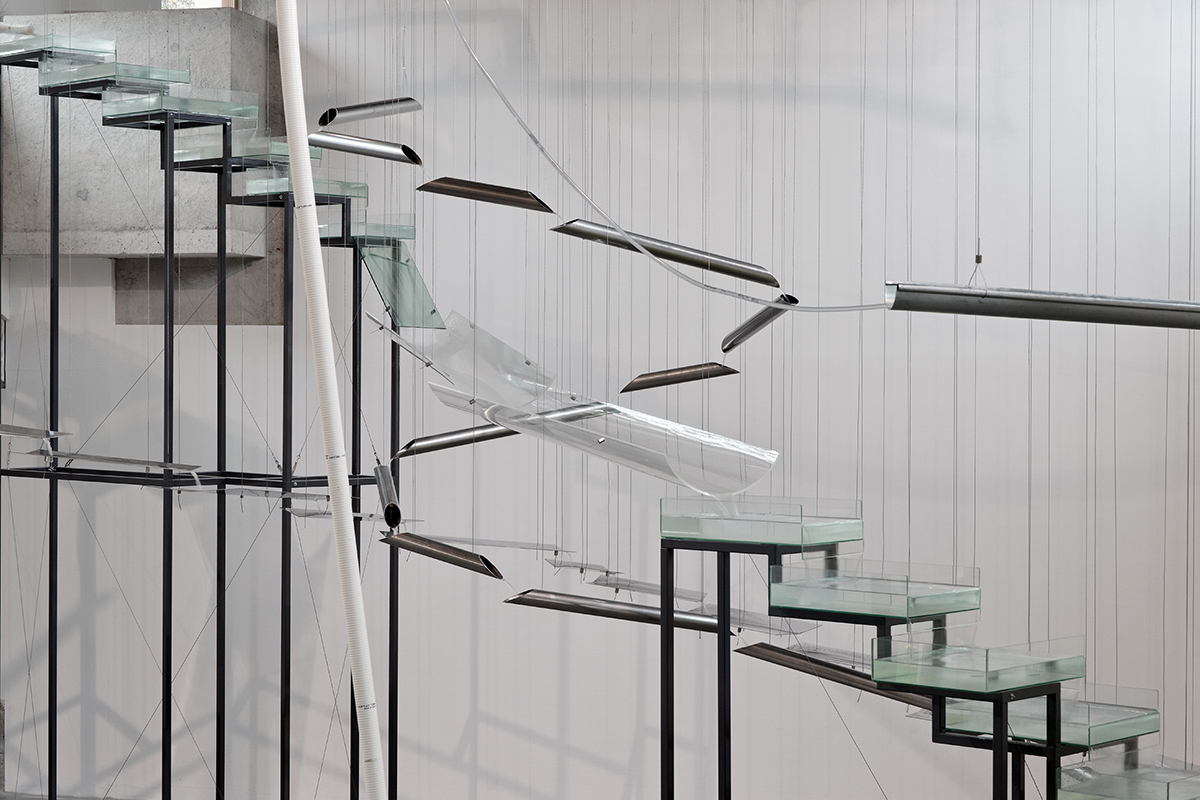 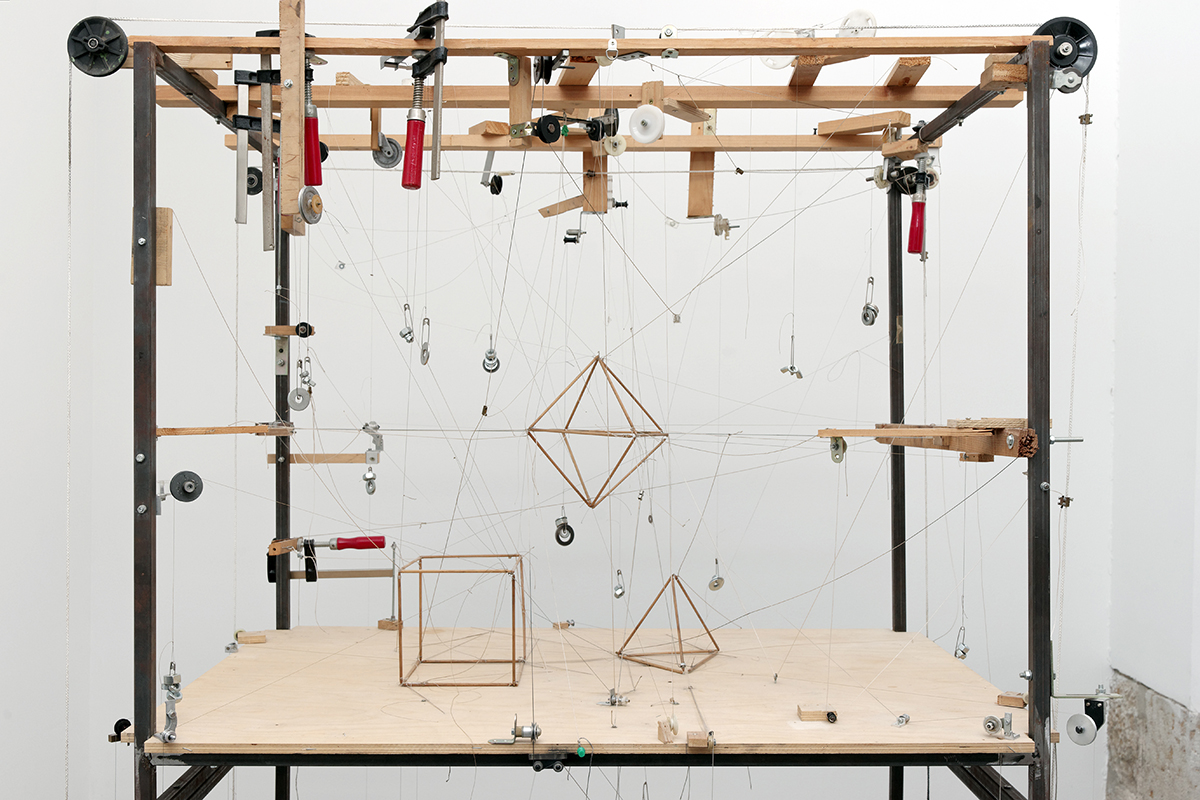 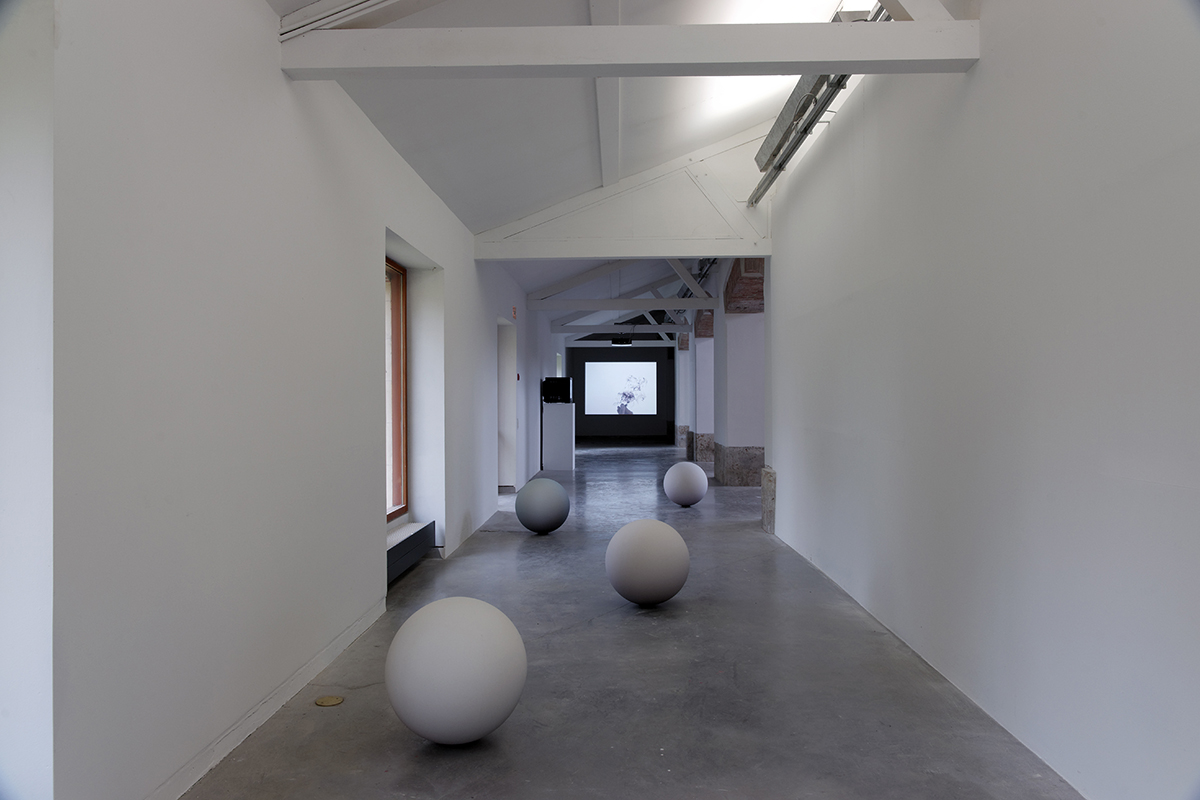 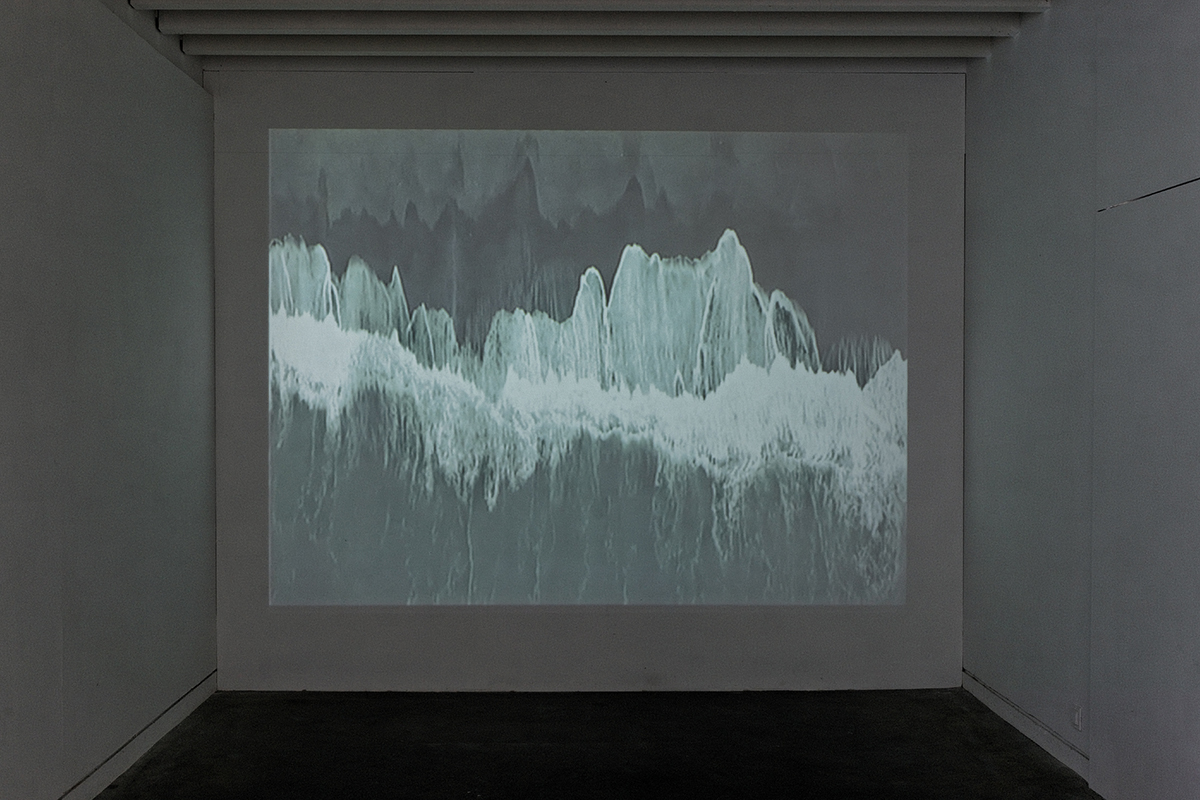 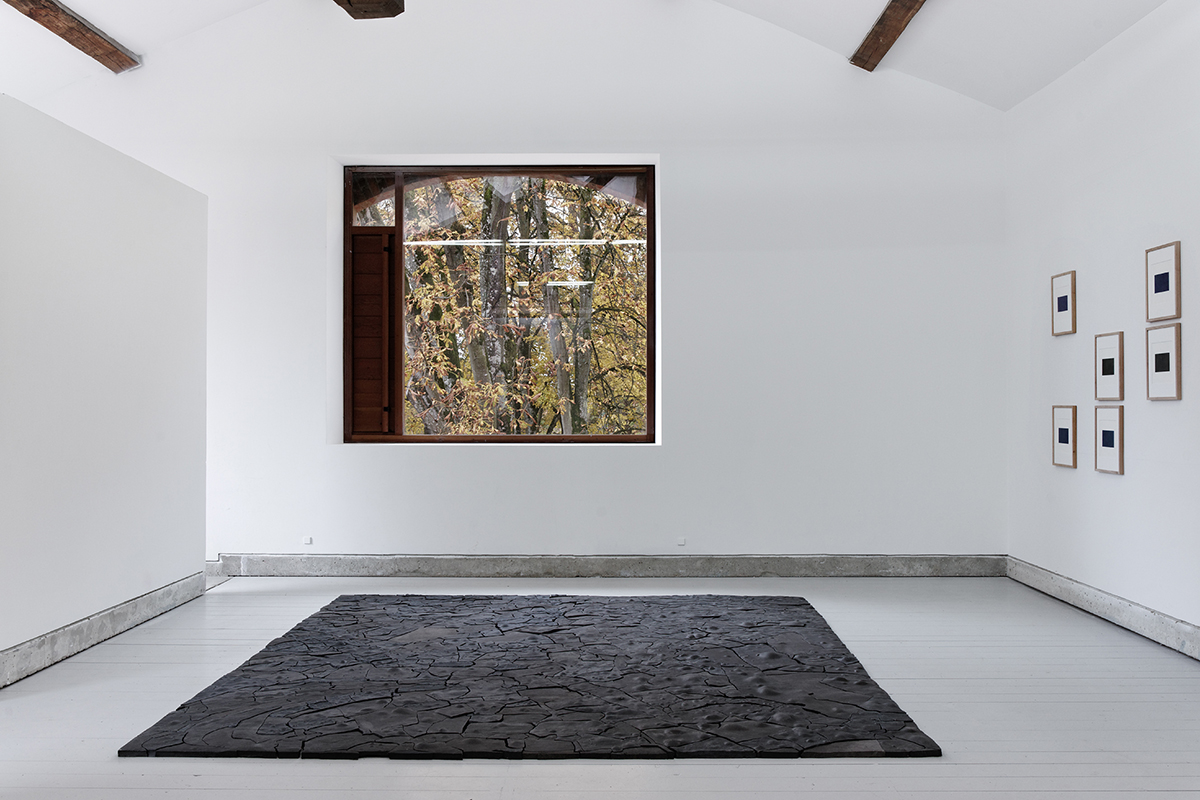 Looking towards the east, between the two bright stars of Vega and Arcturus, you may discover the Hercules constellation. There, you will see two very beautiful globular clusters, a swarm of stars situated on the edge of our Milky Way. Shots from the spatial telescope Hubble provide us with the spectacle of a cluster saturated with colours – fluorescent pinks, intense oranges and primary yellows that would have nothing to envy of 19th century Romantic painting. Except that these images are both a retranscription of reality and its fictionalisation, since they have been modeled post-capture, in order to correspond to what the reality should be, based on scientific calculations. The protean world of astronomy is no more intrinsically true than that of art, insofar as the criteria that would allow us to establish their alleged objective veracity are themselves elements of a constructed and refutable world. These images therefore operate both in the mythical register – narrative – and in that of science, acting with as much substantiation in dreams as in reality.

This seeming paradox between natural and artificial, between scientific reality and poetic lyricism, is put into play and on display in the exhibition “Les amas d’Hercule”.

The artists of the exhibition present plastic formalisations of natural phenomena, most of which have been captured empirically, based on intuitive logic, and which operate this shift towards artificiality, opening up splendours that were hidden in the folds of the world, between poetry, illusion and the uncanny. Whether they imitate, rework, misinterpret or reinvent these natural phenomena, for the artists of the exhibition, they constitute a field of experimentation that provides intimate and close-knit connections with the world. There is nothing grandiloquent about their approach: the phenomena observed are those of daily life – streaming water (Pierre Malphettes), the effect of weightlessness on a solid body immersed in water (Edith Dekyndt), capturing setting sunlight on a mountain in Utah (Chris Cornish), or the pounding and hypnotic back-and-forth of waves on a beach (Ange Leccia).

A great economy of means in the techniques and materials used responds to this modesty in terms of the phenomena observed. From Attila Csörgő’s wild DIY, which attempts to reconstitute the four elements symbolising the cosmos on a mechanised workbench; to the domestic equipment used by Edith Dekyndt in her experimentation of the laws of gravity; or Nina Canell’s fragile, delicate sculptures that so poetically exploit the characteristics of electricity as a symbol for energy flows; this economy of means always reflects the fleeting and ephemeral character of the laws that govern our existence.

While experimentation is truly at the heart of these artists’ practices, it is nonetheless important to distinguish two approaches that complement and respond to one another within the exhibition. On the one hand, there are experiments that combine observation and field research with studio practice, in an approach that is similar to that of a scientific laboratory. Yet this form of experimentation does not definitively determine the outcome, instead assuming the form of a precarious, shifting field of thought that attempts – in an inexpert, yet applied and passionate way – to extract a kind of poetry hidden within the physical laws of nature, without recourse to mathematical or Cartesian demonstration. In this way, Irene Kopelman presents a terracotta replica of a topographical analysis of a segment of dried lava in Hawaii (The Levy’s flight, 2009) or Pierre Malphettes, who, by using industrial products such as glass, zinc and Inox, offers us «streaming water» that breaks down into four circuits, each evoking a waterfall or a simple outflow in turn, and whose experimental installation required a great deal of adjustments in space and time.

On the other hand, the exhibition presents artists that displace the question of the reconstitution of a natural phenomenon by setting up an experience related to these phenomena. Whether it takes the form of a ritual or a quest, this experience plays on the distortion between reality and its representation. Dove Allouche waited for years for a major forest fire and travelled to Portugal in 2003 in order to take first-hand 140 pictures of a Eucalyptus forest, then drew over these 140 pictures by hand over a five-year period, thus lending to the series an aura and a sense of melancholy that is both seductive and enigmatic, through this laborious yet ever-so virtuoso gesture. The performative and ritual dimension of the experimentation is affirmed in the exhibition through the dialogue engaged between Jessica Warboys – who plunges her pigment-stained canvases into the North Sea to achieve her intensely beautiful expressionistic paintings (Sea Paintings, 2012) – and the visionary work of Joan Jonas, who orchestrates burlesque micro-performances on a wind-swept beach (Wind, 1968).

Beyond the diversity of their positions and working processes, all of the artists in “Les amas d’Hercule” tend to capture a world in perpetual movement, whose constant changes of state (between liquid and solid, order and chaos, visible and invisible, durable and ephemeral) are like metaphors for our lives, arranged by some secret, magical mechanism.