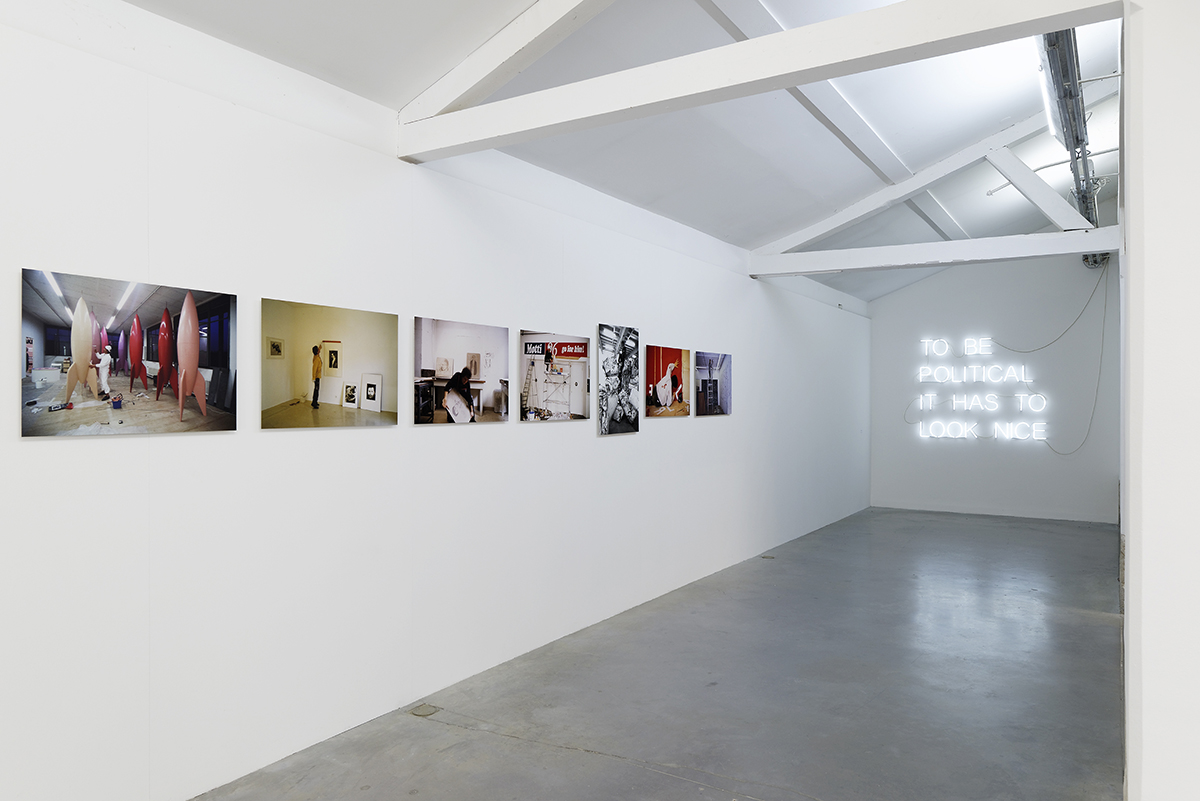 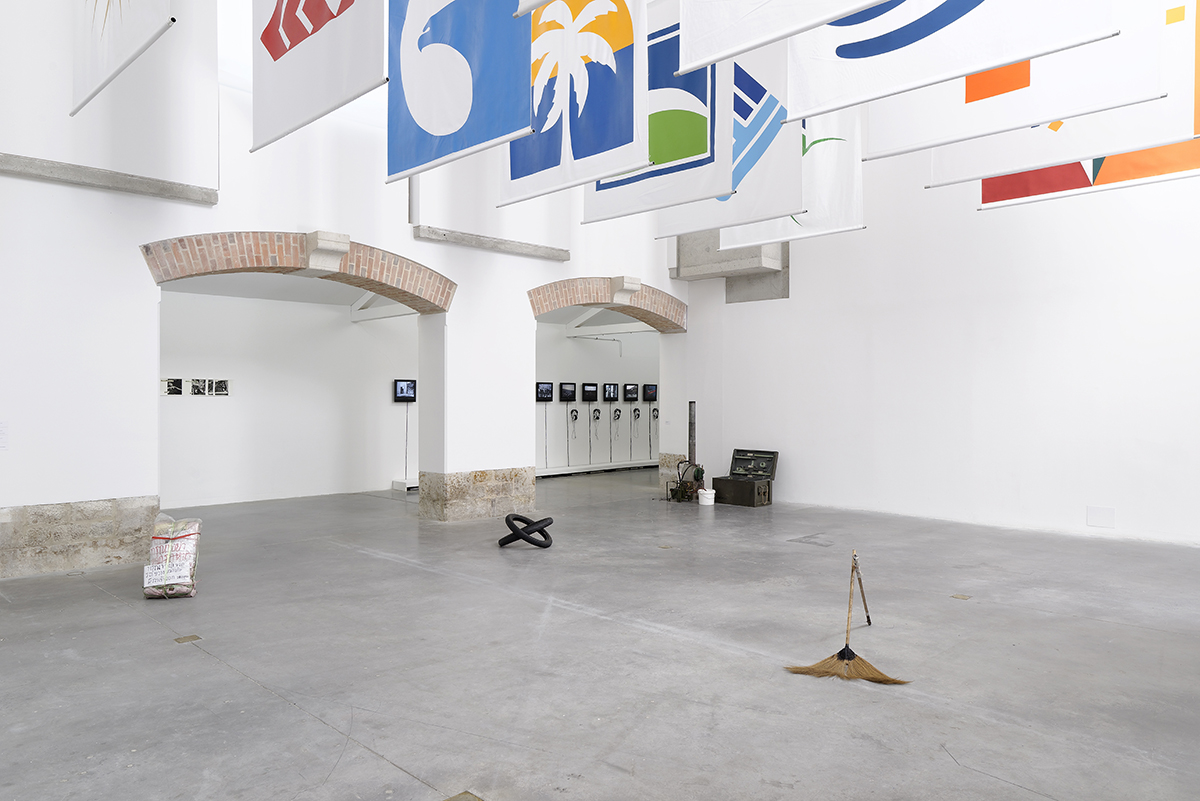 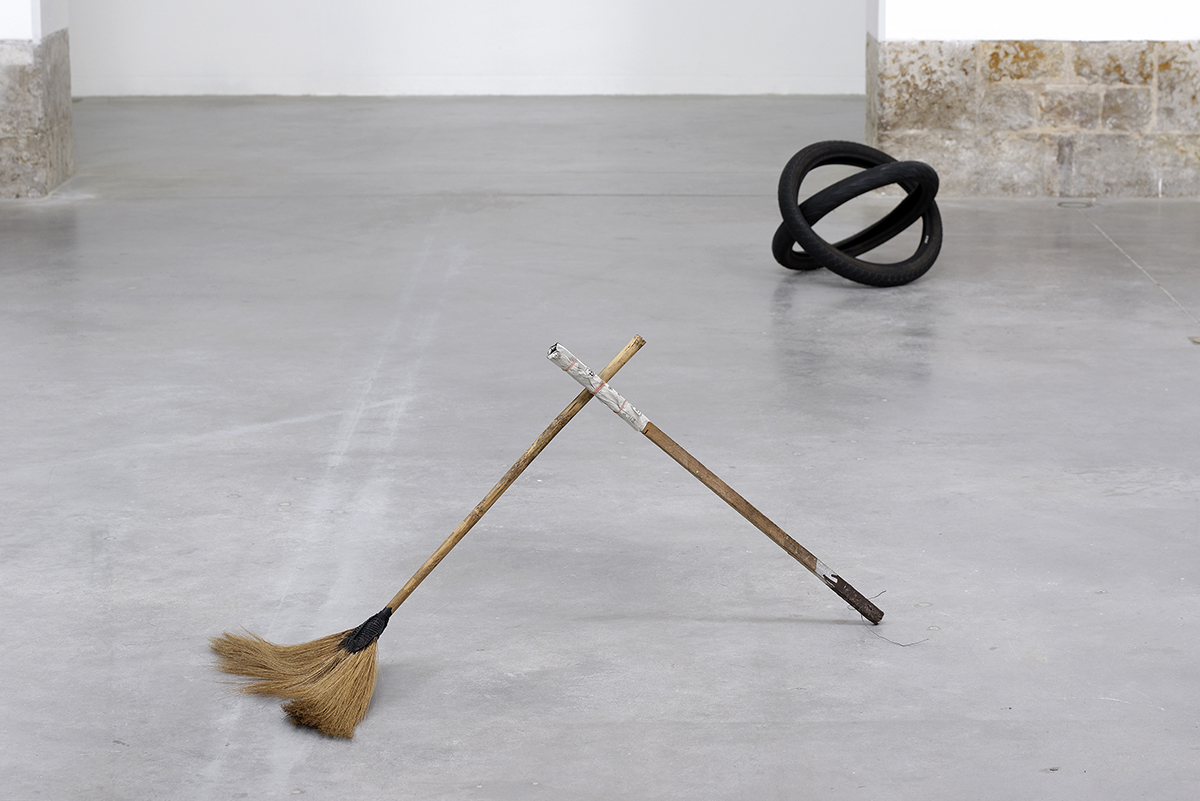 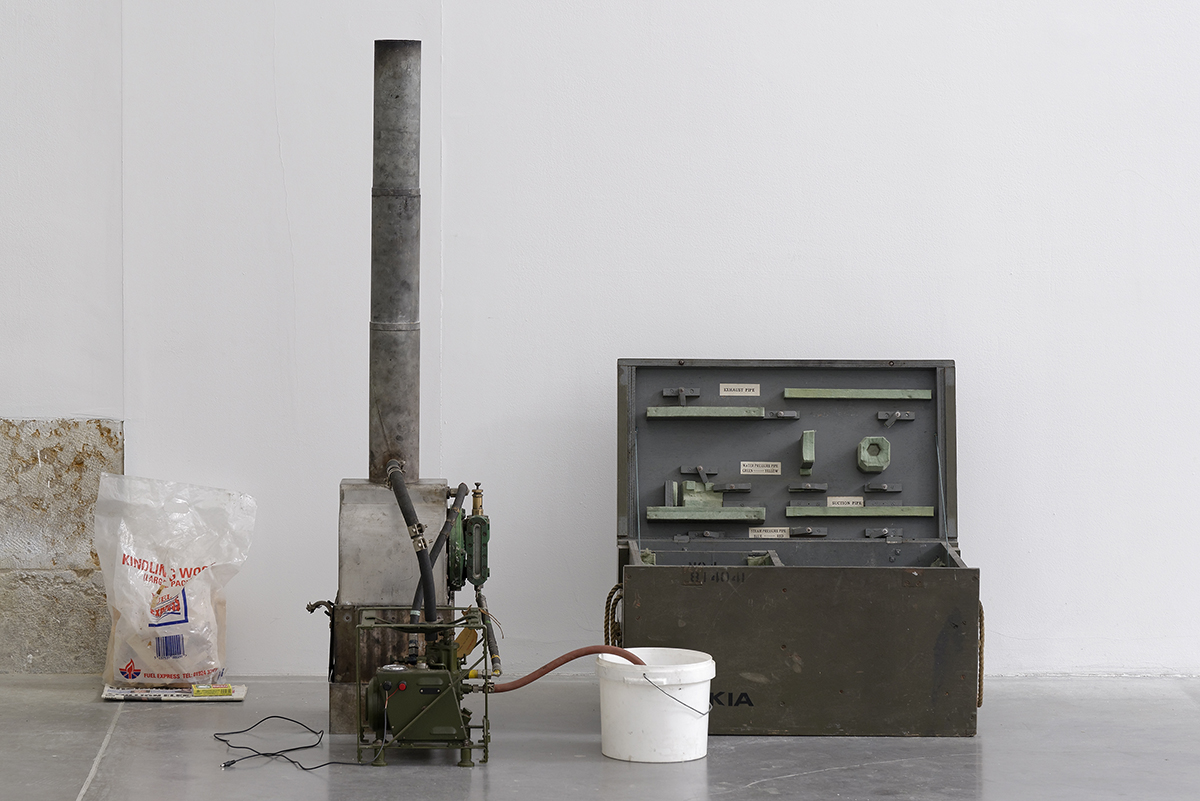 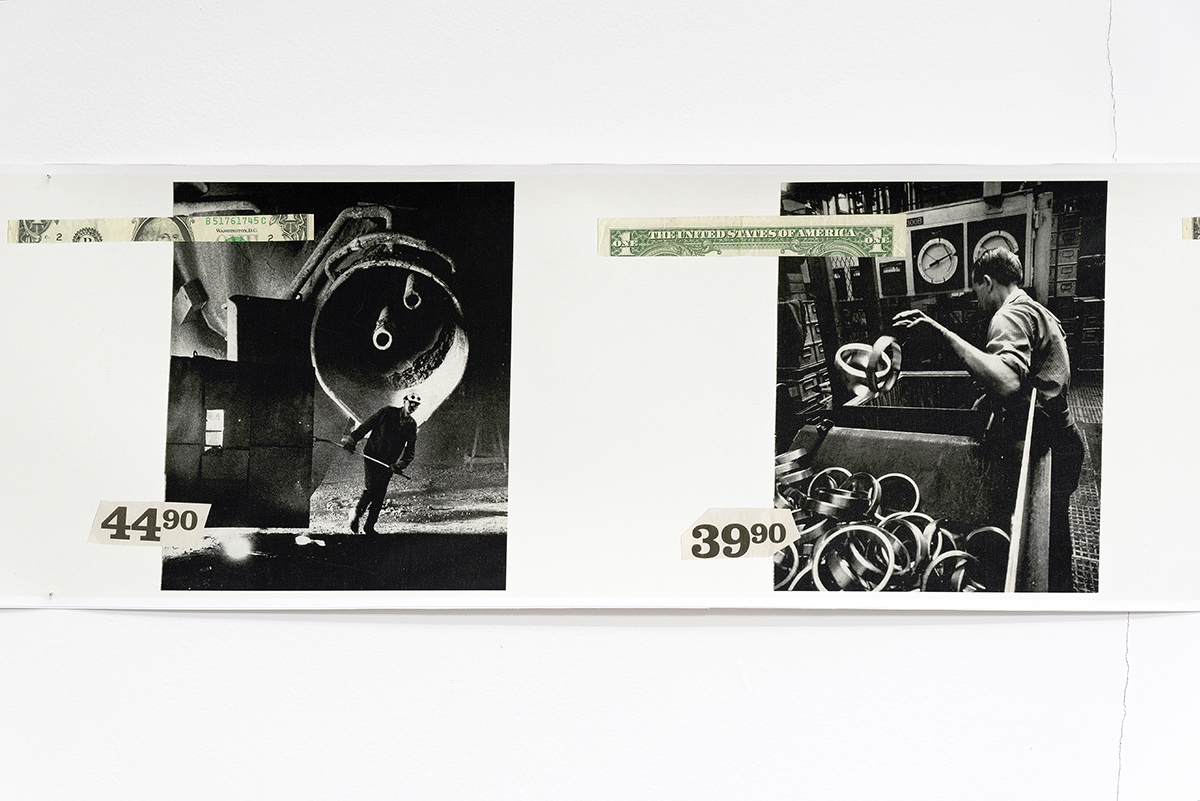 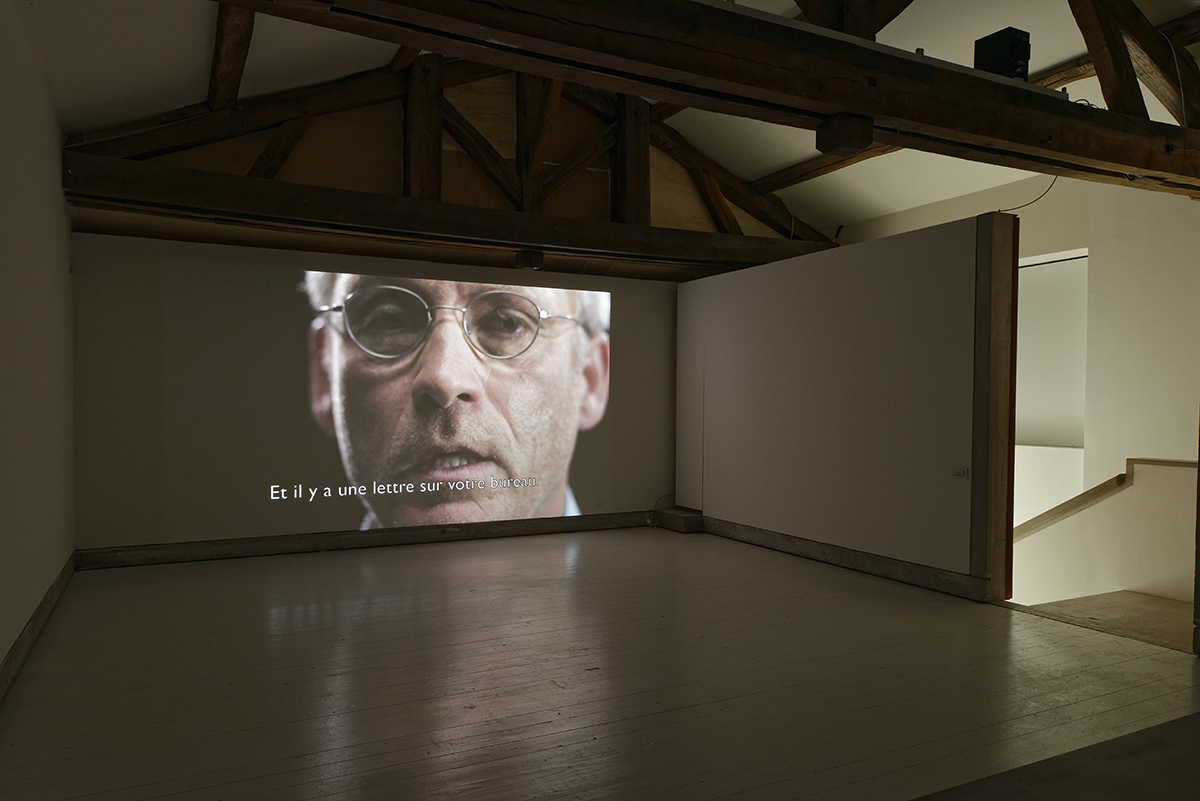 With “Les ruses de l’intelligence” (The Stratagems of the Intellect), Parc Saint Léger is offering an exploration of the de nitions, contexts and conventions of work. In an age when the power of nance continues to grow and the economy is to a large extent globalized, work itself seems increasingly abstract. In such a situation, what is its real or supposed value? Gathering its artists under the title of a book by Marcel Détienne and Jean-Pierre Vernant about the Greek notion of cunning, metis, this show does not try to offer a survey or vision of our socio-economic context. Rather, taking its cue from this notion of metis, it highlights a practical form of intelligence, the know-how and stratagems that call into question the established order. In the world of work, this mental disposition nds one outlet in what is known in French as la perruque, literally the wig. Born in the industrial workplace, this practice consists in using the company’s tools and resources to make an object for personal use. What this “wig making” takes from the factory is essentially time, more than materials. It uses it to do work that is creative, free and, above all, not for profit. This custom is allusively present throughout the show, not in references to industrial activity as such but as a possible meditation on forms of activity and production that combine invention and exibility, freedom and adaptability. These considerations are particularly germane and resonate at a time when distinctions between work and private life, business and personal environment are becoming blurred. The situation leads naturally to the question of the place and value of artistic work in the general economy.

All too often, artmaking is still perceived as an extra-economic and ideally desirable activity, especially when it is not done in exchange for remuneration of some kind. The positions taken here question the place and value of work in what we call the art world. They also allow us to question a structure that is undergoing profound changes, a time when work could be de ned other than in terms of producer/ consumer, in a way that induces a di erent relation between work time and leisure time.

Some of the pieces, such as those of Harun Farocki, Jean-Luc Moulène, Jeremy Deller and Alan Kane, engage indeed with the industrial context and suggest a world of labor that is not only changing signi cantly but perhaps disappearing. Others, like those of Super ex and Pratchaya Phinthong, respond to our globalized social and economic reality by capturing the human effects and consequences of the nancial crisis. On the other hand, another set of works address the real or supposed value of work and, by extension, the place of artistic work. In his Lettres de non-motivation, for example, Julien Prévieux sets out his reasons for not wishing to work in the world of business. Gianni Motti shows himself as work-shy and a bit of a perruqueur. Artists like Allen Ruppersberg, Mladen Stilinovic and Patricio Gil Flood invite us to reconsider the relations between working time and free time, and suggest how we might reorganize the respective ways we ll them. Finally, Stefan Brüggemann, Eve Chabanon and Eva Barto consider in their di erent manners the importance of commitment in the artistic sphere, articulating a voice that questions our modes of production and reception.

This show will also provide an opportunity to discover some real perruque work in a talk by Robert Kosmann on the day of the opening. Kosmann, a former Renault employee, is a historian, as well as a proponent, of la perruque.

CONVERSATIONS
Sundays starting at 4.00 pm, Parc Saint Léger invites you to get-togethers organized around contemporary art.
As part of this special Sunday program, Ève Chabanon will be presenting tour-performances the following Sundays, 18 October, 8 November and 6 December.

OPENING
Saturday 10 October 2015 starting at 4.00 pm
At 5.00 pm: a talk by Robert Kosmann, a historian, former employee of Régie Renault and specialist of the “perruque work.”