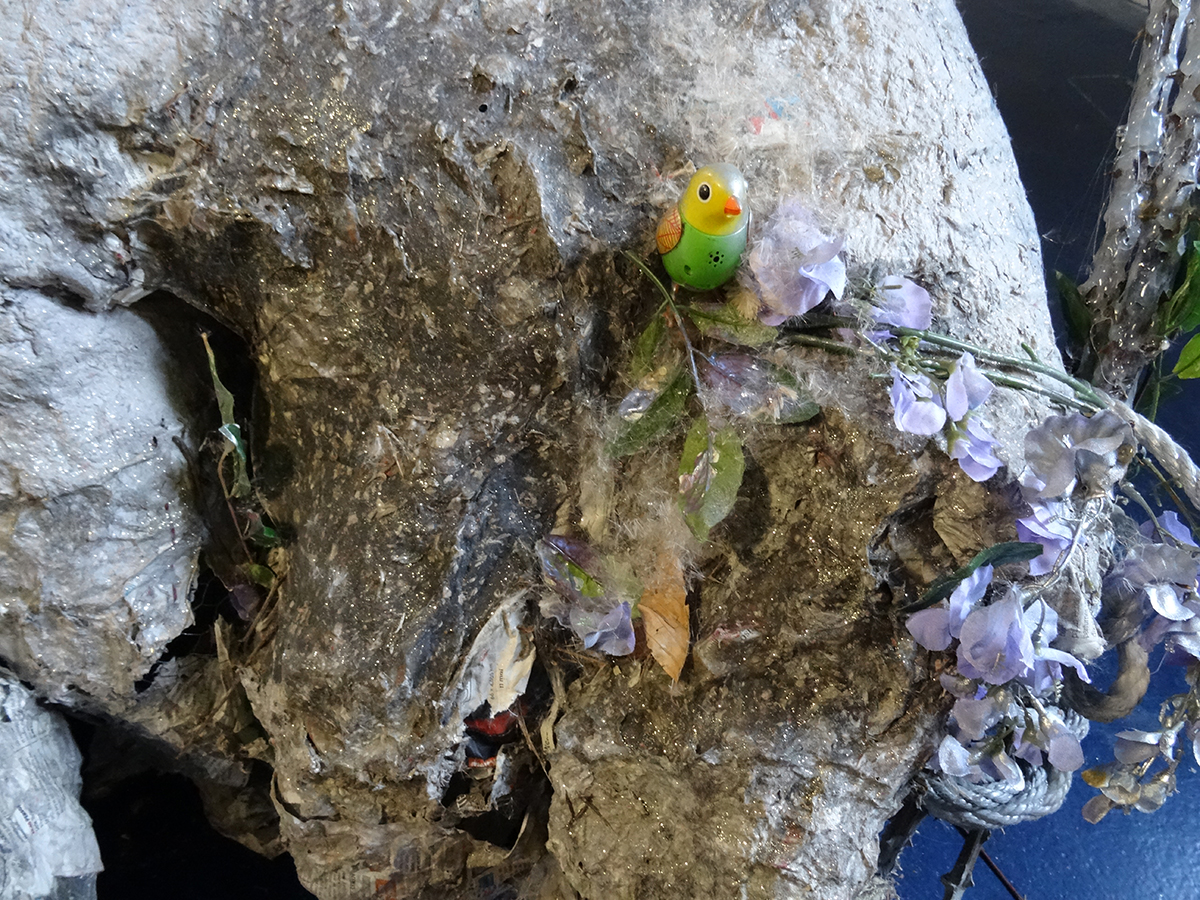 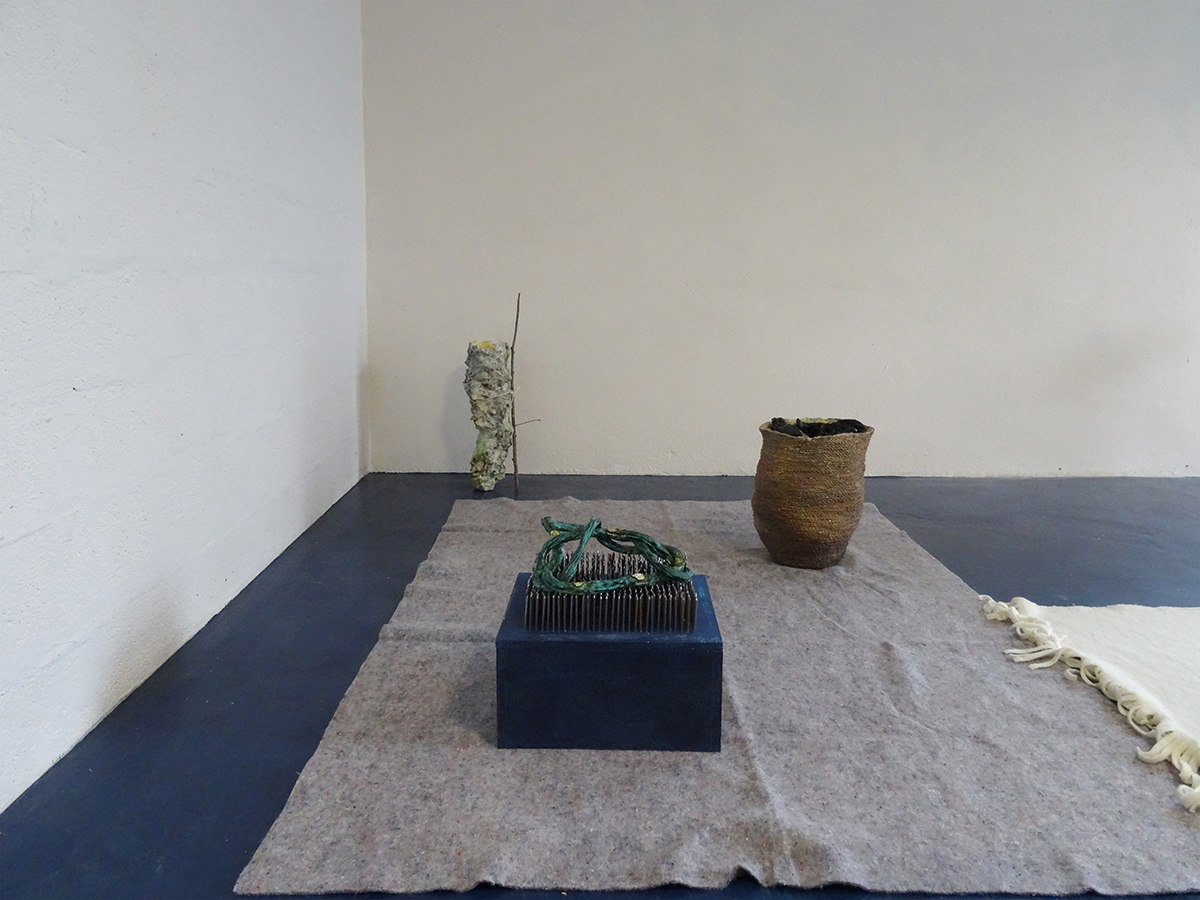 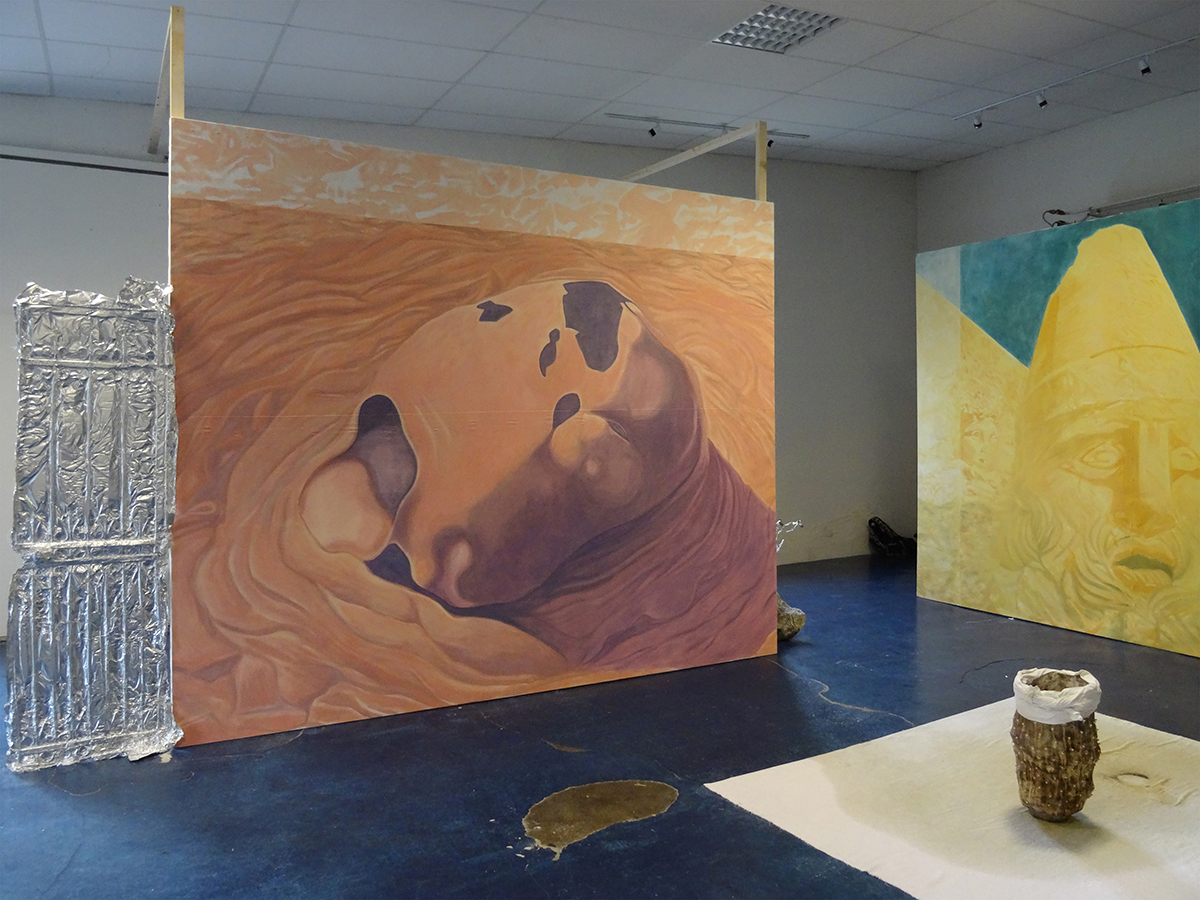 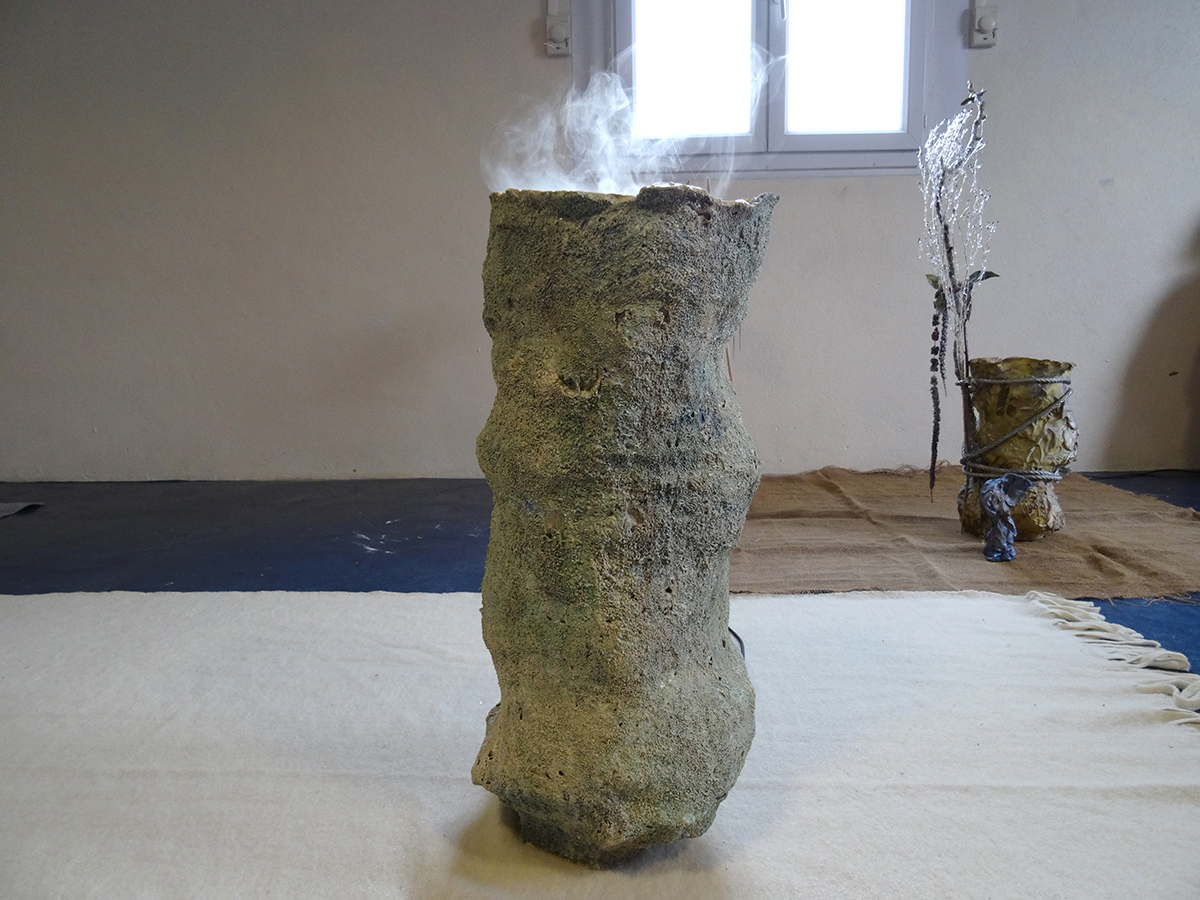 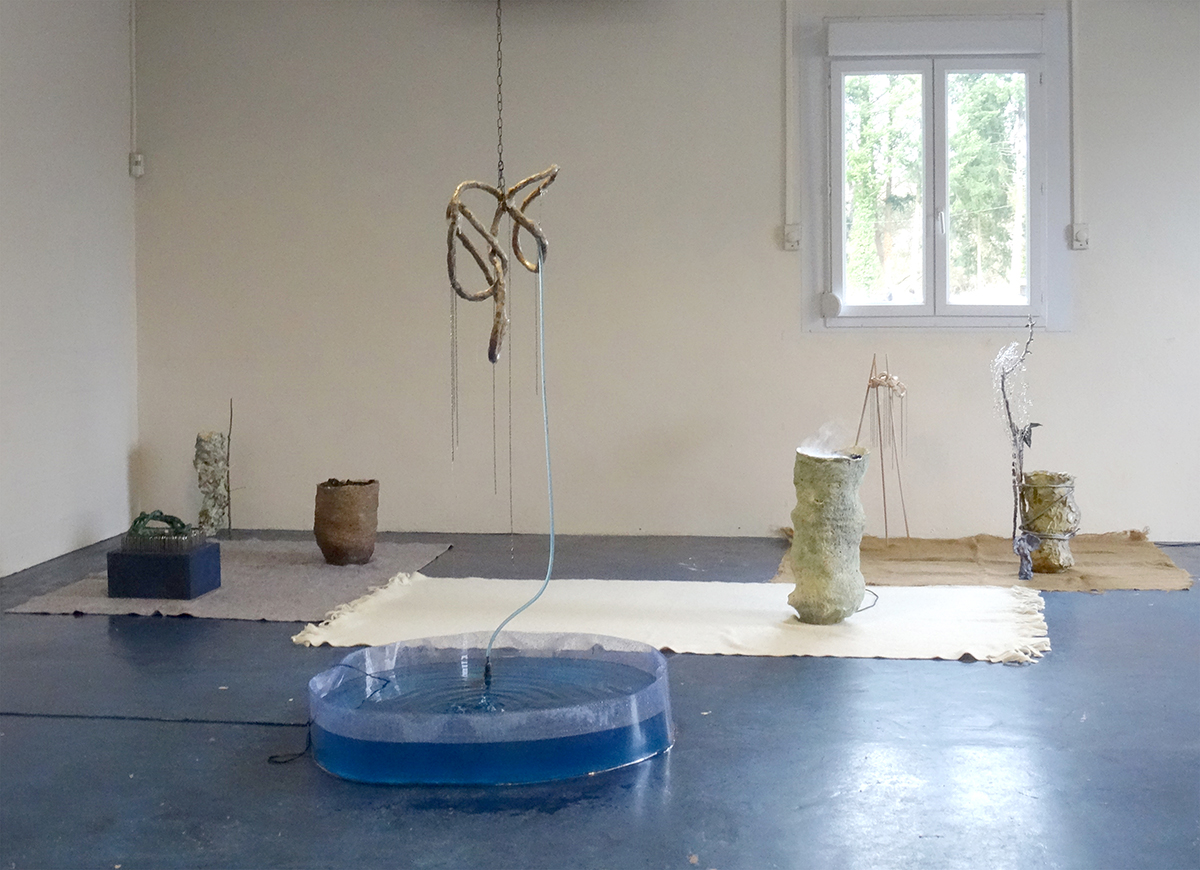 When it comes to art, the question of the title is never trivial. A red herring or springboard for an assisted reading of works that are waiting for their viewers, the title sketches out the primary guidelines and generates the mental images that are more or less provisionally responsible for the tone of the exhibition. Sometimes, as in the case of Les trépignements du fakir (The fakir’s jitters), the title promises stories or situations which the presence of the viewer will eventually clarify or cloud.

The exhibition Les trépignements du fakir brings together at the Collège le Rimorin in Dornes four artists working in different media (painting, sculpture, video and performance) but who share a common interest in physical phenomena, the wonder of matter, and uncanny rituals. Flying in the face of clichés through the apparent paradox of associating an Eastern ascetic with frantic gesticulations, the title works as a prologue to an installation that occupies the entire space of the gallery. One can wonder what might have caused such restlessness in the fakir, but the answer will doubtless keep eluding us.

Indeed, this body of work that merges inert and organic matter to produce unsettling hybrids of natural, artificial and mechanical elements is a breeding ground of a fanciful ecosystem. Among other peculiar pieces, one might find a fountain whose blue water follows the circulation of blood in the heart’s arteries, a vase bristling with tea-dripping straws, or even a Buddha’s foot whose hollow unexpectedly accommodates a group of seemingly petrified mice.

In this paradox-ripe environment, where real-world referents seem to lose their initial function and assume more poetic ones, what emerges is an exoticism of proximity, drowned in the song of mechanical birds.