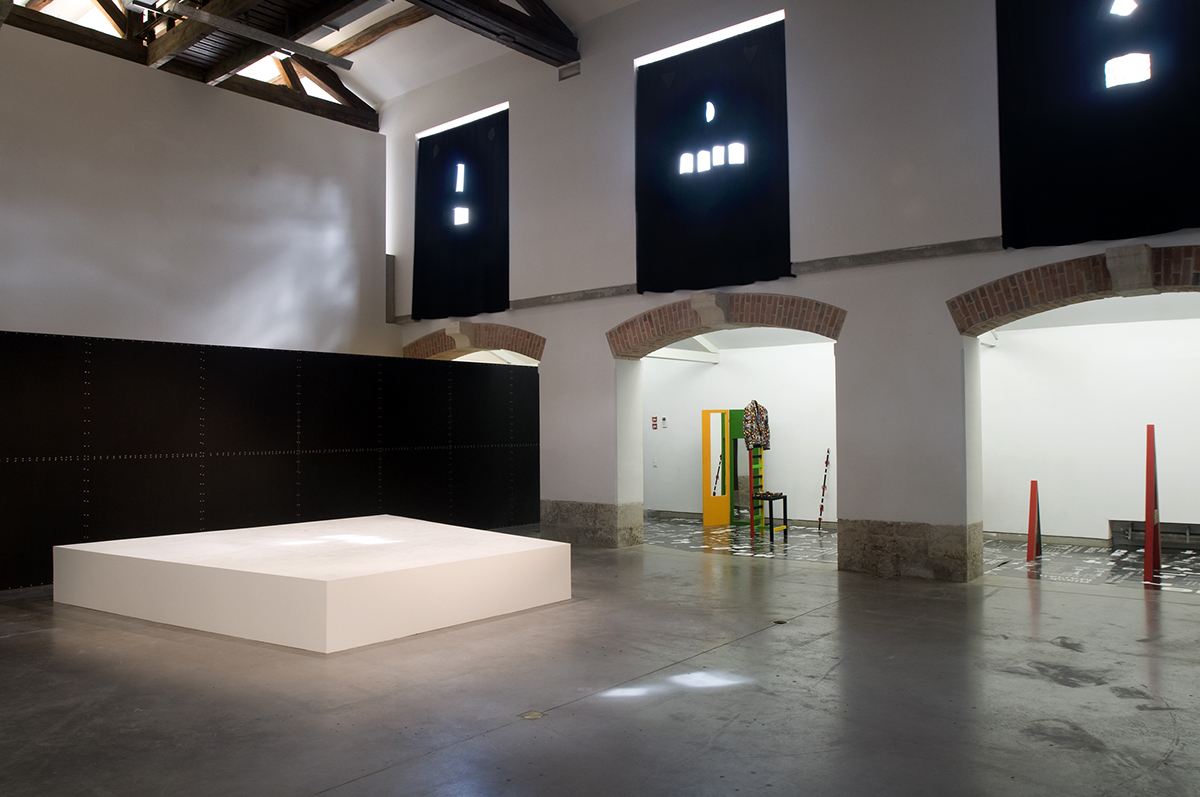 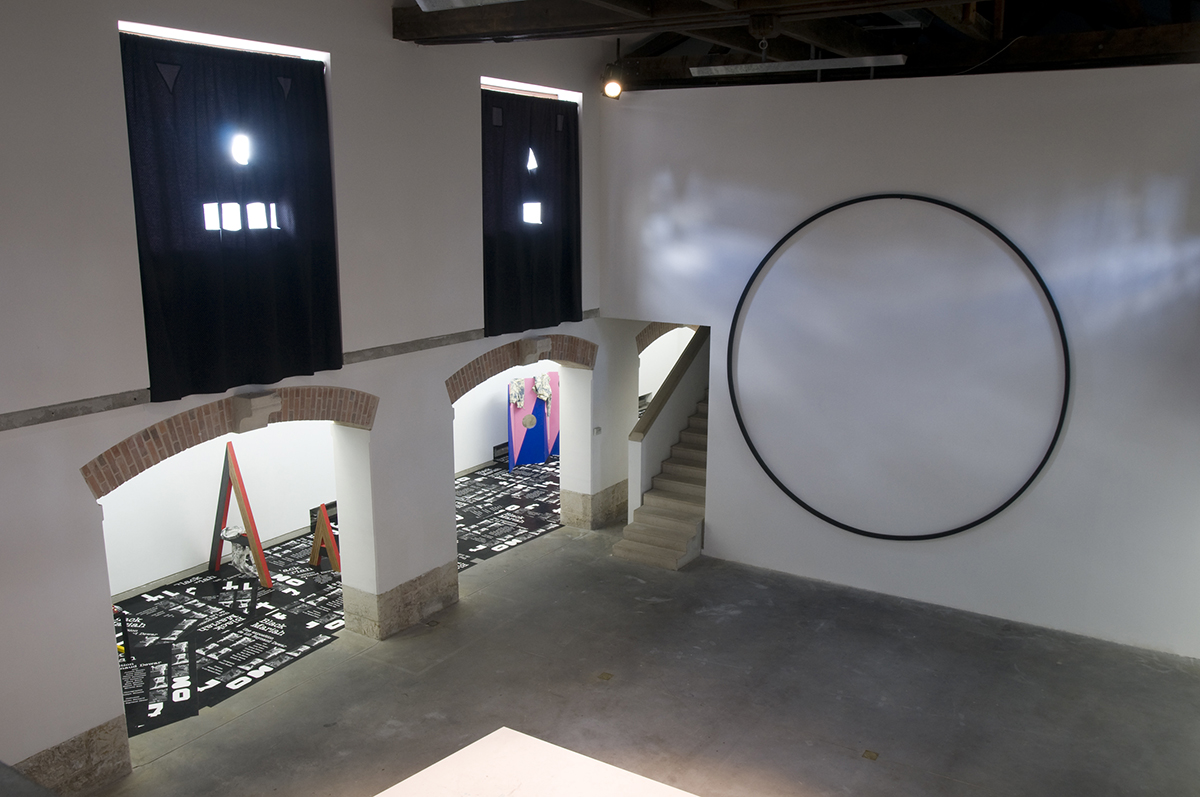 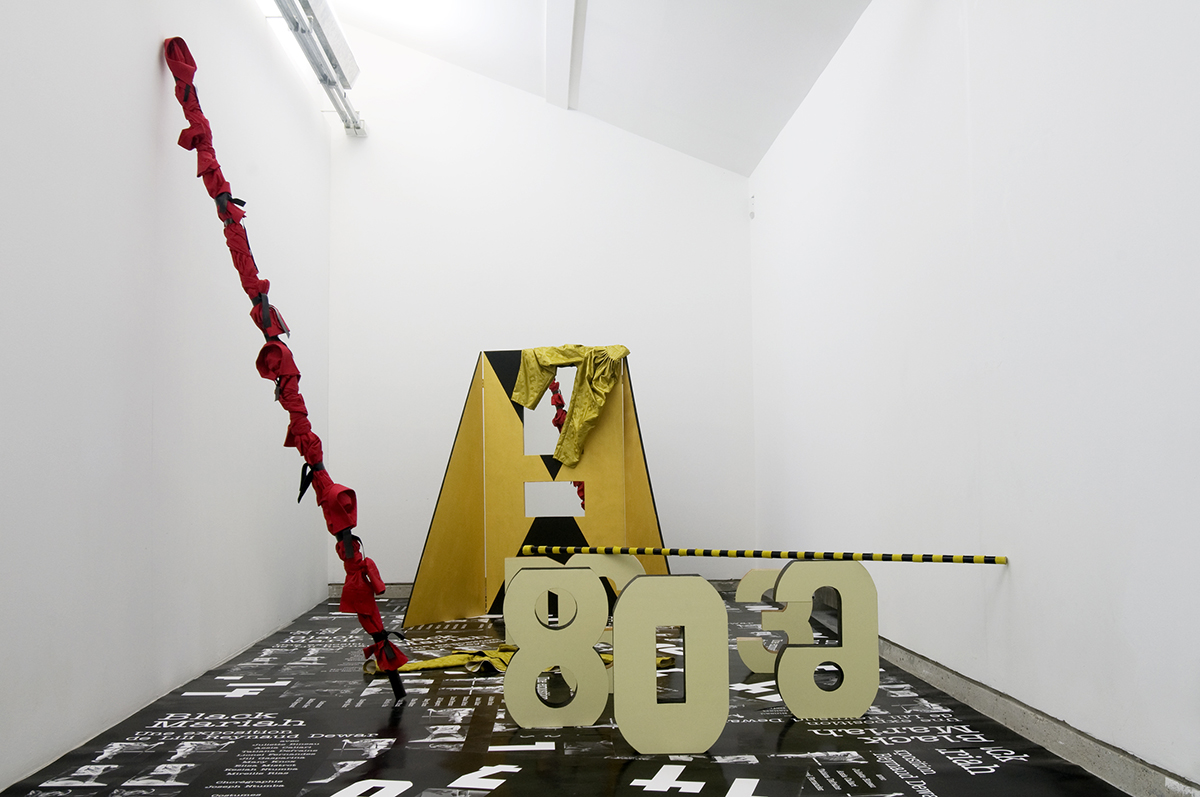 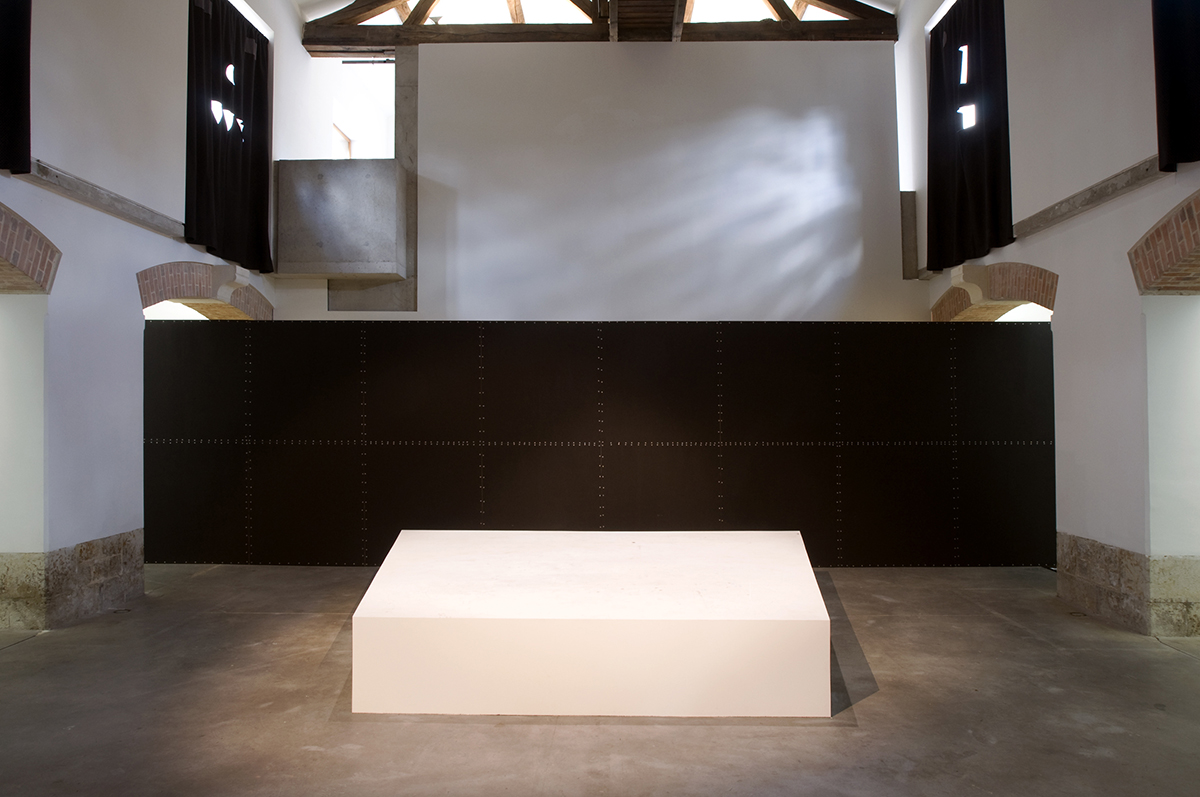 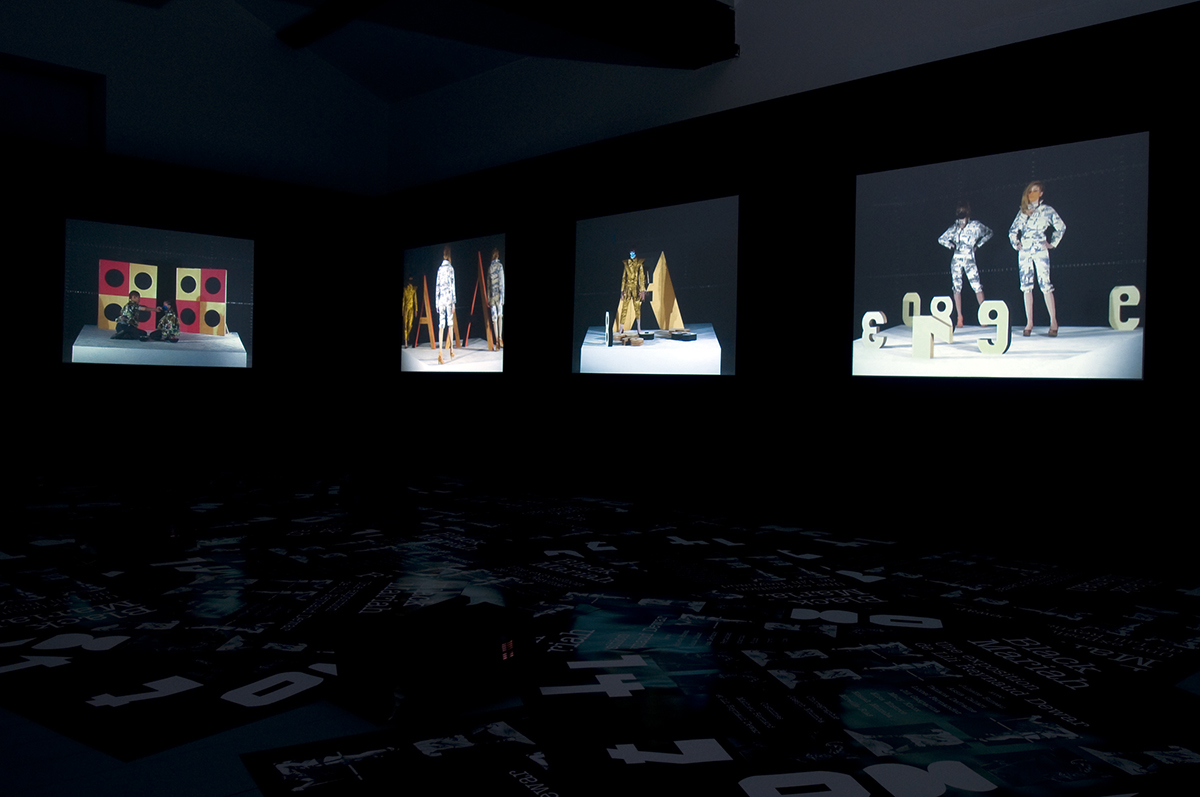 In many respects, Lili Reynaud Dewar has developed a complex, disconcerting and difficult body of work in recent years, which often renders the spectator’s position uncomfortable. By bringing together elements that are seemingly totally heterogeneous, but nonetheless unified by a kind of secret and magical logic, by virtually disregarding some of the elementary rules of epistemology, by formulating her writings, performance and installations with a formal and rhetorical vocabulary that favours allegory, myth and/or enigmas, the artist undeniably throws us off the scent of immediate comprehension. However, the pertinence and wealth of this work does not stem from any kind of dandy or aristocratic posturing, but is much more synonymous with what the Greeks called Mètis.

Mètis is a mental construct in which one gets around the rule in order to pervert its initial meaning all the better – it is a term that was invented by and for Ulysses when he was devising his strategy of the Trojan Horse. The strategies involved in the artist’s work certainly include assimilating the rules in order to get around them more easily, and absorbing the history of forms and thought.
By simultaneously subverting forms stemming from a history of entertainment alongside those from a history of radicalism, Lili Reynaud Dewar provides us with both an alternative and an anticipation of what may befall 1, in a global context in which the progression of art towards entertainment is affirmed a little more each day.

By borrowing all of the formal codes of theatre, design, performance or pop music while at the same time subverting these, all in all, the artist presents an exciting exploration of the question of identity and its corollary, the stereotype. In the background, in an almost discreet yet tenacious manner, she also presents her thoughts on power, domination and its perversions. For Lili Reynaud Dewar – superbly embodied by Mary Knox in her performances – identity represents a mutant and multifarious identity that is innately paradoxical, fragmentary and discontinuous, an identity that always manages to explode the framework that it seems to fall within. Lili Reynaud Dewar’s whole world is thus populated by weird characters that are constantly reinventing themselves: Queen Mother Nanny, the charismatic female leader who fought against slavery in Jamaica; Sun Ra, eccentric jazzmen whose stage performances are grandiose and zany; or Peter Berlin, gay actor and porn star, director, costume designer, photographer and designer who makes his own existence the subject of his art.
Beyond their heterogeneity, these recurrent figures all wind up working in the same direction: the search for one’s own identity is here perceived and experienced as a form of resistance – resistance to norms, codes and laws, including resistance to good taste. If performance is such a focal point in the artist’s work, this is because it offers an exciting parallel with archaic and contemporary rituals, which combine spectacular, eccentric and outrageous staging with an authentic and sincere search for singular identites2.
Identity versus stereotype. Or how to gain access to the self through a series of artifices, as though recognising the hollow back of a mask as being that of our authentic self.
Lili Reynaud Dewar’s proposition for the Parc Saint Léger art centre continues and extends all of these questions.

The exhibition takes the Black Maria3 studios as a point of departure, a site of film production prior to the invention of cinema – a technique known by the name of Kinetograph – which underwent a period of intense and short-lived experimentation between 1892 and 1896. From the outside, the Black Maria presented itself in the very unique form of an oblong house with irregular angles, covered in tar-lined paper and nailed all over. Furthermore, this architectural curiosity was endowed with a movable roof and fixed onto a pivoting panel in order to capture the sun to best advantage. For four years, a strange and disparate cortege of Sioux Indians, fighters, magicians, clowns, Japanese dancers and zoo animals thus paraded on the stage of the Black Maria. A group of mute playlets lasting several seconds thus toured in this manner, resulting in the composition of a highly diverse range of films. Some are part of the purest tradition of spectacle, others record simple gestures as though shot “off the cuff”, and others took the form of ethnological archive footage, like the Buffalo Dance in which an Indian dance troupe reinterprets ritual dances, thus laying down on film the transition of an ancestral ritual towards that of a commercial show for white people in need of exoticism.

The exhibition at the Parc Saint Léger functions like a fragmentary and elliptic restitution of the Black Maria, it presents a site of production that operates on the fly, before and after its exhibition opening.

Before: the space is the site of a film shoot where, for a month, the performers, costume designer, camera operator, editor and photographer participate in the development of silent films that are all more or less explicit references to certain stereotypes of spectacle (stripteases, wrestling, hip-hop dance and so on). After: the visitor to the exhibition enters a display that appears to be subdivided into sections that correspond to the various phases of an overall project. The central space is the shooting location, the lateral spaces are storage sites for all of the accessories and costumes used, the backstage is used to assign and sort the photographs as though they were sets of written notes. And finally, on the mezzanine, a multi-projection presents the films shot on the central set.

The manner of devising the space and the “exhibition” function is in this respect absolutely fascinating: it is a wonderful metaphor for the way in which the artist’s thoughts are organised, from production of the work through to its display, the exhibition is designed as a space with differentiated functions. A single space must be able to define itself based on different practices and modalities, with temporalities to be reinvested depending on the phase that they belong to. Thus, for example, the central space is defined from both a fixed and fictive point of view, which is that of the camera (the scene with a reconstructed trapeze which in fact offers a false perspective is a blatant reference to Claes Oldenburg’s Bedroom Ensemble) but it is also a space of thoroughfare that literally exposes itself to visitors.

Through this acrobatic number, with Black Mariah, Lili Reynaud Dewar undoubtedly launches a new phase in her work.