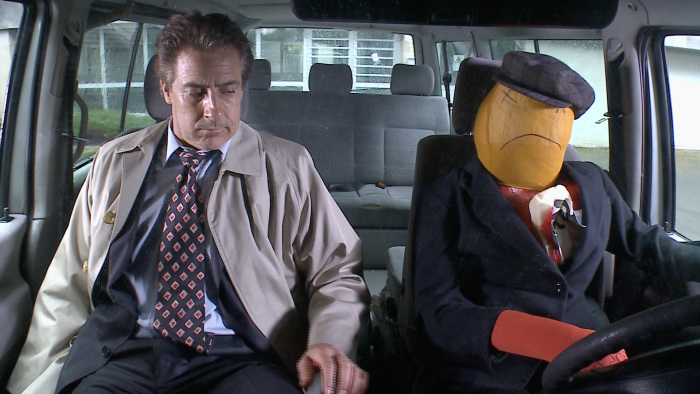 from september to november 2017

Born in 1985 in Argentina. Lives and works in Paris.

“A dark sense of humor married with a caustic analysis of the conventions of language forms the mainspring of the Argentine artist Live Schulman’s work. Creating fiction films, theater performances, and novelistic writing, Schulman produces manically verbose speeches that interchangeable characters give vent to, wraiths mouthing disjointed monologues that draw on the vocabularies of art, the liberal economy, critical Marxist theory, or psychotherapy. Dissolving one into the other, these discourses, rendered absurd and delirious, produce a paranoid interpretation of the social world based on the alienation of the body, devaluation of identities, and the aporia of the infinite desire in the quest for meaning.”

Excerpt from the artist’s introduction for “Incorporated!” the 2017 Rennes Biennial