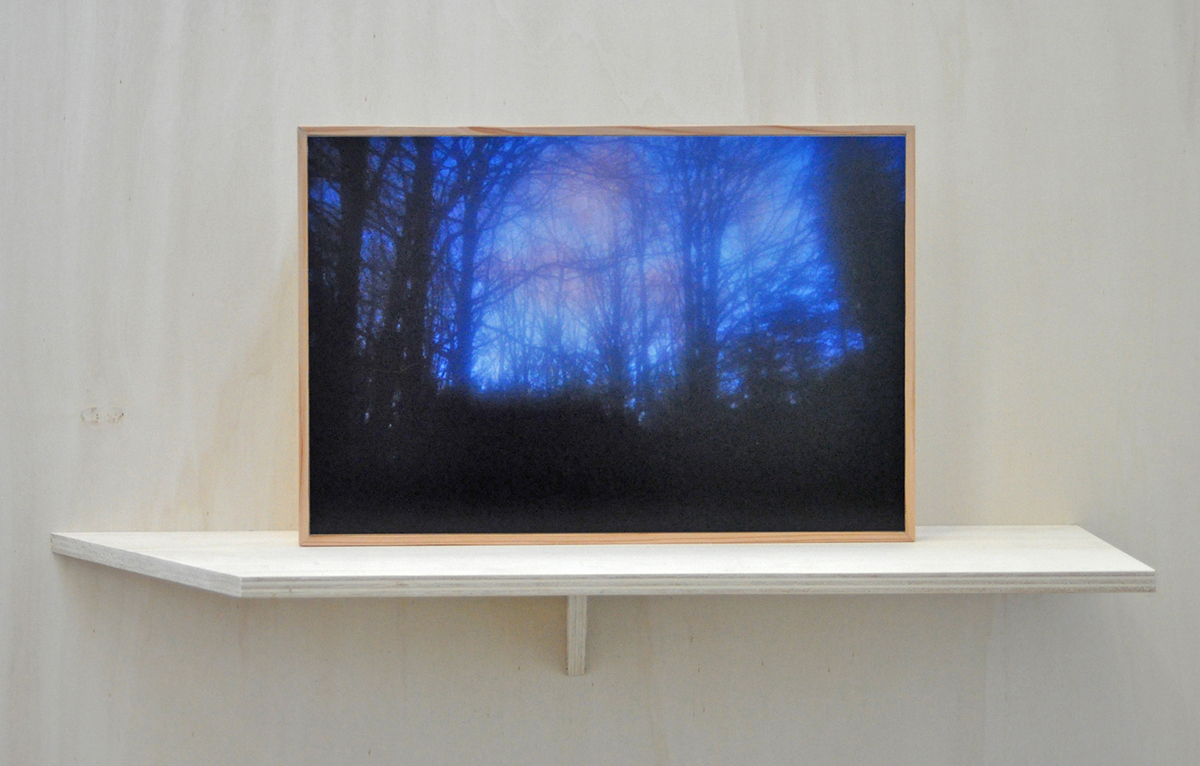 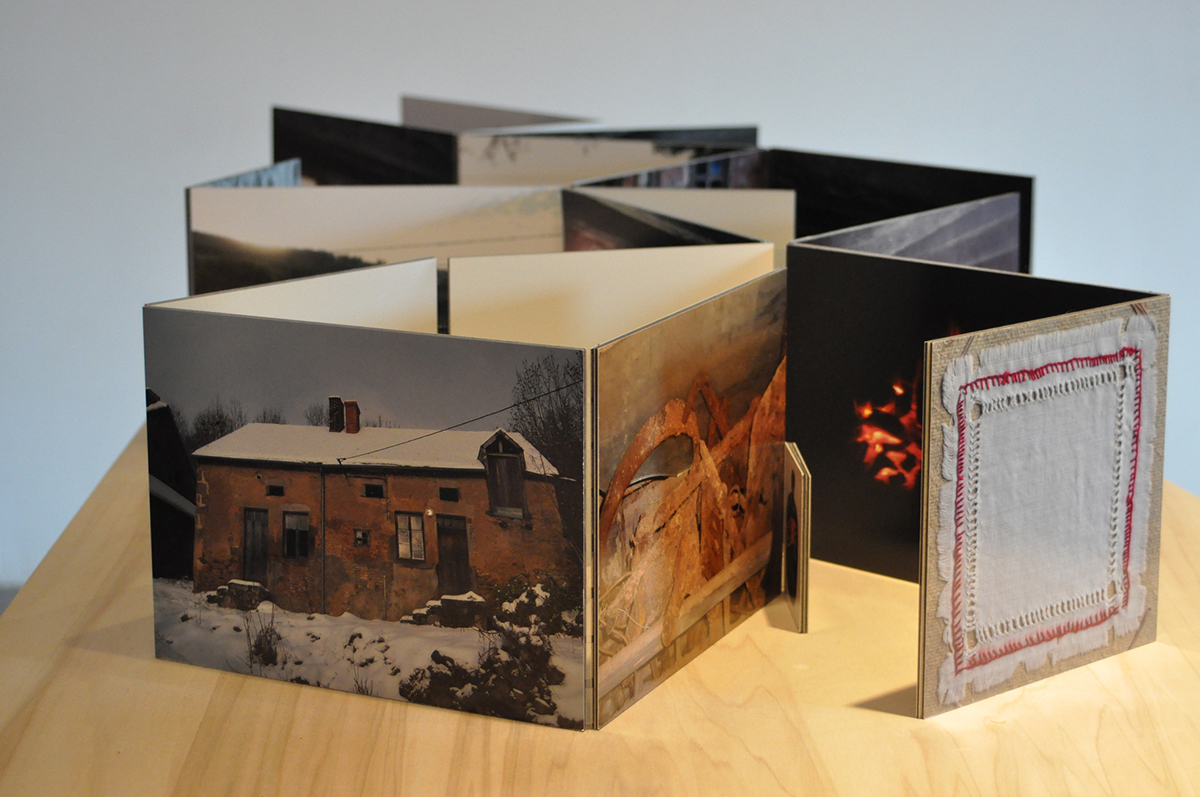 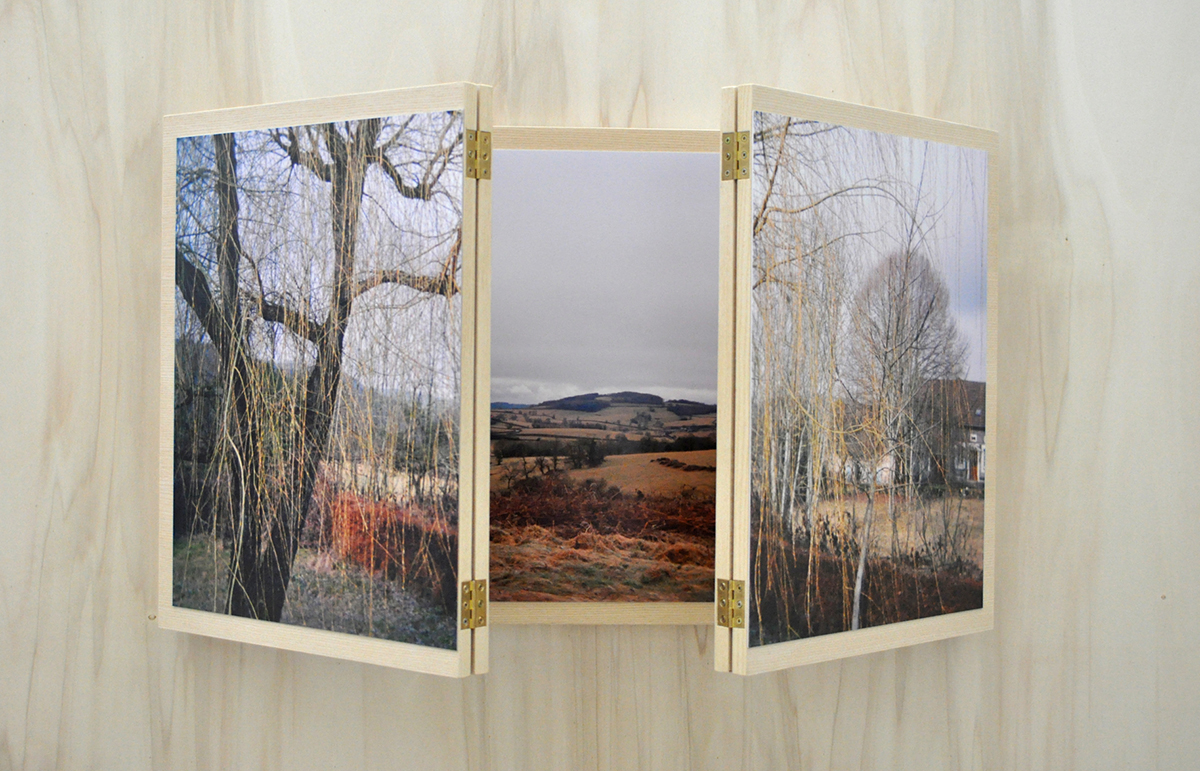 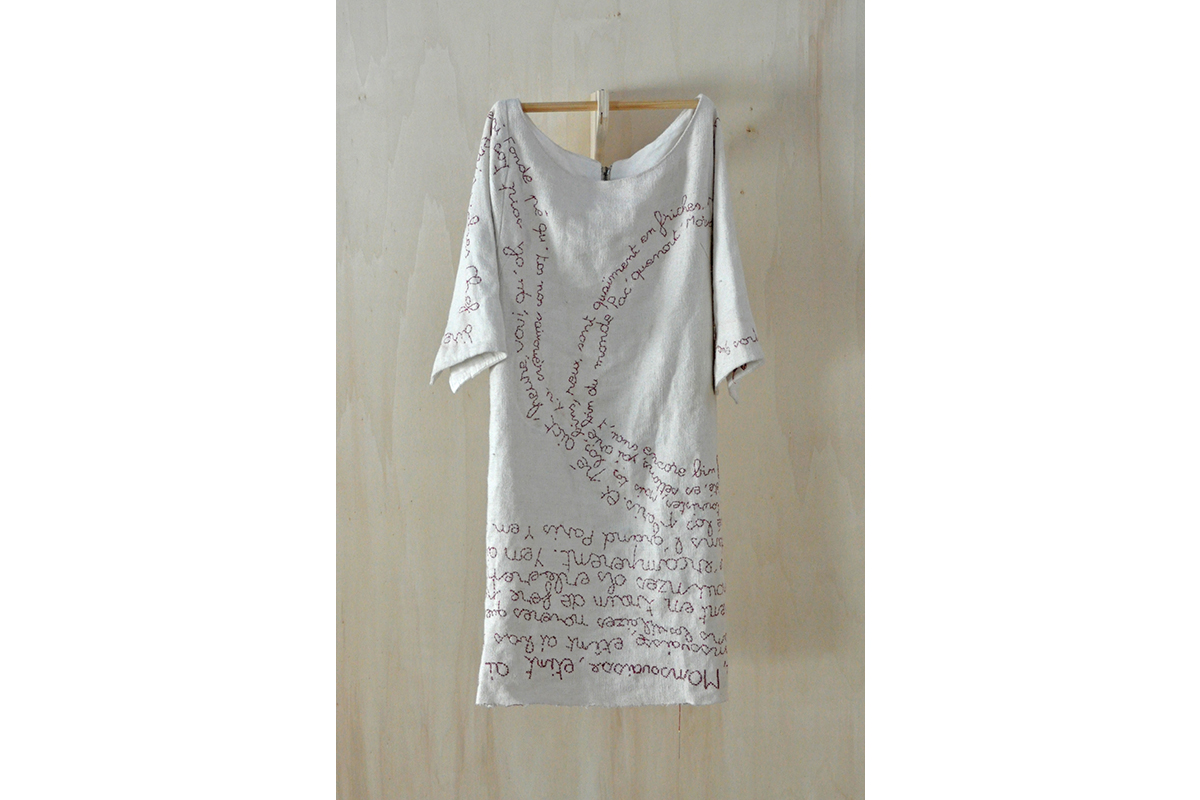 Marie Preston’s exhibition reflects the production process that constructed it: a journey that modulates and splits, a displacement within different realities, individual or collective, a story transmitted by word of mouth, a story of comparative points of view.

Sometimes a work can be produced through chance, an opportunity that in this case arose from the outset, since the invitation made to Marie Preston to work in the Morvan was made without prior knowledge of her family’s history in the region. It has to be said, this was a happy accident. As she often says, while Marie Preston works collaboratively to co-create projects and artworks, the artist does not simply source her material or inspiration from others. She contributes something of her own—her knowhow, for instance, when she decided to knit wax with the people from the Malian women’s association in Montreuil, or a question, when she suggested to a group of volunteers to join her in searching through the archives of the Jardin d’Agronomie Tropical in the Bois de Vincennes. When she arrived in the Morvan in June 2011, Marie Preston came with her history, as a young artist living in Paris and questioning the relationship between anthropology and artistic practice, but also as the granddaughter of William Angulo-Preston, an eccentric American who married Morvan resident Geneviève Pignot on the advice of a priest and friend.

Thanks to the Maison du Patrimoine Oral, and to her meeting with Caroline Darroux, Marie Preston was able to take advantage of a training course in “collecting”, a type of interview used in ethnography, in which it is a matter of “treating ordinary people no longer as subjects of observation, but as informers, and by definition, as an informer who is better informed than the sociologist conducting the interview,” according to Daniel Bertaux’s terms1. Marie Preston thus met with people who had known her great-grandfather and great-grandmother, motivated by an approach that was both scientific and personal.

The construction of a familial legend is not Marie Preston’s goal; her approach is broader, involving a questioning of the territory that focuses on a history that is both shared and individual. Meeting people living in the Morvan in order to produce a collective and personal memory from the area in order to understand what is known as rurality, the relationship to otherness (the great Other: woman, foreigner, progress…), hybridity… This was the very broad and open area of investigation that she wanted to tackle.

Therefore, thanks to the social services offices of Corbigny, Montsauche-les-Settons and Château-Chinon, Marie Preston met with Paul Camuzat, Laurence Coudereau, Keith and Linda Dale, Thérèse Fichot, Christine and Louis Goulois, Monique and Just Lucazeau, Madeleine Petitimbert and Régine Perruchot. Combining their knowledge and life stories, together, they thought about the story that they wanted to tell, alone or with others, and about the form that this would take. Hence Régine Perruchot, the initiator of the Patois workshop in Montsauche, wrote a song that Marie Preston embroidered on a dress. The participants in the Partage workshop told the story of Sister Monique, who they knew well and a film presents this legend. Mme Fichot, met via the meals on wheels of the Corbigny centre, told Marie Preston about her past on the farm and its future, with her son having taken over with an organic farming business in Highland Cattle. It is the hair from these cows that connected the squares of wool knitted by Madeleine Petitimbert at Marie Preston’s request. Just and Monique also narrated the reunion with Just’s parents and brothers, with supporting photographs. Just was a social welfare child, so their words revived this typical moment for a Morvan who had grown up with strong memories of his “wetnurses”. Let’s not forget Keith and Linda Dale, who are learning French at the Château-Chinon social services office and who acted out the evolution of their past between Boston and Planchez. To start at the beginning, the initial subject of this history, built with Caroline Darroux, based on her theory regarding “dirty old women”, a photographic polyptych of the region and of Henriette’s house in particular, one of the women Caroline met.

What Marie Preston and her collaborators produced goes beyond the fundamental question of “the right distance” as it is posed in anthropology: anthropologists ask themselves what kind of objective knowledge they can bring to bear on an object or world that they are also a part of. Here, what is presented to us to see and listen to with Le Pommier et le Douglas is knowledge about the Morvan region, drawing together the subjective and the objective, represented through a polyphony of images and objects, since, as Jacques Lacan might have put it: knowledge comes from others and enjoyment is derived from things.

Marie Preston was in residence on the Morvan territory within the framework of the Parc Saint Léger—Hors les Murs programme from June 2011 to October 2012.