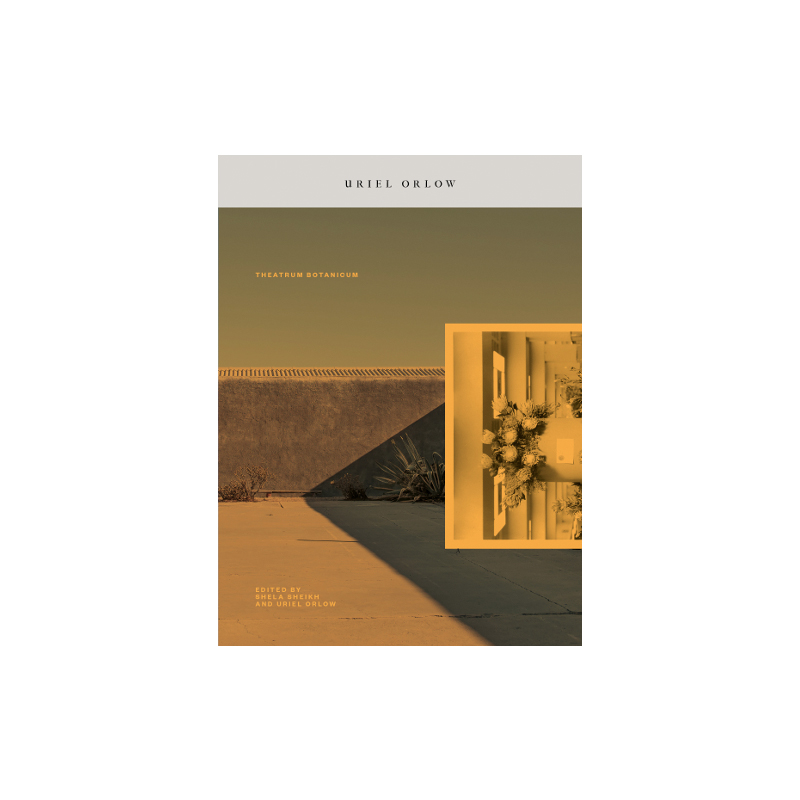 This publication emerges from Uriel Orlow’s Theatrum Botanicum (2015–18), a multi-faceted project encompassing film, sound, photography, and installation, which looks to the botanical world as a stage for politics. Working from the dual vantage points of South Africa and Europe, the project considers plants as both witnesses to, and dynamic agents in, history. It links nature and humans, rural and cosmopolitan medicine, tradition and modernity across different geographies, histories, and systems of knowledge—exploring the variety of curative, spiritual, and economic powers of plants. The project addresses “botanical nationalism” and “flower diplomacy” during apartheid; plant migration; the role and legacies of the imperial classification and naming of plants; bioprospecting and biopiracy; and the garden planted by Nelson Mandela and his fellow inmates at Robben Island prison.

This publication is made up of two intertwining books: one documents the works of Theatrum Botanicum, including the scripts for two films; the second is a compendium of brief, commissioned essays that aims to offer an accessible snapshot of the complex and multifaceted issues that inform and are raised by the artworks. The independent but interrelated essays, which either speak directly to the artworks or follow lines of inquiry alongside them, cover perspectives from postcolonial cultural studies; art criticism and art history; natural history, botany (including ethnobotany and economic botany), and conservation; jurisprudence and critical legal studies; and critical race studies.

Design by In the shade of a tree (Samuel Bonnet, Sophie Demay, and Maël Fournier-Comte)