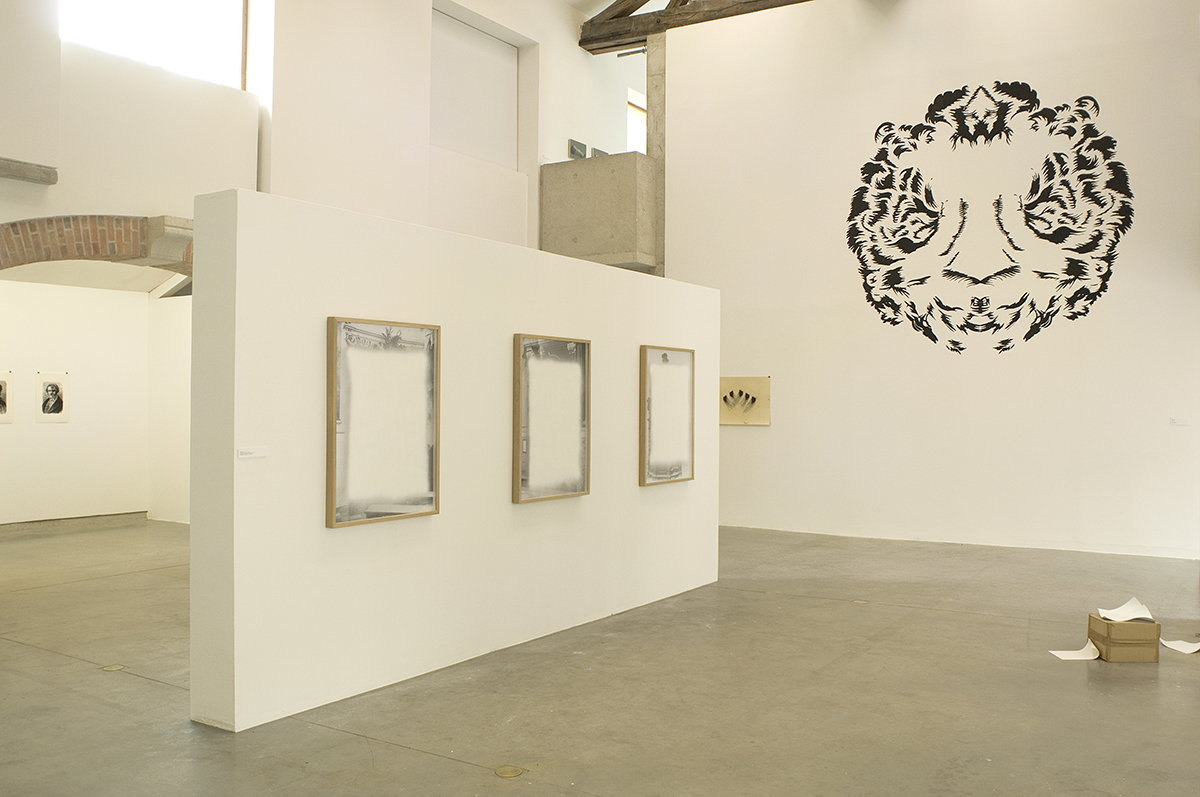 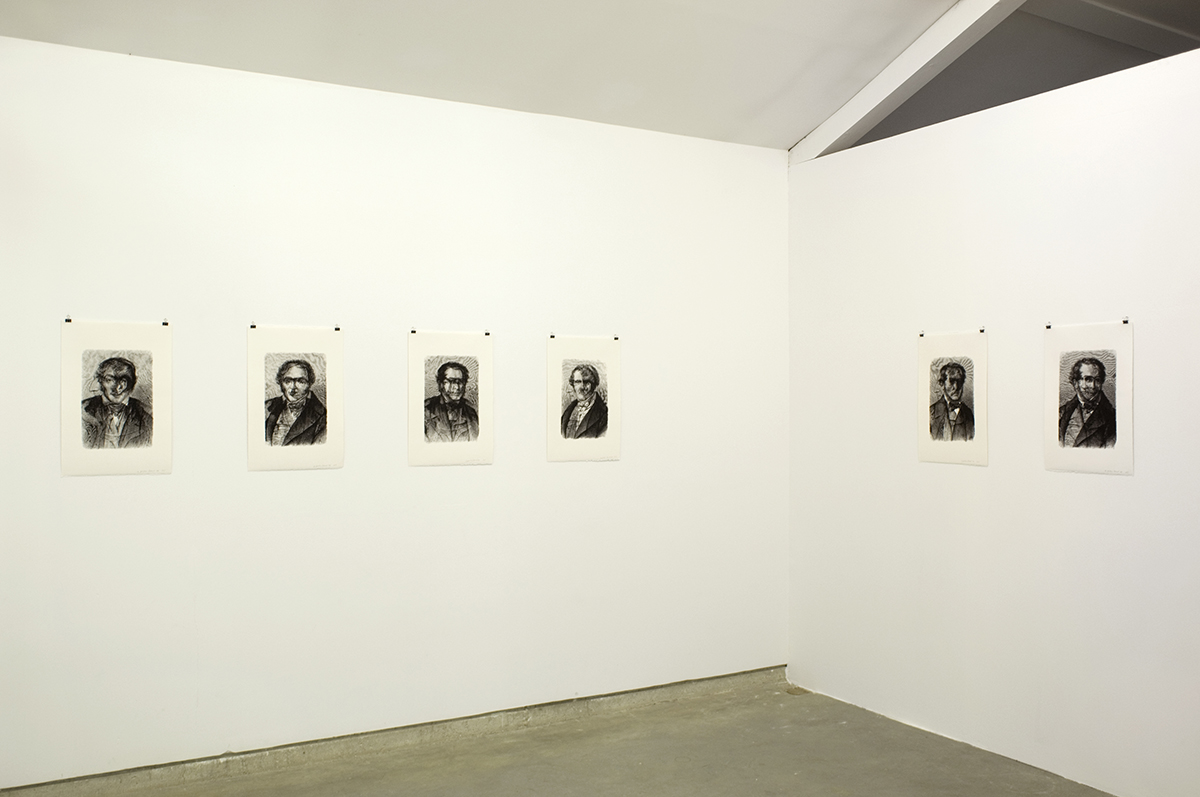 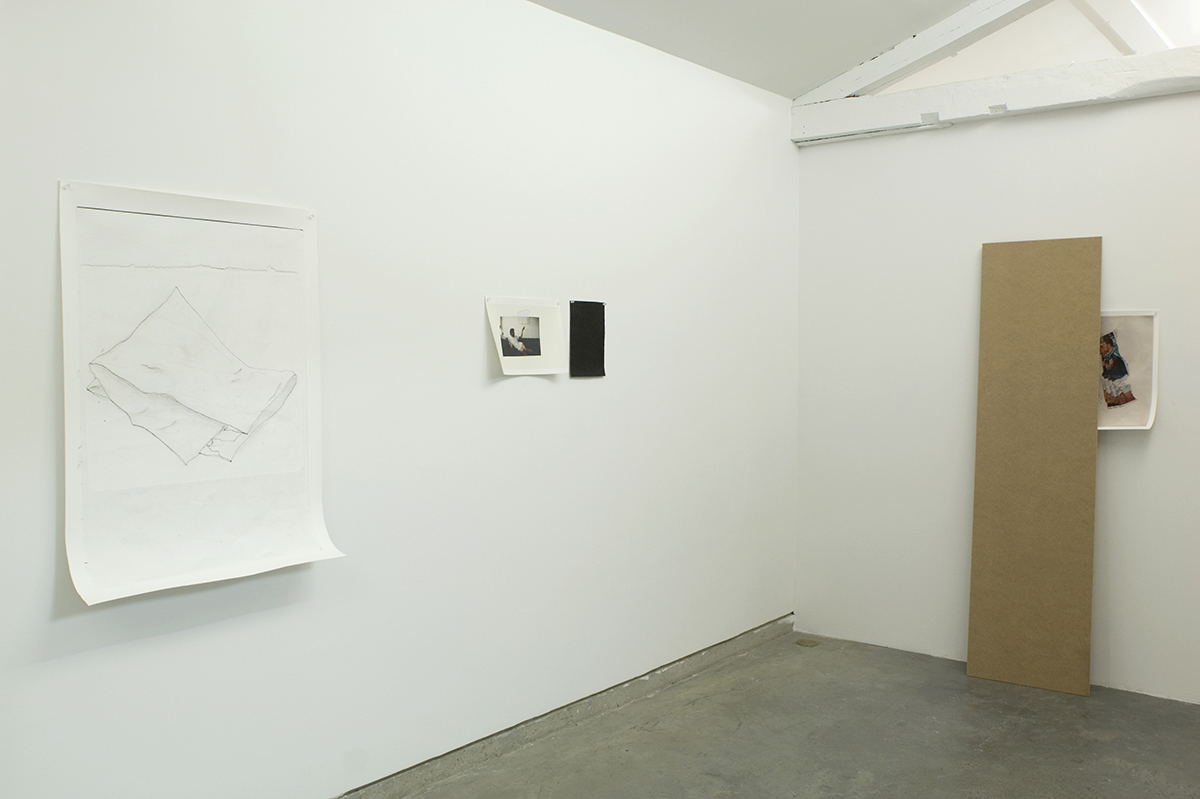 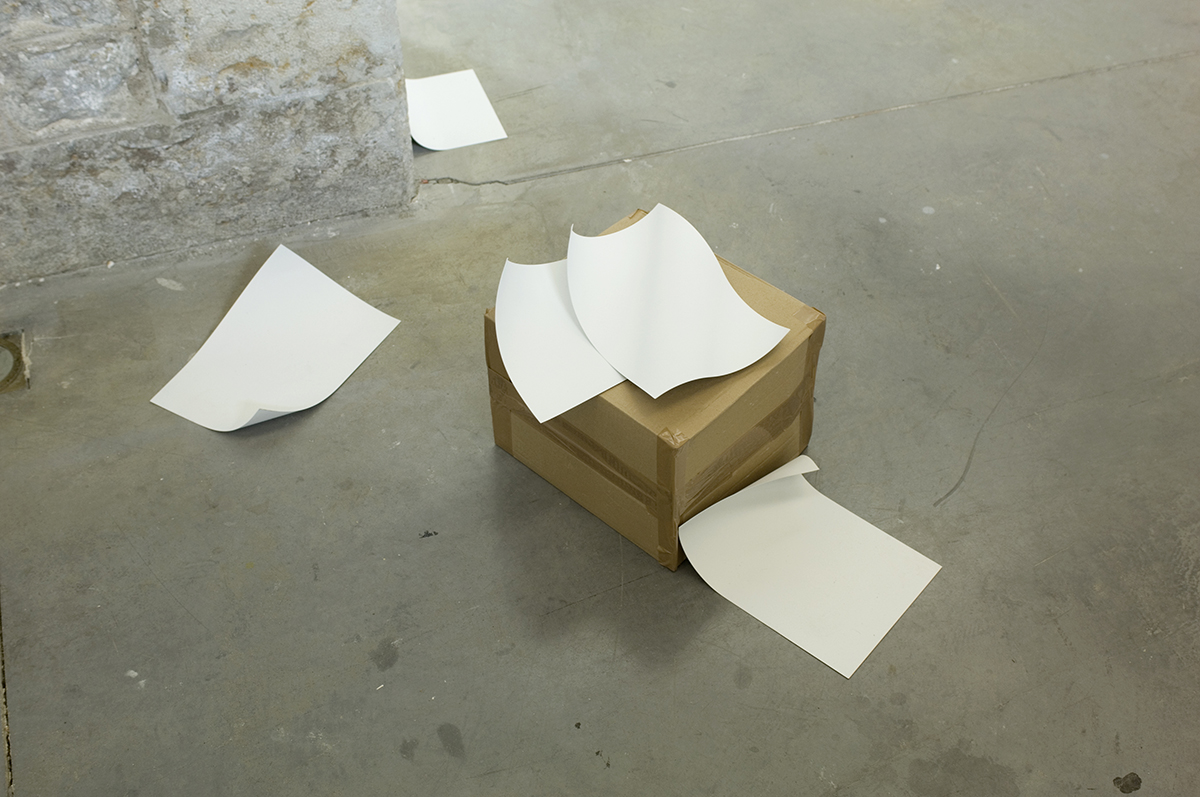 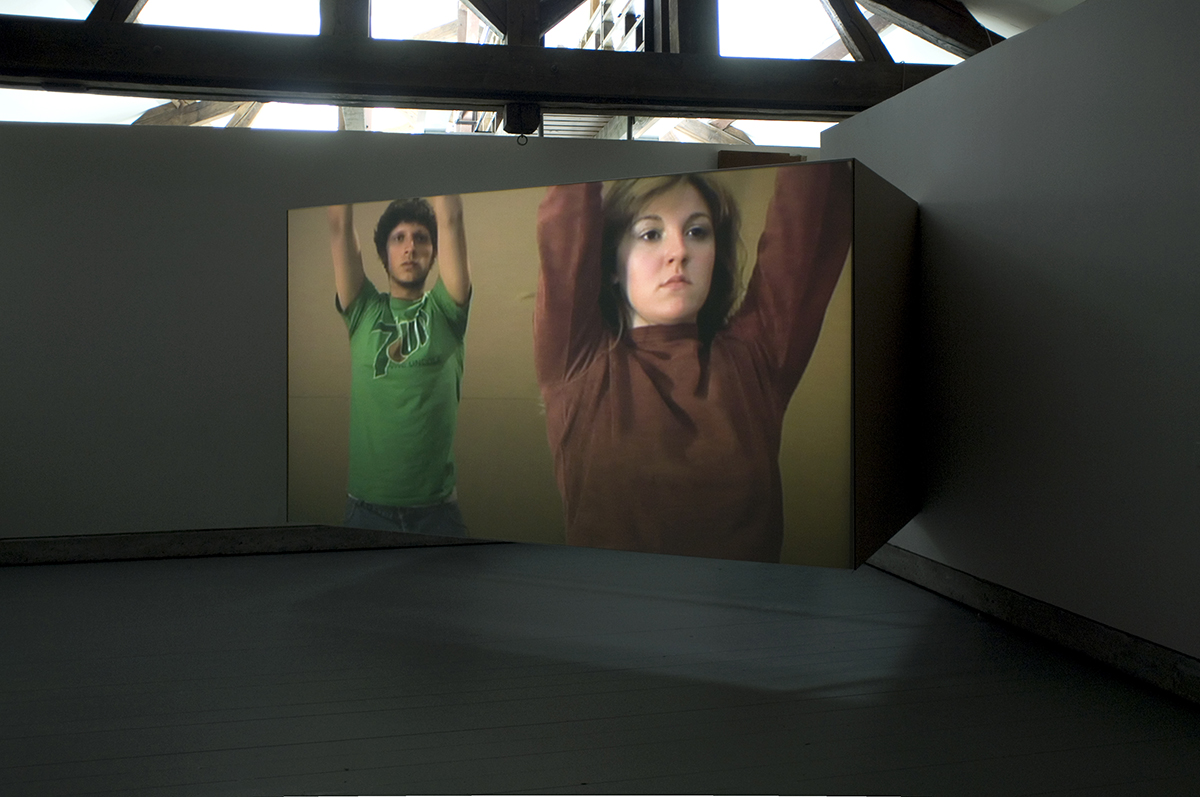 “She glimpsed a strange scene as though through a thick curtain. From an unusual angle, as though she were positioned higher or lower. Yes, lower. In a white room floated silhouettes of curious shapes. Big feet, long legs, stunted necks and almost non-existent heads.” *(1)

The omnipresence of fiction in our society is incontestable. Just as much in the media sphere as in politics, fiction is besieged by cliché, the codes are precise, immediately comprehensible and understood from one end of the planet to the other. Having been maltreated by the radical experimentations of the sixties and seventies, fiction is also making a powerful comeback in contemporary artistic practices, seeking through these to reinvent other experiences in time and space, running counter to the narrative modes commonly used in mass media. In France, many recent exhibitions (“Une histoire à soi” at the Galerie Noisy-le-Sec or “Twice Told Tales” at the Michel Rein gallery, to name only two) have testified to this evolution in which fiction appears as a formidable vector for reactivating and questioning reality.

As an extension of this analysis, the exhibition at the Parc Saint Léger art centre focuses on the question of character, or more exactly, on the way in which certain artists convoke real or imaginary, literary or historical characters in their works, unearthed from the recent or distant past. The title of the exhibition refers to both Bergman’s eponymous masterpiece and the psychoanalytical theory of the persona in Jung. Persona (speak through in Latin) refers to the mask worn by theatre actors in ancient times. The role of this mask was to give actors the appearance of characters, but also to allow their voice to carry far enough for the audience to hear them. In Jung, the persona must be understood as an archetype, a “social mask” that each individual adopts in a more or less conscious manner. Through the persona, it is therefore clearly the steps of appropriation, identification and one’s relationship to the world that are at stake. The persona concept undisputedly possesses social and political connotations: the more the world becomes mediatised, the more it deals in archetypal and standardised images, and the more intensely the persona invades both the social and the private sphere (body). You only have to turn on the television or the computer screen to see the devastating power of archetypal images in our society and the exhaustion of their semantics ad nauseum.

Faced with this incessant reality (TV), certain contemporary artists imagine derivative scenarios by placing disparate and fragmentary elements under tension, which the spectator must piece back together like a detective or an archaeologist. These narratives function like source-utterances*(2) in which the narrative progresses through the duplication of this utterance, even if it means sometimes that in the end, there are only traces of the original pattern remaining that are difficult to perceive. With respect to the concept of Persona developed by Jung, Deleuze and Guattari develop the idea in Anti Oedipus that the fate of humankind is to “unmask the face”. Unmasking the face consists of knowing one’s own face, the one that society reflects back at you, then breaking away from it by linking it to other traits, in order to pave the way from what is to what can become. For Deleuze and Guattari, it is not enough to perturb clichés in order to get away from the figurative, they oppose what they call “the figural event” to the idea of narration: something happens, or more accurately, something passes in the appearance of the figure. The character suddenly appears like an event, not as a moulded body, but as a system of invisible forces and dynamics. In this, the notion of the fragment thus takes on its full meaning: “the fragment allows us to inverse an order, to disconnect the rules of the game. It favours the multitude over form, suggesting other editing processes that provide new ways of presenting reality.”*(3) Since a growing number of artists are convoking characters as source-utterances, is it possible to read in this a strategy of conquest, a conquest that is as much of an aesthetic nature as it is political?

Through the evocation of real or imaginary characters, the artists of the Persona exhibition metaphorically invoke attributes that allow them to infiltrate and reanimate reality. The figure of Don Quixote in Aurélien Froment’s work, that of the child in Virginie Yassef or Kurt Schwitters’ Merzbau in Gail Pickering, to name but a few, act as powerful catalysts for ways of thinking about the world.

Persona is a ghostly exhibition, in which the question of the double or doppelganger recurs, in which the character is often sketched out in the background. The exhibition is inhabited by shapeless, shifting characters that haunt paradoxical spaces, and its schizophrenic structure stems from the disparity between a character and its double, between a role and its incarnation.

(1): In “Possessed” by Witold Gombrowicz. (Our translation).

(2): The term is borrowed from Deleuze and Guattari.