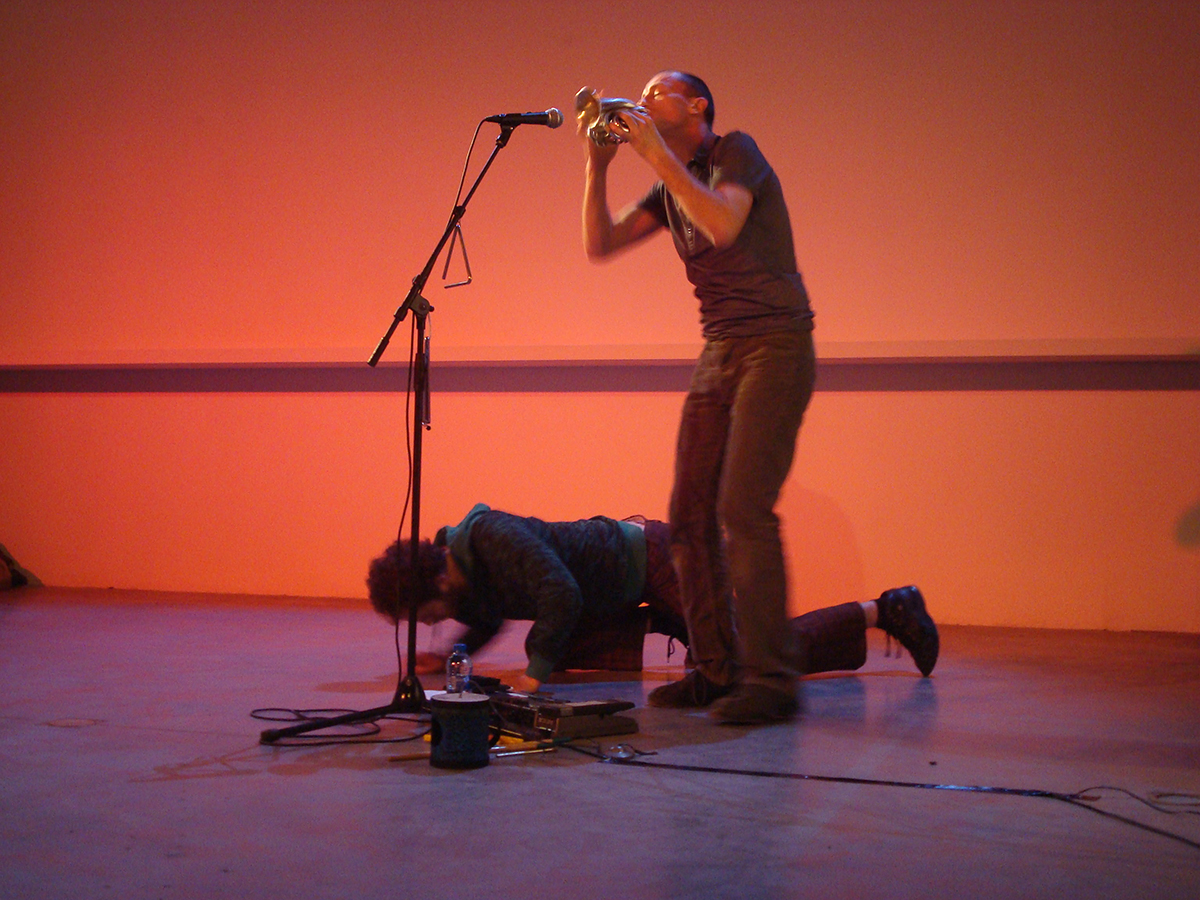 Boris Charmatz, dancer and choreographer, is considered one of the leaders of the French new wave. An iconoclastic choreographer, he is internationally recognised for his various experimentations and his radical approach to dance, developing open projects relating to various media (video, fine arts, literature). Médéric Collignon is a trumpet player and singer. Having appeared on the French jazz scene in the 2000s like an unpredictable and overexcited will o’ the wisp, Médéric Collignon has been winning audiences over with his gentle madness and musical hyperactivity and quickly became a popular success. So it was inevitable that these two men cross paths. After “Jazz à la Villette” and the “Parcours Danse” in Chamarande, the two troublemakers will present an improvisation that makes strange and stimulating connections between sound, space and the body.