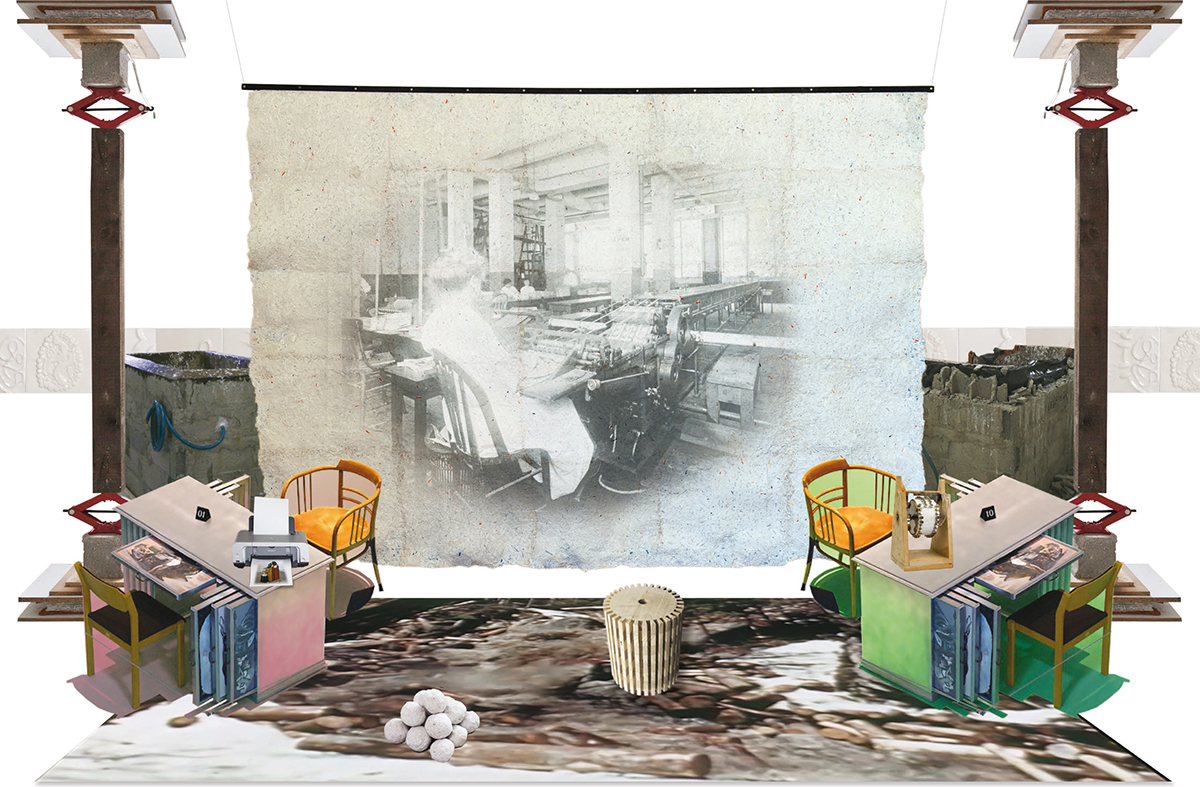 Born in 1984. Lives and works between Bordeaux and Geneva. A graduate of the École des Beaux Arts de Bordeaux.

Sabrina Soyer uses writing, photography, three-dimensional space and video to create hybrid installations combining literary characters and stories from real people. Texts, essays or novels are often a starting point in her work for provoking forms that question the displacement between discourses and periods in history.

The objects that make up her installations emanate from a world that appeals to commodity culture, legitimate legacies or unconscious burdens – she uses a repertoire of effects stemming as much from personal narratives as from more abstract histories and traditions. Between collection, decorative gesture and acts of construction, Sabrina’s approach consists of confronting, combining and juxtaposing objects and images, playing on the combination and accumulation of the codes that they convey. The environments that she proposes are conceived as adaptations of a world and an exhibition space. They lie at the crossroads of historic reconstitution and theatrical sets, thus inviting spectators to enter the worlds that she choses to share with them.