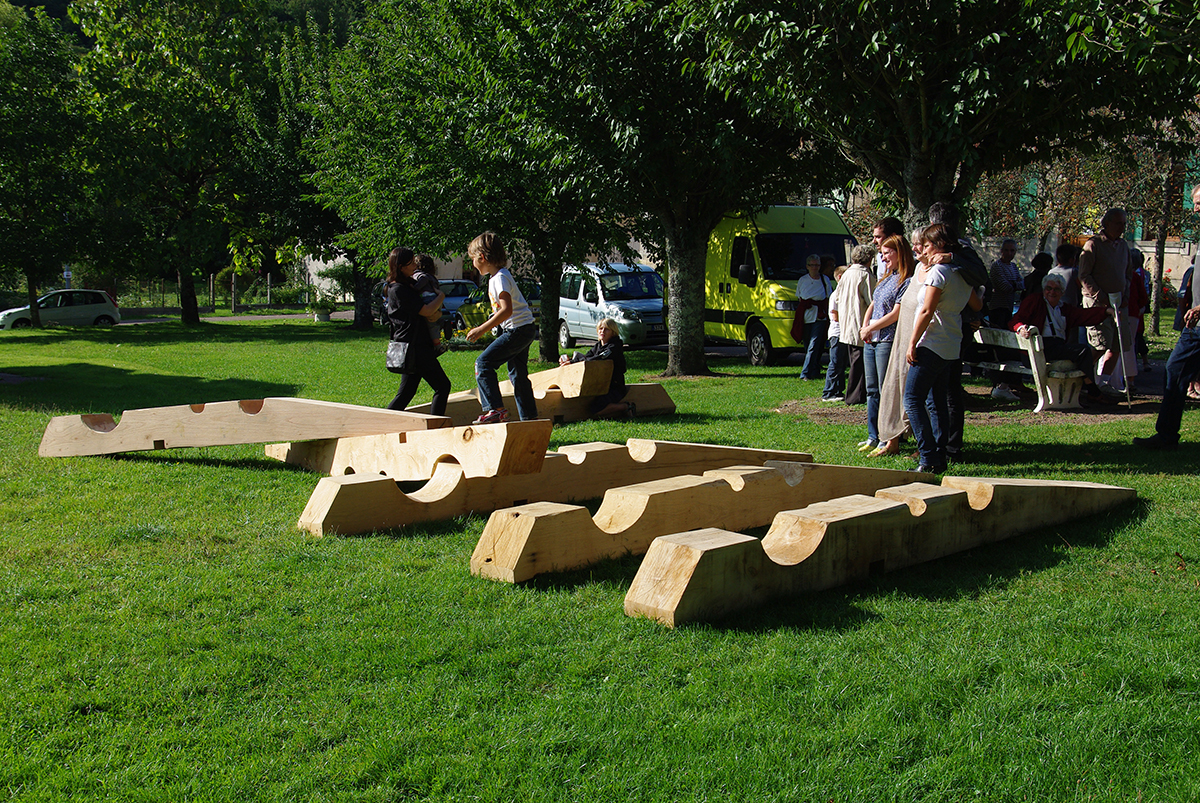 In a conversation with friends, we focused on the teaching materials offered in art centers or other institutions. Diverting materials in play on words (“la peinture sur soi,” “la patte à modeler”, etc..), We made fun of children under five years and practices “mako-molding” of Wednesday afternoon. However, we found that a phenomenon stigmatized in the same way the artists of contemporary art, including the famous formula straight after dissatisfied adults facing contemporary works: “Anyone can do the same!. .. My 5 year old son does the same thing! “. Suddenly caught in the grip of guilt and injustice, I decided to erect a monument to the glory of childhood because finally, for most people, artists and children seem to have the same mental age … Historically, we do not know the inventor of the clothespin. According to Pierre Dac and Francis Blanche, he would be called Jeremiah Victor Opdebec. The system of the clothespin “classic” was invented in 1953 by DM Smith, and the plastic clamp was developed by Mario Maccaferri in 1944. That said, this is not the clothespin relating to the work of the housewife is driving this project, but the half clothespin. This monument is directly inspired by the trivet in half clothespin, exercise that many children realized during educational workshops. The Transformation of an object “dismantled” is a first aspect of this project. The halves clamp are ornamental, they are no longer in use as clothespins although they still use: when stuck, many forms may arise assemblies, and elsewhere ” useful objects “as the trivet. On the other hand, if we expand this small object (30cm x 30cm x 365cm), its function disappears in favor of a decorative fundamentally abstract, but not without objectively useless references. These half-sculptures remind us of African totems as to forms of Minimal Art. They engage us to criticize in a frontal way the abstract sculpture whose origins are mostly purely formal and unfounded religious, historical, or in my case, pedagogical home. I also like the idea that the obsolete object becomes half a sculpture, in order to point out that I am not able to produce a whole sculpture, but also to offer something new, it seems that none until today has realized an half monumental sculpture! Finally, I hope we will take this half clothespin the height of a monument for children under 5 years – as a tribute to the greatness of the unconscious.