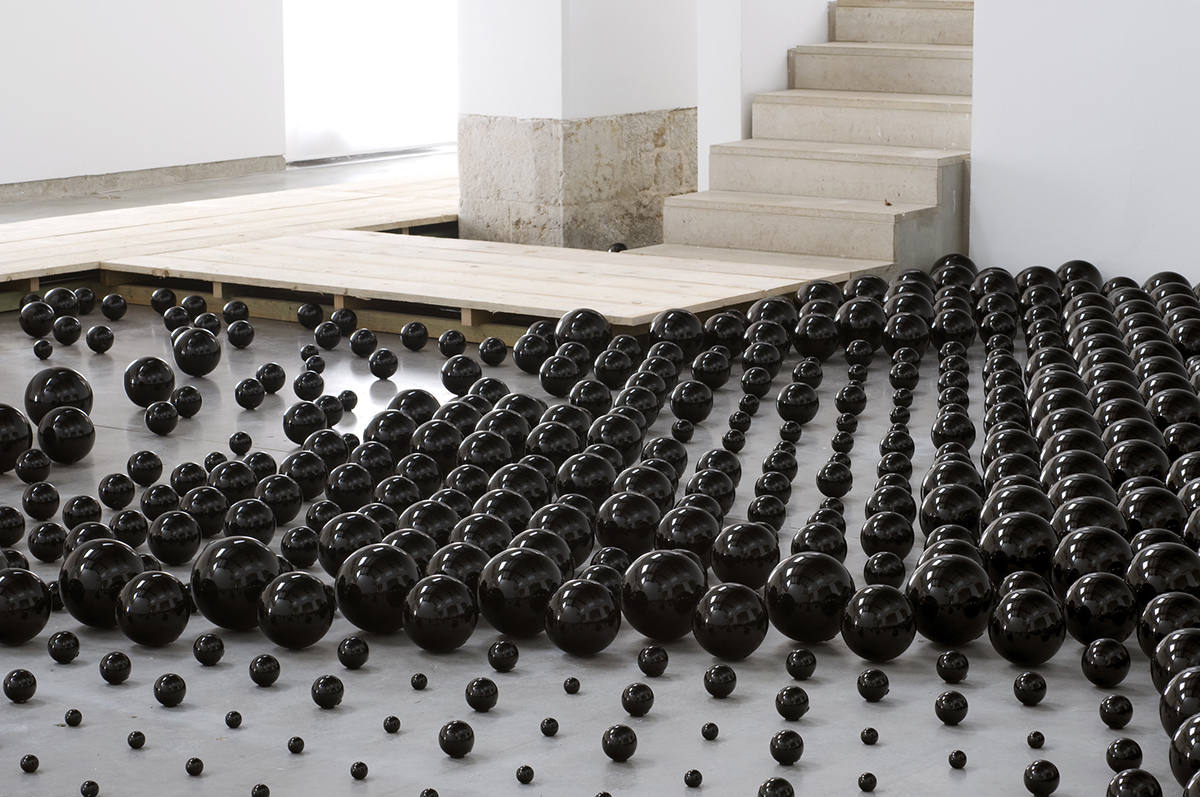 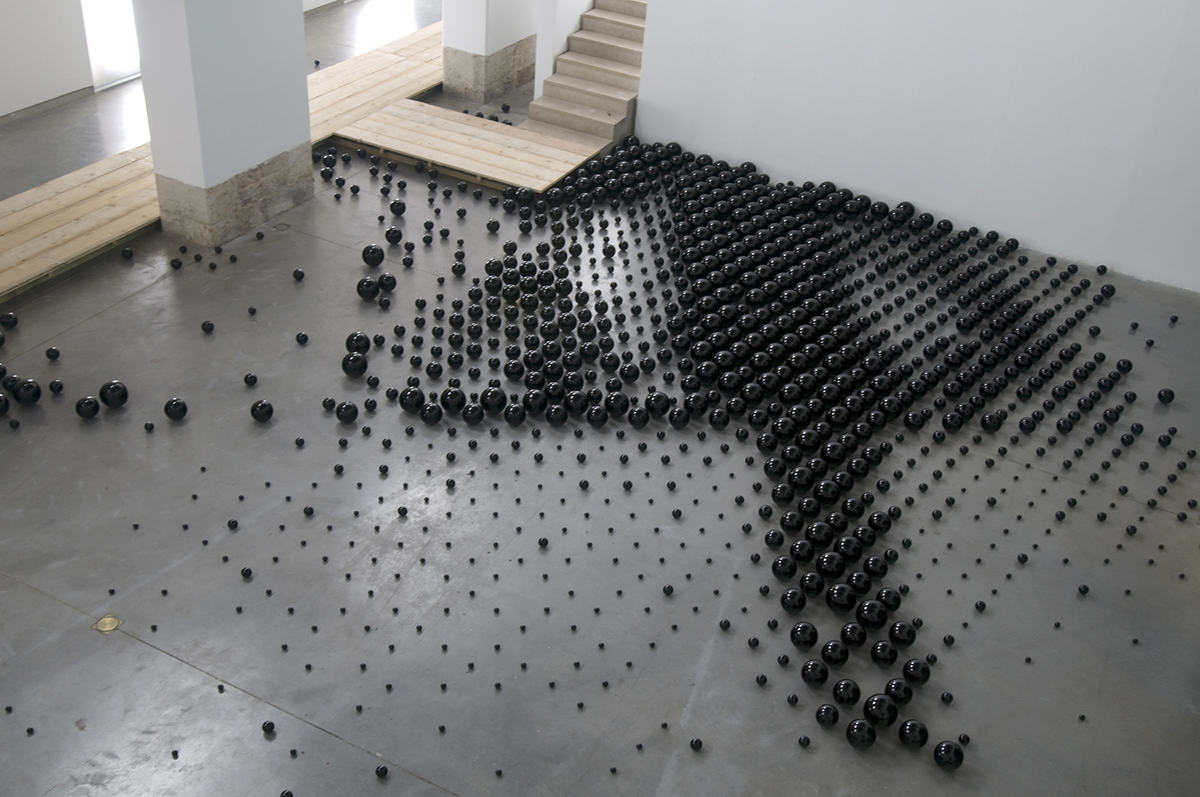 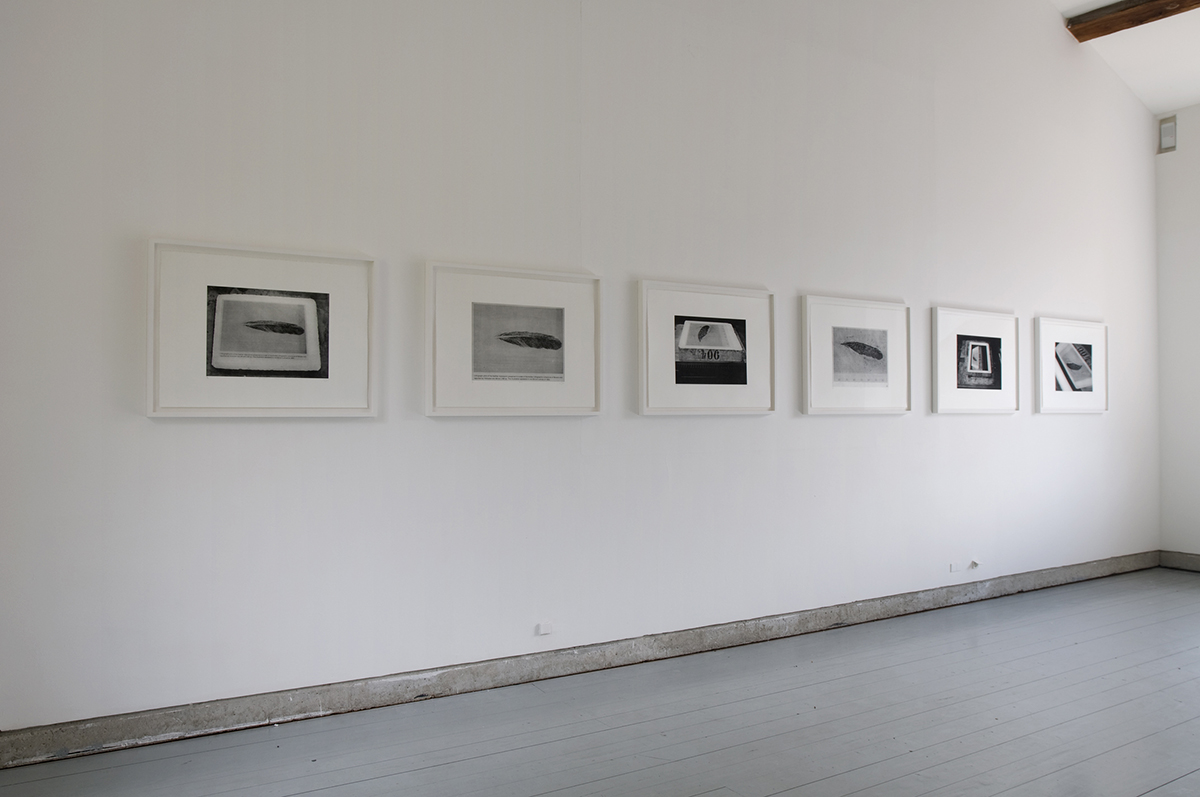 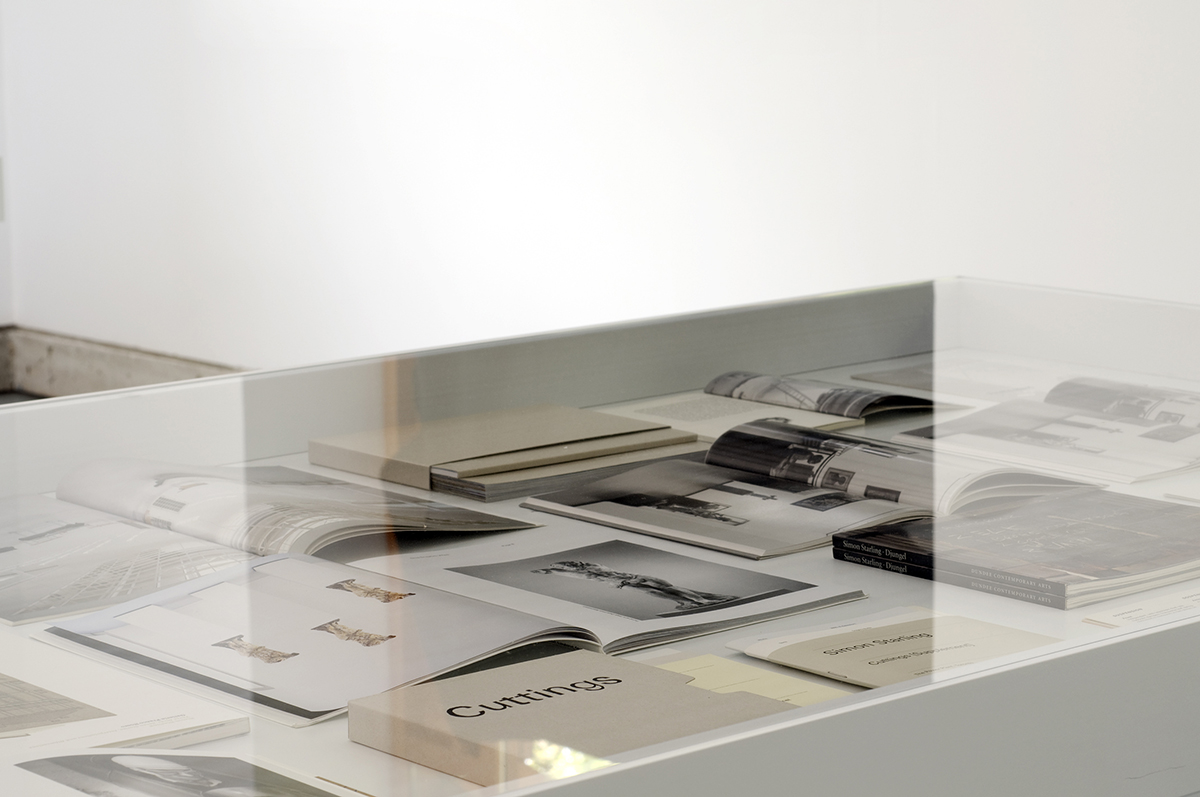 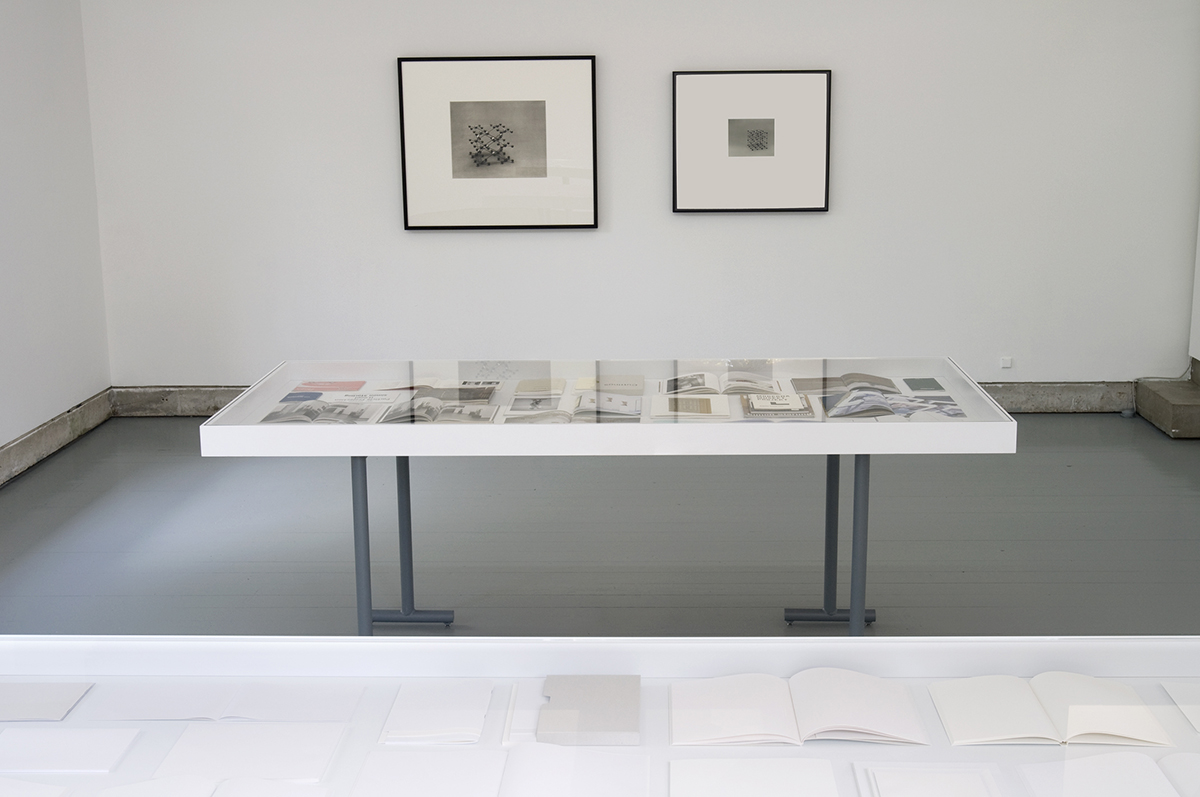 Simon Starling’s exhibition at the Parc Saint Léger is based on three new productions that are all closely connected to printing techniques and beyond, to the question of the image and its reproducibility. Through complex and fertile connections that the artist establishes between these three works, a relationship with differentiated spaces, times and stories is woven and combined, projecting the spectator into a mental meandering in which a fossil dating from the Jurassic era
rubs shoulders with modern-day printing techniques and a 19th century photography becomes materialised as a composite volume.

The first installation that we discover in the space, La Source (Demi-Teinte), 2009, is a coproduction between the Parc Saint Léger and the CIAV, Centre International d’Art Verrier de Meisenthal in Alsace. The starting point for the work is a photo that was found representing the inside of the exhibition hall of the art centre and dating from the 19th century. At that time, the art centre was still a factory for bottling mineral water that was produced on site. The photograph shows hundreds of bottles on the ground, perfectly aligned and waiting to be filled. We can also make out factory workers, pulling carts of empty bottles or simply sitting on the floor and screwing on bottle tops.
This photograph has been enlarged, screened and printed on silk-screen, and is visible from the outside of the art centre. A fragment of the picture has been cut out, forming a circle that reveals both the wall and the architecture of the building. By penetrating within the space, the visitor walks through a circular wooden passageway, similar to the kind found on construction sites. In the central area, thousands of balls in black glass of varying diameters are placed directly on the floor, forming a mysterious and apparently haphazard constellation. The black balls, in a deep but shiny black, reflect the architecture of the site that has been stripped bare, and they create a multitude of twisted images of the surrounding space. While the seeming chaos of the balls contrasts vividly with the rigid order of the bottles in the photograph, it is nonetheless easy to recognise in this place the replica, a century later, of the photograph on the outside of the building. By continuing along the wooden passageway, visitors climb up to a mezzanine, where, in a movement from abstraction to figuration, they discover that the black balls form the fragment of the image that was missing from the photograph at the entrance.

The second work present in the exhibition is a series of 6 lithographs entitled Archaeopteryx Lithographica. This series draws its name from one of the most important discoveries of a fossil (in this case, the fossil of a feather) that constituted a watershed in the history of the sciences in the 19th century. Through one of the effects of mise en abyme that Starling does so well, this work tells us how the evolution of printing techniques and the invention of lithography was to directly impact our understanding of nature, in particular by validating Darwin’s theory of evolution. Brief summary of the facts: lithography was invented in 1796 by Aloys Senefelder, an Austrian dramatist living in Germany, who experimented with a new engraving technique by using a greasy ink on a block of limestone in the small German village of Solnhofen. The fossil of the feather was discovered in 1861 by Hermann Von Meyer, also encased in a block of limestone in Solnhofen, and came from an “unvogel”, a primitive bird, a distant cousin of the dinosaurs. This bird was later named “Archaeopteryx Lithographica” in reference to the block of limestone from the Jurassic, the same that was extracted at Solnhofen to produce the first lithography plates, making this fossil the first lithography ever produced, 150 million years before Senefelder’s discovery. When Von Meyer published his discoveries in 1861, a lithograph of the fossil illustrated the text. The series of lithographs presented for the exhibition reveals several stages in this two-pronged process of discovery, that of lithography and that of the fossil, like a set of Russian dolls, resulting in the presentation of an image of an image of an image.

The last installation of the exhibition is entitled Maquettes en Blanc (Monographies 1995-2009). These white drafts, well known to specialists from the publishing world, are the blank drafts that the graphic designer transmits to the printer prior to printing and that reproduce a dummy outline of the future object. Publications have always been central to Simon Starling’s practice – more than simply an add-on to the work; they represent an integral part of it. His work hinges on the question of performance, process and documentation. Starling’s catalogues must therefore be seen as having the same status and even importance as his installations, photos, sculptures or films. More often than not, these publications shed light on and provide documentation for the creative process, the research undertaken and the complex network of diverse connections and sources that precede the work’s existence. In certain cases, (24hr Tangenziale, 2006 / Three Birds, Seven Stories, Interpolations and Bifurcations, 2008), the exhibition even becomes the site of the process of fabrication of the editorial object.