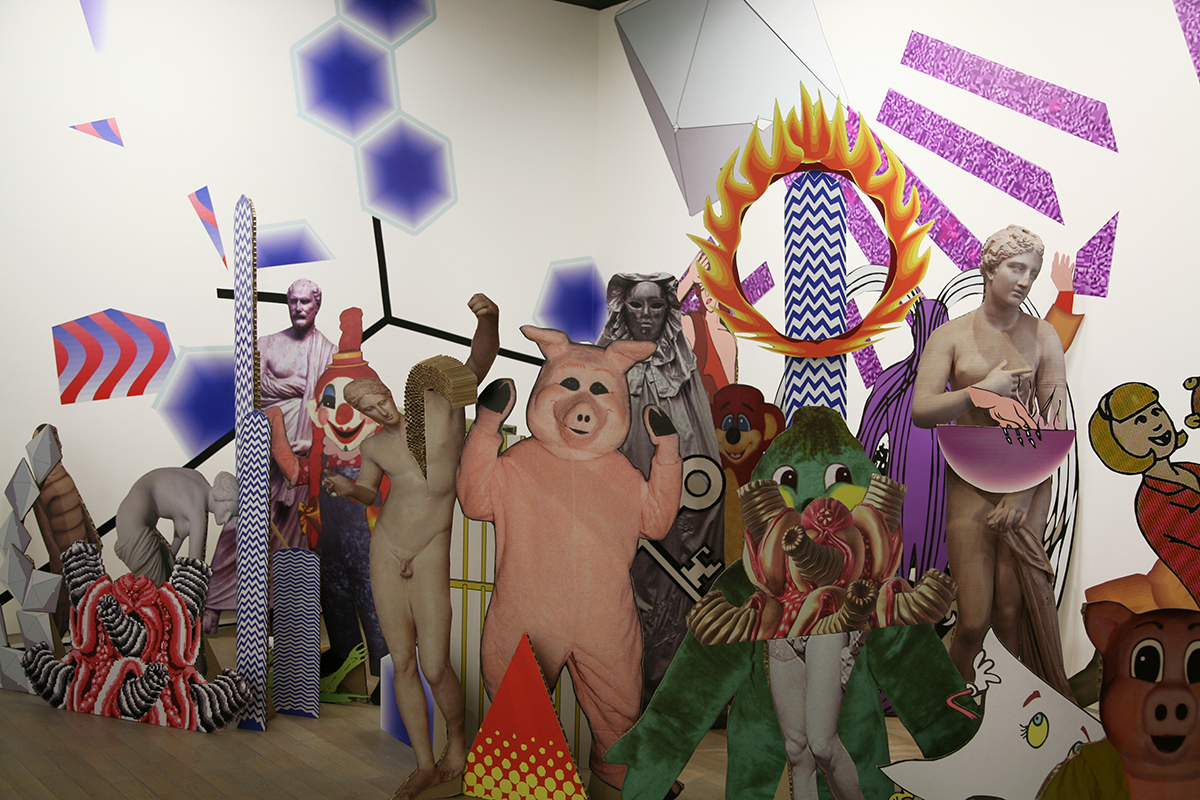 from October to December 2011

Ball, wall, wolf, monster, sausages: these are just some of the entries that make up Soraya Rhofir’s catalogue of pictorial archives, which inspired the production of this mural composition. Taken from images from software such as Power Point or supermarket iconography, with its series of commercial mascots, logos, packaging decoration, a world in which the personified object and the objectified character go hand and hand, these images fuel her daily activity of archiving and classification.
Her iconographic world may appear to be saturated and absurd, but it is in fact the result of a precise selection in which each element, once isolated and cut out, becomes the messenger of a coded language. This popular, banal, invisible imagery, once dissociated from its site of natural over-production, passes to the rank of signs and symbols in Soraya Rhofir’s 2-D compositions. They are then subjected to various arrangements and manipulations, enlargements, superpositions and collages, using tape and tacks (as for any display in a teenage bedroom) and sketch out incredible imaginary architecture, beyond good and bad taste, with nothing to bring these aesthetic meanderings back within some sort of acceptable limit. By appropriating a visual culture that some would call poor and unequivocal, Soraya Rhofir’s imagination adds a very different dimension to her personal iconographic bank. She shows this in mural compositions with a geometry that seems to obey an inevitable and mysterious formal order, but one that sets us along the path of cryptic narratives that constantly waiver between the figurative and the abstract.