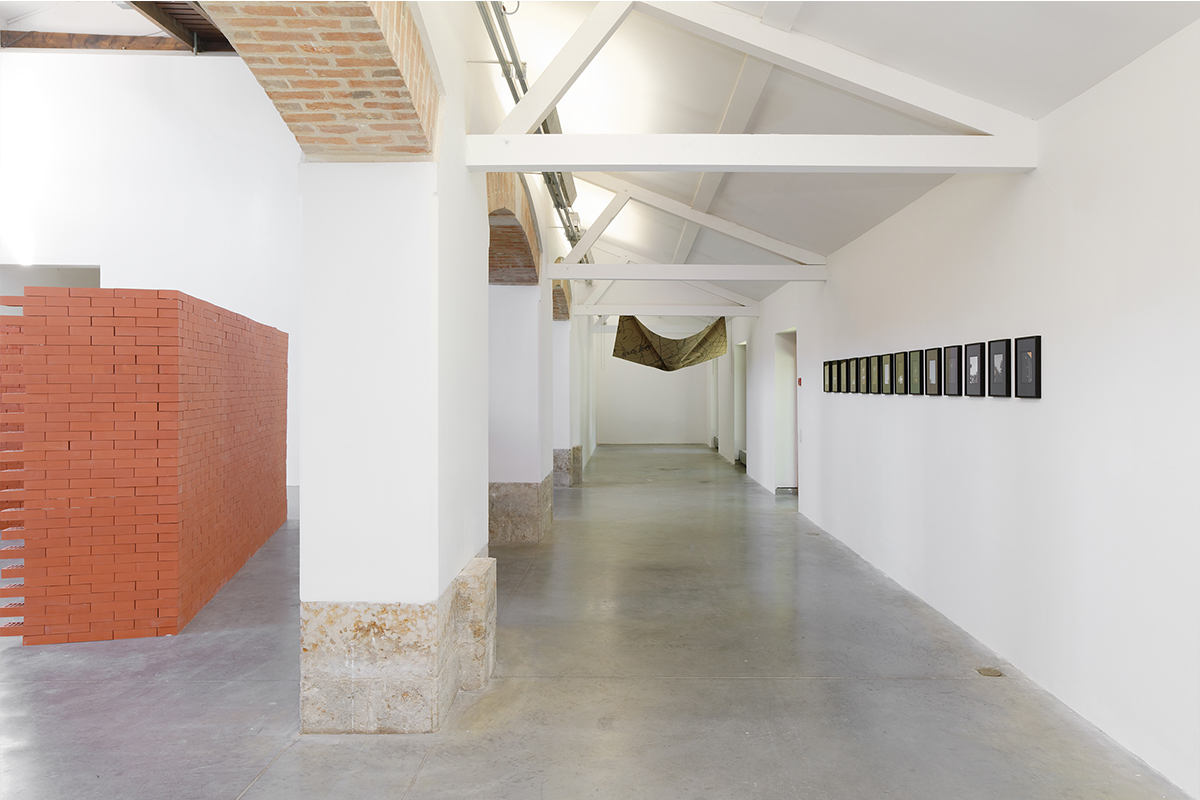 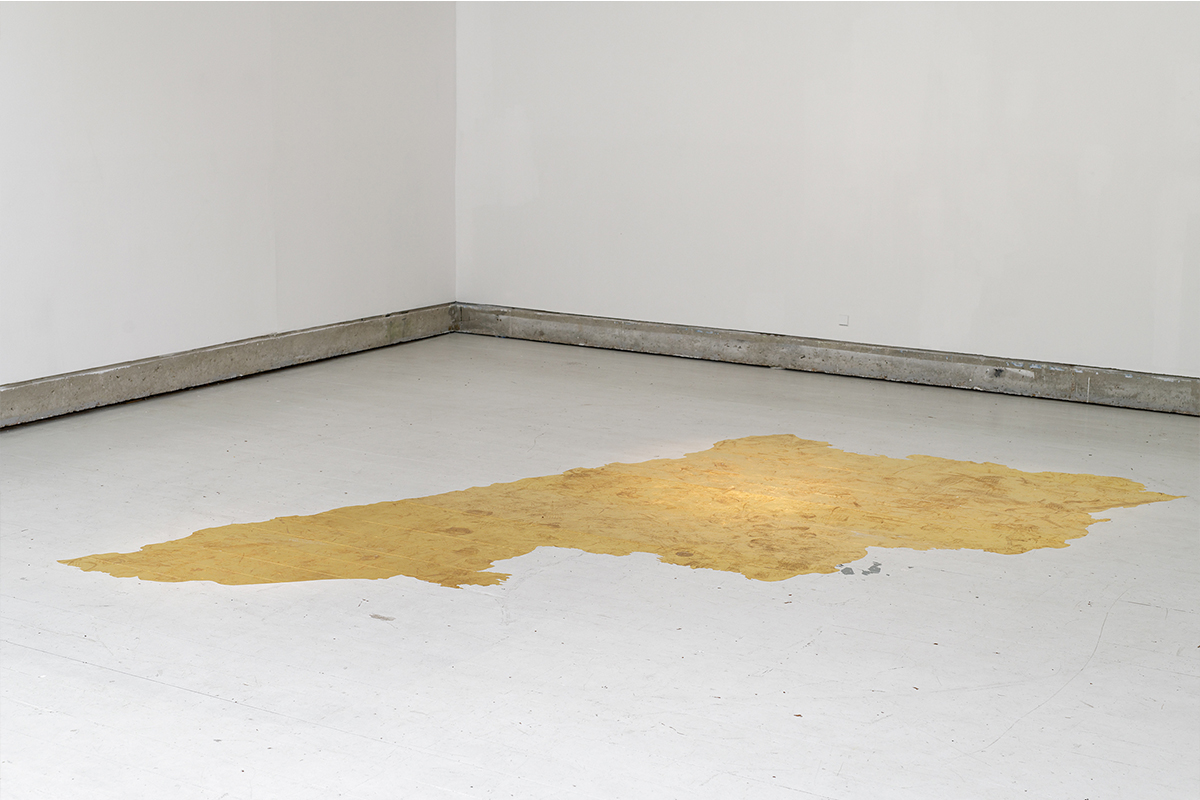 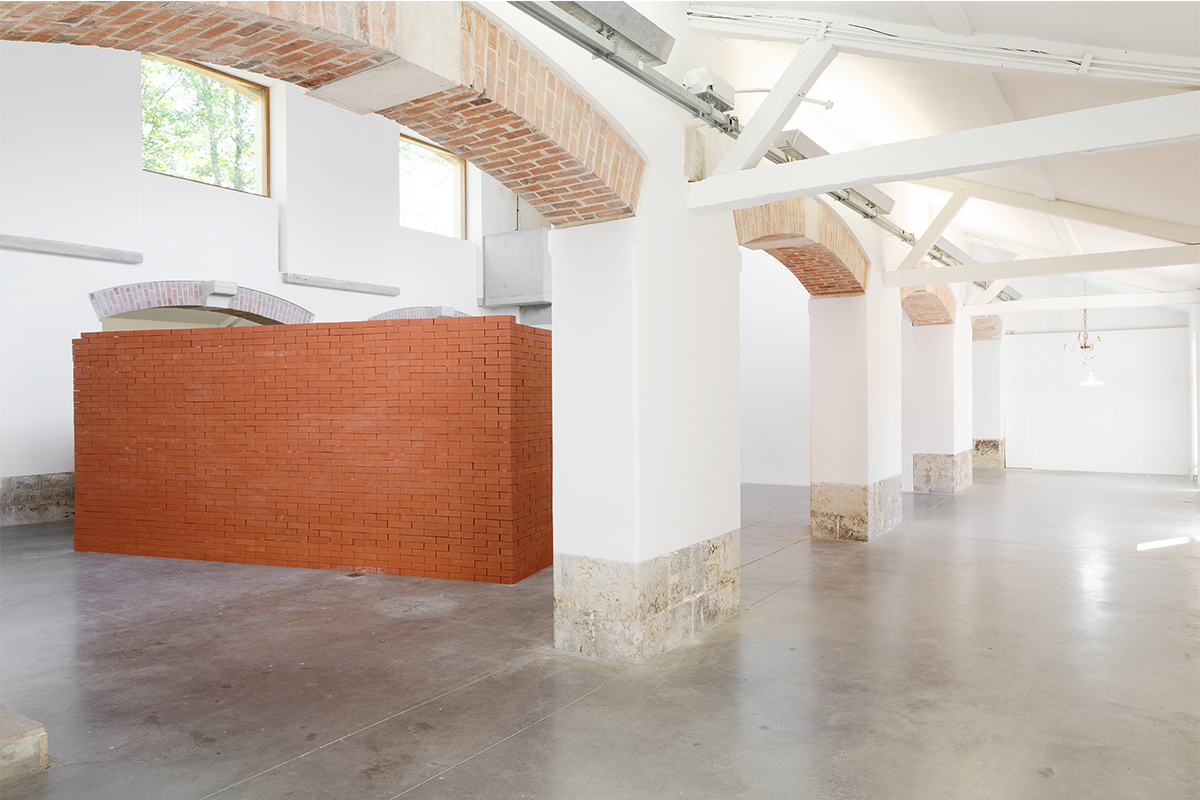 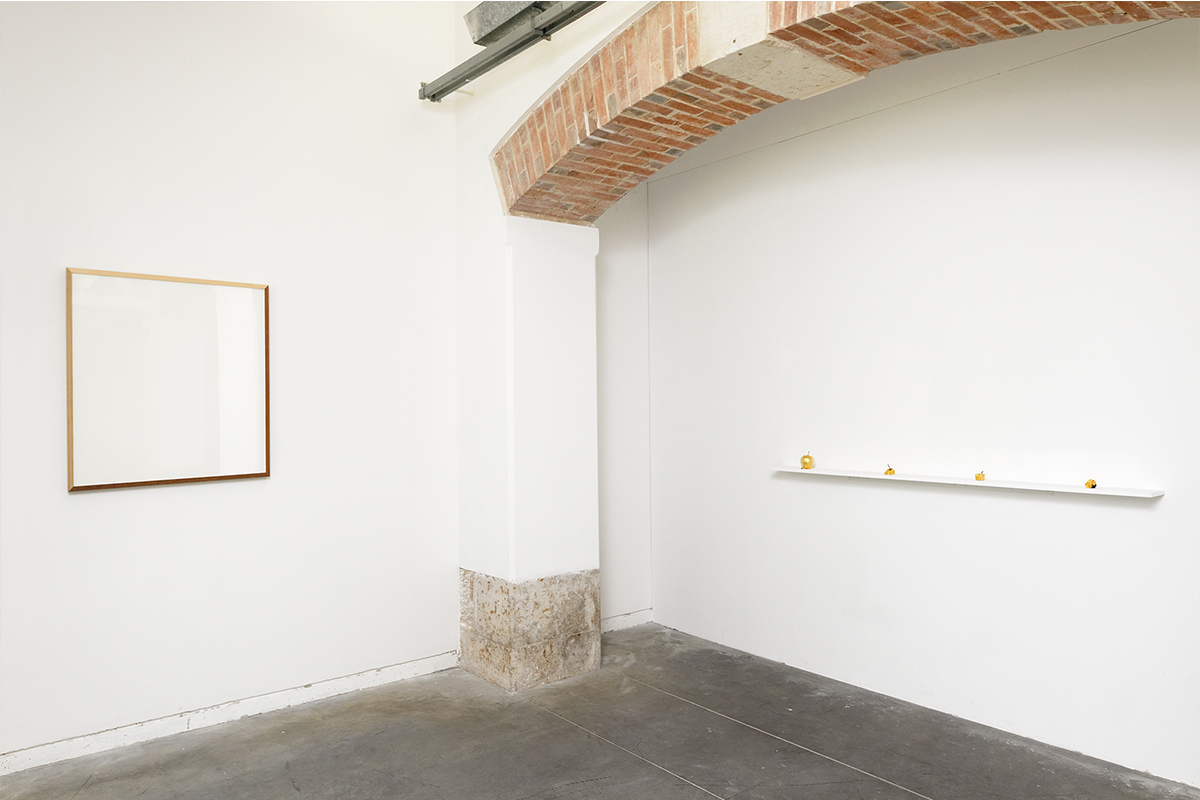 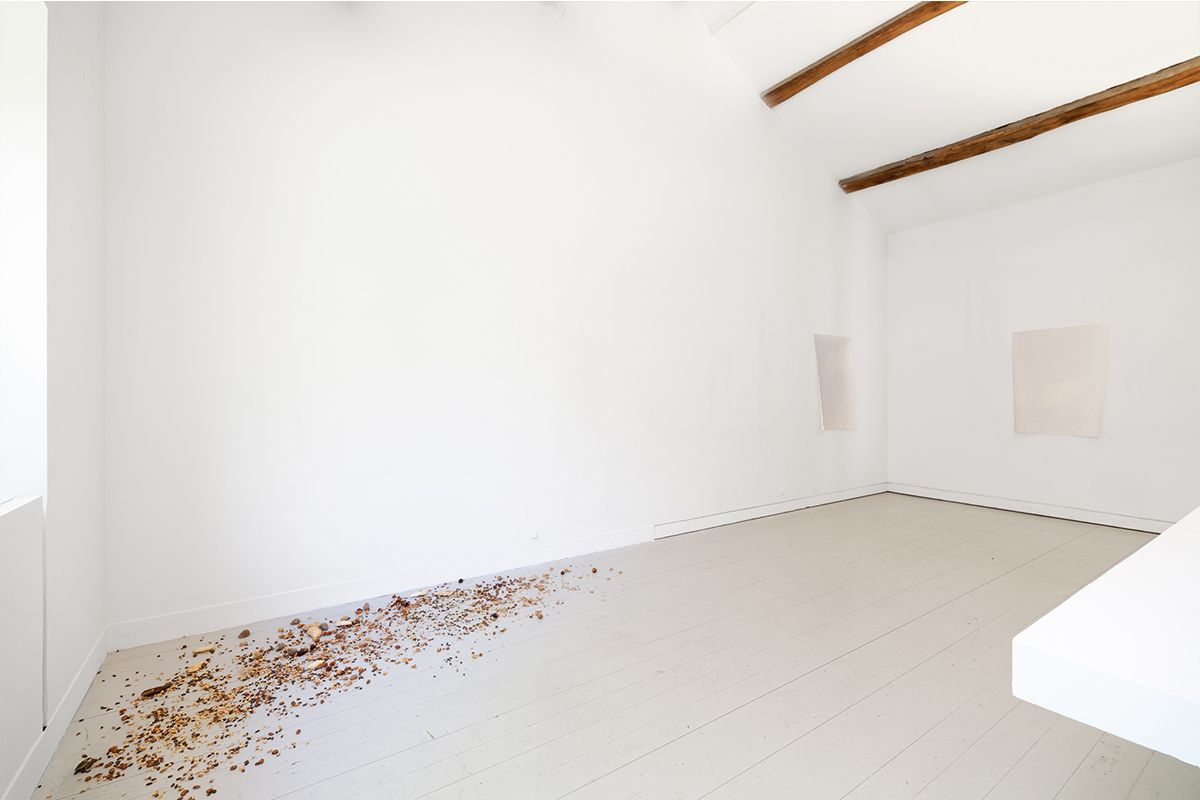 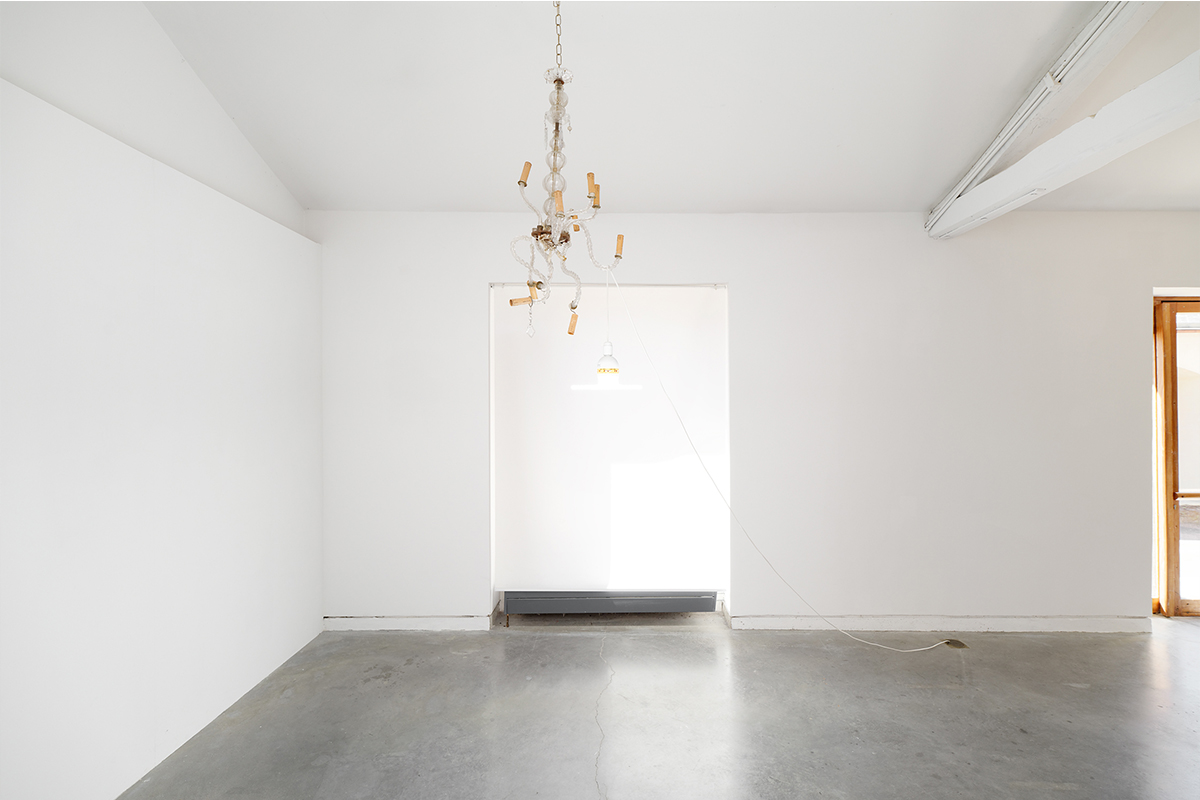 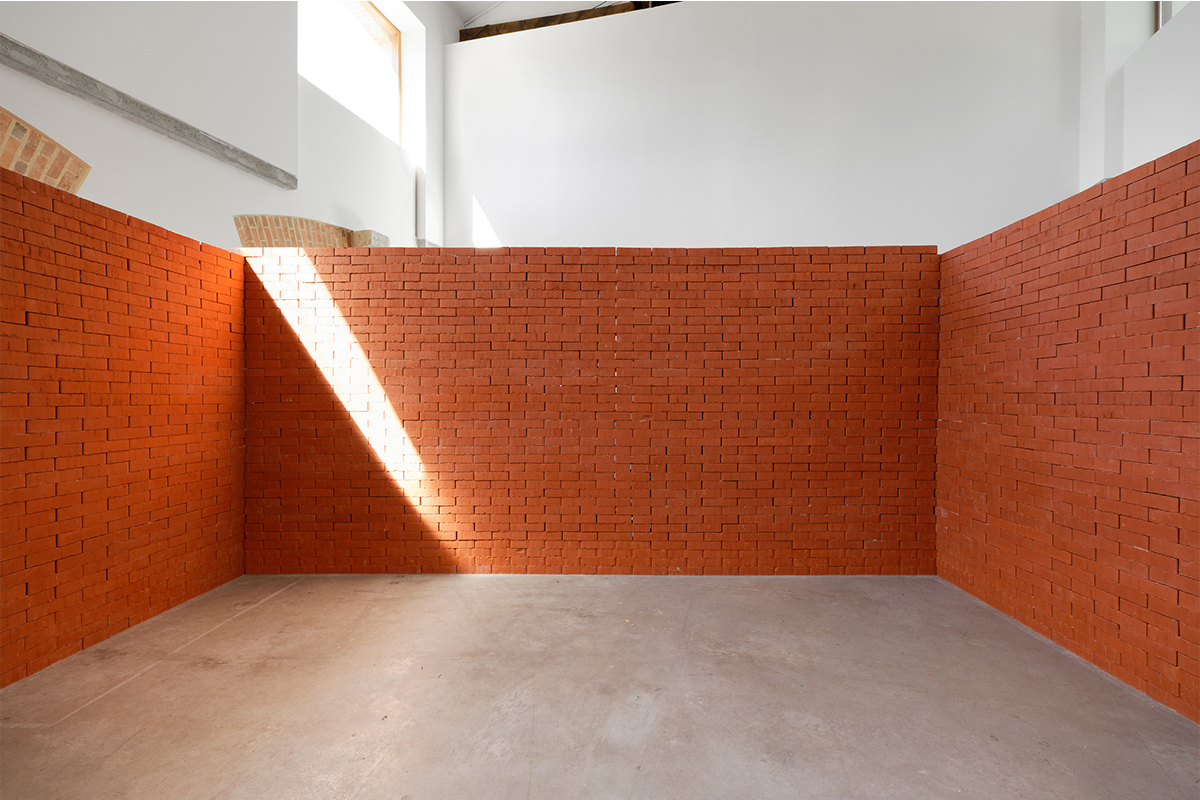 Like an echo of Stéphanie Saadé’s practice, this quotation from Montaigne accompanies the selection of works that was made for her solo show “Traversée des États” (Crossing States). The show highlights the index-like character of her work, the constancy of the process, and the measure of how space-time evolves. Her body of work proceeds essentially by transposition, displacement, and metaphor to explore the connections between the private and the universal. A bit like a land surveyor, the artist measures her favorite journeys, the time that exists between autobiographical events and history, or the impossible meeting of the past and the present. From this poetics of intimacy, she not only recreates her personal history and the history of Lebanon, but also plays on temporal and geographic mismatches in order to spark a feeling of estrangement before her personal environment.

Saadé’s works are hints or traces that point up the heuristic effect of distance. The artist thus puts the viewer in the situation of the archeologist, viewing the pieces like riddles that she or he cannot identify directly. She regularly uses this distancing process to question what is seen and what is known, and thus to underscore the idea of impermanence and incompletion. This pulling back, however, isn’t expressed in a subjective way since she integrates in her work measuring tools that are perfectly objective. With her piece entitled Elastic Distance (2017), the artist shows us in real time the physical distance that separates her from the exhibition venue using a cellphone and a geolocation app. At the same time this distance is transformed into a constant link with the current show. The installation called Building A Home With Time (2016-2018) reproduces the dimensions of Saadé’s room as a child, using 2832 bricks, the quantity here corresponding to the number of days the artist spent living through the Lebanese Civil War. By being shifted elsewhere, this concrete space becomes a metaphor of the protected and privileged space that is the time of childhood. Akin to an oxymoron, this process could be understood as a way humans have of mastering their fate. But this practice is also found in a form of bricolage and in particular in the series of works to which she has given the collective title Re-Enactment. These assemblages akin to assisted readymades are composed from materials the artist has withdrawn from day-to-day reality to underscore a poetry of disuse. They seem to work against the oblivion surrounding these ordinary objects but above all the oblivion of the situations in which they were initially found. Once again, through an act of transposing, the artist invites us to reevaluate our point of view and go beyond appearances to aim for a deeper understanding of reality.

Geographic displacement plays an important role in Saadé’s work; it may even be its foundation. With Nostalgic Geography (2013), the artist brings together foreign trajectories and temporalities side by side in one and the same space. She has inlaid a detail of a map of Lebanon with a metal line that reproduces the route she often took through the streets of Paris during her studies. For A Map of Good Memories (2015), she gathers twenty of her favorite routes to form a kind of sentimental territory that viewers may go over themselves. Realized in gold leaf, this autobiographical map becomes a reflective surface that enables other lives to be mirrored there while emphasizing the impossible meeting of the present and the past. As for gold, a material the artist frequently uses, it seems to function like an element of permanence that makes it possible to freeze fleeting states. Thus, with an economy of means, all of Stéphanie Saadé’s work invites us to explore notions of settlement and displacement.

As part of it, three workshops will be held:

Saturday 21 July, 4pm-6pm
Initiation to the art of engraving, about the notions of memory and History.

Saturday 25 Août, 4pm-6pm
Observations of spaces and environments in relation to the body measurement.