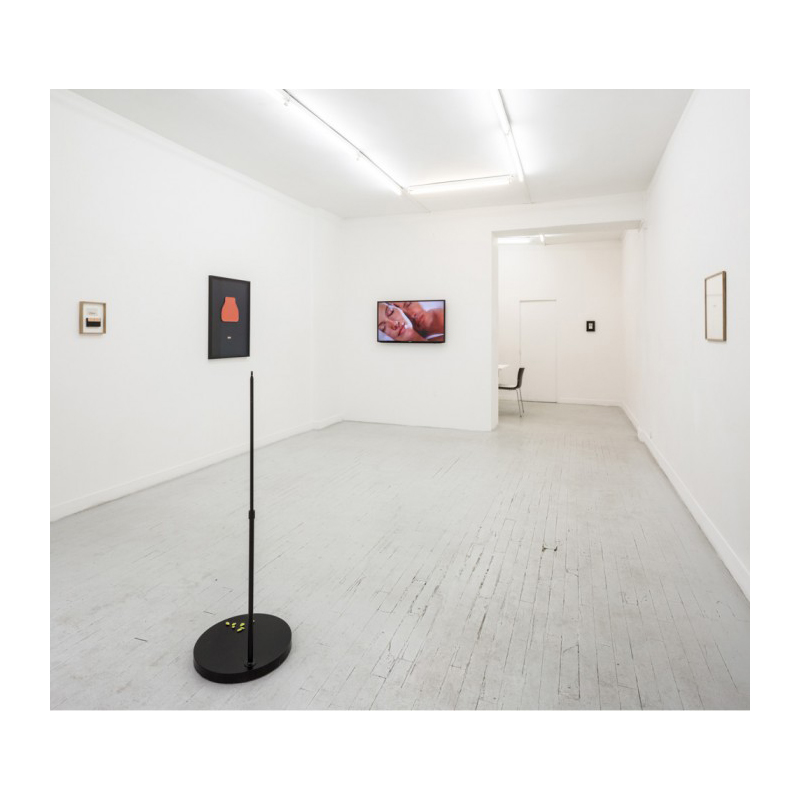 “Sun Cunming’s work seems to be divided between objects and videos… The former designer describes his art in these terms, ‘The appearance of signs in my work arrises like a conversation in a bar. That laconic moment when you are having a drink while eating little pinches of peanuts among the talkative patrons.’ It is an art to be taken cum grano salis, even with a whole salt shaker. There are things and moments in the world and Sun embraces the role of their placid entomologist. He is having a good time: ‘My approach is like a calm river.’ From an airplane trip he comes up with, for example, Economy Confort (2014), a KLM headrest with magnesium embossing that reads Sun Cunming 05 may 2014 and is exhibited behind glass. He humorously comments on the piece, ‘Souvenir of an experience traveling economically and comfortably, frozen forever.’ Obviously there is no permanence of things, but we can lend them an eternity, enlarge their meaning and throw that off balance through formal play. Such is Loto (2015), a shoe heel with a tooth pick stuck in it, which can be any number of things, a church portico, a talisman, a horseshoe, and so on. Being’s fate decided by a drawing of lots by fate itself. The apparent incongruity is perhaps a divine congruism. An educational audio cassette in Italian called Working in English is transformed into a pack of cigarettes with the addition of a self-adhesive label that reads Working Kills. Other objects become signifiers (a saw = an I) by shedding their functionality. There is nothing surrealist here since, as mentioned above, each of these objects is connected with a memory of the artist, a moment from his life which alludes to him indirectly.”