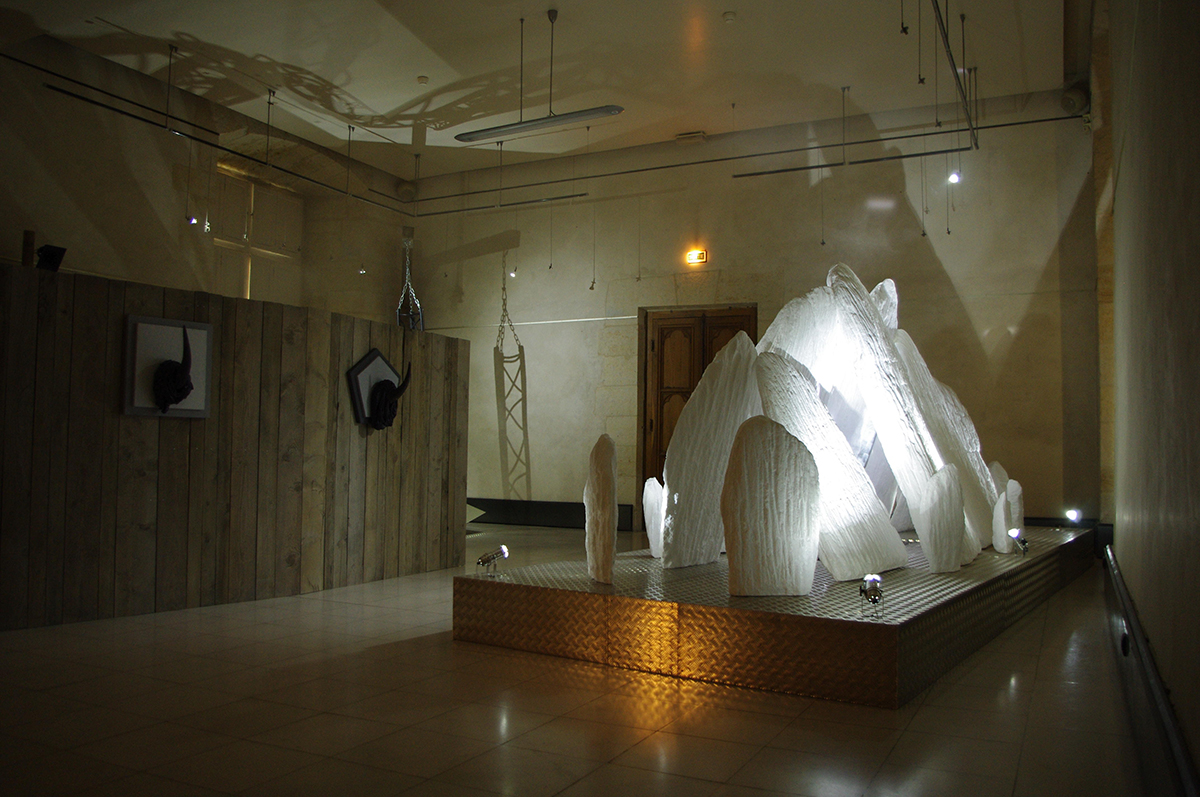 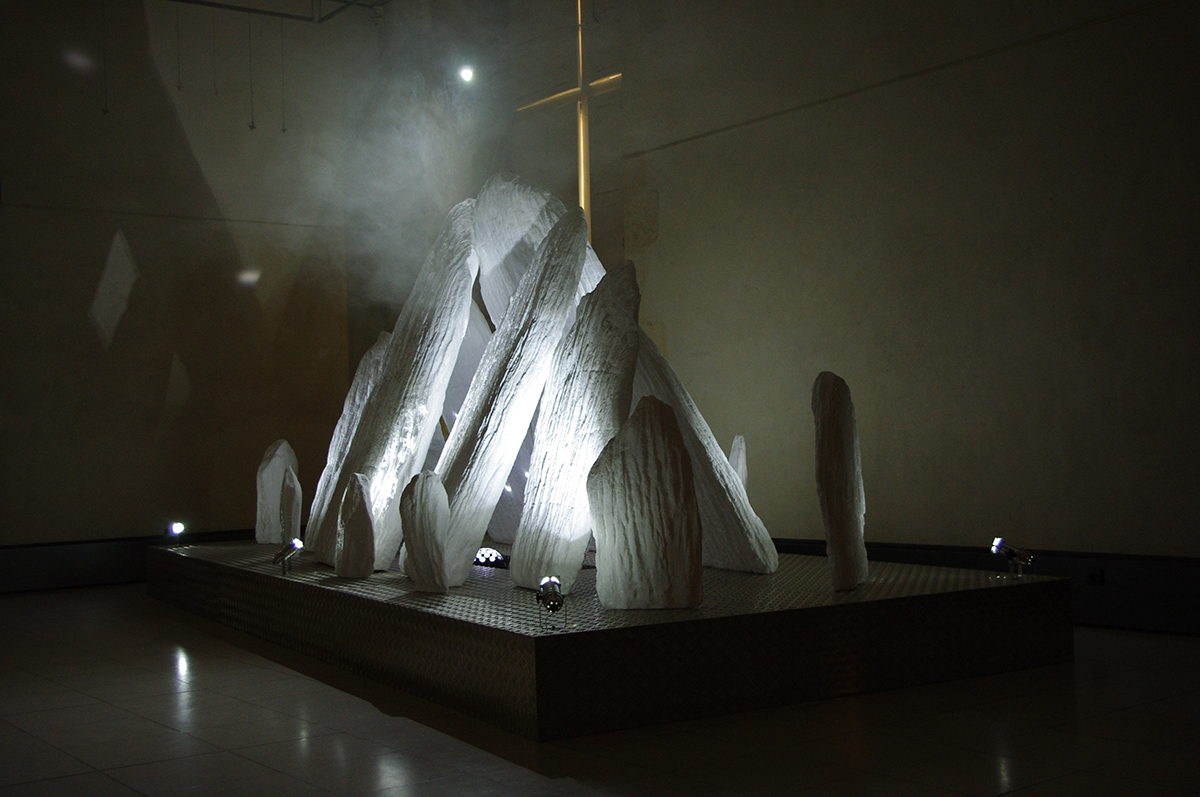 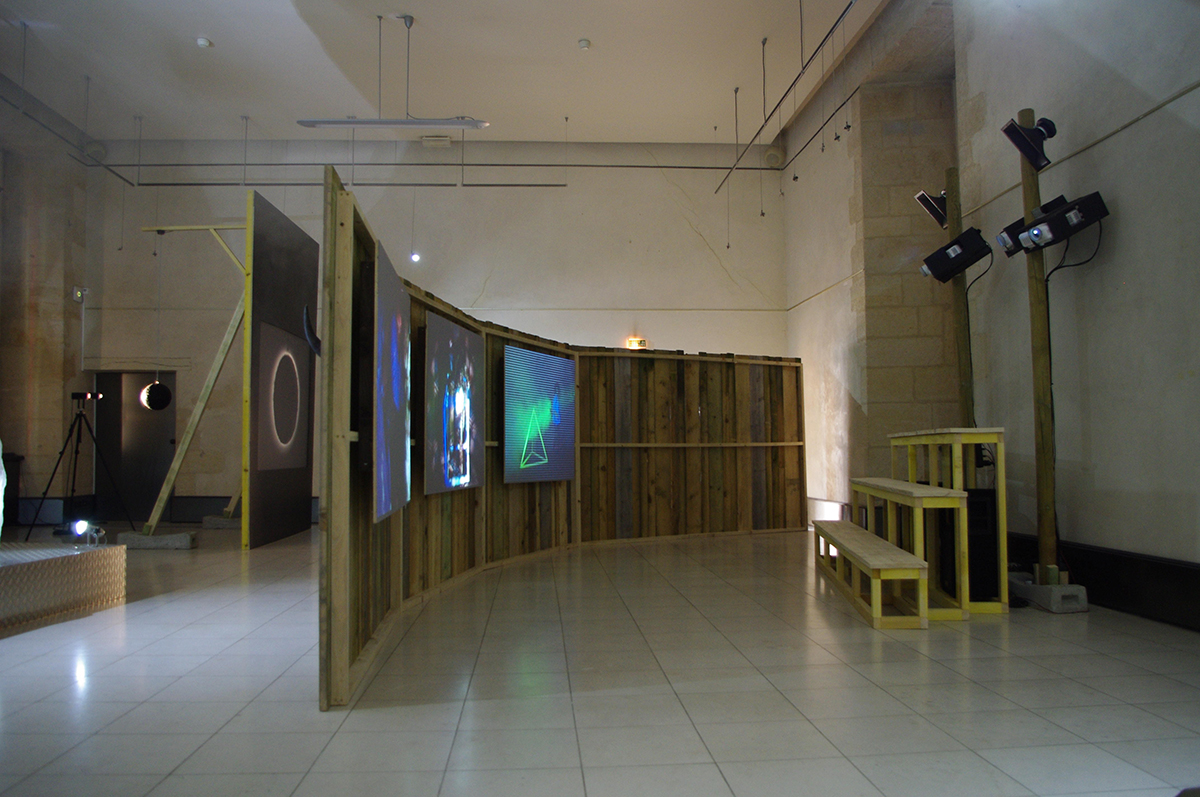 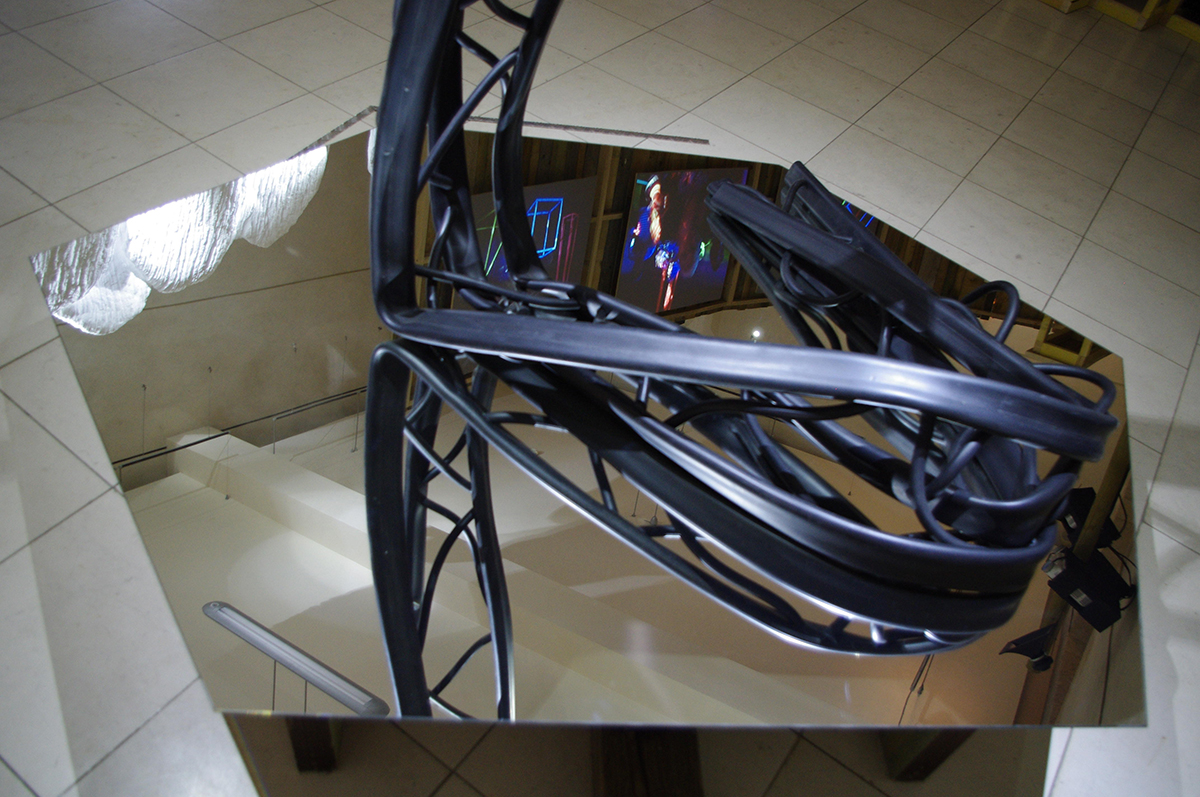 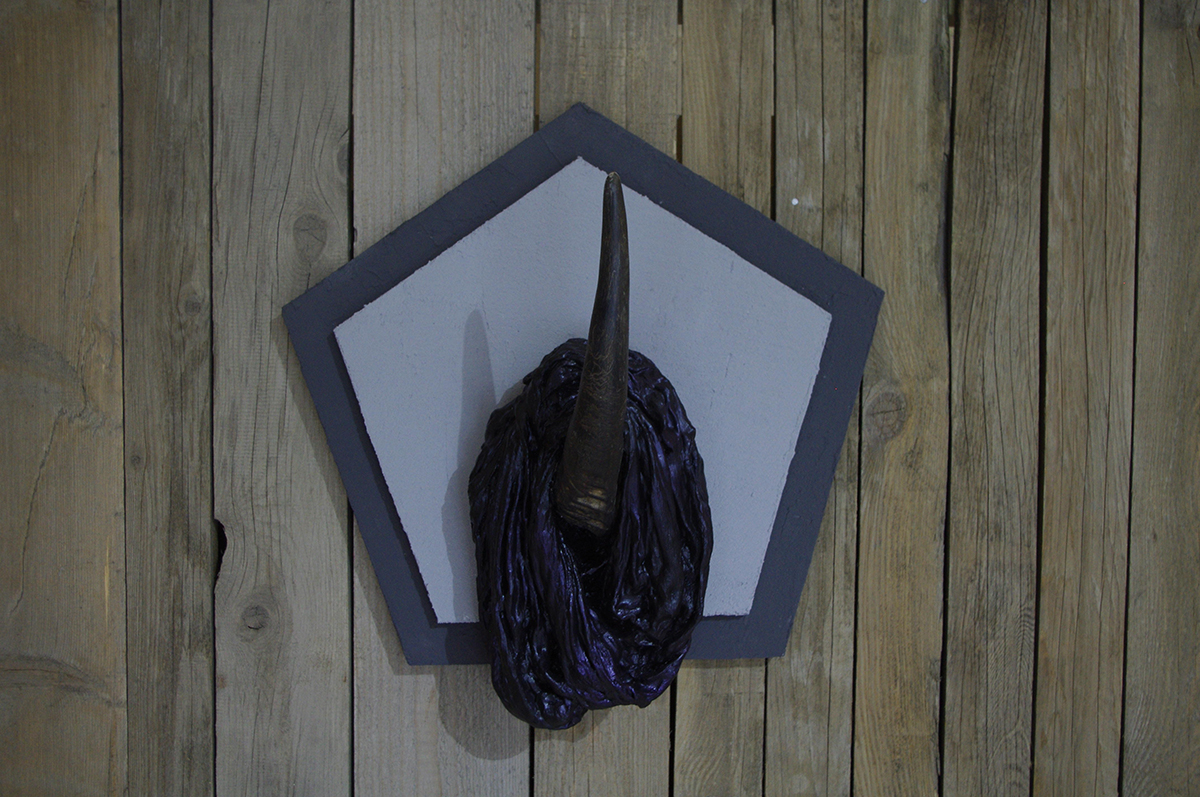 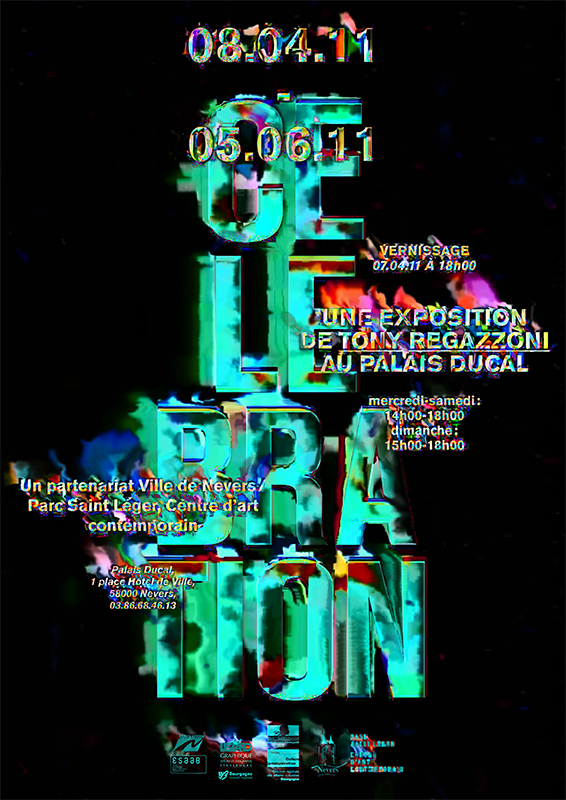 Celebration launches an unprecedented collaboration between the Parc Saint Léger Outdoor project- and the city of Nevers. So the artist Tony Regazzoni will invest  the “Fernand Chalandre” room of the Ducal Palace with an exhibition specifically thought this place.
“We gonna celebrate and have a good time
It’s time to come together
It’s up to you, what’s your pleasure “

“The forms of art have no other origin than the party * ‘says the writer and art historian Georges Bataille. The work of artist Tony Regazzoni reminds this maxim. It discusses the nocturnal rituals, present or past: the nightclub, the carnival, dances of the solstice or megalithic monuments.
In one of his first monographic exhibitions La Caverne, the artist threw into relief the way humans play with the truth, hiding behind sham, taking the shadow for the light, stones for magical elements, sculptures for fetishes.

At the Palais Ducal of Nevers, he immerses us in this world of party and in his contemporary representations. Party, this time of transgression where anything is possible and that is always part of the tradition with the celebration of a concrete event, whether political, religious or personal. This link was evident in ancient Greece with the Dionysian rites, where the excesses that both sexual and culinary and alcoholics were allowed. Made in honor of Dionysus, god of wine and theater, these festivities intimately bound to the art of drunkenness, trance etc.. Metaphors of this intimate and reciprocal anchorage, the works of Tony Regazzoni combine the symbols of pagan ceremonies (the eclipse, the dolmens …) images of substances present spectacular (systems and light patterns, music, etc.).

Communication of the exhibition “Celebration” was submitted to an invitation to apply from students from the College of Arts Appliqués in Nevers, Burgundy. A dozen of proposals were made by students and three of them were pre-selected:
Kevin Bray, Thomas & Pauline Bouville Escot

The jury has selected the student Kevin Bray for his proposal around the image processing in P-frame, picture deduced from the image that precedes it. This process corresponds to the way of working of Tony Regazzoni.
“In the video the temporal concept does not only exist in the succession of images themselves but in the way this is structured this succession of images.
The video is realized around three major structural referents: the I frame, the intra-image, withdrawn into his interiority; the P frame, the predicted image, deduced, projected the image which precedes it, made of movement information of the pixel, the difference temporal and spatial, of the succession of images, and the B frame, image bi-predicted, interpolated between the previous and next picture.
Kevin Bray loop P-frames, in between, the link, the fragile predictions of passage. It amplifies the kinetics, the tipping point in the heart the sequence of the book and of images … “
Thierry Chancogne

His proposal will be declined in large and small format posters and invitations to the exhibition.
Many thanks to Kevin and other students for their proposals and ESAAB for his collaboration.