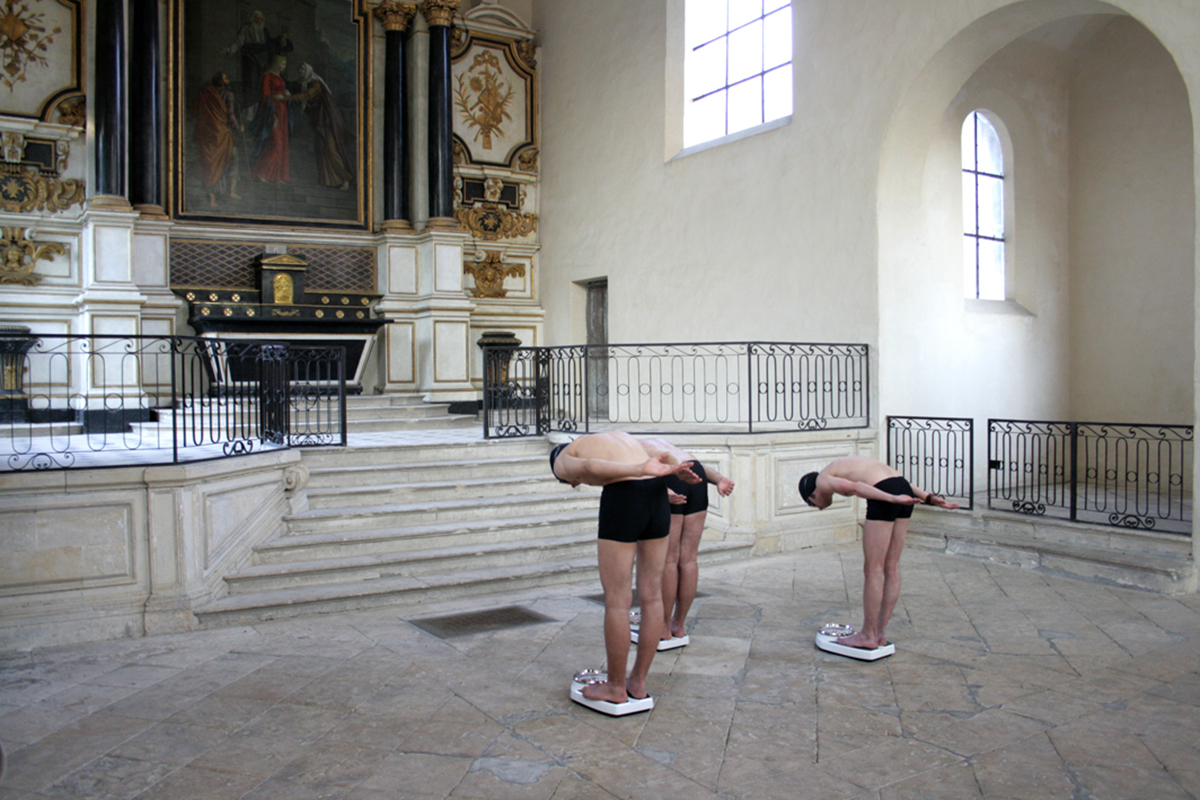 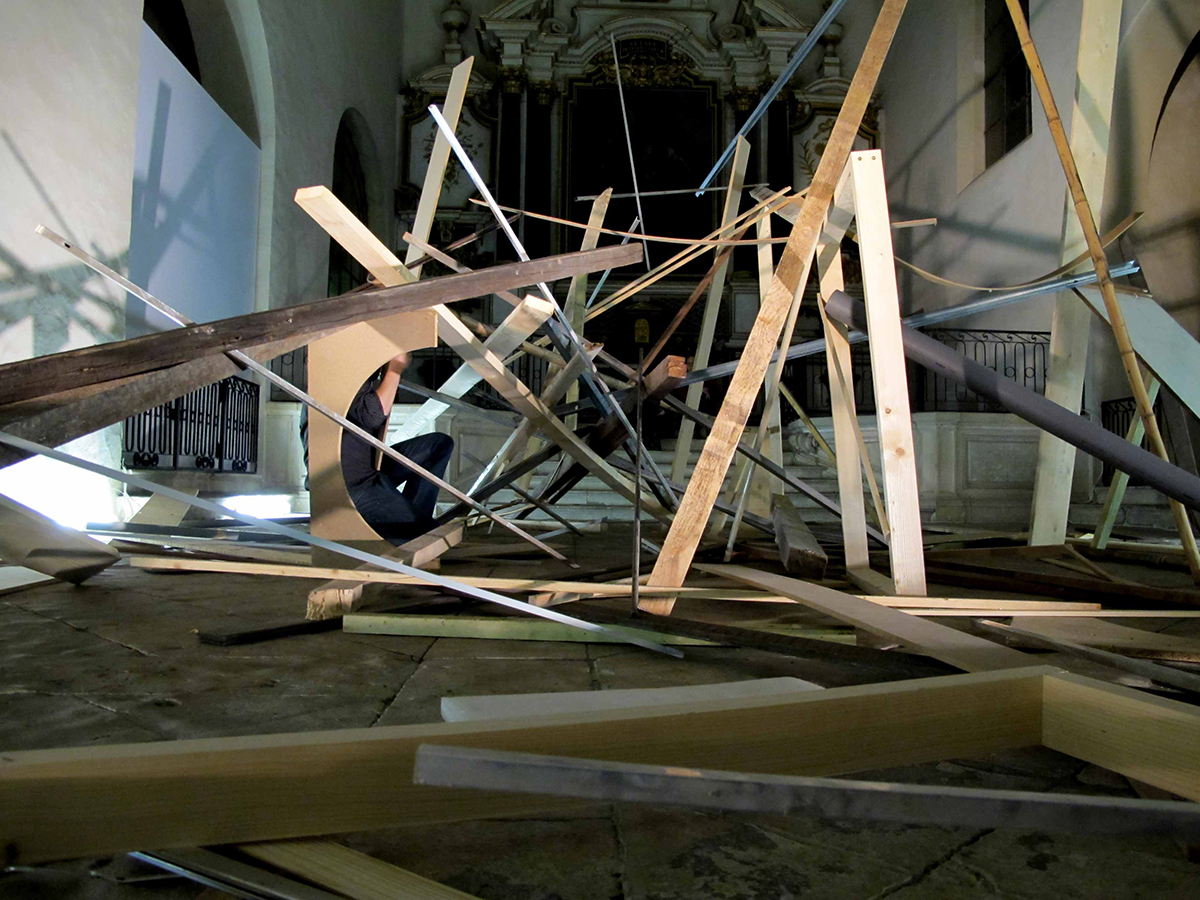 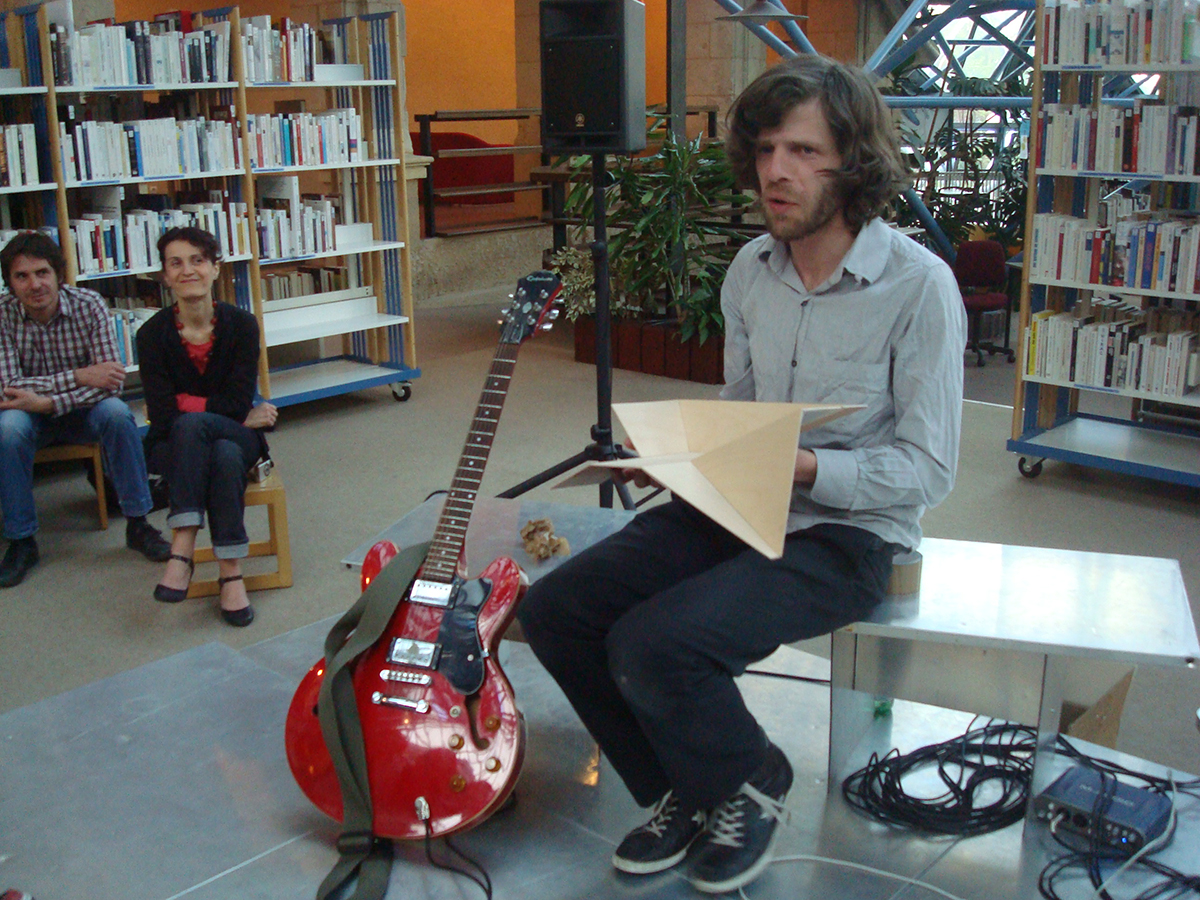 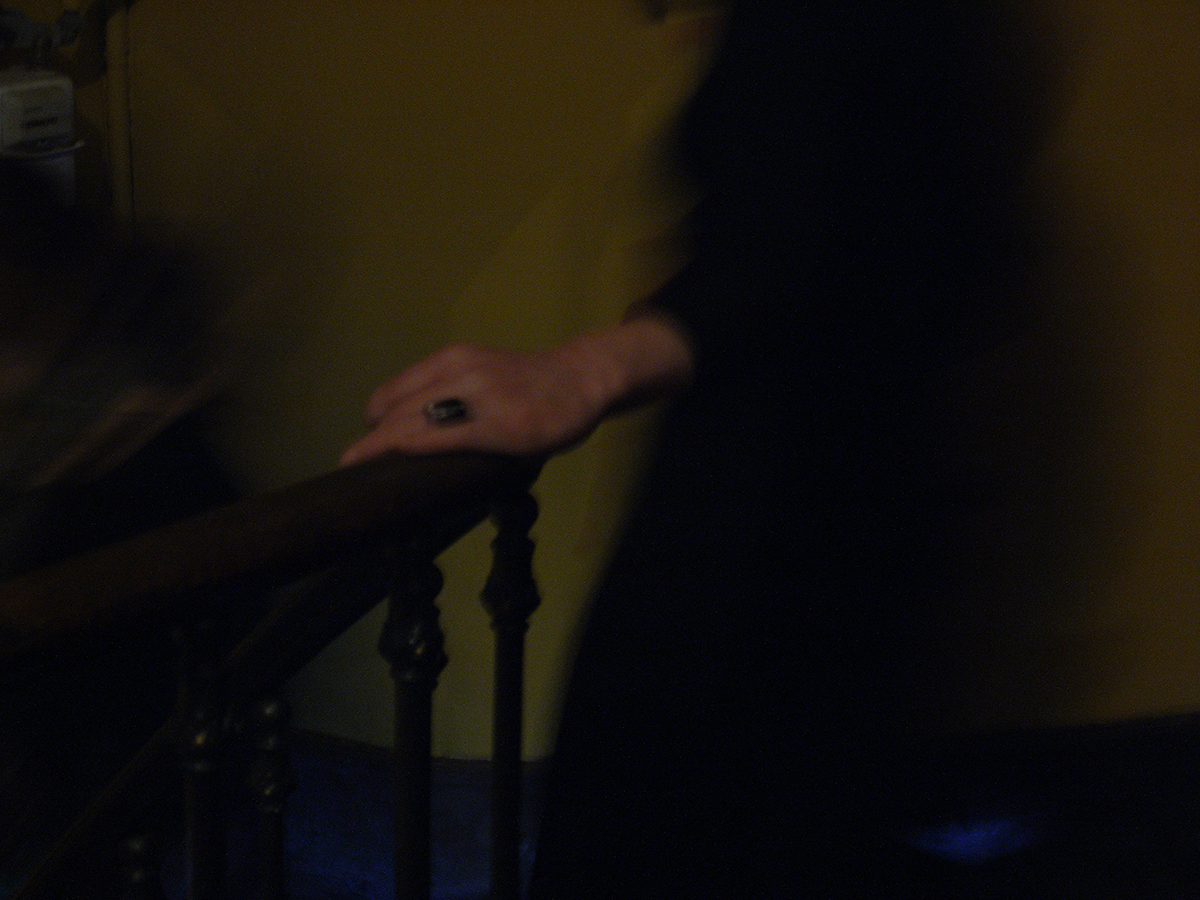 In partnership with the gallery ARKO in Nevers
There ‘s a thousand ways to go through a city. Simply shifting his look and follow the slope.
Une ville à l’oblique proposes to understand Nevers in the movement. To slide, tilt your head, take the risk of the rocker … Appointments that have been proposed explore through action and performance opportunities to bring out the unexpected in common spaces.
Starting point for reflection, image catcher to feed the imagination or simple playground, Nevers becomes the place where anything is possible, unfolding pace of these meetings a serie of visions escaped from reality. This is the absolute deviation of Charles Fourier or the Invisible Cities by Italo Calvino that we think the lines, and it is some idea of the utopia that rubs the program, reminding us , a proposal to the other, that we never finished to know and think a city.

Benjamin Seror
Seror Benjamin realizes a job of installations and performances that are the fruit of a reflection on the transmission of a story, by questioning the possible staging of our memory, both, real and fictional. The music often takes place at a time of reflection and object scopes in their performance where he is at once instead of author, performer and musician, at the crossroads of the conference model and the narrative structure of an opera.

Julie Béna
“With humility of means that is not only the mark of a desire of simplicity, but also a sign of attention paid to things, to what happens quietly, what stands in the gap or the equilibrium line between the perceptible and already created, Béna Julie tells some open stories, almost fragile, seem to break the silence to take place when the shake of things becomes the birth of a story. In her plays, a few simple elements suddenly unite, combine to contribute to a narrative presence is no longer the history of its elements, but another story, another form, the result of a metamorphosis in which everything changed.
Julie Béna extract from the world, and often daily, materials that suddenly, while keeping a sense of their roots (the city lights from a train at night, clouds in the sky and the whims of a camera), escape, are no longer the story of the day where they took place, but moved to unpredictable narratives, reflections, became unexpected places in the world other than where they were born. * “* Jérémie Grandsenne

Eric Madeleine
Eric Madeleine says gestures producer, skill sculptor, custom tailor. After developing the concept of the body object (under the name of Made in Eric), known for spectacular actions such as selling the artist’s body in teleshopping or rent a variety of goals, Eric Madeleine observes  the social body, functions, actions and behaviors that reveals, the order that results. He retained some significant elements, he recharge them by injecting active sense of inventiveness and imagination by shifts, transpositions, humor and poetry. Both, incisive and light, he opens the codes and attitudes to alternation, he takes off from reality for preparing a vision phenomenological, ethological often.

Claude Cattelain
Cattelain Claude’s performance has something from the myth of Sisyphus and the eternal resumption: the artist creates ephemeral structures continuously in precarious balance, always high, as high as possible, and which tend to fall apart instantaneously. Whatever the fall of these structures of found materials, Claude Cattelain repeats the gesture again and again, until exhaustion.