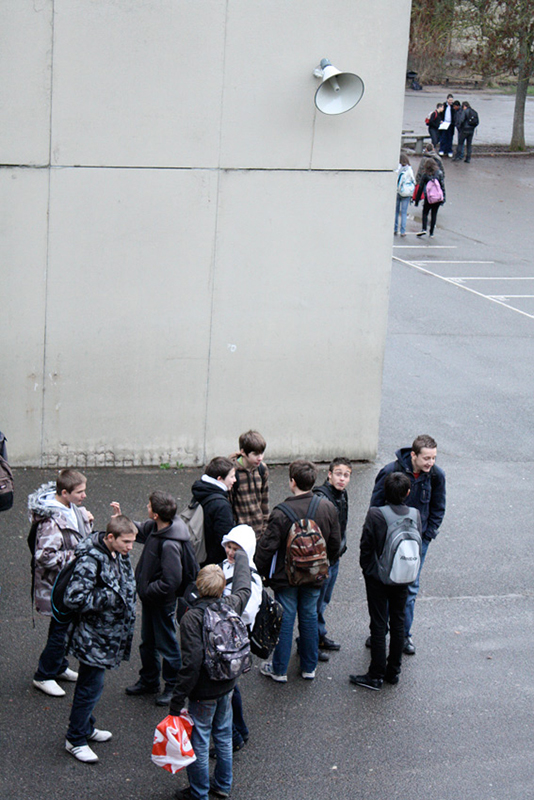 from October to December 2009

Zahra Poonawala is Franco-Swiss. Her experience as a ‘cellist, an individual performer within an orchestra, forms the basis of her artistic work in sound and images. “Being two metres away from a double bass playing another melody than you is very different from having ‘mixed’ music in front of you on stage. Music in that case is not the kind that you listen to, but the kind that you’re inside of. It’s an experience shared by all musicians, but in my case, it must have triggered something.” Questioning both the spatialisation of sound and its source and the relationship between the spectator and this space, she “composes” sound and video installations, which the spectator wanders through. Her experiments recently led her to perform on stage with various musicians and composers, such as Gualtiero Dazzi, Fritz Hauser, and Bruno de Chérilles in the Video-Concert “Nuages Insolubles” [Insoluble Clouds] for which she also devised the video and scenography with Marie Anne Bacquet. She points to the quasi-invisibility of mainstream systems of broadcast and draws a parallel using the recording of imperceptible sounds from everyday life and the representation of their broadcast in public space. She has just returned from a residency in Montreal (Agence Topo) to put in place the groundbreaking online version of the audio and video database of “Public Address Systems” (the website will be accessible soon).