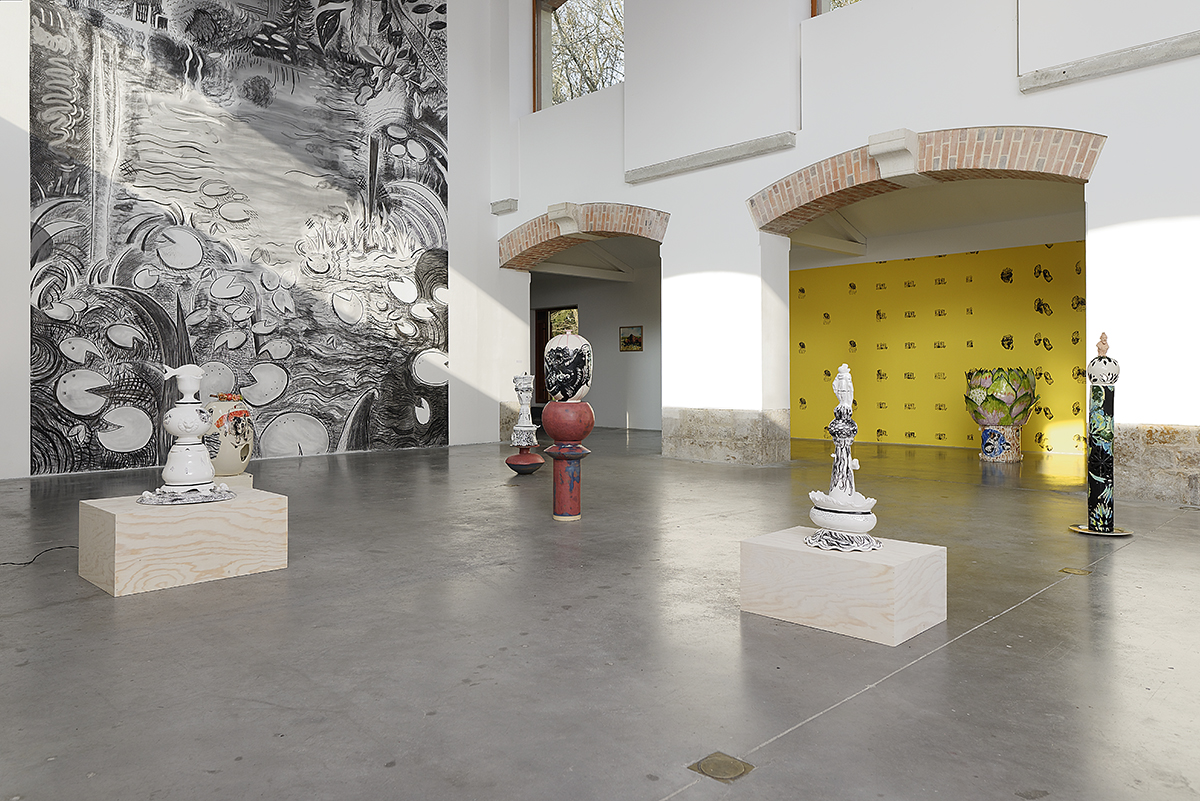 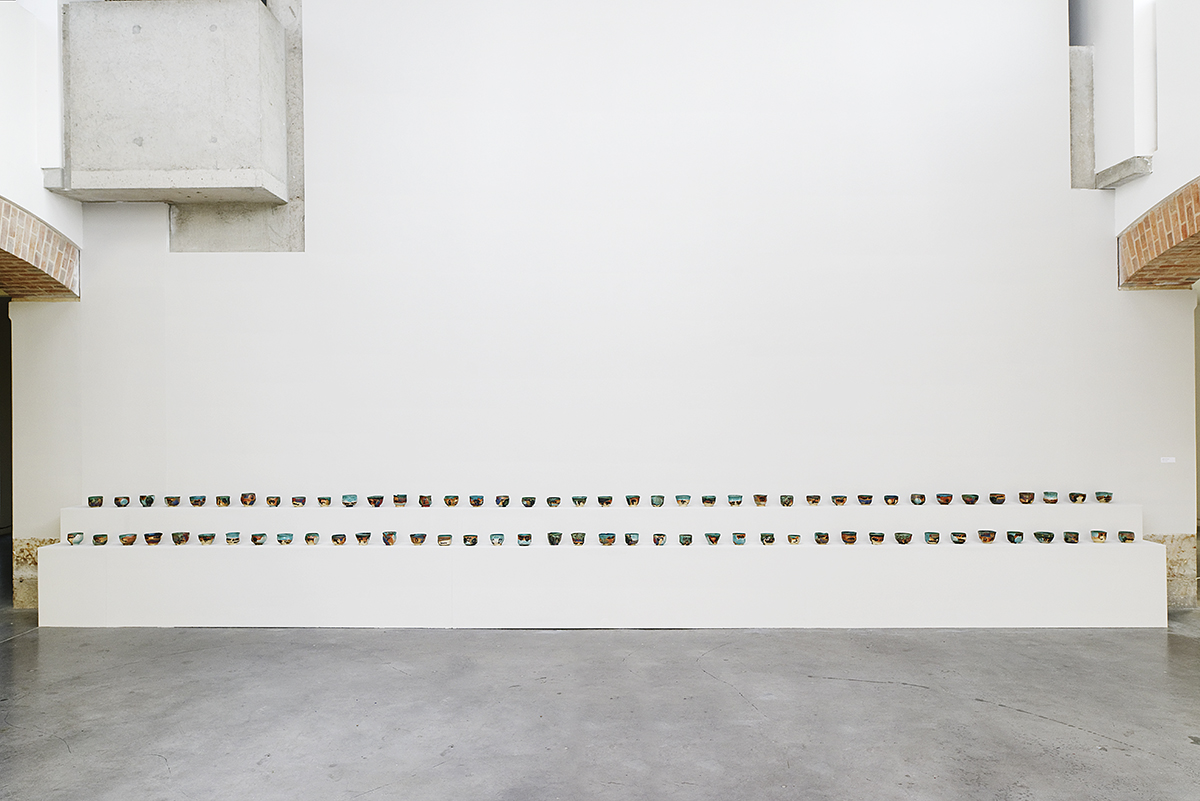 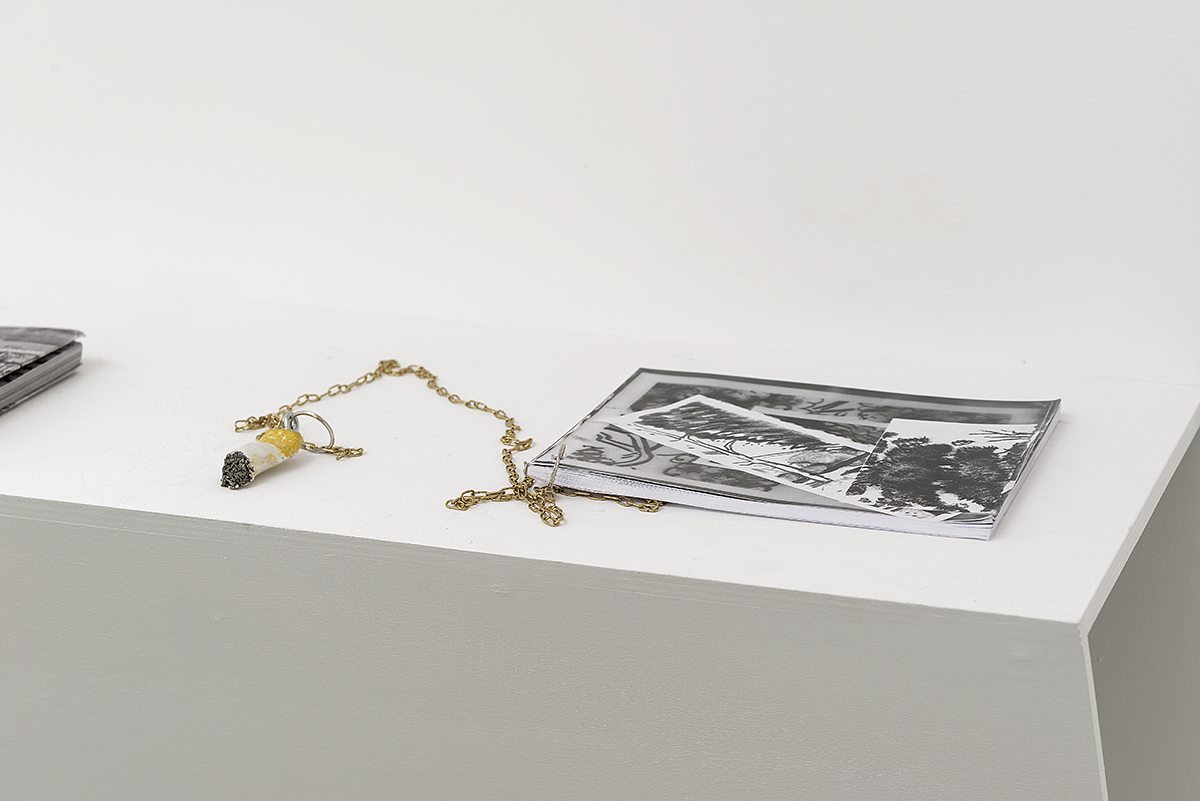 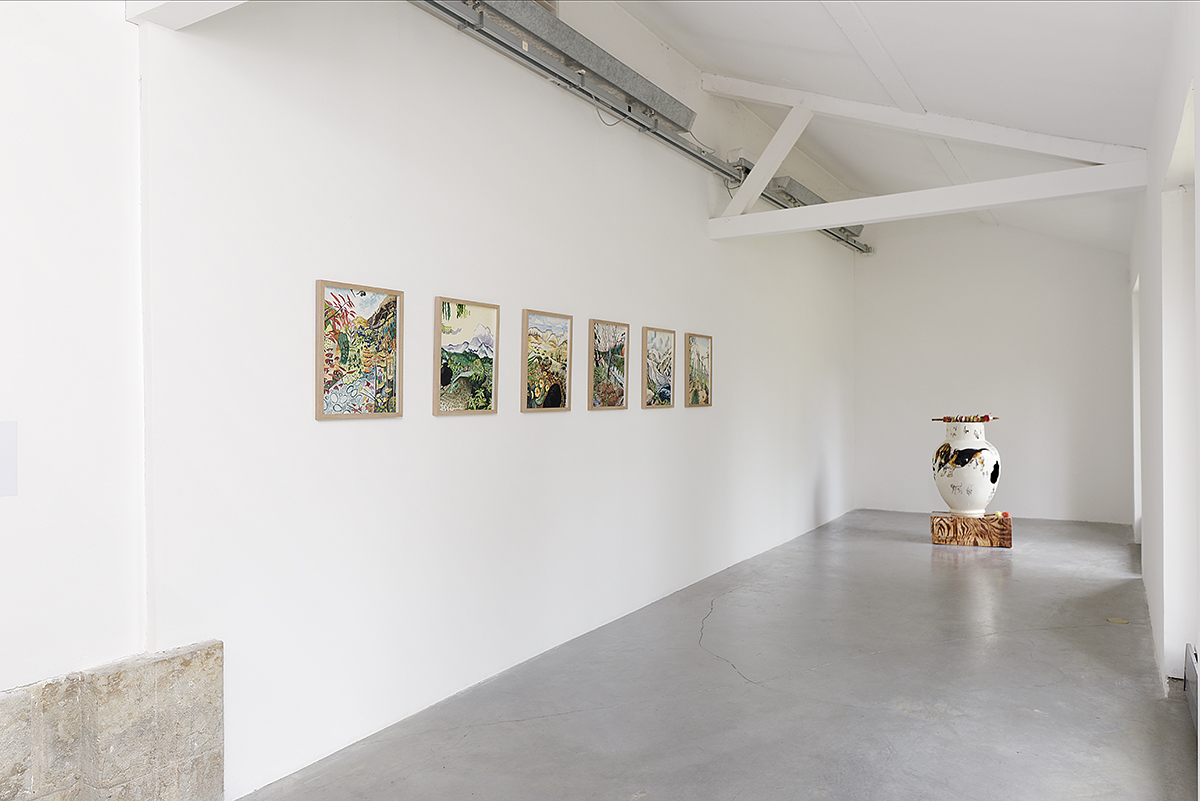 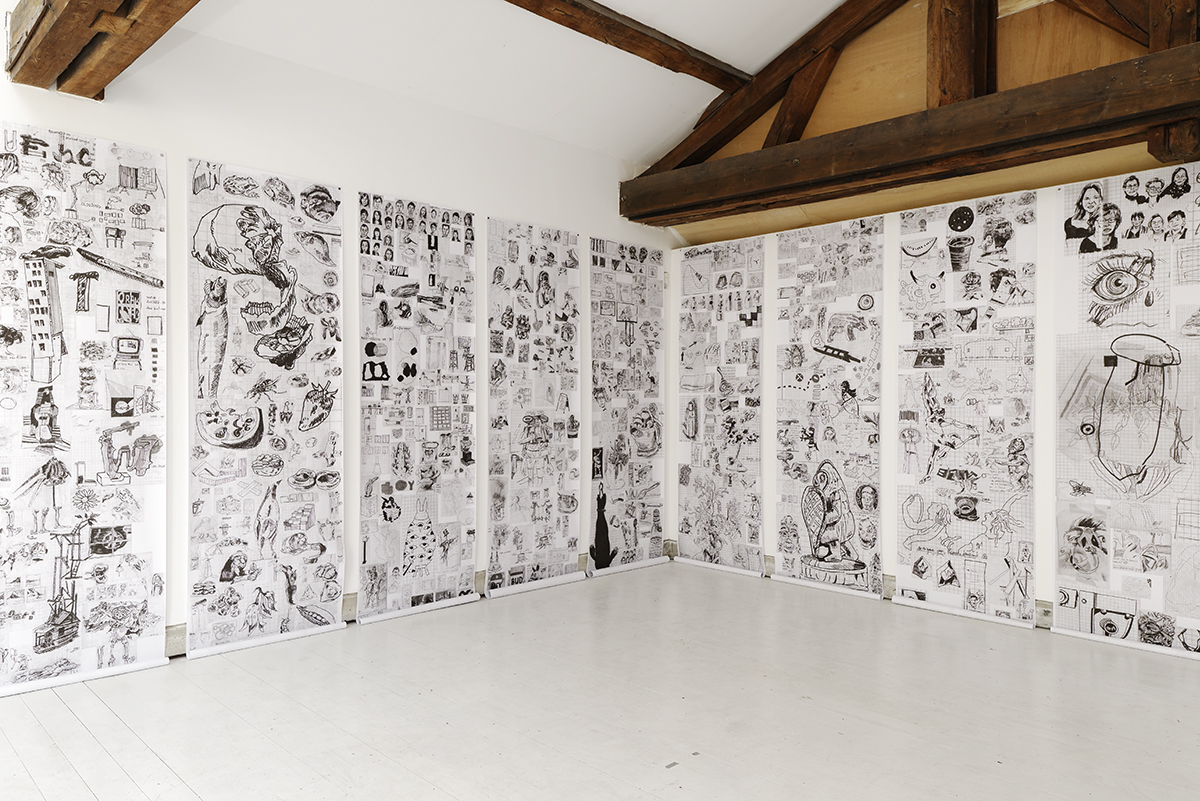 Like the cultural poachers described by Michel de Certeau, Florentine and Alexandre Lamarche-Ovize render concrete a certain pleasure in making things and materialize thought in objects. Their pieces are created through assemblage, superimposition, or substitution, processes that try to distance the subjects being treated while simultaneously revealing a gargantuan, almost compulsive effort to compile references. These come from historical, vernacular and pop cultures. Drawing is omnipresent. Sometimes it allows thought to exist as a sketch, sometimes it is the pattern on a piece of ceramic, but often it is a tool that integrates indirectly yet in a significant way objects in a narrative framework that is always present.

Techniques and skills are also components of the Lamarche- Ovizes’ art practice. Those techniques and skills, moreover, are a clear reference to the philosophy of William Morris, the founder of the Arts & Crafts movement in the 1860s who rejected the distinction made between art and traditional crafts. In their work, the decompartmentalization of practices is seen in the fact that they regularly involve other artists and craftsmen in what they do. They also clearly show a taste for motifs and the decorative, as well as an interest in bricolage, the makeshift, the do-it-yourself. It is a preference that makes objects a token of the pleasure of manipulating things along with a tendency—readily embraced—to create hybrid forms.

This way of working is found throughout the show, which is appropriately called “Les motifs sauvages” (The Wild Motifs). The exhibition features a multiplicity of motifs, from tapestry patterns and ceramics, to video animation, notebooks and rubber stamps, which are on view throughout the space of the art center. This shift from one support to another, which maintains both an autonomous position and a cause-and-effect relationship, is also found in the ceramic pieces on display. Following a residency in Mexico in 2015, the artist duo were able to experiment with techniques from an appropriated “Barro Negro” artisanal and industrial approach, a style that is practiced around Guadalajara. Their work gave rise to more or less exotic motifs featuring insigni cant objects drawn from the everyday world. For the two artists, the idea has been to pursue their work in crafts and highlight different production processes, along with the meteorological and natural context of the earth. The show at Parc Saint Léger is an opportunity to discover the production processes springing from a method developed in the potters’ village of La Borne and among the makers of earthenwares in Nevers. A series of ceramic pieces was created with the help of Laurent Gautier, a potter at the Bourges national school of art, employing sandstone and turning. The other series was realized with the help of the Georges pottery factory in Nevers. The two artists went there to hunt around in a collection of molds belonging to the factory, which has been in Nevers since 1898. In keeping with their usual way of working, Lamarche-Ovizes used collage and appropriation to produce sculptures in a strong baroque style.

Sunday 19 February 4 pm
WITH ALEXANDRE AND FLORENTINE LAMARCHE-OVIZE
Guided tour of the show.

FAMILY WORKSHOPS
Sunday 16 October 3 pm
GUIDED TOUR OF THE SHOW FOLLOWED
BY A WORKSHOP AND A LIGHT SNACK
Five years and older, Free admission, but you must sign up.

WRITING WORKSHOP
Saturday 5 November from 10 am to 5 pm
HOSTED BY PIERRE BASTIDE
OPEN DISCUSSION ON THE WORKS IN THE SHOW
Free admission, but you must sign up (subject to availability).

LECTURE
Tuesday 4 April
6:30 pm
at ABW Warnant Architecte, Nevers
WITH THOMAS GOLSENNE
A PhD in art history and professor of the history of the visual arts at Villa Arson, École Nationale Supérieure d’Art in Nice.

INTERVENTION
Saturday 22 April
3 pm
At the Médiathèque Jean Jaurès, Nevers
WITH FANFICTION 93
The association FANFICTION 93 is developing a publishing project that brings together artists who are active in Aubervilliers.