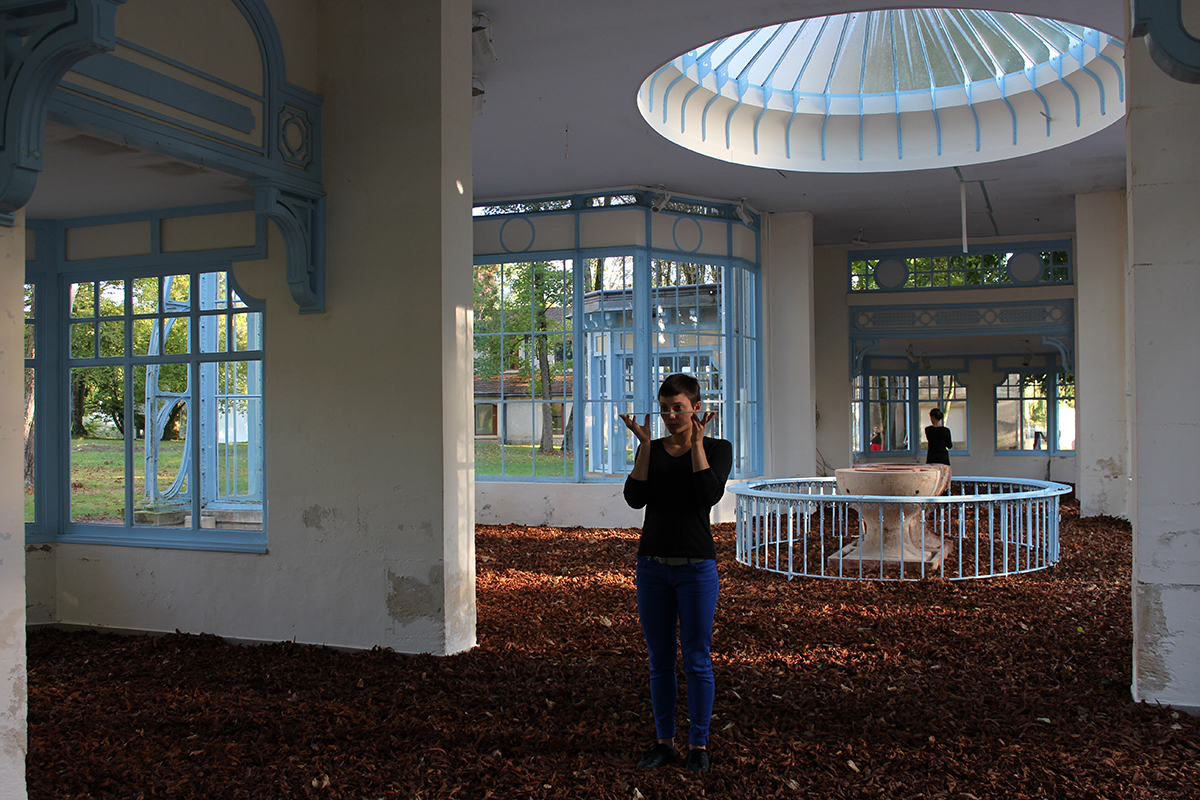 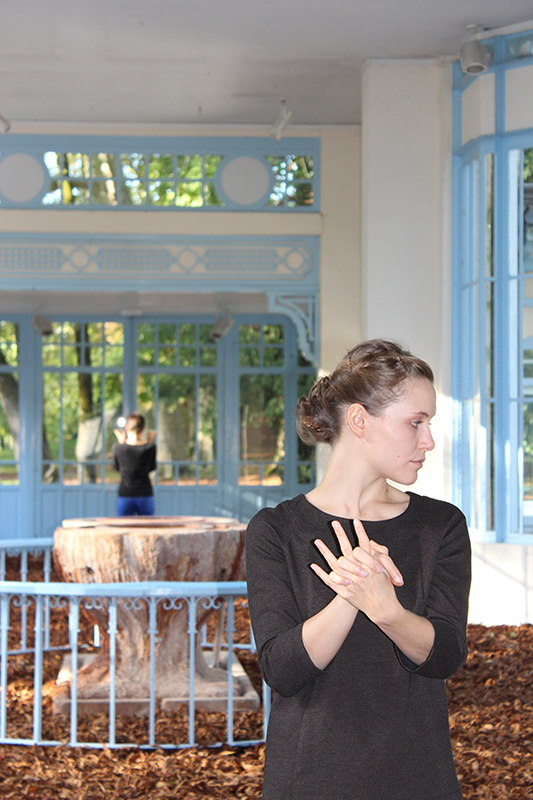 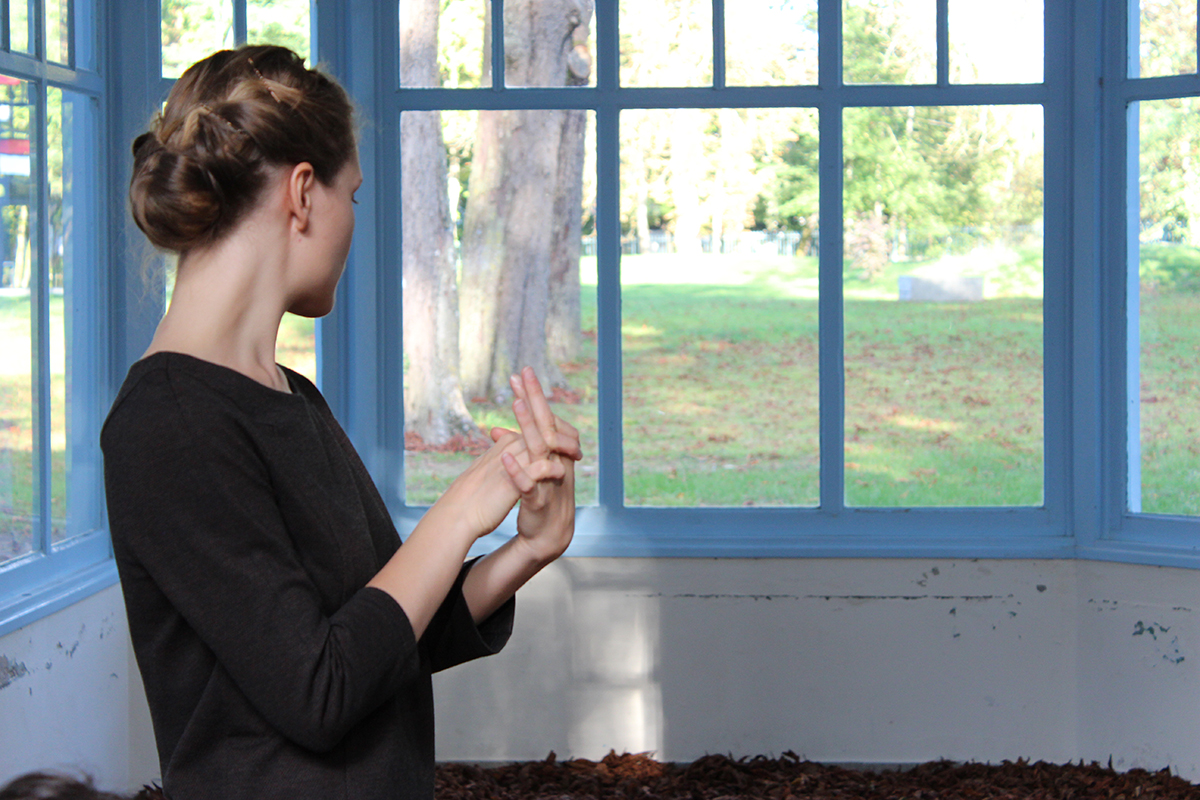 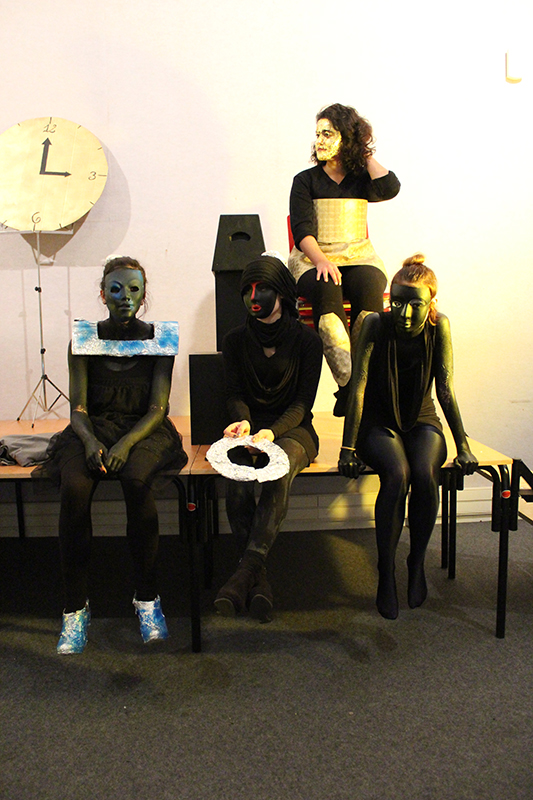 from September to November 2013

Born in Bordeaux (France) in 1985. Lives and works in Paris.
Graduated from the École Nationale Supérieure des Beaux-Arts de Lyon in 2010.
The work of Adélaïde Fériot is haunted by the presence of the body (represented or real, within the work or that of the spectator) that she manipulates and submits to all kinds of prostheses. Whether she uses imagery (which she meticulously collects) or ‘tableaux vivants’ (literally: living pictures) deployed within 3D space, the artist’s compositions question the history of movement, attitudes, and dress codes, as well as our decontextualised relationship to these.
Her approach to tableau vivant consists of arranging motionless models that are unaware of what is happening around them, within a carefully arranged framework in which each element bears meaning. Once exposed to the gaze, the interrupted movement, suspended in time, is thus charged with a spectral and symbolic dimension.

An ephemeral scene located in the Pavillon des Sources, Insulaire is a tableau vivant installed on a small island of dead leaves, where two models find themselves, as though shipwrecked. One of them executes the precise and extremely slow gestures of a shadow play, while the other, perfectly motionless, stares out into the distance. A troubling display in which the gaze and the sign meet, the scene evokes isolation and a breakdown in communication.