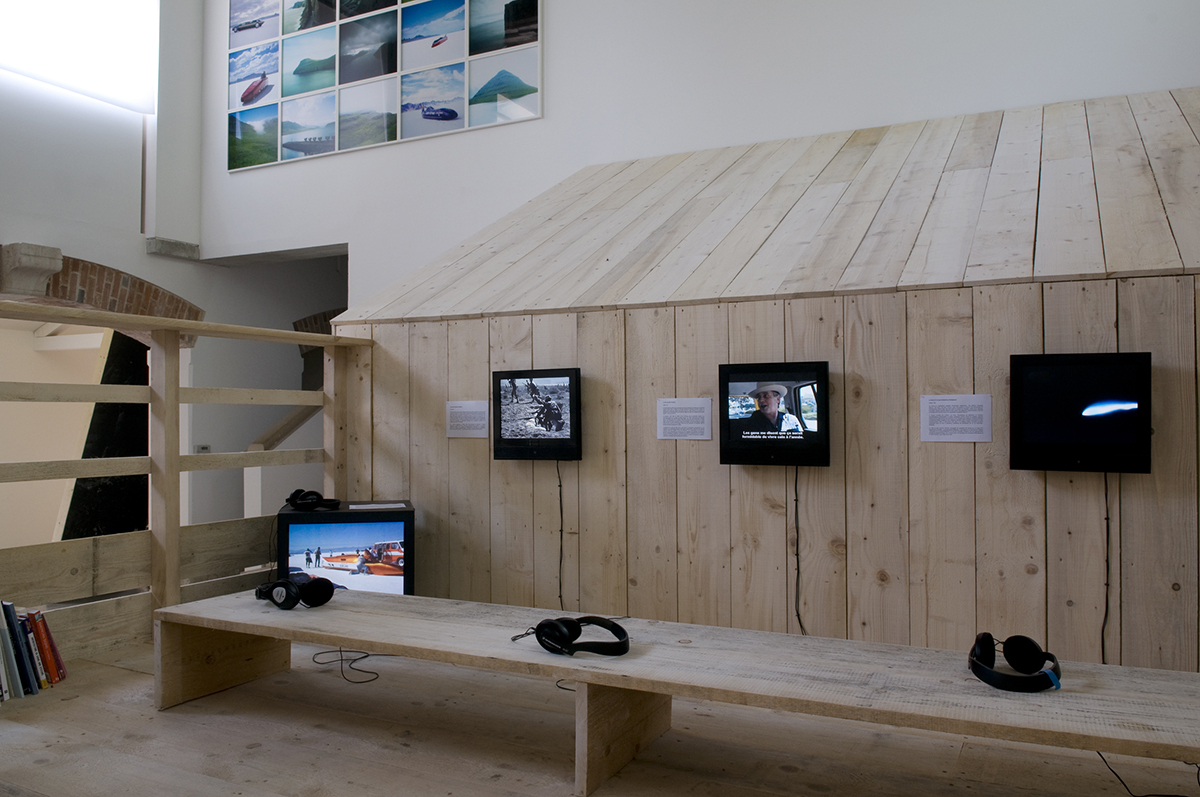 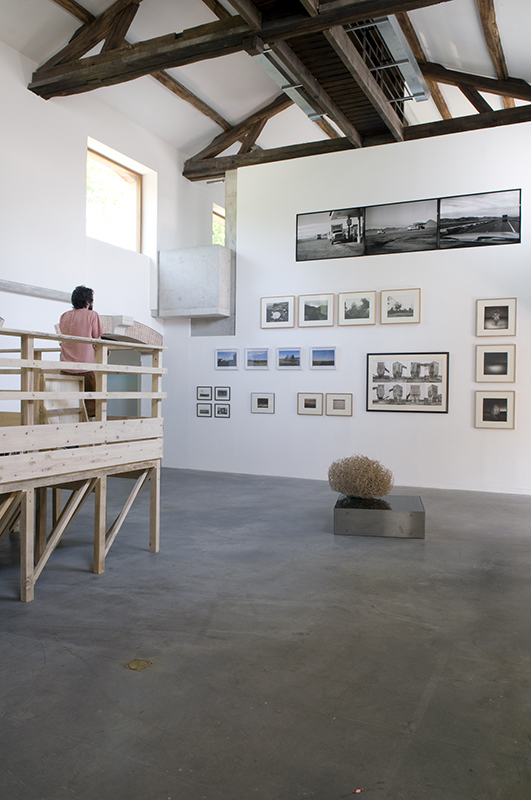 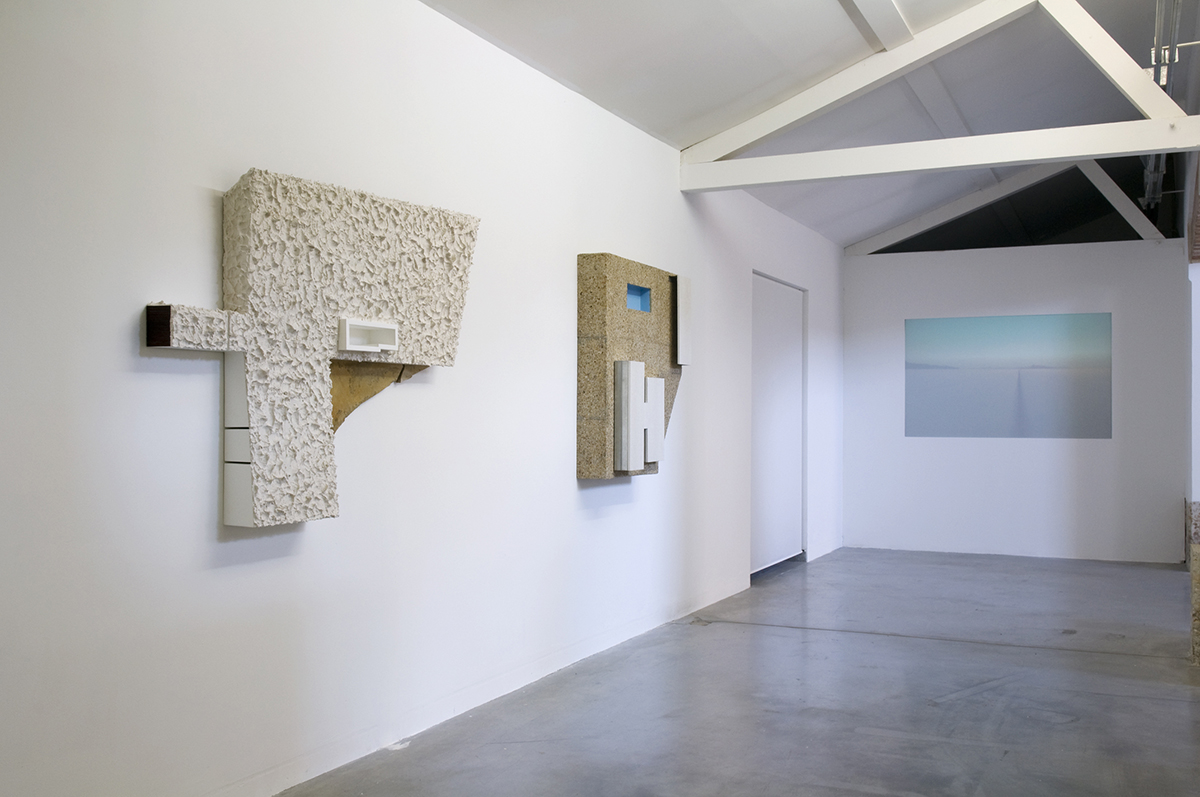 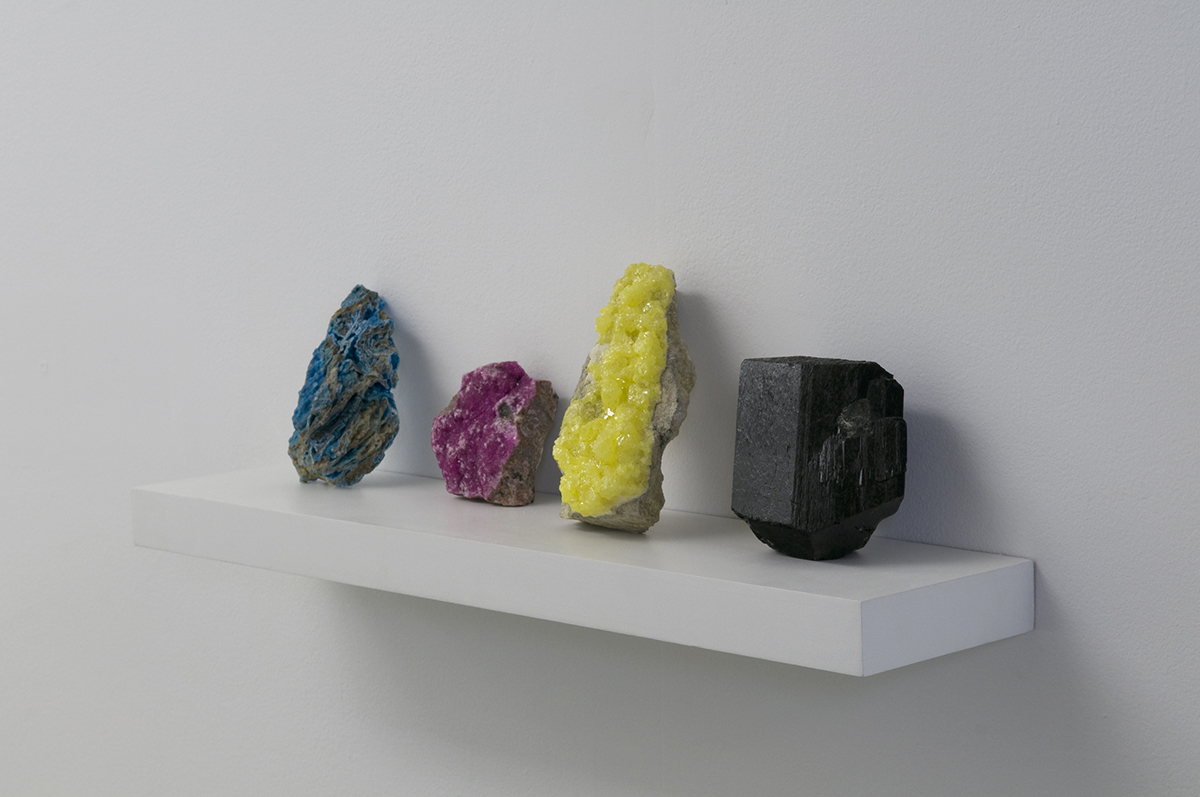 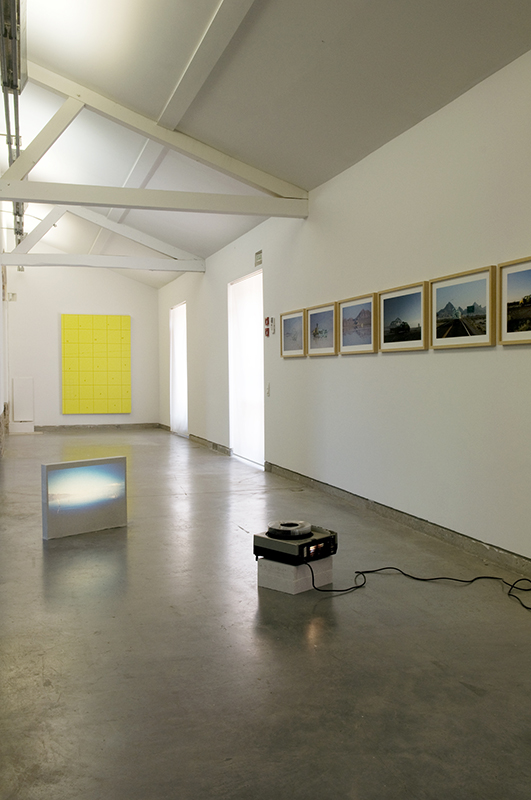 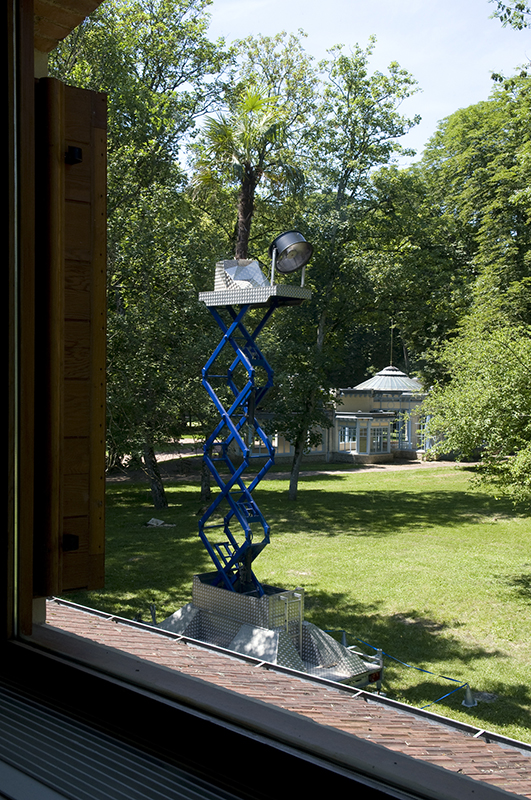 In 1989, the British historian of Reyner Banham’s architecture confessed his irresistible attraction for the desert of the American southwest in Scenes in America Deserta. His book is the exciting story of
a discovery of these arid lands, free of human tribulations, from the ancient pueblos of Mesa Verde to the ultra-technological installations of the US Air Force, from the utopian propositions of Paolo Soleri to the extravagance of Las Vegas.

Thus, AMERICA DESERTA, much more than the strict Latin translation of “American desert”, defines the limits of the aesthetic condition of a territory in terms of how it has been altered by human intervention. It is a site of projections, a theatre of human experience specific to the United States. The American sociologist and geographer John Brinckerhoff Jackson defines this vernacular landscape as a “succession of traces and imprints which are overlaid on the ground. In this sense, the landscape is like a work of art, earth, soil, nature, being like materials which people give shape to on the basis of cultural values which differ in time and space.” This postulate was to become that of a photographic school, revealed by the exhibition New Topographics: Photographs of a Man-Altered Landscape held at the Rochester International Museum of Photography in 1975. In particular, it brought together works by Robert Adams, Lewis Baltz, Bernd and Hilla Becher, Franck Gohlke or Stephen Shore.

In direct and frontal opposition to the transcendentalist idealism of Ansel Adams or Eliot Porter, the cantors of the West Coast pictorialist landscape school, these artists distinguished themselves as landscape revisionists. Through the systematic use of the documentary photographic style, they undertook a critical and analytical rereading of traditional landscape iconography, thus highlighting the artificial relationship that the viewer maintains with his or her environment. In the mid-1980s, a group of photographers, including Richard Misrach, Terry Evans or Peter Goin (federated from 1992 onwards by the Nevada Museum of Art in Reno) pursued their iconic approach to the landscape in a specific collection dubbed The Altered Landscape Collection.

The wilderness, the founding safe-house of the US nation, thus made way for a tangible new reality of contemporary America: the altered landscape.

This new state of affairs is the starting point for the exhibition AMERICA DESERTA at the Parc Saint Léger. The exhibition assembles pioneer images, including the historical photographs of Robert Adams, Lewis Baltz, Bernd and Hilla Becher, Peter Goin, or John Pfahl, but also iconic extensions and empirical filiations of this trend among contemporary works. The man-altered landscape, mainly experienced by Americans as the collapse of a romantic view of their territories, constituted the fascinating iconic basis for European artistic propositions. This terrain, the privileged stage of the most extraordinary anthropic attempts, constituted a world of possibilities for artists.

Their approach differed from that developed by the likes of Robert Smithson, Walter de Maria or Michael Heizer: the former is the result, consequence and, in a certain sense, the inheritance of the latter. It is now less a matter for the artist of today of measuring up to Mother Nature, in the conqueror’s posture adopted by the Land artists in their day, as it is of diving into mythology, entering a landscape that is perceived and/or experienced as an aesthetic production.

Hence Mélik Ohanian, by screening Peter Watkins’ Punishment Park on the locations of his own shoot, suggests restoring to the territory what it has given to the collective imaginary. Katrin Sigurdardottir borrows an emblematic 19th century photograph in order to seal off the access to a landscape that is nonetheless synonymous with infinity, and Geert Goiris relativizes the motorised exploits of the Bonneville Speed Week, previously immortalised by Richard Misrach, in calm comparison with Scandinavian landscapes. As for Wilfrid Almendra, he freezes the canons of modernist US architecture in unusual bas reliefs produced with recuperated materials, whereas the sculptures of Evariste Richer or Siobhán Hapaska enumerate visual references in order to set the scene entirely.

Active in the area, Vincent Lamouroux colonises the spaces of the West by shipping a geodesic form there that is literally sucked up by the landscape, while Andrea Zittel, the only local, devises her housing modules in their hostile climatic context. As for Aurélien Froment, he analyses the conditions of longevity of a commune experiment from the 1970s and Bernd Behr presents us with a fascinating and elliptic version of the remains of military testing zones. For Alain Bublex, Tacita Dean or Julien Discrit, this landscape is loaded with blockbuster referents from the beat generation or trance-like Hollywood fictions. It is revisited like a “scenic” horizon, that is, a place “for contemplation” through the car windscreen as you travel.

America deserta is well and truly a surface for projections to repeatedly feed into the myth, towards a romanticism of the landscape with newfound fundamentals. In this sense, certain artists will go as far as making do with Robert Smithson’s sacrosanct site/non-site, even if it means surpassing the strict topographical limits. Ettore Sottsa dreams of South California from the Iberian locations of spaghetti westerns, whereas Julien Berthier sizes up industrial constructions in Canada, which the likes of Lewis Baltz would certainly not have failed to inspect.

The exhibition AMERICA DESERTA is intended as a mirror of our phantasmagorical European projections, as expressed by artists who are basically continuing the enterprise of the pictorialist pioneers, armed with a contemplative post-modernity. Designed as an observation platform for these perspectives on landscape, in its scenography, AMERICA DESERTA plays on the rhetoric of the visual, and contextualises the works by presenting the vernacular experiences that predate them, whether it be the surpassing of the self advocated by the Burning Man Festival or the speed races of the Bonneville Salt Flats, or the futuristic fiction located around Area 51.