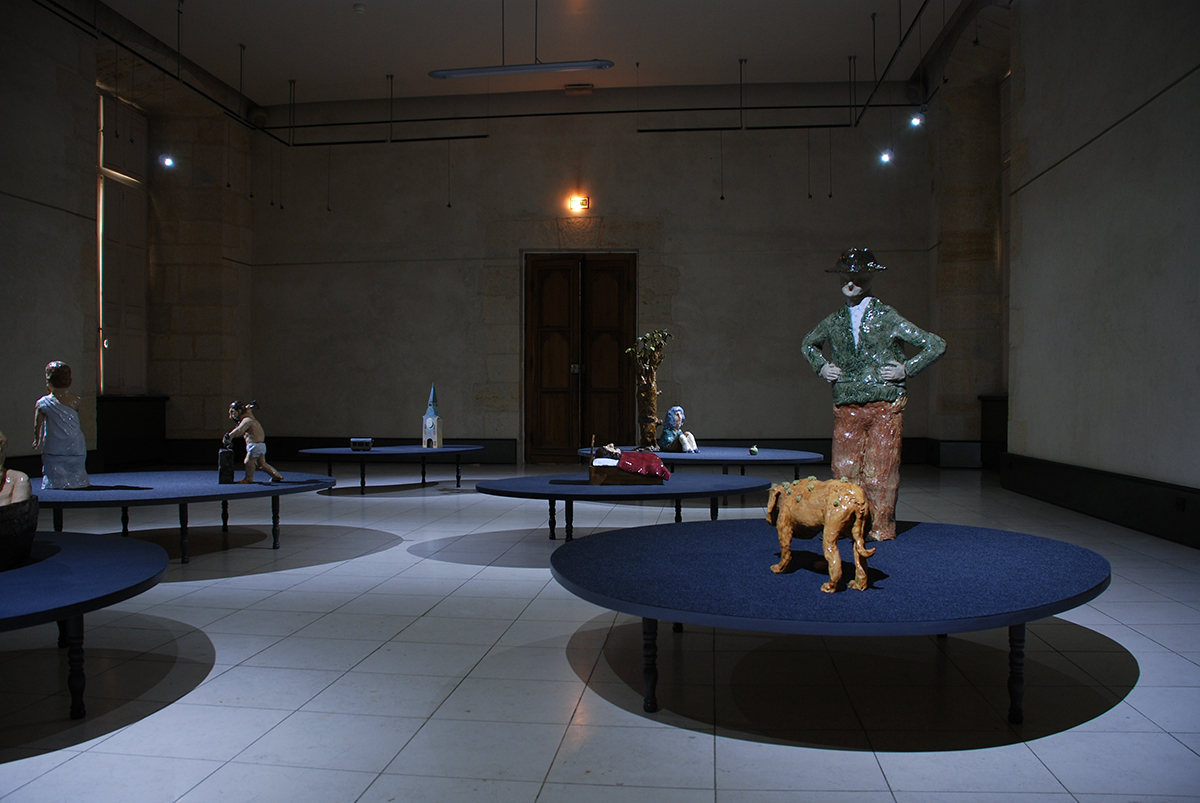 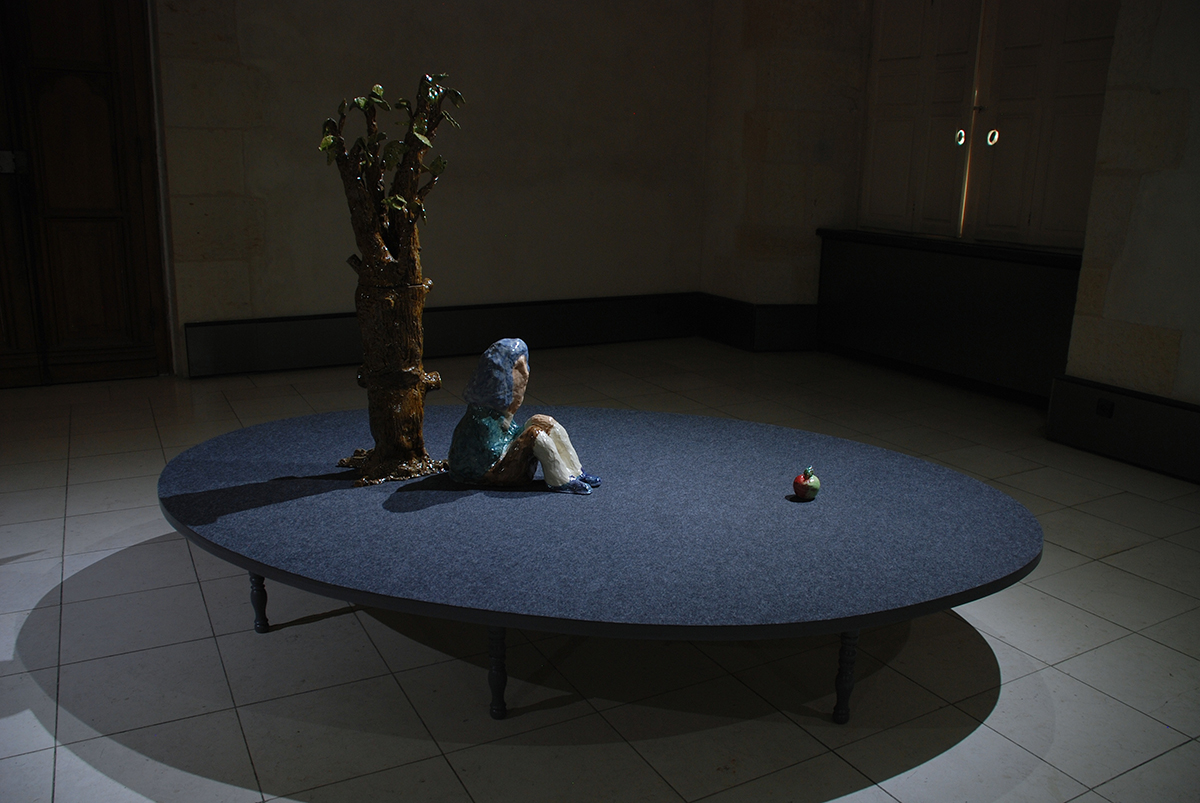 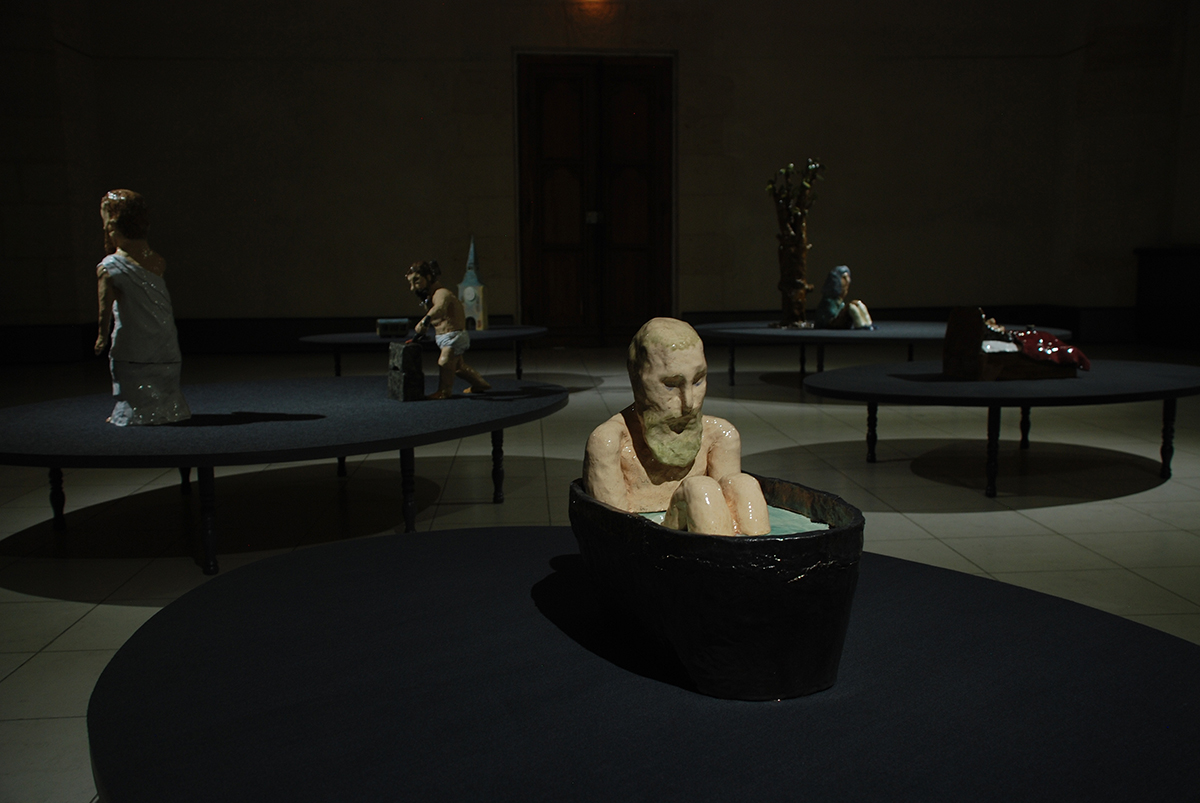 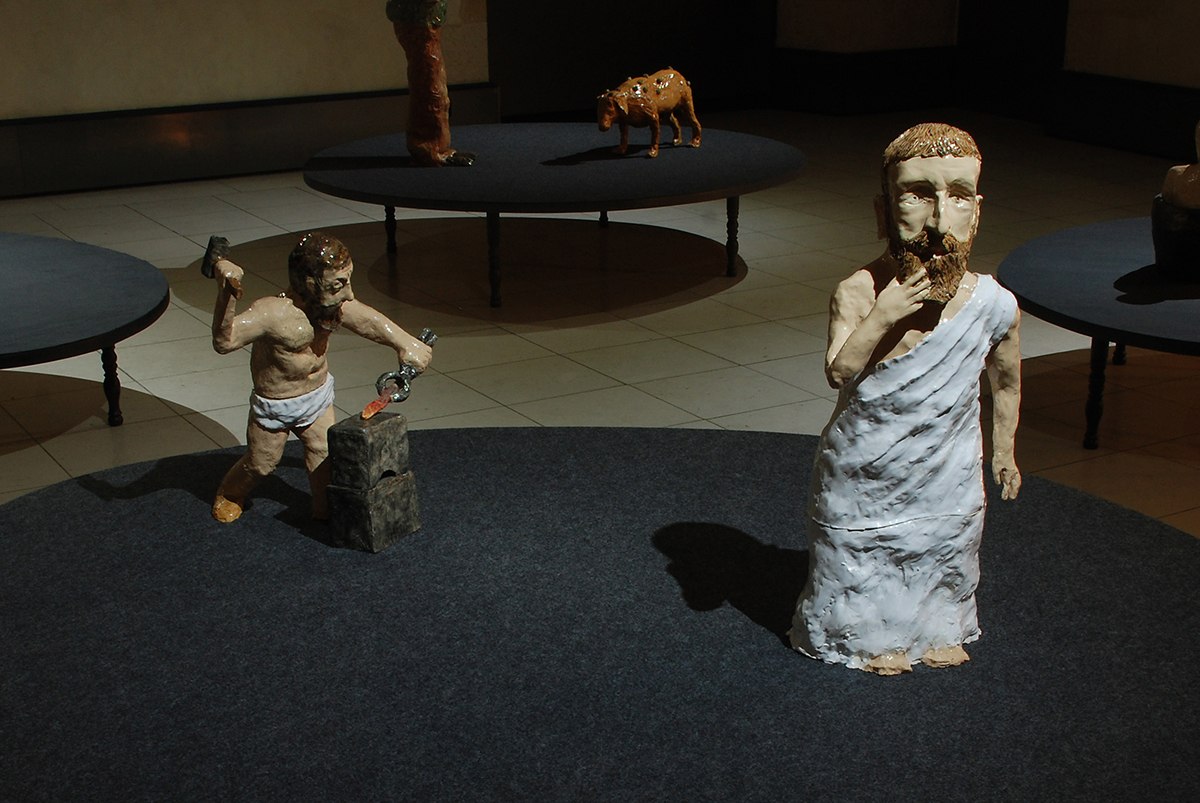 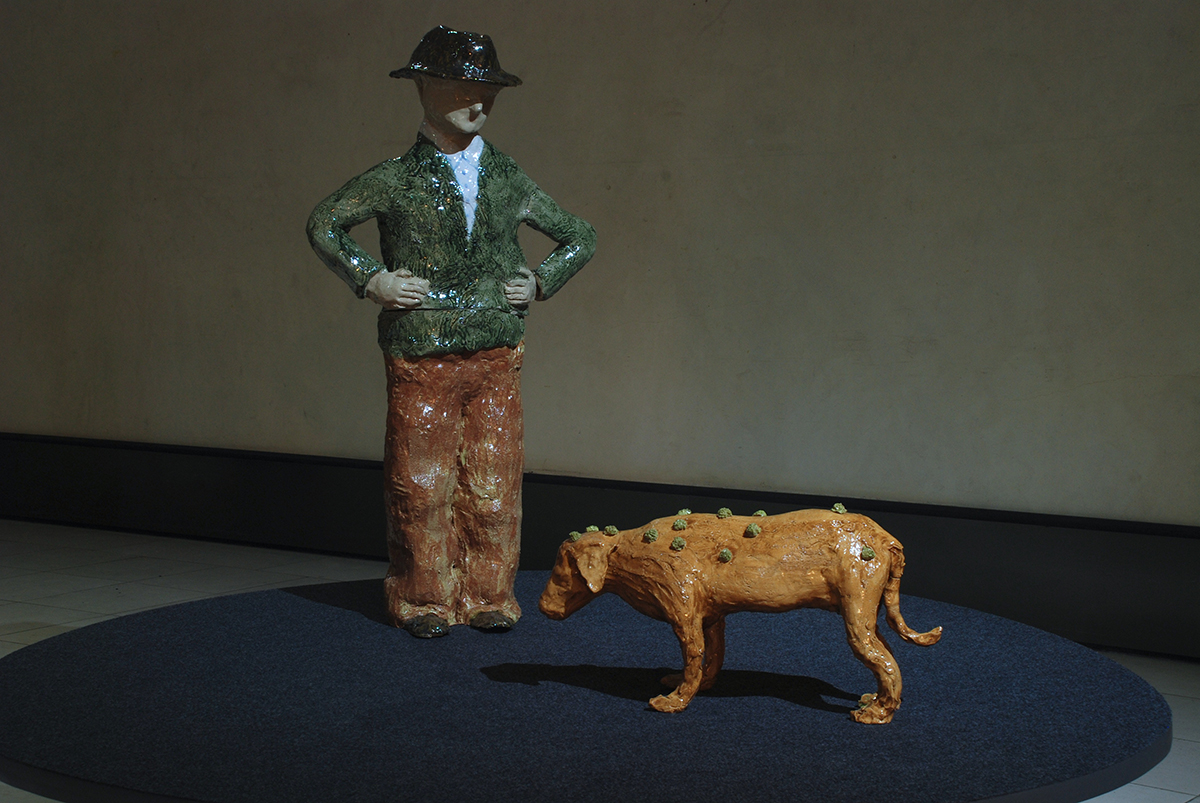 A partnership between Parc Saint Léger – Hors les murs, Ville de Nevers.
With the participation of the Médiathèque de Nevers and the Collège Adam Billaut.

After Tony Regazzoni and Soraya Rhofir, the Palais Ducal de Nevers once again hosts a duo of English artists, Bevis Martin & Charlie Youle, for an exhibition that plays on the spectacular, polymorphous and multidisciplinary context of the site.

From a round table on which digits and abstract formulae dance, to ceramics embodying representations from our school books, the works of Bevis Martin & Charlie Youle present us with a semblance of pedagogy, which calls into question the relationships that are too easily tolerated between an idea and its formalisation. Bevis Martin & Charlie Youle make artworks —paintings, sculptures, installations, or performances—in the light of organic discoveries and physical exploration, between mathematical demonstration and a fictional or even science-fictional space.

We are interested in the strangeness that resides in the transmission of knowledges, whether this occurs at school, in museums, or elsewhere. (Bevis Martin and Charlie Youle)

It is the passivity in our relationship to images and objects that the artists question, as they work to “find a path towards the disruption of the comfortable equation ‘idea communicated -> object/image -> idea received’.” They observe museum displays, schoolbooks or even advertising techniques: any process that aims to communicate an idea with an illusion of objectivity. In reaction to these observations, they produce disturbing and unusual forms, associating various codes: the prevention of hygiene and the pottery tradition, astrology and noodle necklaces—a recurrent design in children’s artistic expression. To the fixed and immediate nature of the image or the object of communication, they oppose works that draw on the aesthetic of the workshop, scientific experimentation or the traditional biology classroom.

In this way, projection or failure form integral parts of the work for these artists, who play on the limits between the final object and experimental phases. The exhibition takes place this year in 3 sites, 3 working phases for the artists, 3 different relationships between ideas and their potential forms. At the Médiathèque, the exhibition will present works but also reference documents, the sources of the artists’ inspiration. Some of this inspiration was derived from the Musée de l’Éducation de Nevers, a real goldmine for analysing the evolution of the transmission of knowledge. At the Collège Adam Billaut, another site of knowledge transmission, the exhibition will focus on the prospective phase of the artistic process: sketches, prototypes for works, and models will be central to the exhibition, showcasing the creative process. At the Palais Ducal, the exhibition will be a mix between a spectacular show, a craft demonstration and a scientific representation, using traditional materials from Nièvre—pottery, plaster, or papier mâché—and presenting an original, sometimes funny, sometimes disturbing experience of the great inventions of the last twenty-two centuries or so!

We find this parallel between art and laughter in Bergson: both require and provoke a kind of detachment from reality, since human perception in Bergson’s view is blinded by usage most of the time. “My senses and my consciousness, therefore, give me no more than a practical simplification of reality. […] In short, we do not see the things themselves; in most cases we confine ourselves to reading the labels affixed to them.”1 Without claiming to help us to discover universal truths, Bevis Martin and Charlie Youle play on the construction of the objective truth of the positive sciences by showing us trivial paintings by Newton, Leibniz or Archimedes as they discovered the great laws of Nature in their daily lives.

1 – Bergson, Laughter: An Essay on the Meaning of the Comic, Chapter III, The Comic in Character.

A monowheel is a vehicle consisting of a single wheel, with the driver situated inside the wheel itself. In reality, monowheels have never gone beyond the experimental phase. But in fiction, they are always high-speed machines that are easily handled and generally, formidable weapons of war. We question the typology of these imaginary monowheels and compare their properties. Based on this simple example of fictional possibility, we examine how the imagination gains access to coherency and thus acquires the status of possibility.