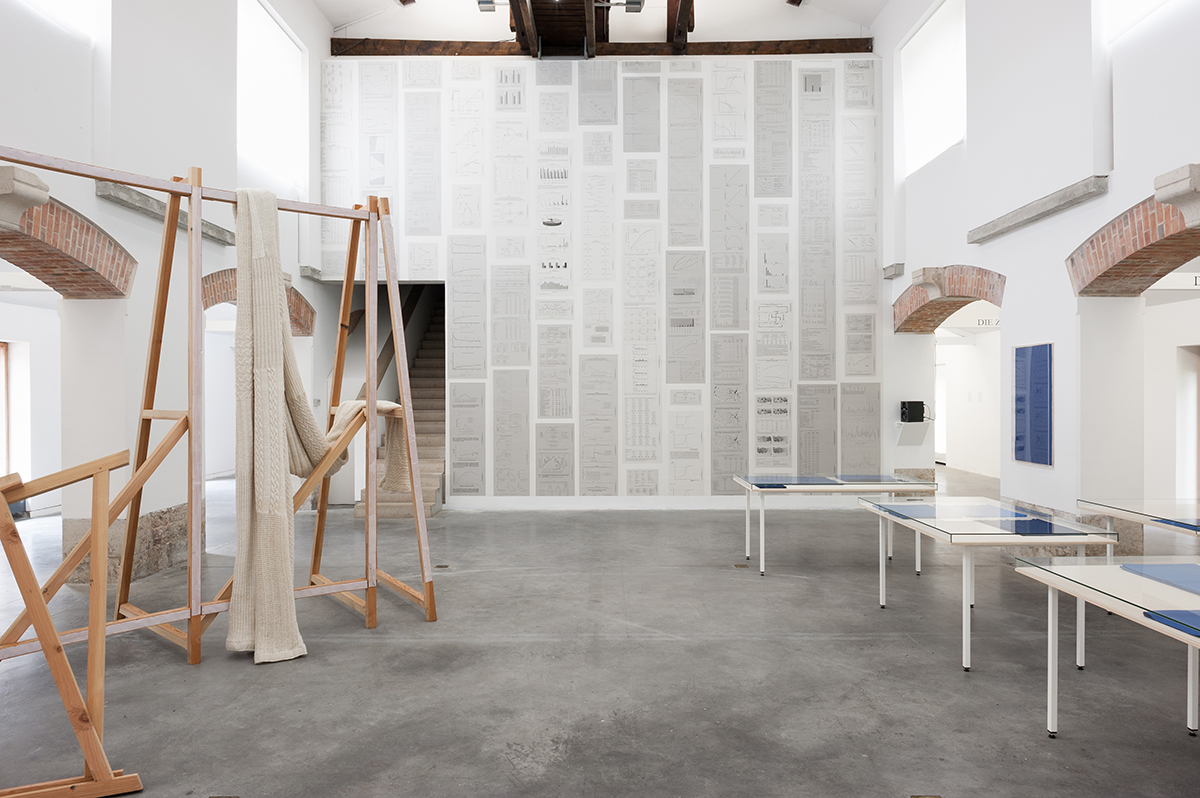 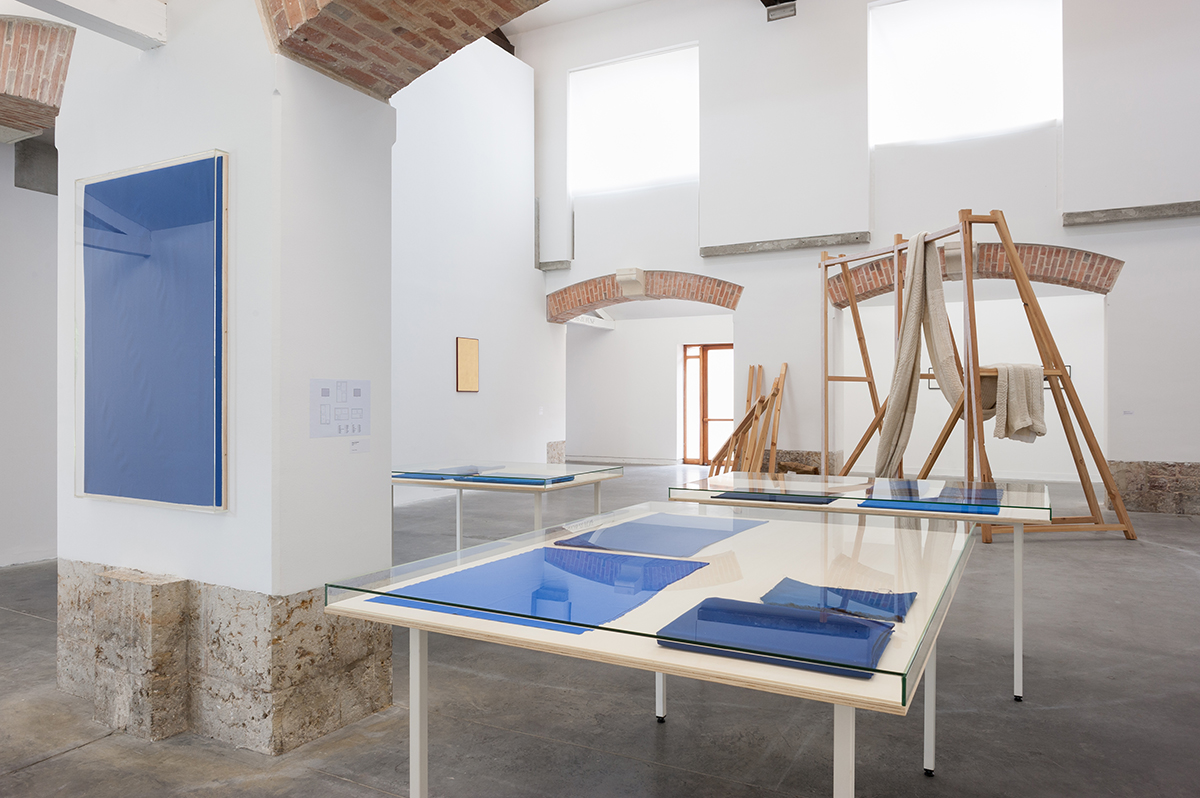 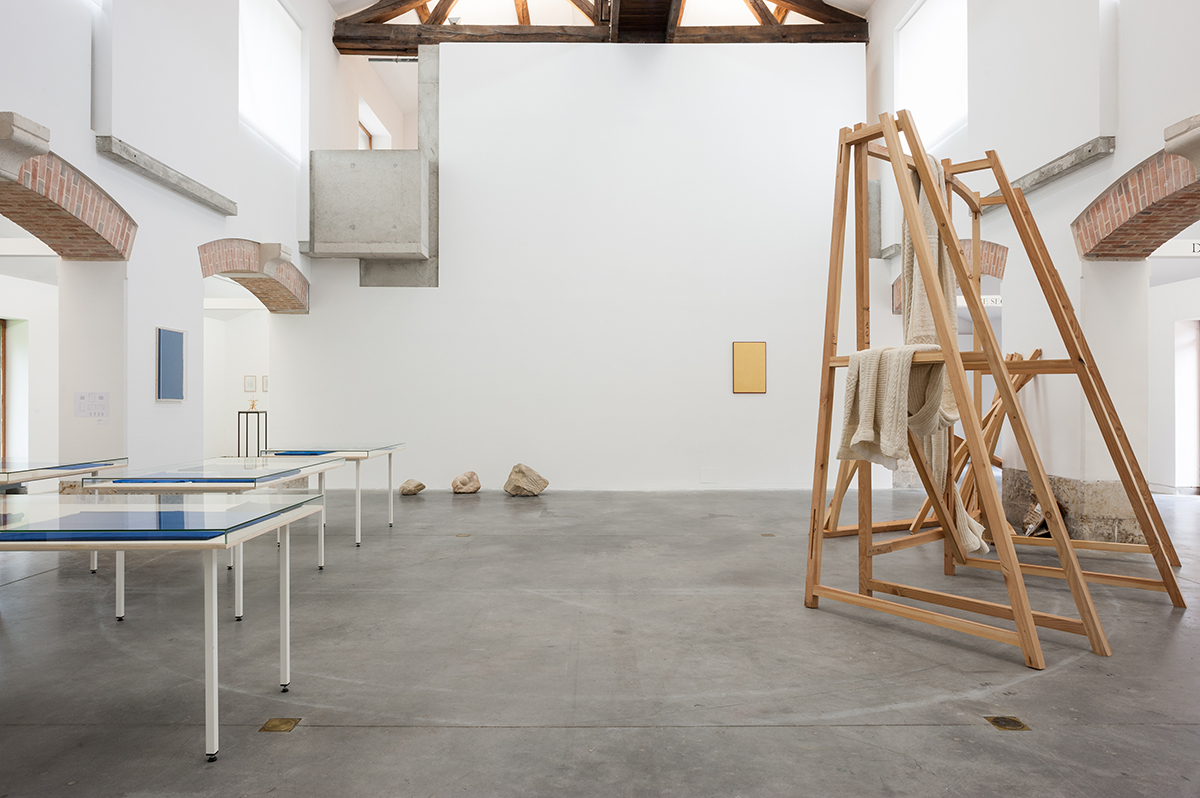 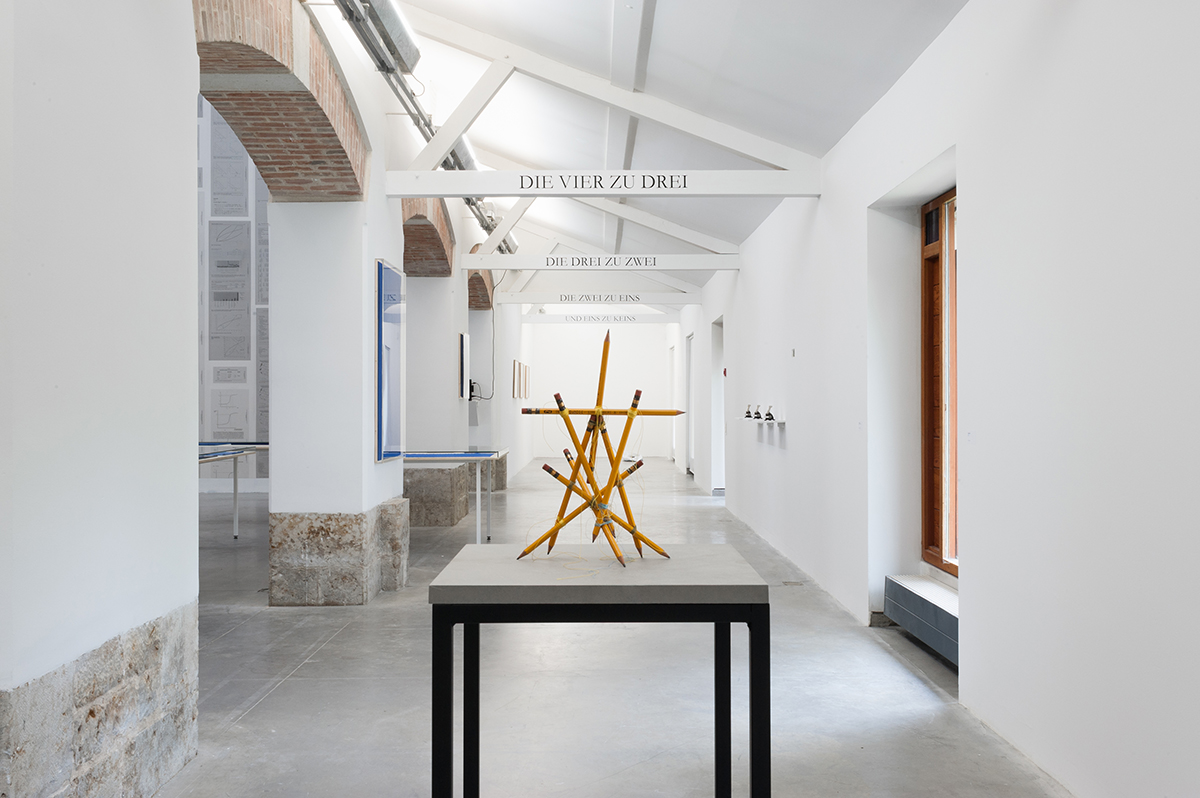 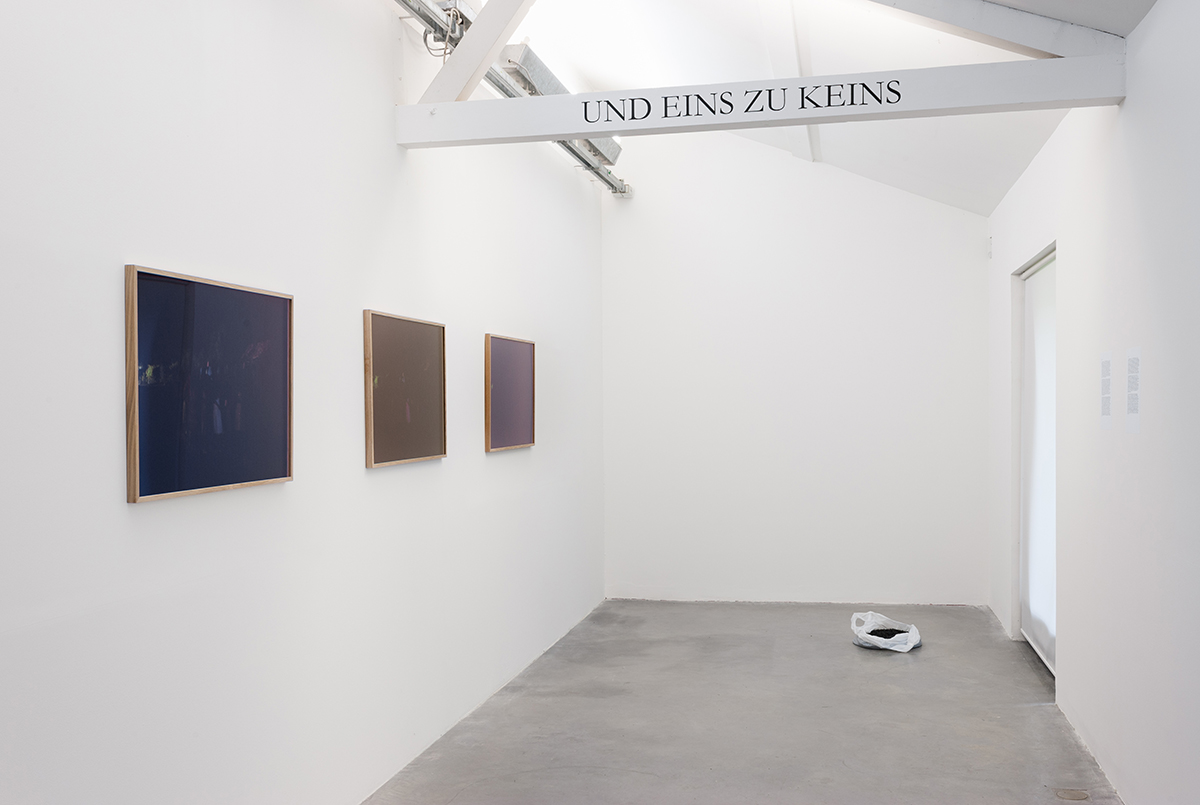 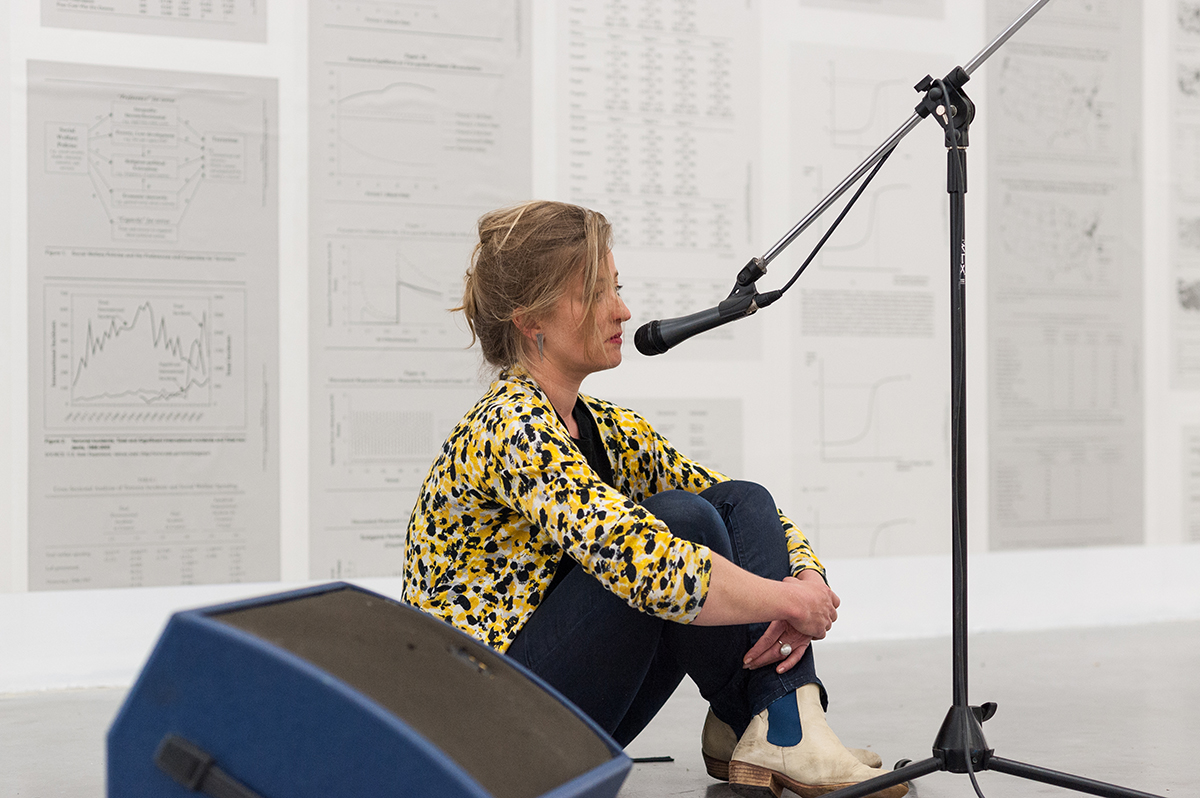 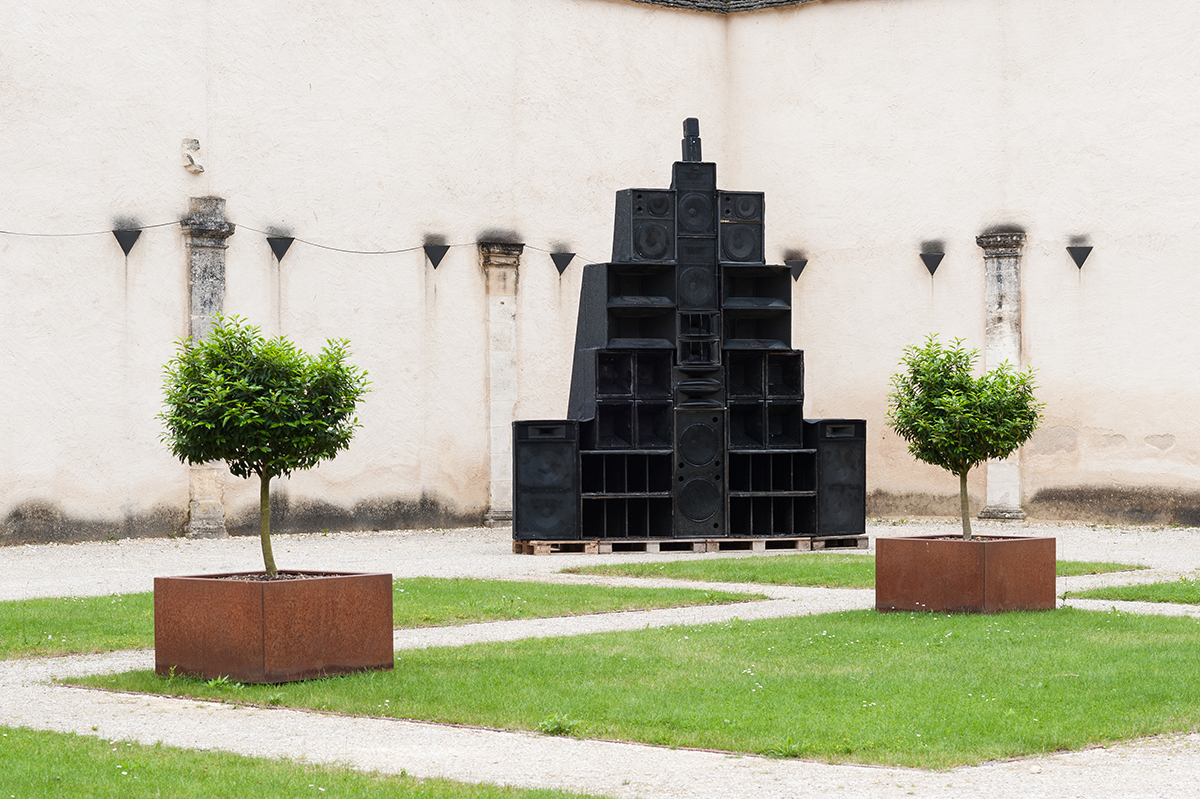 Nemanja Cvijanović, The Monument to the Memory of the Idea of the Internationale, 2010 - Photo : Émile Ouroumov

Through the works of some twenty artists from various countries and generations, along with a group of scientists, the show titled “Économie de la tension” (Tension Economy) aims to explore in what ways these practices take a stance on current issues.

The title of the show reappropriates the notion of the “attention economy” recently analyzed by the researcher Yves Citton in Pour une écologie de l’attention and L’Économie de l’attention. Nouvel horizon du capitalisme? (2014) According to this theory, in a world in which there is an overabundance of information, our attention regimes are henceforth characterized by intellectual availability as a scarce resource – at the risk of transforming minds into commodi ed capital. Far from being something recent, the observed phenomenon has only expanded with the Industrial Age, gradually becoming hegemonic with technological advances at a time when digital networks are widespread. It concerns such diverse spheres as the economy, advertising, the media, education, research, and culture, by focusing in a biased
way on a limited set of parameters and an obsession with the quantity rather than the quality of attention. “More broadly, each time an evaluation process is set up (of government services, hospitals, schools, etc.), that process contributes to actively producing the values it claims to be content to objectively observe, creating recursive loops that overwhelm our compasses.”1

What is art’s position with respect to this “attention race,” and what are artists’ role and degree of involvement in society?

In France, with the spring of 2016 we see a desire to reappropriate public affairs. Rede ning the participatory character of a democracy, this new awareness goes beyond the formal framework of traditional social movements. It takes shape notably around the popular protest movement known as “Nuit debout” (Up at Night), which has opened a new type of space for debates and proposals. The mistrust there of the mass media gives voice to a desire to renegotiate the eld of attention in the space of media, rethink the tools for analyzing society, and even create new ones that re ect a plurality of viewpoints.

It is interesting to compare this new societal desire with those in the eld of art. Not inaccurately a recent article entitled “Il se passe quelque chose… (sauf dans la culture)” 2 critiques the super cial commitment of and comfortable distance that is maintained by the art world in general and its institutions in particular—commitment and distance being given voice in statements that remain empty rhetoric.

The debate touching on the social function and usefulness of art is certainly nothing new. In particular, the 20th century witnessed a divergence between modernism, which defended the speci city of the esthetic domain, and the avant-gardes, which aimed to abolish the distinction between art and life. In the wake of this contrast, various practices were born, like institutional critique, and socially engaged or participatory art, whose effectiveness and legacy would be diluted against a backdrop of the exponential commodi cation of contemporary art. From another historical perspective, ironically the Eastern Bloc recognized the transformational character of art and its capacity to monopolize minds and hold one’s attention by their being enlisted in the service of propaganda.

In a rich, feverish intellectual climate, “Économie de la tension” would like to take back the production tool that is embodied by the art center as a platform for experimentation and a sound box for the plurality of viewpoints that de ne the art community. Thus, the show envisions the physical and symbolic space of the art center and the attention of its audience as devices for analysis and applying artistic strategies before the authority of political, cultural, or media discourses. Their partial enumeration —observation, examination, irony, deconstruction, resistance, in ltration, perturbation, imposture, and a quest for identity— implies a rift in the hierarchy of behaviors, a tension that has been introduced in the artistic, civic and political domains.

Nemanja Cvijanović
The Monument to the Memory of the Idea of the Internationale was on display at the Prieuré, La Charité-sur-Loire from 25 May to 28 August 2016.

CONVERSATIONS
Parc Saint Léger invites you to a series of talks on contemporary art, every Sunday at 4pm. As part of the series, two events are scheduled:

EX-TENSION
A special evening related to the show that is scheduled to take place at Parc Saint Léger:

Saturday 4 June
5pm:
OPEN STUDIO EVENT
Selket Chlupka and Nicholas Vargelis, artists in residency at the art center from March to May 2016.
8pm:
INTERVENTION-SCREENING
by Sébastien Rémy and Cyril Verde in connection with their ACME project.

WRITING WORKSHOP
Saturday 25 June from 10 am to 5 pm
HEADED BY PIERRE BASTIDE, A WORKSHOP FOR PARTICIPANTS TO WRITE FREELY ON THE PIECES FEATURED IN THE SHOW
Free admission, registration required (limited seating)

FAMILY WORKSHOP
Sunday 24 July at 3pm
TOUR OF THE SHOW FOLLOWED BY A WORKSHOP AND A SNACK
5-years-old and older.
Free admission, registration required

LECTURE
Thursday 15 September at 6:30pm
WITH IGOR GALLIGO
researcher with the Ministry of Culture and Communication (DREST) / EnsadLab