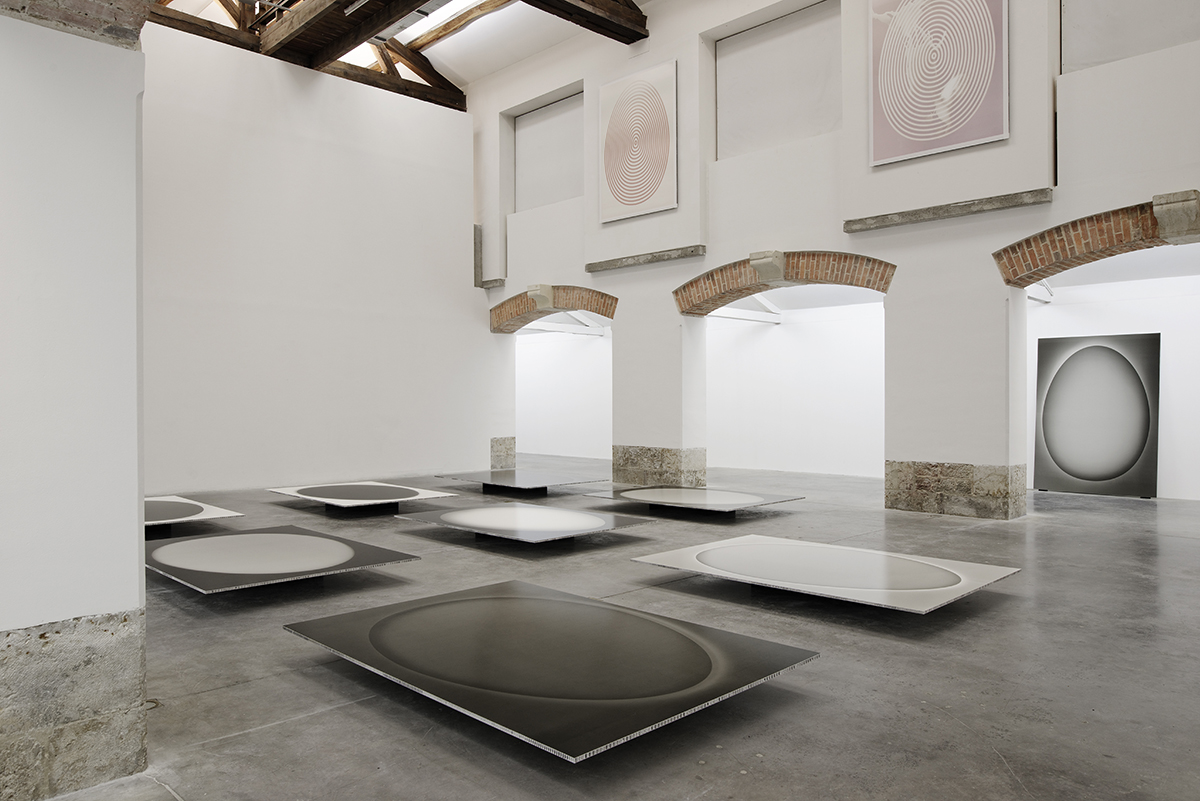 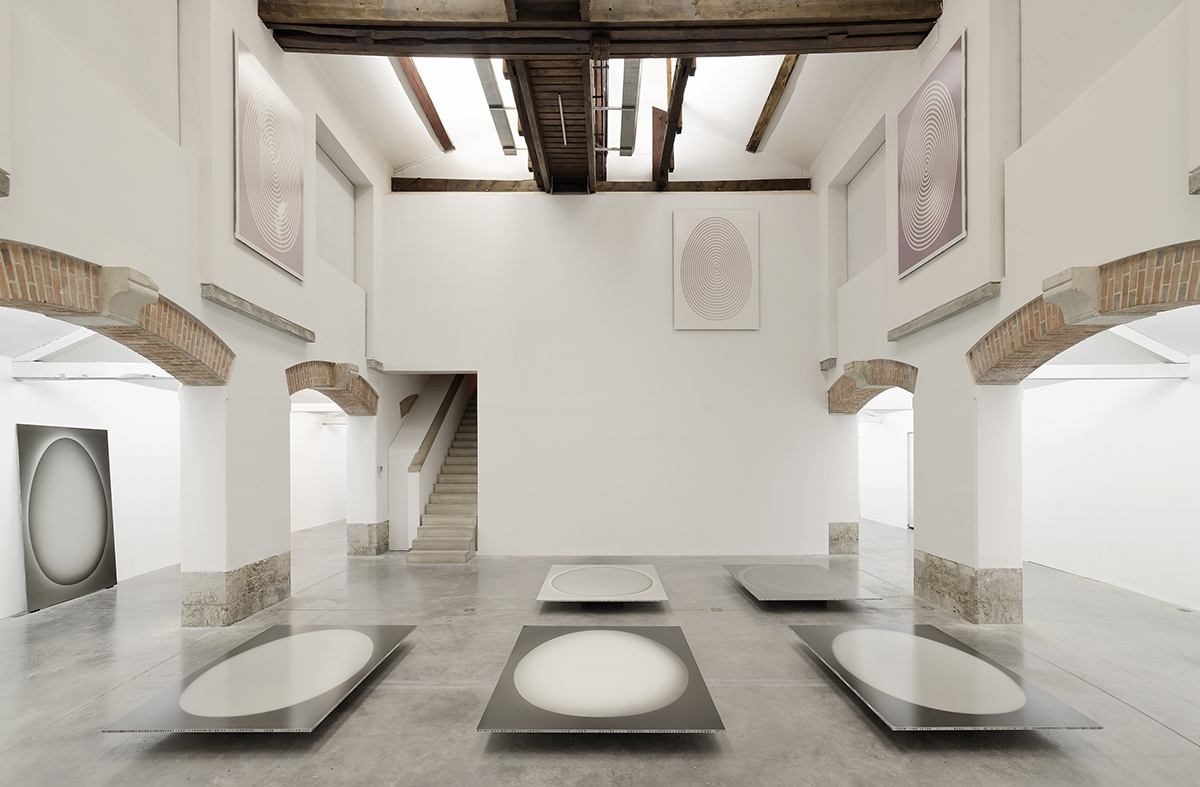 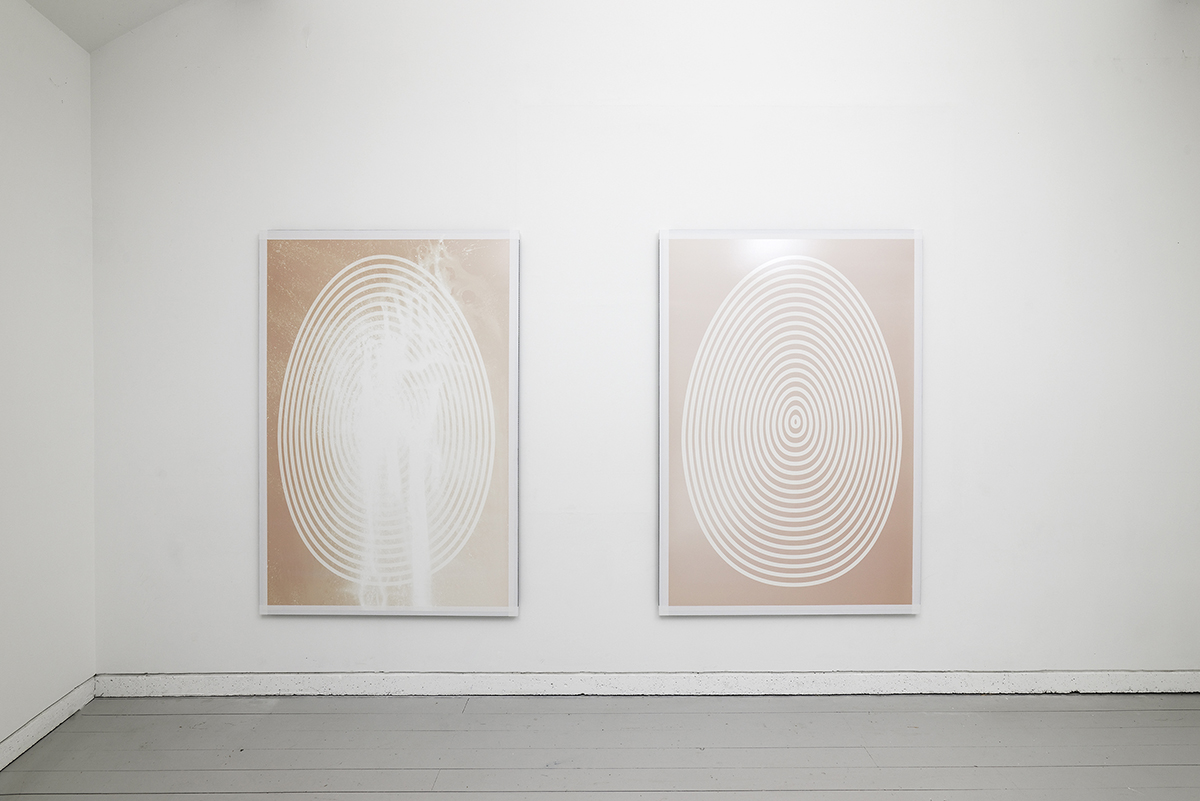 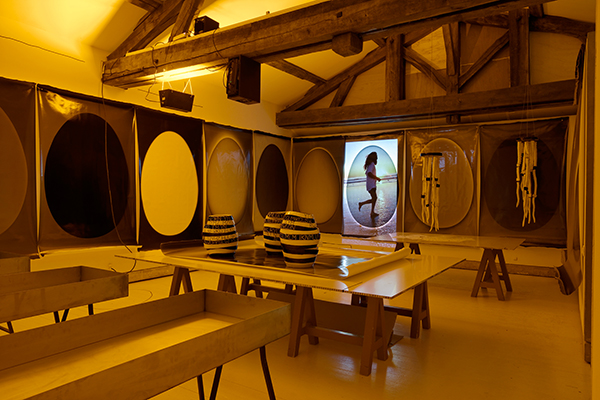 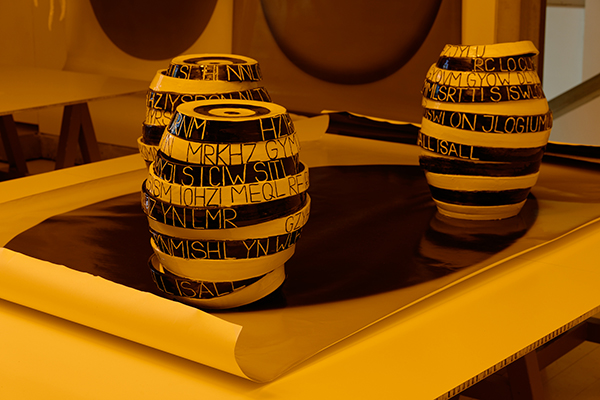 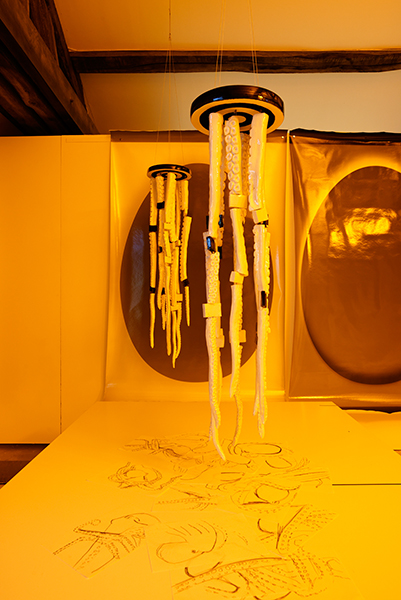 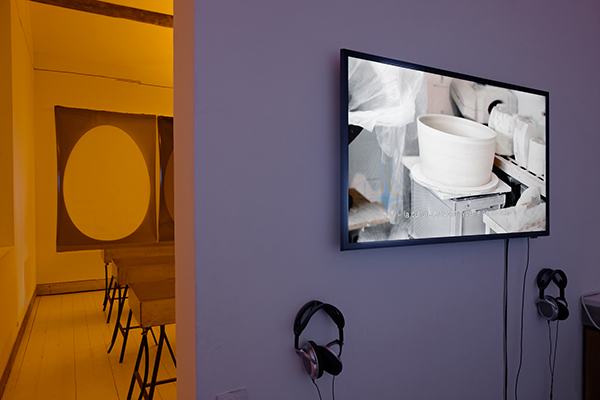 Parc Saint Léger is delighted to host the Swiss artist Fabian Marti for his first solo show in France. Using the art center literally as a residency and production site, Marti is setting up a darkroom in which he will create a series of new photograms that will constitute his core project. Following that phase of production, the studio will be transformed into an installation and exhibition space, highlighting his talent for staging his own work. While Marti’s art and exhibitions engage the eye and provide genuine visual pleasure, they also evince real skepticism. The title “J’ai dit : tais-toi accélérationniste !” (I said: be quiet, accelerationist!) sets the tone. From the start, the artist shouts us. To our eyes and ears he o ers a form of intensity that could be the main theme of his work while expressing doubts about its viability.

Marti produces images by all kinds of recording processes. Be they analog or digital originally, his images are retouched, manipulated, and scanned, while he ensures that the changes made to the original are visible and leaves traces of those very interventions. The motifs he employs spring from the history of art as well as the history of civilizations and popular art, and seem to form a fairly mysterious code. Marti is very interested in avant-garde artists, especially for their ability to go prospecting in the sciences, literature, or psychology. Their work points us to a moment when the goal of research was to sound perception and mental phenomena, along with the mysteries of our subconscious.

He suggests, for example, an interest in orphism, given his belief in art as a way of attaining a greater awareness of the world. This movement asserted that the world is governed by the universal laws of geometry, and therefore abstract art has the power to increase consciousness, where the image becomes the tool to reveal a hidden reality or supernatural mysteries.

Marti’s abstract and occasionally esoteric motifs reflect fields of research as varied as mysticism, occultism, and beatnik culture, which sought to expand consciousness and increase the possibilities of integrating forms of spirituality. This brings to mind the Californian artist Wallace Berman (1926-1976), who, with his verifax, took note of the in nite stream of images and saw art as a kind of sensitive plate—a spiritual exercise of reception and transmission of the world that aims to render the sacred banal and the quotidian sacred. More explicitly, Marti refers to the American writer Terence McKenna (1946-2000) and the theories he propounded on shamanism, psychotropic drugs and their role in society.

Marti questions us about the way these queries are considered while being constantly presented in the form of images within images within images, multiple mises en abyme. Can art still speak of the sacred, of consciousness, or is it merely the result of an operation of in nite borrowing and alteration? Although Marti takes care to always leave a trace or stamp of some sort on his works, and to show a powerful activity, the process of incorporating and reappropriating is always the locus of a dispossession, a questioning of everything and nothing.

And it is here that his title aptly resonates. “J’ai dit : tais-toi accélérationniste !” leads us towards the depths of skepticism and a new mise en abyme where everything becomes relative. Marti can be viewed as a genuine skeptic, an eternal seeker who is not against science and knowledge, but who shows solidarity with the development of physics and perception. It is a form of research that also leads him to question a movement or rather a constellation of thoughts that sees in the acceleration of technologies and progress a way of changing the world, not through transformation or revolution, but rather implosion.

Fabian Marti (1979) lives and works in Zurich and Los Angeles. He studied in the Department of Photography at the University of Applied Science and Arts, Zurich, from 2002 to 2006. Since then he has developed a protean oeuvre which includes ceramics, work on wood and exhibition design. He is constantly developing a collaborative mode of production either in his own artwork or his curatorial activities. He is among the founders of Zurich’s Hacienda art space, which he jointly runs with Oskar Weiss and Arthur Fink. His work has been extensively shown in Switzerland as well as abroad. His work has been featured in numerous institutions, including the Swiss Institute in New York (2010), Kunstverein Braunschweig (2012), the Kunsthalle Wien (2013), and the Witte de With in Amsterdam(2014).

The exhibition is supported by Pro Helvetia, swiss arts council.