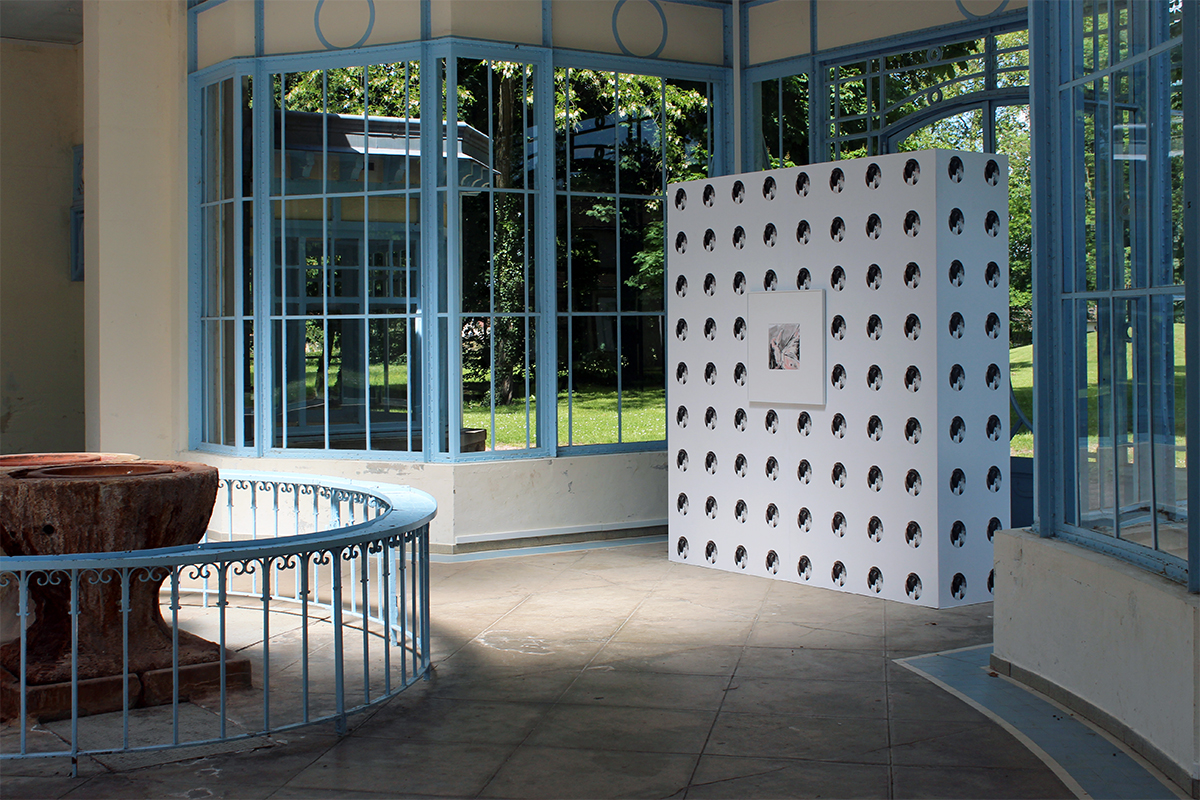 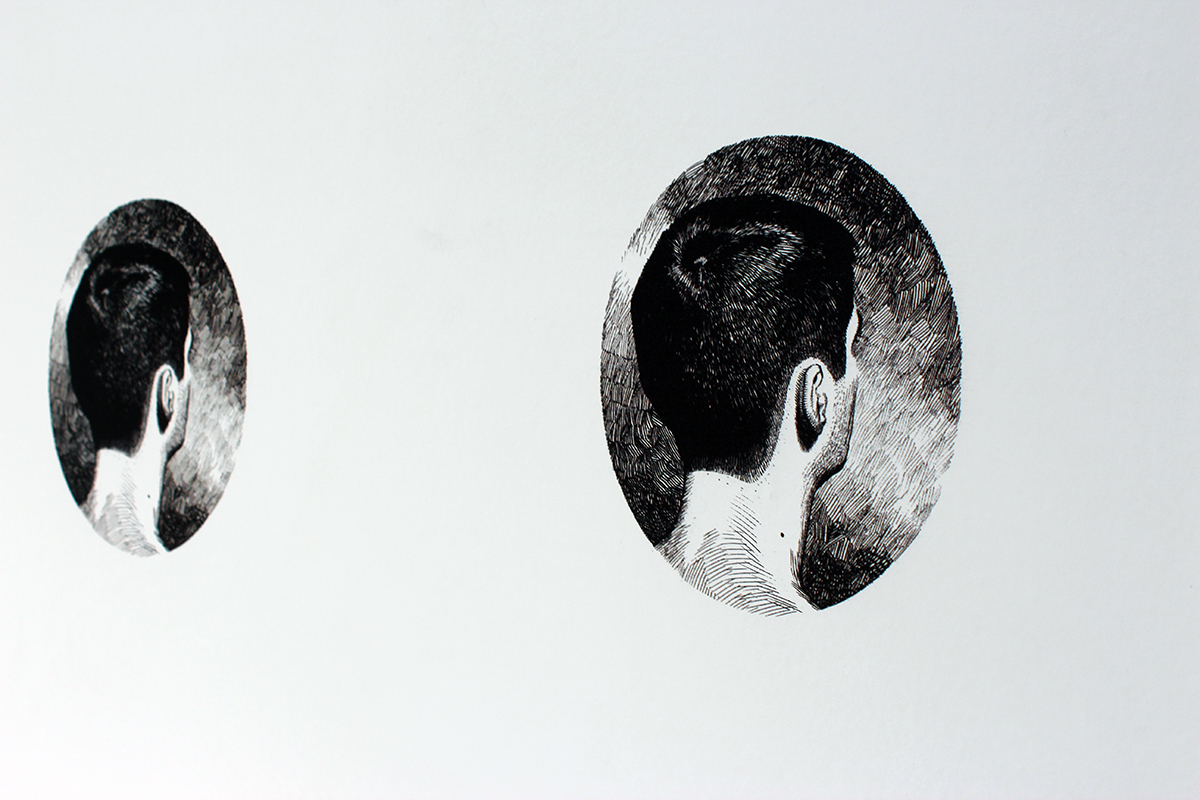 At the end of the three-month residency he spent at Parc Saint Léger, François Lancien-Guilberteau was invited to show his work in the Pavillon des Sources, which stands at the heart of the former spa in Pougues-les-Eaux. The artist took advantage of the invitation and the site’s particular architecture (without walls, or nearly, and open to the outside through large glass surfaces supported by a metal structure) to design and install a kind of exhibition wall covered with wallpaper featuring his portrait as a motif. But rather than looking at the viewer, this portrait created by the illustrator Nicolas Siner shows the back of the artist’s head in a medallion recalling the mirror that barbers hold up after a haircut. This presentation of the “I”—sometimes sublimated, as in a very “Studio Harcourt” self-portrait the artist exhibited at different public and private venues; and at other times ridiculed—is central to Lancien-Guilberteau’s practice. More than a narcissistic need, this recurrent presence of his image comes to metaphorize in his work the spatial and social connections that human beings maintain in their search for originality in collective values. His frequent use of photography and borrowing of professional techniques (studio shots using artificial lighting) put the images the artist generates in a register that borders on advertising and in which the material qualities of the subjects are glorified.