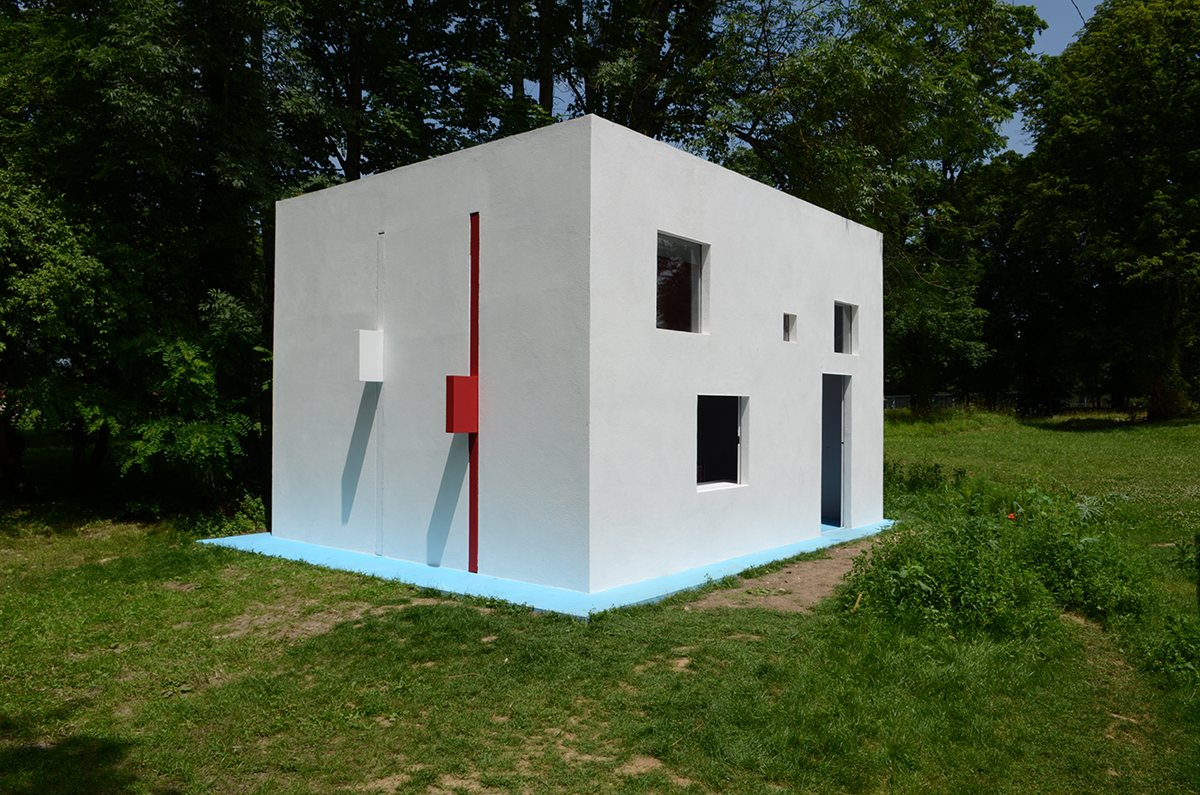 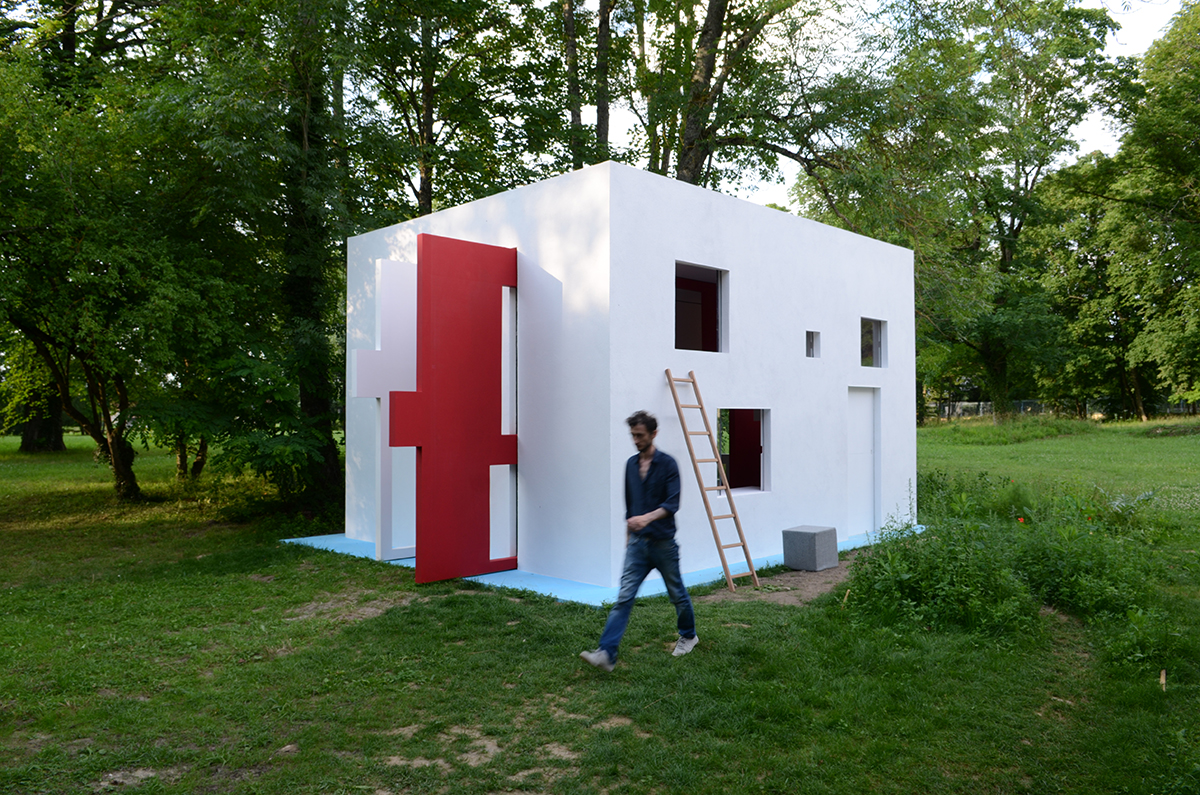 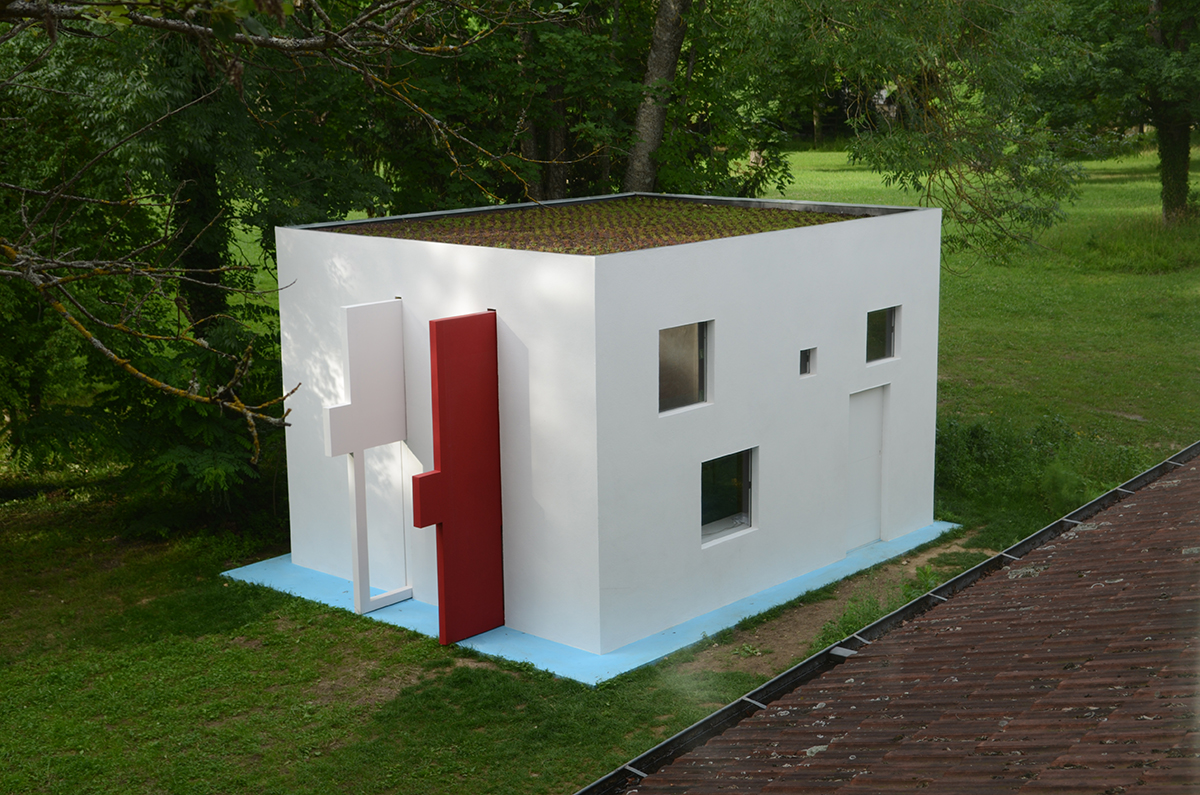 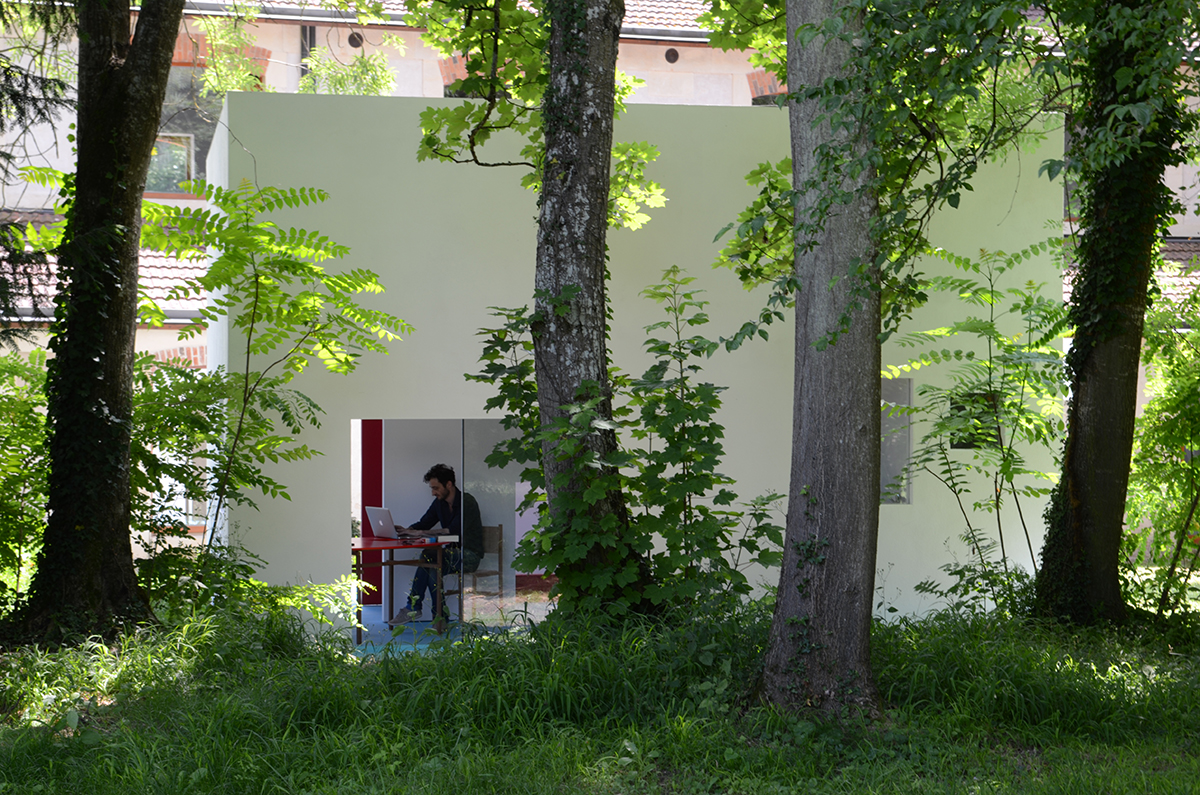 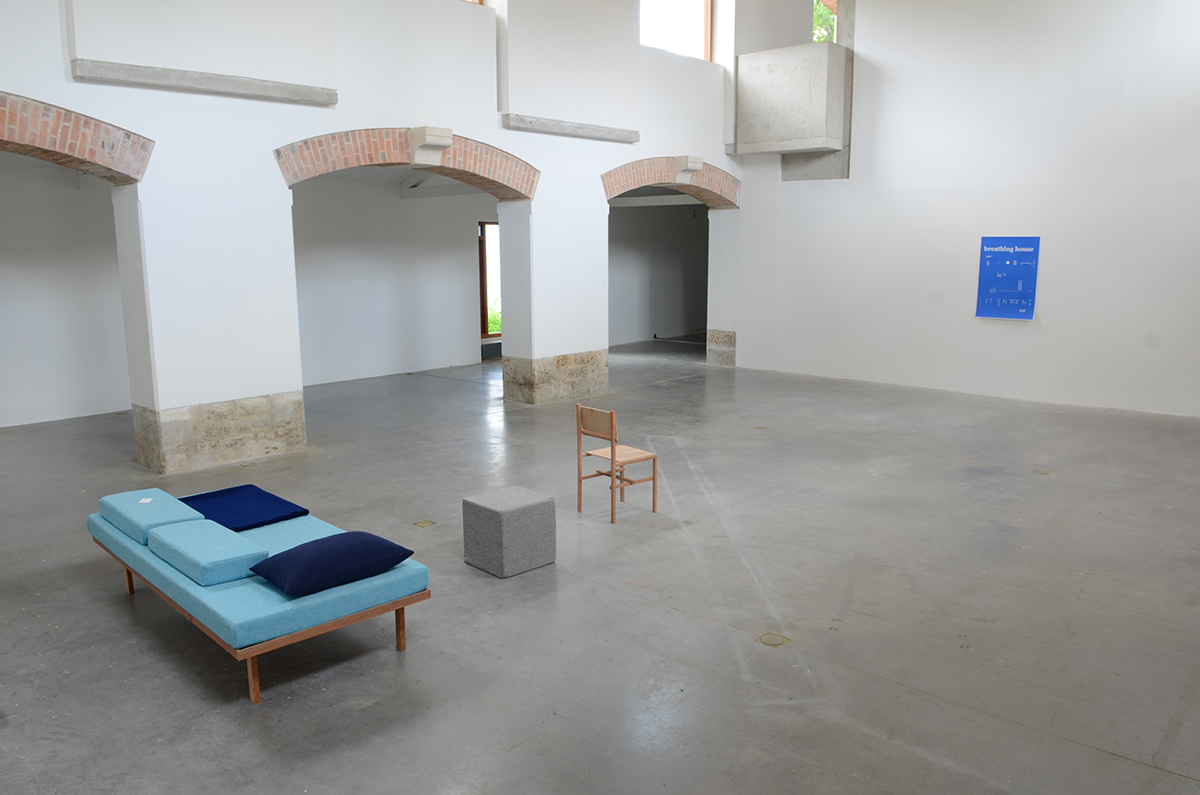 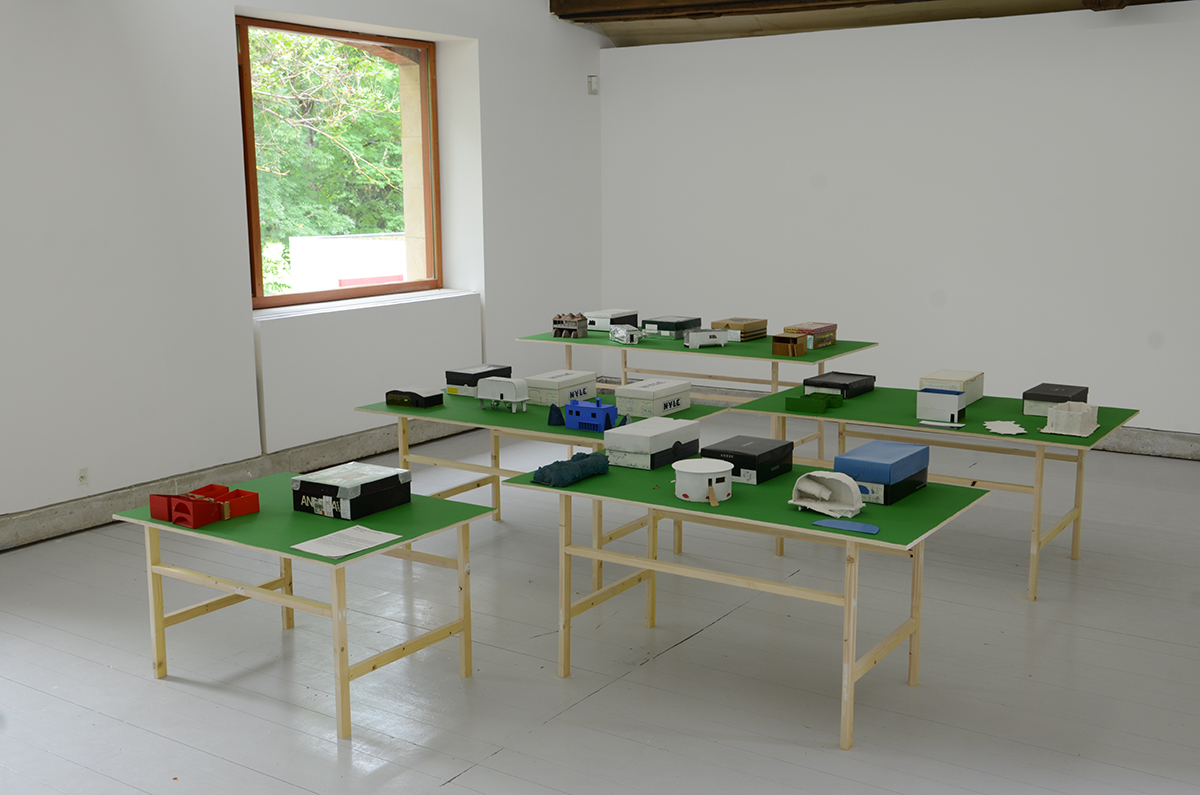 Having worked rst in Los Angeles, before settling in Berlin, Jean-Pascal Flavien’s practice has as its point of departure the design and construction of houses, which in turn become platforms for other works. His projects embrace a plurality of mediums, including drawing, video, performance, writing or book publishing.

Thought out and designed as functional habitations, each house sets up, by way of a pre-determined relationship between the space and its occupants, a singular living situation. To this date, three houses have been completed: the viewer in Rio de Janeiro in 2007, the no drama house in Berlin in 2009 and the two persons house in Sao Paulo in 2010. The internal organization of these houses is designed in relation to a given living situation which is also embedded into the architectural layout. This situation, in turn, demands of the inhabitants of these houses to invent gestures, movements, activities, and thoughts in response both to the space and to the situation which it sets forth. Flavien lives in his houses, works in them, invites friends to stay in them… The houses are built to last for several years and are occupied intermittently. In each case, the very fact of living in the house (and by extension of experiencing that which the house produces for its occupants) in and of itself validates the artist’s claim that it is only by means of this lived experience that his work is activated and actualized.

For his project at the Parc Saint Léger, breathing house, la maison respire, the artist sets up a new situation in his work: designing and placing a house parallel to the exhibition space and imagining situations, usages, breathing movements between these two spaces, which are deployed by means of various exchanges between the two spaces.

First, relations of time: the project breathing house, la maison respire consists on the one hand of the exhibition that goes from June 30 to September 16, 2012 and secondly consists of the house itself, whose presence at Parc Saint Léger will unfold over a period of one year. In its operating principle, the house therefore includes the exhibition as a temporary extension of its space. The project is experienced in three stages – before, during and after the exhibition – all of which give rise to a specific production. Before: the artist lives in the house, during which he will de ne and determine its relationship to the exhibition space. During: the artist will invite persons close to him and to his work (including artists, curators and art historians) to live in the house, offering them to be involved in his project and to test its autonomy – guests can spend a few days or work on a personal project or decide to respond more directly to the project – with the only assignment of leaving behind a testimonial of their experience in the form of a text or of the documentation of an an activity.

After: the relationship of the house to the exhibition having disappeared, what will remain of this exchange will be the traces of its impact on the house. All the contributions will then be collected in the form of a publication by Devonian Press, a common practice of the artist who has de ned these publications as a constitutive part of his work practice.

Second, relations of space: What emerges at this point are the host of spatial and interspatial relationships which this project exposes. The house is juxtaposed to the exhibition space and allows for comings and goings from one space to the other in the way of a breathing in time, a movement back and forth in space. The house is set forth as a series of successive lters placed in parallel to the exhibition space, the space of the house being subdivided by two movable partitions segmenting the activities that takes place within it: living/sleeping/working. These sliding walls are perforated by openings, porous to passages. When moving they unsettle the viewer’s gaze, and modify the perspectival axes, allowing for objects, activities and people to move from one space to another, creating links, and couplings between the different activities taking place in both spaces: sleeping/working, sleeping/exhibiting, living/exhibiting, etc.. These movements are the movements of breathing, a migration of ideas as much as of objects. What does it mean to pass an object from a work space to a sleeping space – especially when you consider sleep as a work space for the dream ? What does it mean to move a table from the house so as to have lunch in the exhibition space ? Can a type of object take form from this situation ? The challenge of the breathing house is not to de ne or delimit all these elds but to question and rebuild relationships between spaces, and further, to postulate an artistic process that includes and produces moments of latency, sleep and exchanges.

From the summer, many people are invited to experience the house in its relationship with itself and the exhibition area, and to inhabit the house: