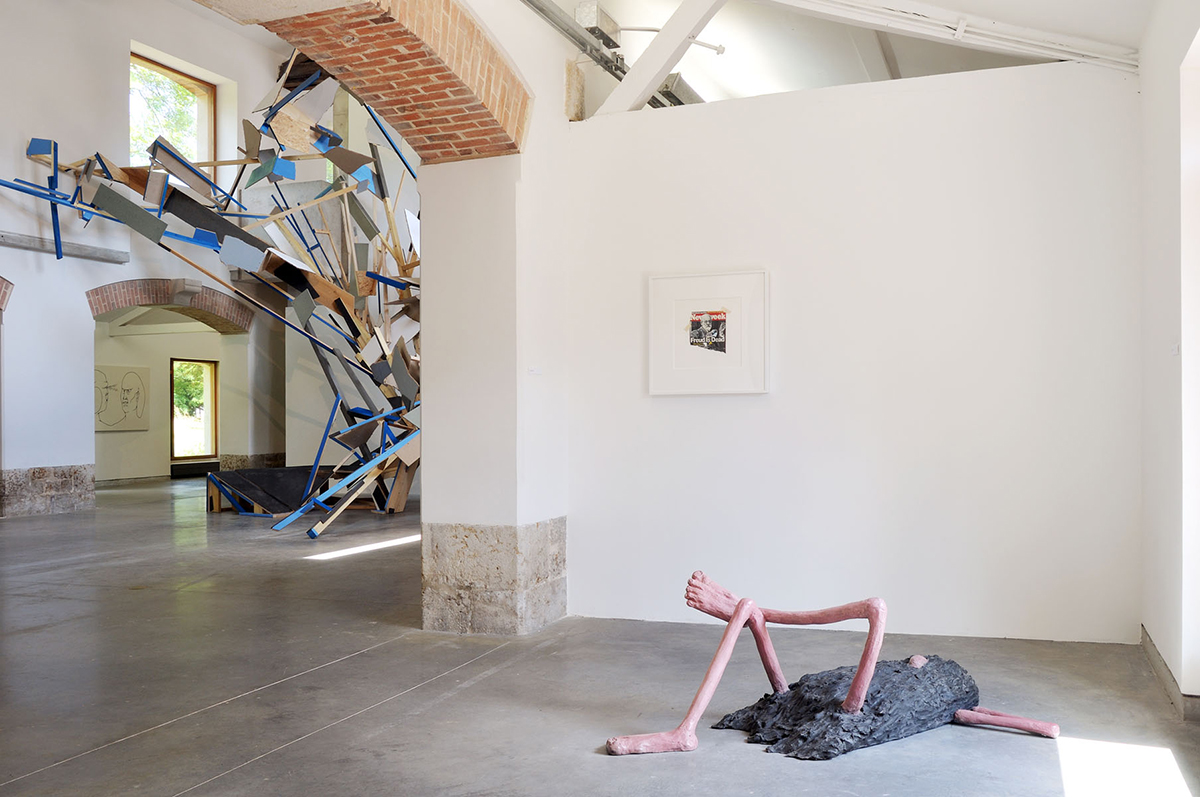 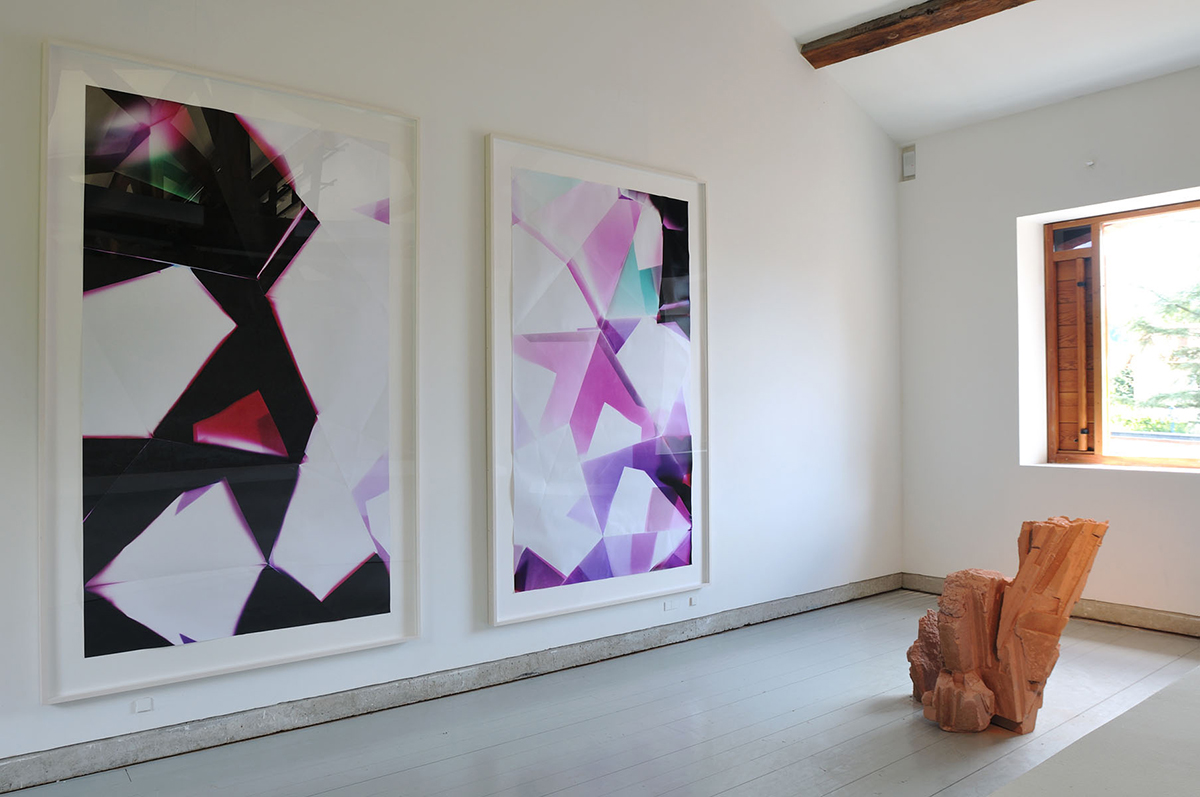 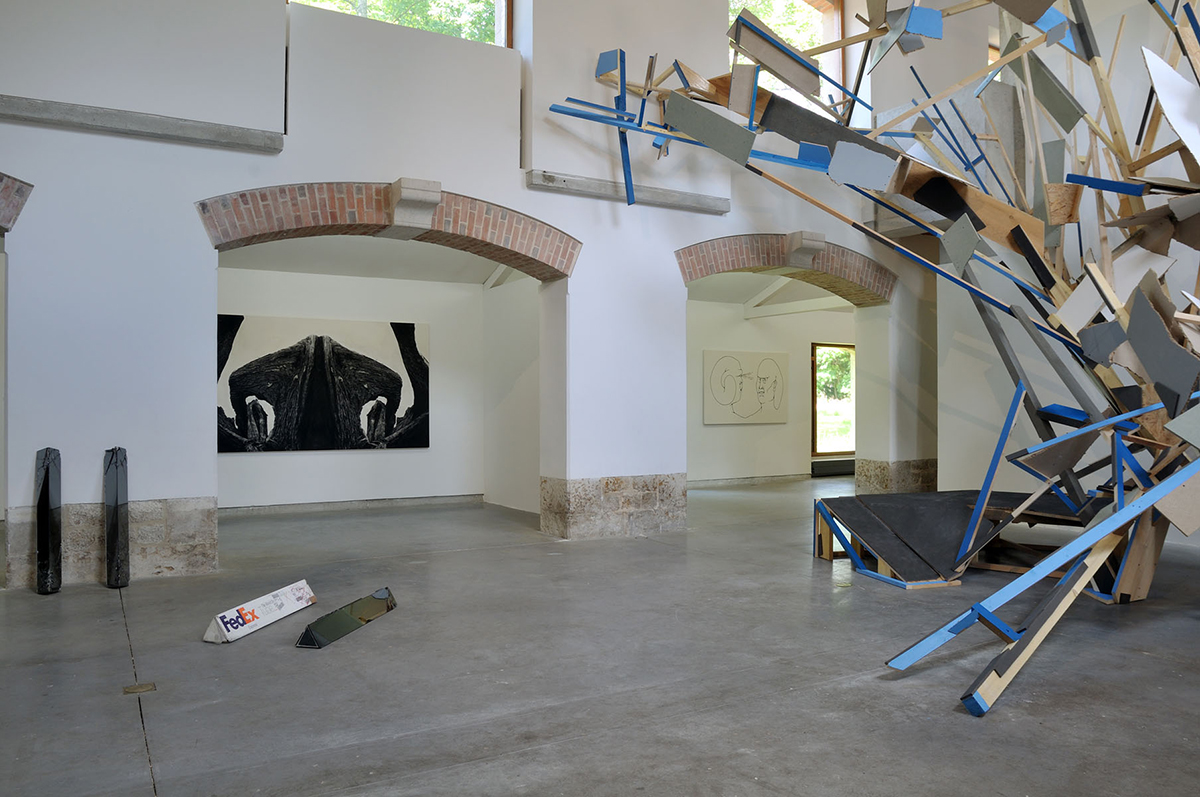 It is impossible to create an exhibition that provides a view of the Los Angeles arts scene – even a partial and subjective one – without talking about the city itself. Its historical, urban, cultural, social and economic data has profoundly influenced the practice of artists from the “West Coast” and it is likely that the opposite is also true, since here more than anywhere, the artists – understood in the broad sense of the term – fashion the city and the image that it gives itself. A city that is both adored and disparaged for its diversity, heterogeneity, industry and shortcomings, Los Angeles defies classification. This impression does not necessarily stem from experience, but from the prism of a fictionalised reality: Hollywood, TV series, bimbos and big gas-guzzling cars, but also the chaos of traffic, the riots in the suburbs, and the earthquakes that the world only receives echoes of through the heady images perpetually broadcast on CNN.
Los Angeles, land of fantasies and cliché, is uncontestably a reservoir of models to appropriate or subvert for the artists who live there. Welcome to a unique world in which a culture of exacerbated entertainment, magnificently symbolised by Hollywood, coexists with an underground culture in a particularly upbeat mix – the counter-culture that emerged in the sixties and whose (involuntary) emissaries were, in their time, Kerouac and Burroughs, among others.
Devoting an exhibition to the artists of Los Angeles is not a new idea. Nonetheless, by passing through the prism of the myths, projections and representations that one can make of it, and especially the way in which these projections structure an artistic scene, this project aims to overthrow the proposition and offer a “confidential” point of view of a city and its arts scene. The artists chosen do not all come from Los Angeles and do not claim to represent it. We already know something about the Los Angeles arts scene, namely thanks to the exhibition at the Pompidou Centre in 2007 and to the work of certain museums who have contributed to the consecration of the most well-known artists, but never before in France has an exhibition provided a considerable “local snapshot” (international by nature) by drawing together “a group of artists from Los Angeles” that clearly anticipates any form of simplification. Some of them are well established in Los Angeles (and were notably present at the most recent Whitney Biennial) but are still little known or unknown in France. Others are considered back home to be emerging artists.
How do we pass from “myth” to “confidential”? There is nothing more static than a myth, the trap for the unwary into which, it seems, the artists selected for this exhibition do not fall. If this exhibition offers a transition from the semantic field of the myth to that of confidentiality, it is in order to place greater emphasis on one of the strengths of this artistic scene: its ability to replay and thwart the trappings of Hollywood fake flamboyantly and comically, as well as those of a stale nostalgia, related to the golden age of the counter-culture. What if this geographically defined exhibition was no more than a pretext? Our intuition is that today, 10 000 kilometres away from us, part of our modernity is at stake, and the questions being asked there, in all of their extravagance and excessiveness, will find, we hope, an echo here.

* Sandra Patron is the director of the Parc Saint Léger – Centre d’Art Contemporain. Allyson Spellacy is an Irish artist who has lived in Los Angeles since 2002 where, in addition to her work at Gagosian Gallery, she is the founder of the Angela Hanley Gallery, an alternative gallery located in the downtown area.