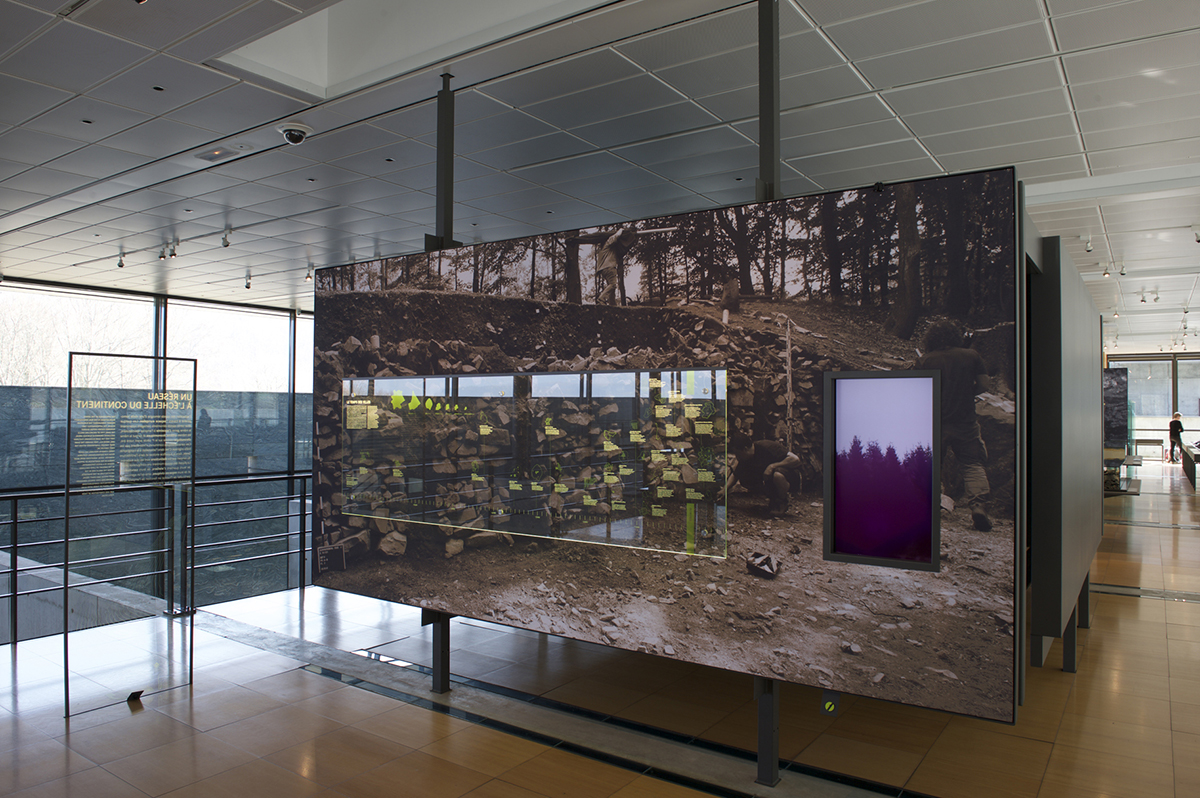 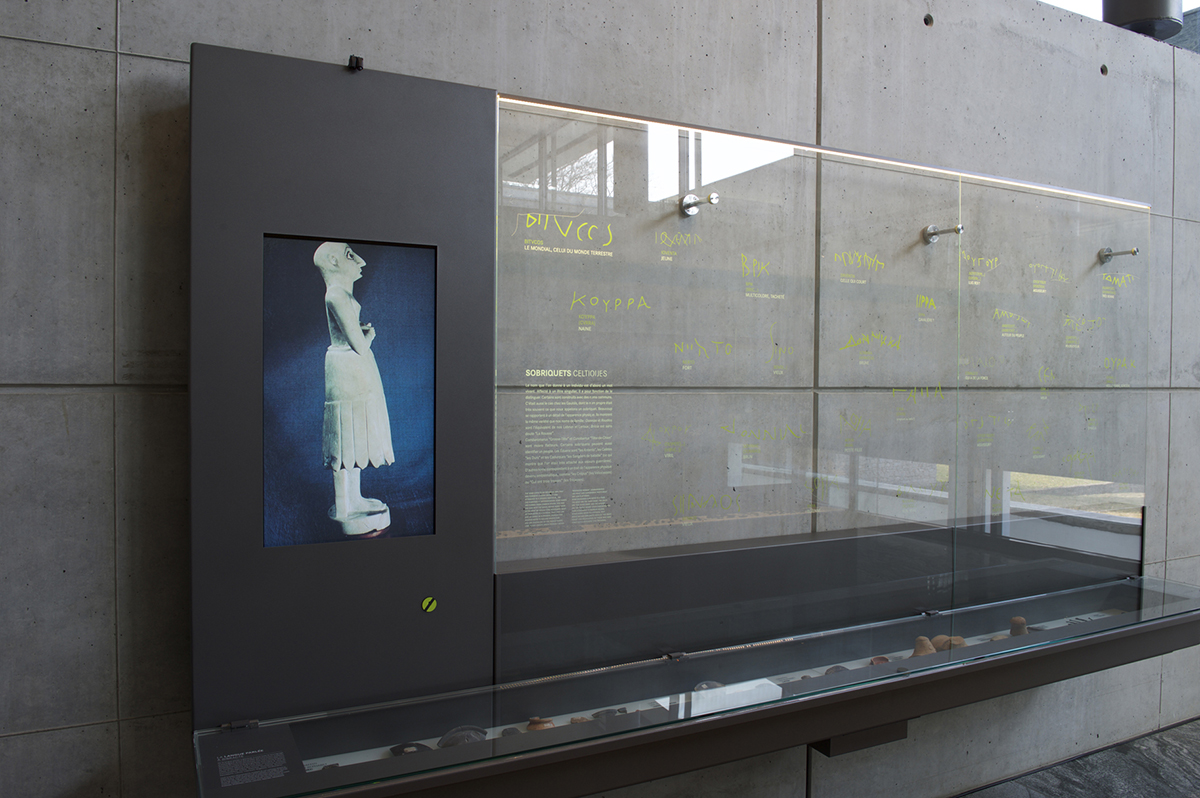 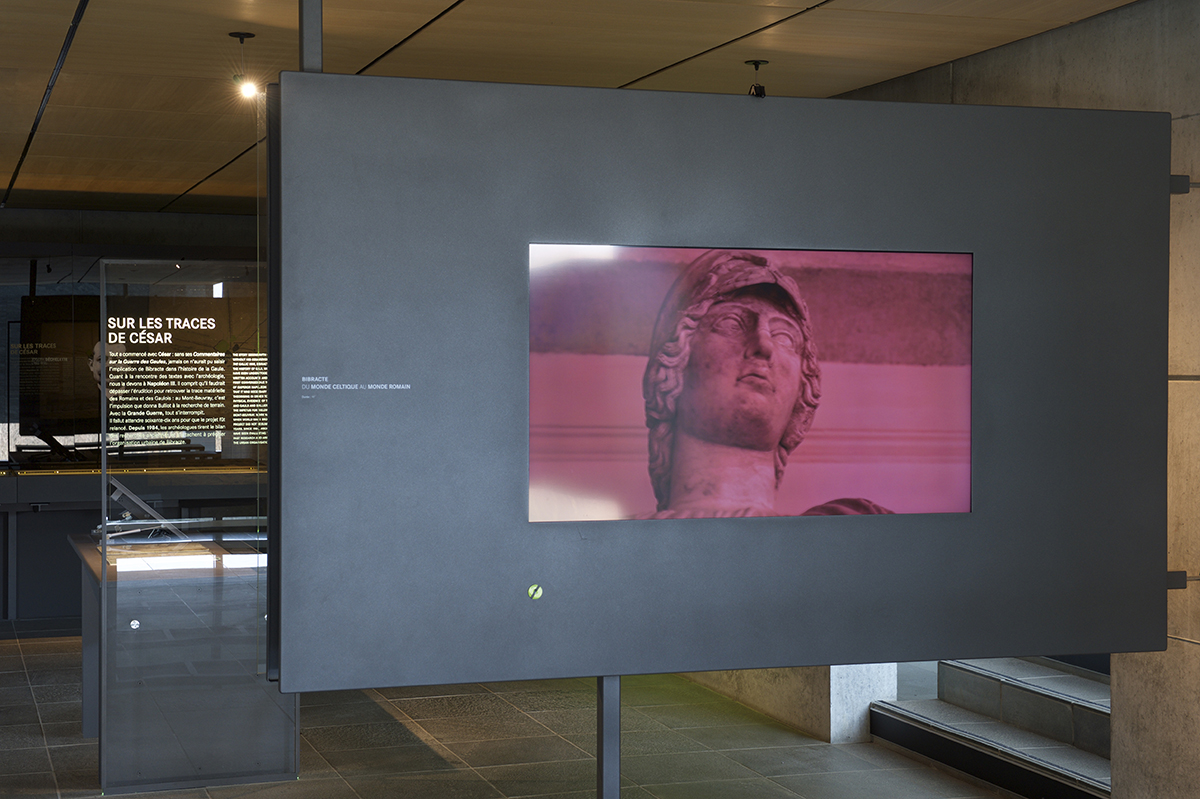 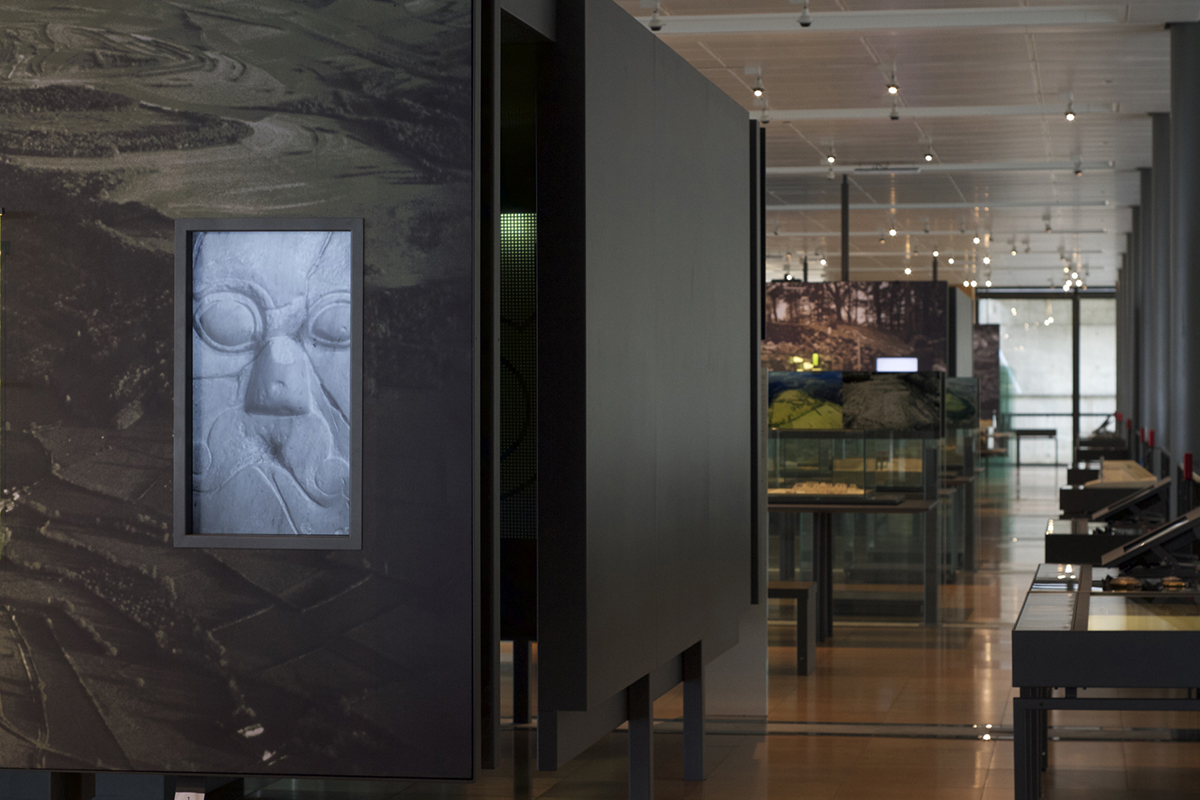 Residency and exhibition
from June 2014 to September 2015

Home to a number of institutions including the Museum of Celtic Civilization and a European Archeological Center, the Bibracte oppidum is the focus of a vast multidisciplinary program of research that draws on the skills and knowledge of some thirty researchers in residence. They are studying how this town, representative of Celtic civilization in its waning years, developed and functioned from day to day. Bibracte is a lively place where every language can be heard it seems, and all kinds of specialists, students and researchers are living in close contact or crossing paths every day.

This context spurred us to create a research residency for artists that would bring together the investigative methods of archeologists and those of contemporary art. In 2012 Mathieu Carmona and Yann Desfougères, and 2013 Jérémie Gindre, came to drink at the spring that is Bibracte.

We have continued our experiment in 2014 with the artist Manon Recordon, who will settle in at the research center starting in June. Born in 1985, Recordon is a graduate of the École nationale supérieure des Beaux-arts of Paris and has just completed a residency at the Villa Medici in Rome. Cofounder of the review Mercure, he practices an art that clearly and consciously cuts across history, disciplines and media to produce an alternative, personal understanding.

In his installations and videos then, Recordon mixes multiple visual sources. For the viewer, this documentation forms a play of narratives made up of interlocking fragments. By superimposing centuries of societies and representations in a series of strata, it offers a panoptic view of history. “Through history I reinterpret reality, associating figures from the past with our own historical period. What I want here is not only to stick to the photographed subject but to make reality and the imaginary coexist.”

Landscape is the annual working theme at Bibracte, and we are especially interested in the question of the more or less visible inscriptions of history in the Mont Beuvray countryside. Landscape in Recordon’s work is found side by side with archival images or scenes in films that function according to a style of editing in which meaning is generated between the images and takes shape in the gaps and blanks. The Bibracte site, which is itself trans-historical, will be a rich source for the artist from which to draw material for one or more films.

“Everywhere a ray of sun strikes on a darkened door.”
Two encounters with Manon Recordon at Bibracte Museum.

During two exceptional evenings, Manon Recordon will present her videos in the museum’s permanent exhibition space, as a temporary display that falls between history and the imagination.

And throughout 2015, come and discover at Bibracte Museum the artist’s video Alors sur la plaque sensible tout le paysage s’inscrira (Then on the Sensitive Plate the Whole Landscape Will be Inscribed), produced in partnership with Parc Saint-Léger – Extra Muros.

Manon Recordon produced this video during her residency at Bibracte Museum and while prospecting on Mont Beuvray and in the Morvan countryside. This visual archeologist starts from localized on-site observations: she samples fragments of landscape, studies them and puts them in perspective. In her laboratory, during the montage, the images collected in situ are contrasted with others, weaving a dialog between places and times marked by the ubiquitous presence of archeology and ancient artifacts.