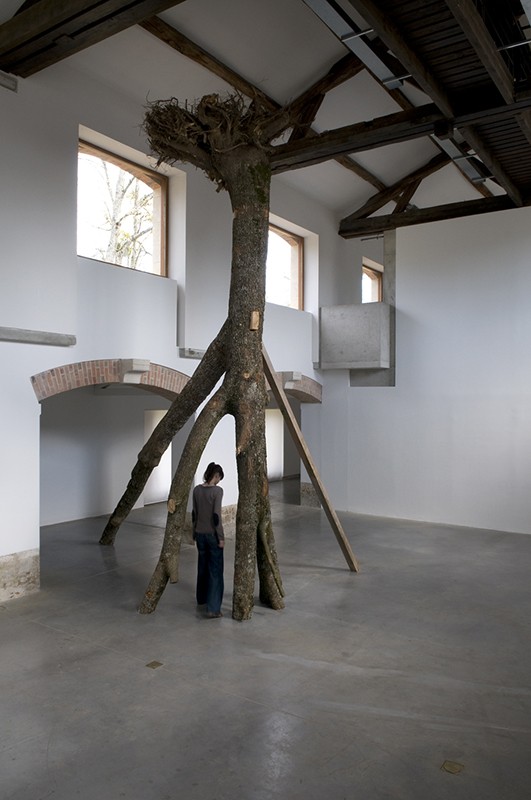 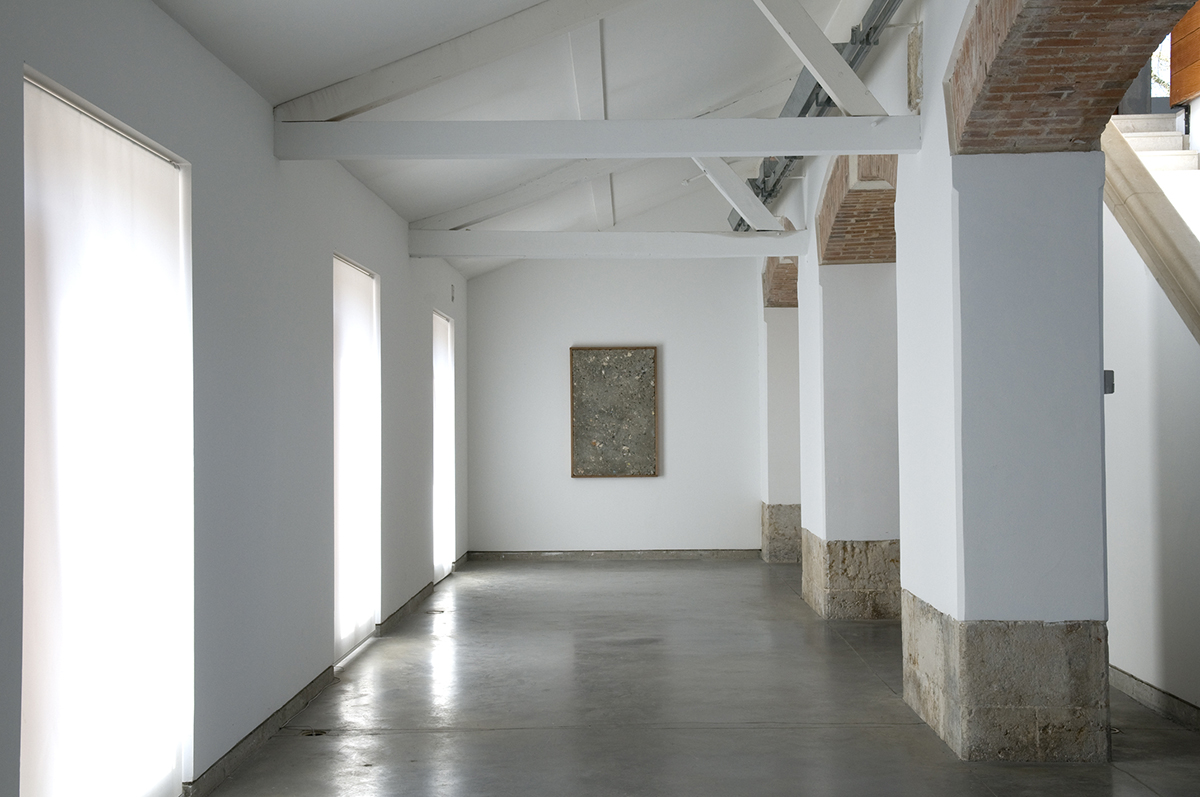 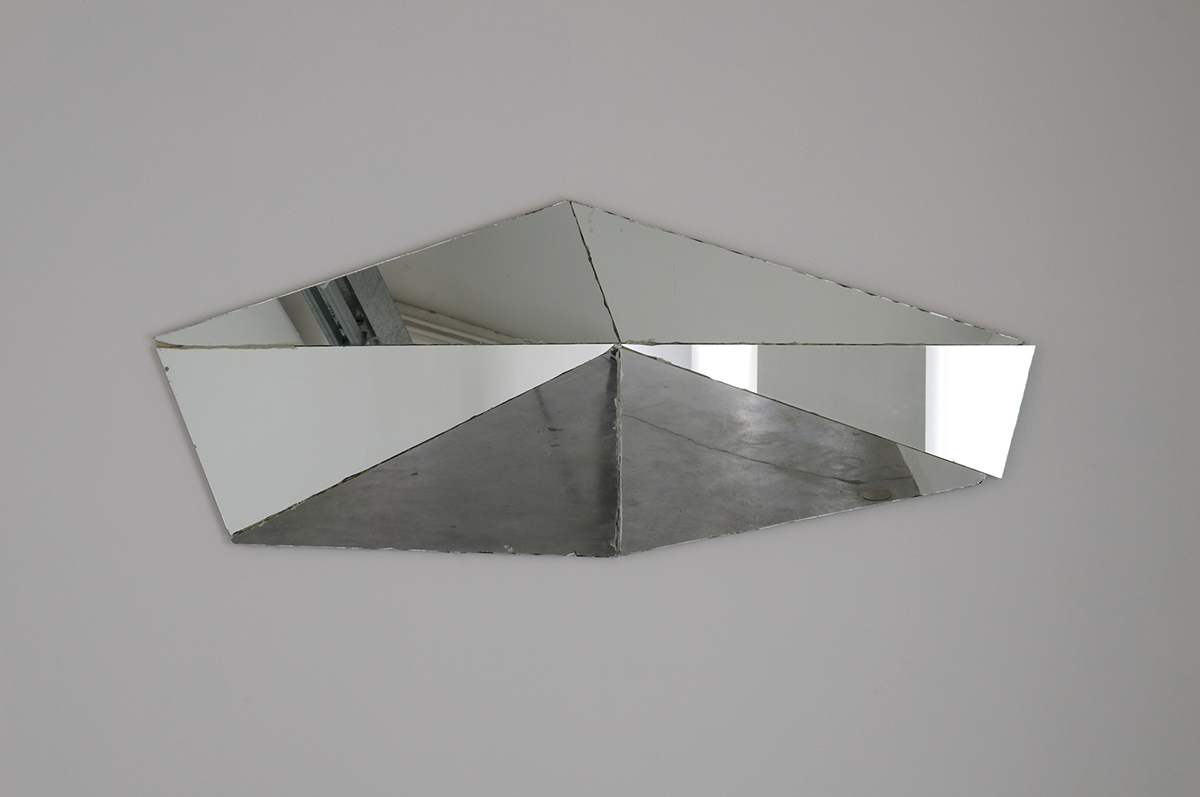 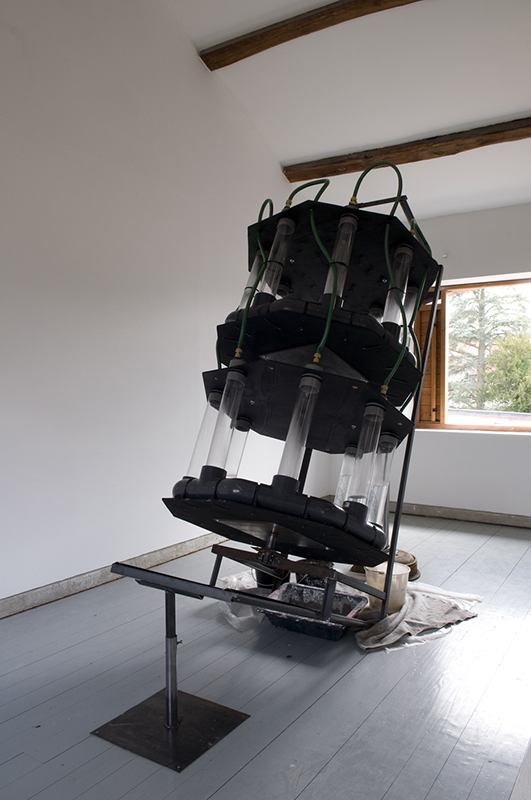 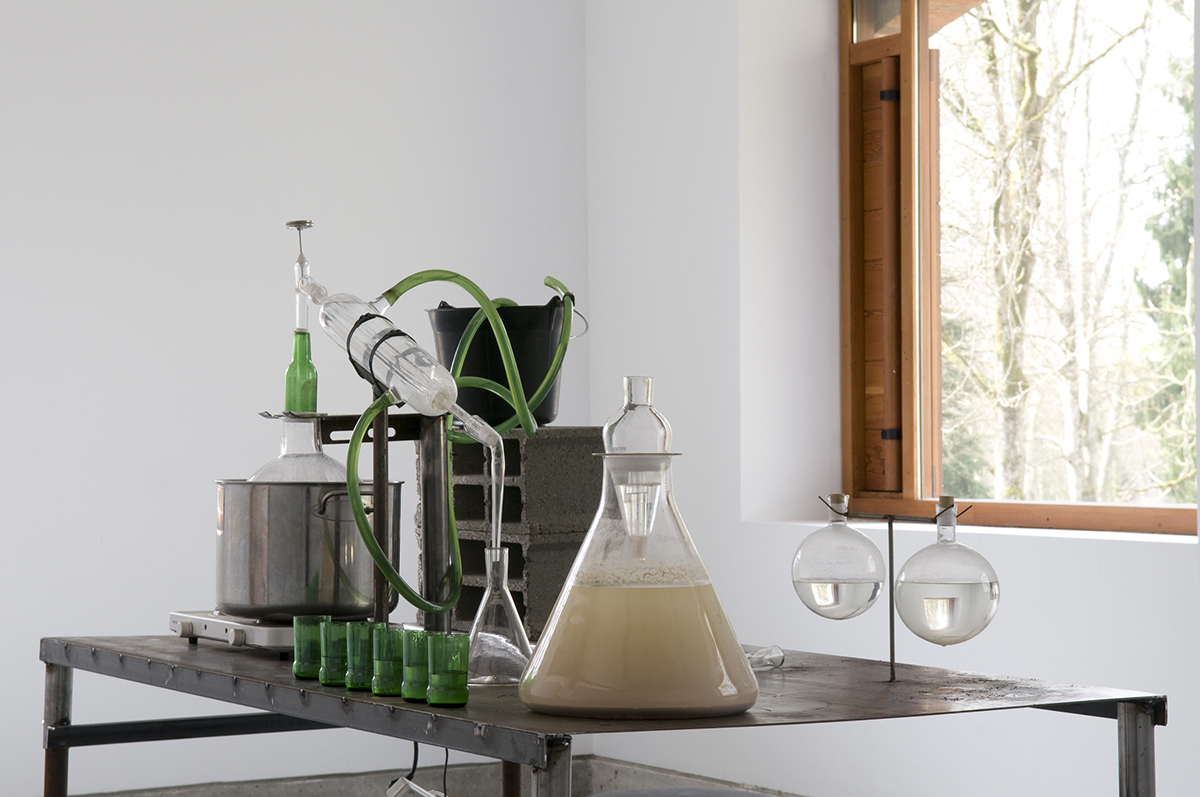 IT WAS ONE OF MY BEST COMES

When Oscar Tuazon was invited to devise a solo exhibition at the Parc Saint Léger, he quickly suggested a partnership with his brother Eli Hansen. There was nothing surprising about this, since the most diverse forms of collaboration enrich the work of this American artist, born in Seattle in 1975 and living in Paris since 2007. He is notably the co-founder of the Parisian collective Castillo Corales, and he deploys and sustains his artistic practice through publications, writing and curatorship.

One of the two brothers’ most remarkable collaborations to date took place at the Seattle Art Museum in 2008. When invited to exhibit in a room at the museum, the two artists chose to base their intervention 3 000 kilometres from there, on Kodiak Island in Alaska. There, they created a precarious habitat made of recycled materials and natural elements found on site. At the museum, they installed fragments of this architecture, like so many evocations of an ‘elsewhere’ where their desire for emancipation was manifest and where, freed of all social constraints, they would reinvent their everyday life in a utopian, uplifting way.
This project offers a true summation of Oscar Tuazon’s preoccupations: his fascination for DIY (Do It Yourself) practice, his interest in subverting materials and places from their original functions, his physical investment – almost performative – in the production of his sculptures, and beyond this, the way in which his artistic project is based on and sustained by his personal projects in life.
It is not easy to evoke an exhibition project by Oscar Tuazon very far in advance. The creation of tension and danger that he uses in his works, by confronting materials with the limits of collapse or breakage, is integrated in the very process of constituting the work. The artist does not think out the exhibition project in its smallest details to begin with, he soaks up the essence of the location, then returns several days before the opening to create the work on site, which he executes with intense physical engagement.

However, let us now attempt the exercise of a sneak preview of his exhibition at the Parc Saint Léger. The title of the exhibition, It was one of my best comes was taken from a poem by Cedar Sigo, a young poet of the alternative American scene with whom Oscar Tuazon maintains close-knit and creative ties. In the central space, the two artists install two trees torn from the forest and presented constrained, buckled and upturned. The idea will be to capture the material in this intermediary form, when it is no longer in its raw natural state and not yet a finished product. The cut-down and torn-up tree responds to this functionless state – it is no longer entirely a tree and not yet a table or a chair. An object in waiting, somewhat absurd, creating a moment of lyrical tension and suspense that, at the same time, becomes a structuring element of the architecture.
This principle is also at work in two other new productions presented at the art centre: the first will consist of presenting a portable and homemade distillery, a thinly disguised reference to prohibition in the United States. The site and its specificities also inspire this project, since the two artists will extract water from the ground from a former thermal spa for their distillery to produce whisky. The water that lies dormant beneath our feet, removed from circulation in the late 1970s for reasons of poor economic viability, will also be directed into Double Bubble Engine, an experimental machine designed by inventor and architect Steve Baer. Steve Baer is known to specialists since, among others – namely with Buckminster Fuller – he inspired the creation of the geodesic houses of Drop City, the first hippy apartment complex founded in Colorado in the seventies. Double Bubble Engine continues the inventor’s research in solar energy. This prototype of impressive size and apparent complexity turns slowly on its axis through the centrifugal force of its weight, yet it produces such a minute quantity of energy that its creation becomes absurd.
Two trees torn from their fate, a source of water diverted from its slow agony and transformed either into alcohol, or into electricity: all of these procedures highlight production processes and the way in which derivative or demeaned products are always imminently capable of taking on new life, of changing states or disappearing. At the Parc Saint Léger, the two artists invite us to capture the beauty and ephemerality of these in-betweens. Perhaps their watchword could be the title of one of Tuazon’s works, like a manifesto unto itself: RESTER VIVANT [STAYING ALIVE].