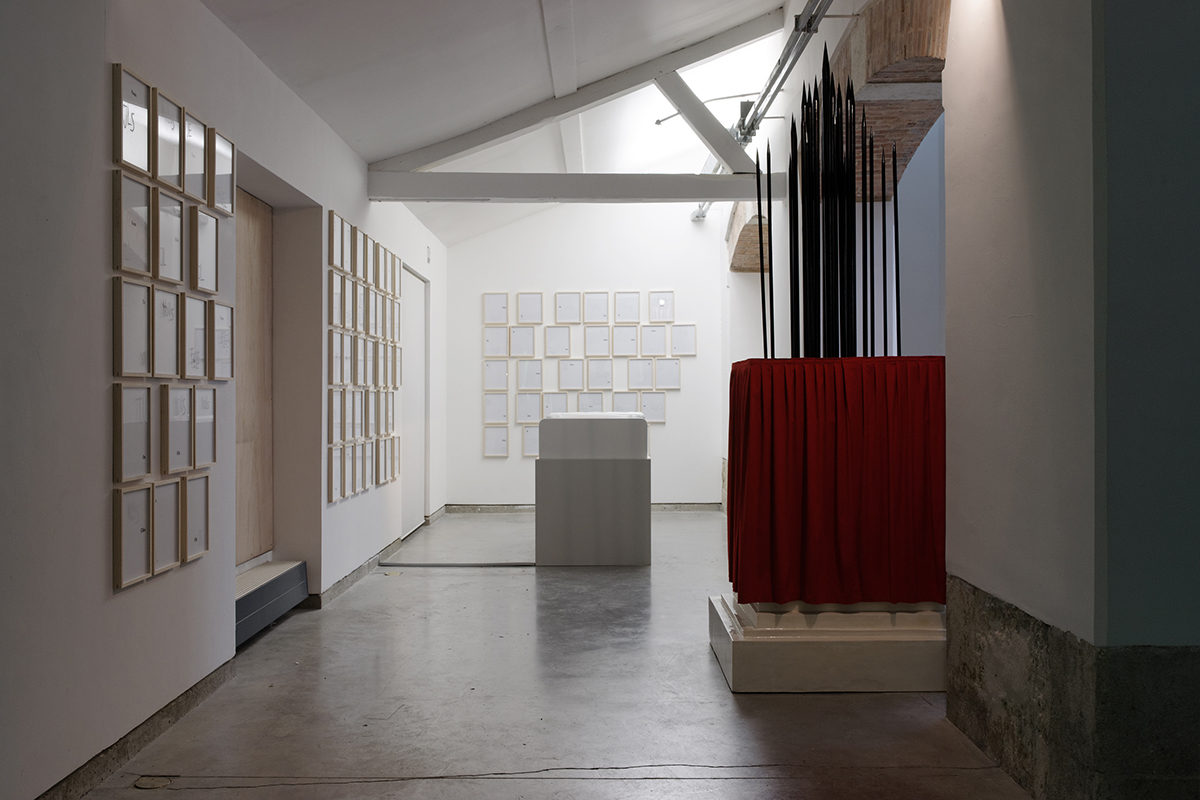 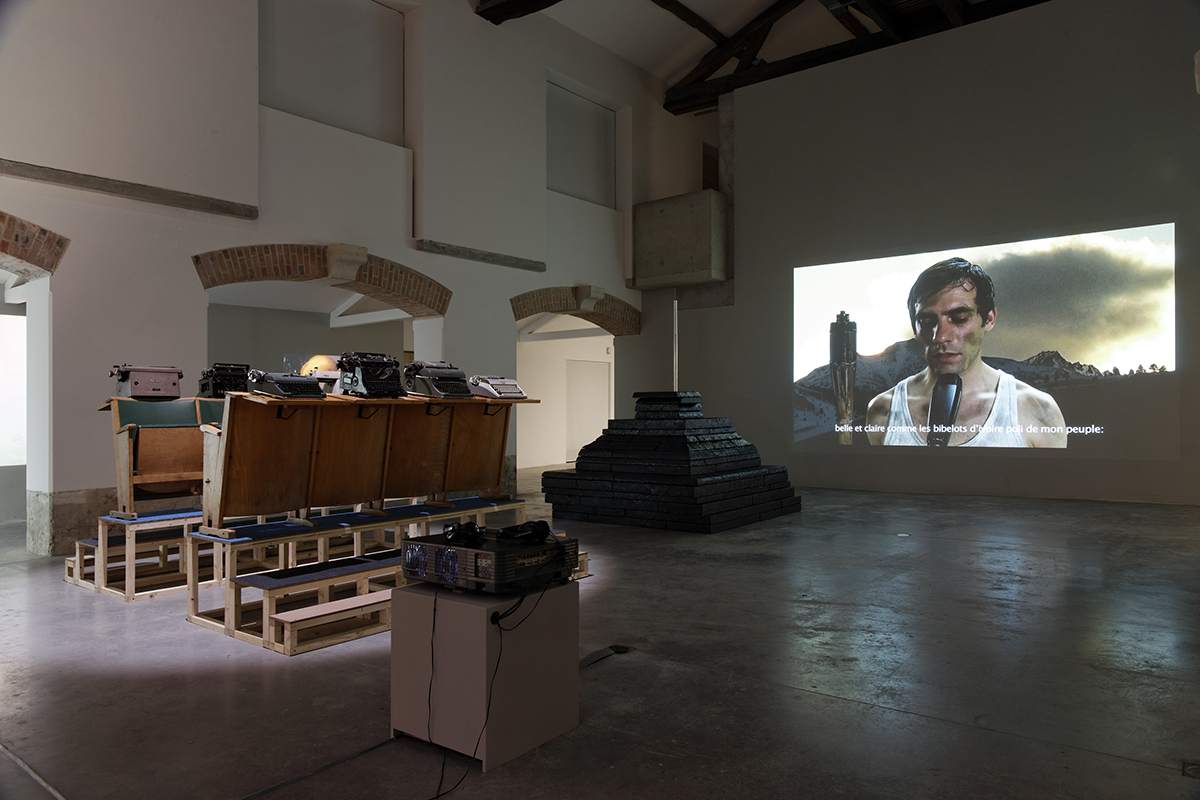 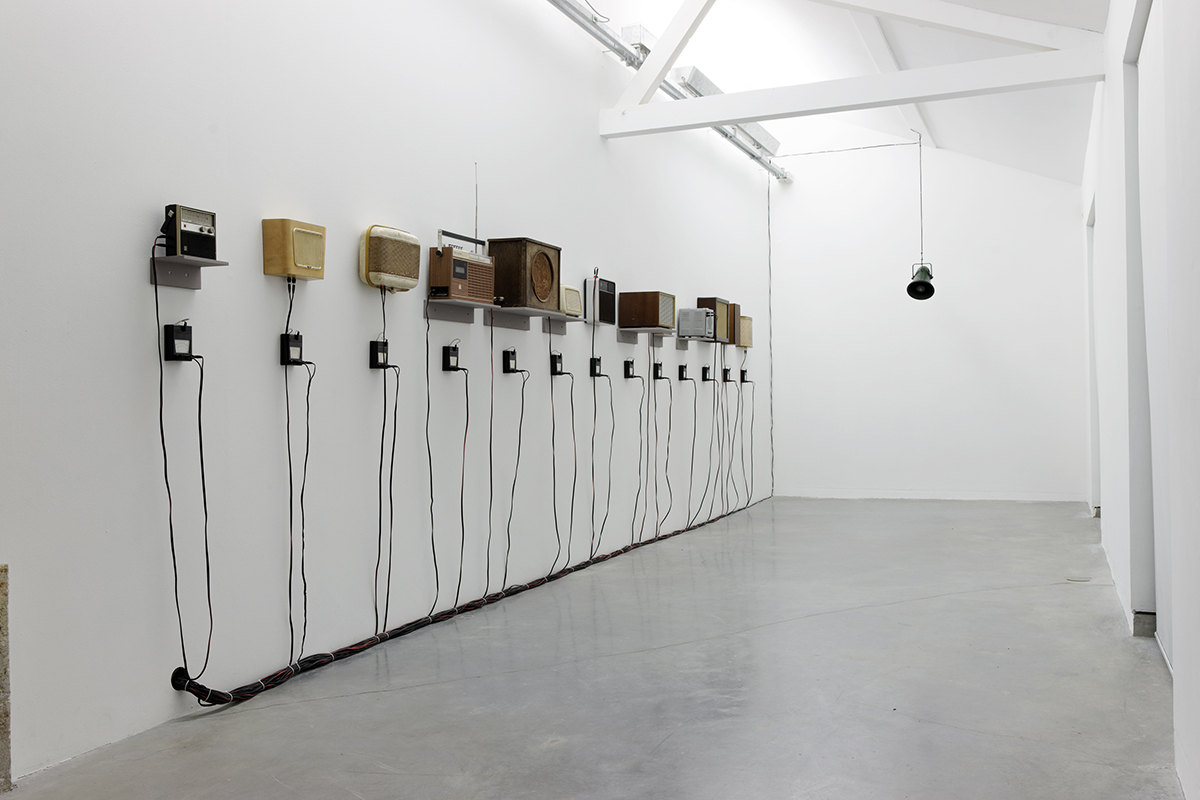 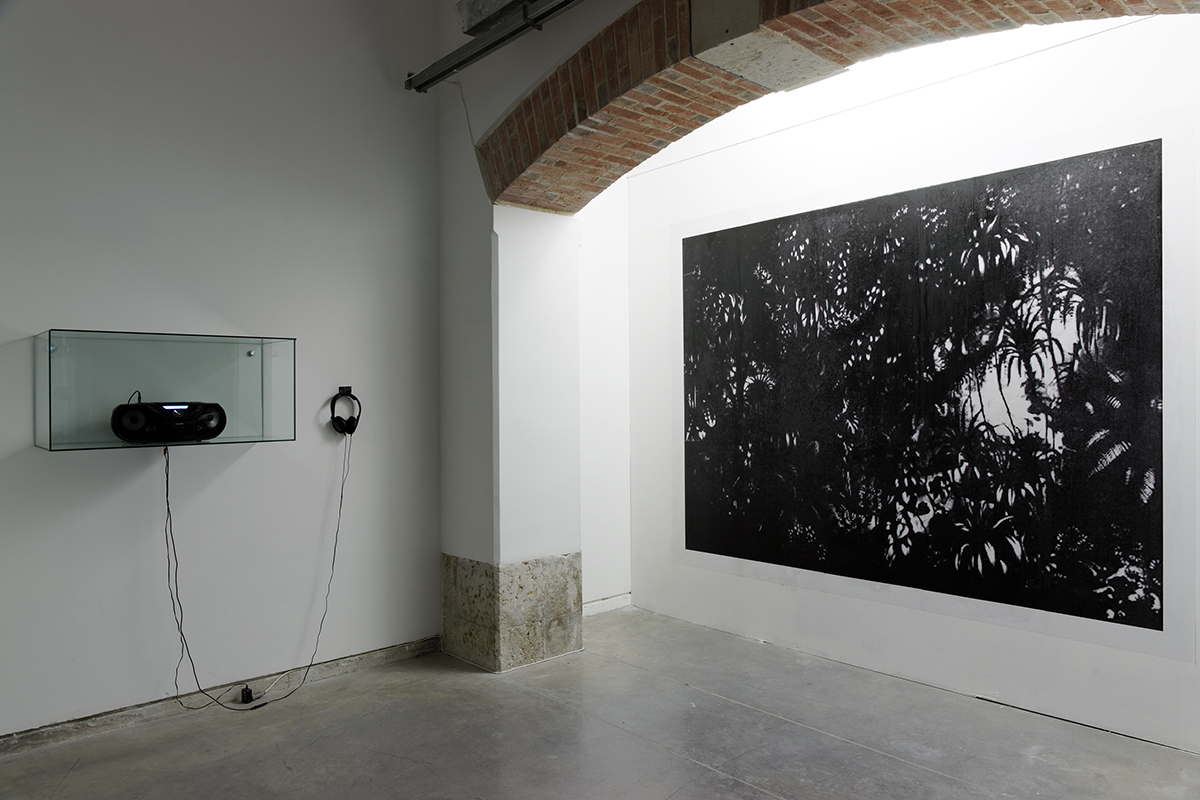 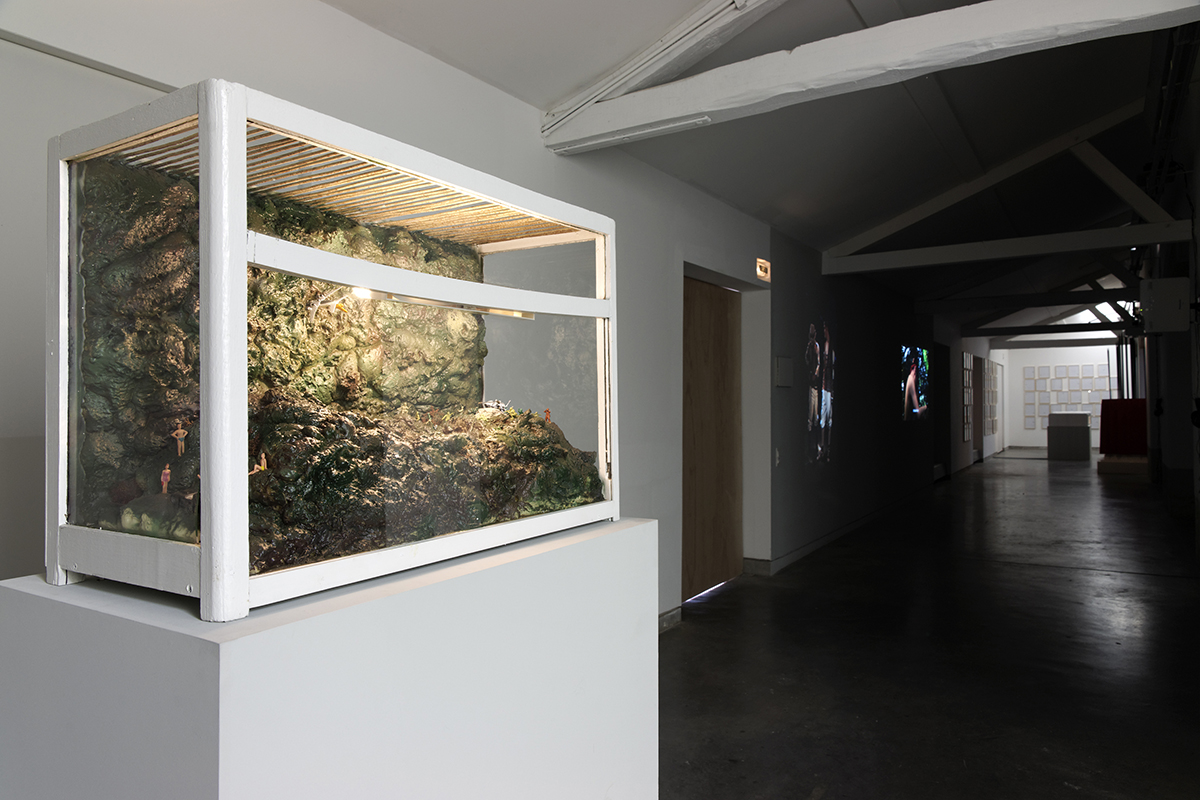 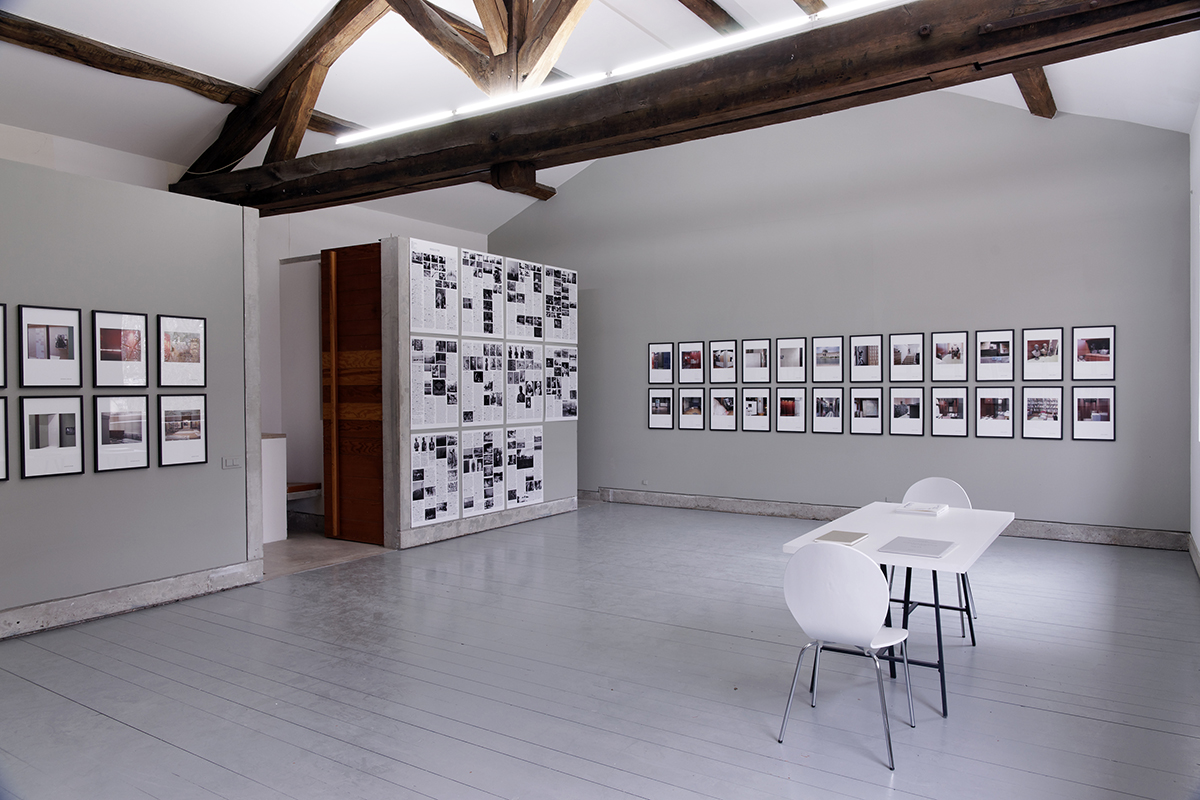 The Parc Saint Léger is pleased to announce the rst solo exhibition in France of German artist, Peggy Buth. Taking place from February 17 to May 15, 2011, the exhibition builds on her acclaimed solo show at the Kunstverein Stuttgart for which Peggy Buth gained international recognition in 2009.

Through various media such as video, photography, installation and sculpture, Peggy Buth investigates power structures, domination balance, and the overall notion of identity. Interested in the history of Feminism and Post-Colonialism, Peggy Buth questions the different roles and rules assigned by traditions in a society, as well as the common scheme of self-representation and the latent violence they contain. Her work appears as half way between ction and documentary, or myth and reality and offers an exciting re ection on the notion of the Other and how its representation has been exploited by political powers through history. Her re ection on the singularity of a subject within a national identity echoes in a particular way with current issues.

The point of departure for the exhibition at the Parc Saint Léger is a project entitled «Desire in Representation», which is based on three years of extensive research conducted by the artist on the collection of the Royal Museum for Central Africa in Tervuren, Belgium. The museum, which opened in 1910 following the suggestion of King Leopold II, has served as a showcase for Belgian colonial history. Over the decades the representation of this history, particularly relating to the African man, has dramatically evolved, especially with the decolonization initiated during the 1960’s. However, the process of conceptually reorganizing the display of the museum and its collections only began in 2004 and is still going on today. The rereading of this aspect of Western history is occurring only in the museum one room at a time. A room is temporarily closed, while the others remain open, and only a few objects are gradually taken out.

The project «Desire in Representation» initially consists of two artist books. The rst volume presents photographic documents and references telling the history of the colonial museum. The second volume is based on the writing of Henry Morton Stanley, an explorer who worked on behalf of Leopold II. Morton Stanley is an emblematic gure of the white adventurer, supposedly bringing knowledge to Africa, and whose accomplishments have been largely depicted in children books and 1950’s Hollywood movies. Peggy Buth’s book narrates the explorer’s particular relationship, tinged with homosexuality, that he maintains with his black slave Kalulu.

Peggy Buth’s exhibition at the Parc Saint Léger builds on the questions explored in her two books. Through her videos, photographs and sculptures, she exposes this particular part of our history and its resonance with our current way of representing the Other.

Peggy Buth was born in 1971 in Berlin and she currently lives and works in Berlin, Germany. She is represented in Germany by Klemm’s Gallery. This exhibition is supported by IFA (Institut für Auslandsbeziehungen).

Saturday, March 19-20th:
Télérama Museum Week-end
With Néné Touré and SABOUNIUMA association.
(African dance and actions in solidatiry with Gouana village, Mali). Free entrance. Dance classes: ages 4 years and up.
Children have to be supervised by one or more adults.
Booking mandatory: (+33) 3 86 90 96 60

Peggy Buth’s research at the Royal Museum for Central Africa in Tervuren endeavors to reevaluate the history of representations through a postcolonial reading. Marie Laure Bonilla approaches Peggy Buth’s work in relation with contemporary artistic practices exposing cultural domination and its machinery. She explores the esthetic strategies and the irony used by contemporary artists to confront the history of colonialism.