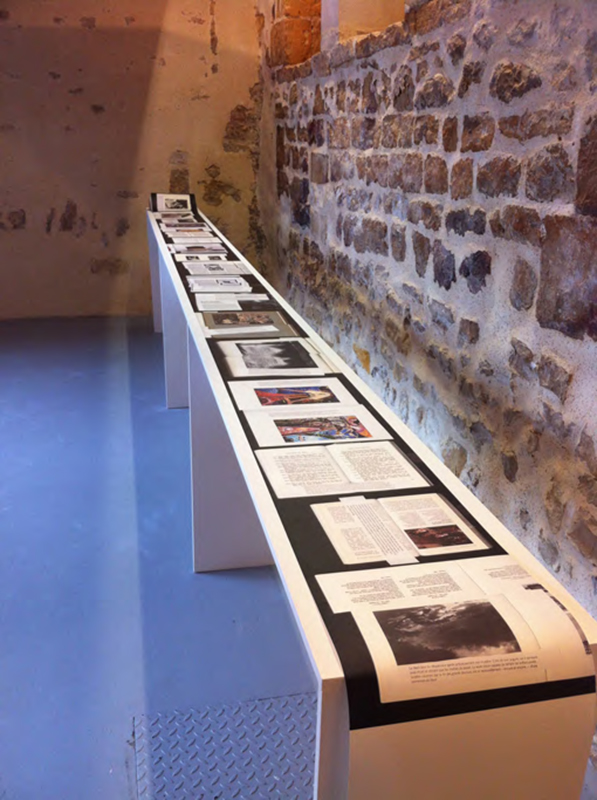 Born in Echirolles in 1982. Lives and works in Paris. Graduated from the École Supérieure d’Art de Lyon, in 2009.

Pierre Paulin watches what passes over his computer screen in the same way as a windscreen behind which the landscape unfolds: between the real and the virtual, observing the difference is perhaps not the most pertinent aspect. What are of greater interest to the artist are the systems that govern the formation of images. Internet, vehicles, cinema, or the telephone are all tools that condition our relationship to reality and produce new images through the ways in which we use them.

Relating notions of cinematographic, textual or web editing, the artist provokes new visual or language-based configurations. For instance, 1# In search of connexion navigates through a series of documents. It presents itself in the form of a succession of scanned pages from books into which the artist has slipped a piece of text that links all of these thought-provoking references together. In what he calls “writing the hypertext” Pierre Paulin thus evokes Internet navigation. In computer science, a hypertext link is based on an associative principle allowing the user to go automatically from the document they are consulting to another linked document.

The artist’s text thus shifts from one document to the next, or from one link to the next, between references, memories and questions. One of his most recent films, input flowers, also allows us to take stock of the materiality of the digital image. Filming the image of a flower—a non-design if ever there was one, but one that also conveys forms from everyday life and art history—Pierre Paulin renders the various perceptions of this image visible as the digital media evolves.