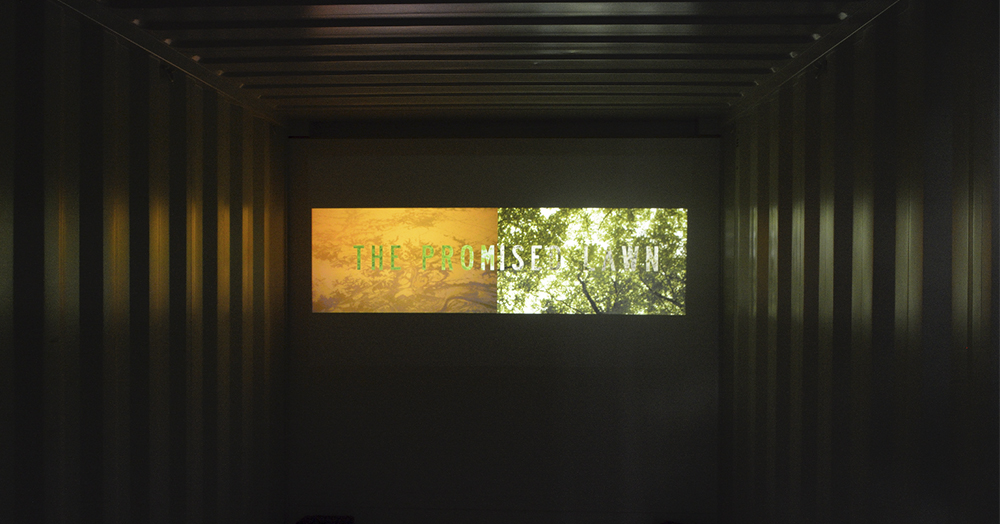 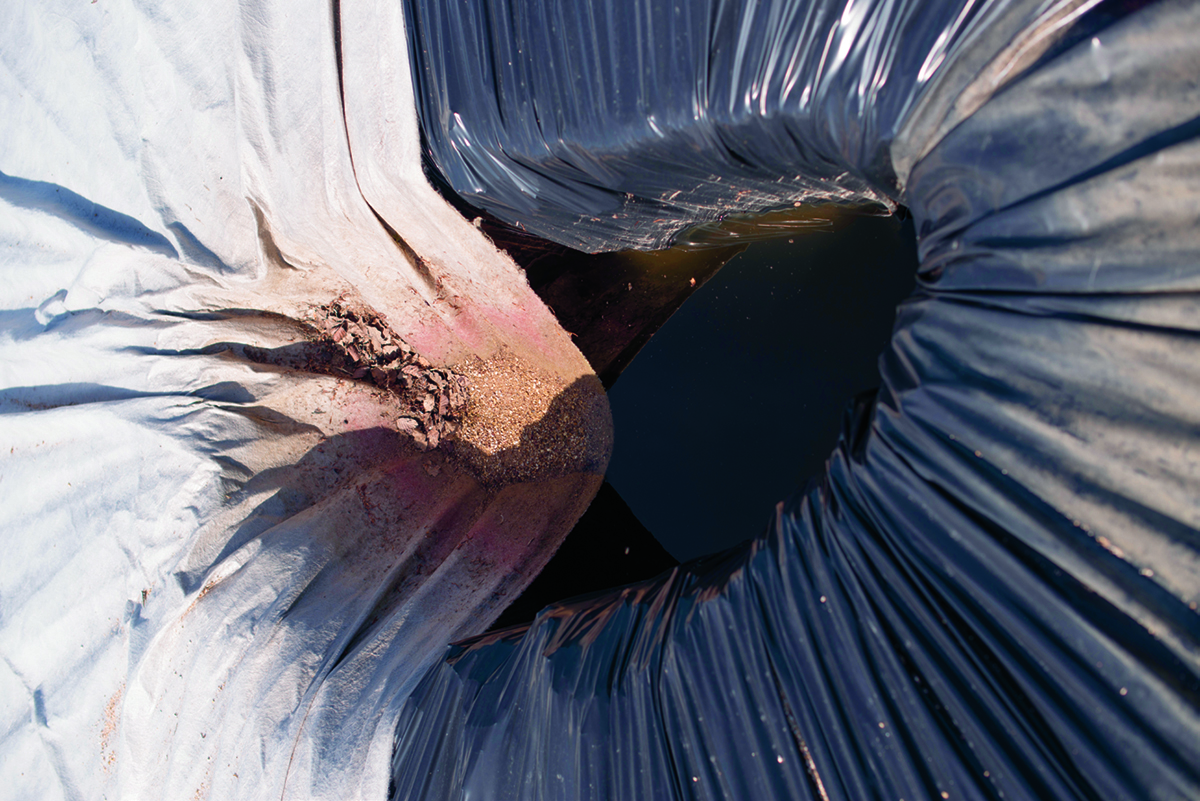 In his book about the connections between art and science fiction in the 1960s,1 Valérie Mavridorakis emphasizes the interest Robert Smithson 2 showed “the gray banality of the sandy no-man’s-lands of motorway jungles, of urban ruins.”3 Smithson was a close reader of the English writer J.G. Ballard, and found his descriptions of a desolate postindustrial world to be a perfect illustration of the notion of entropy, a phenomenon whose material and fictional potential he explored in his own art. Entropy is a term in thermodynamics which describes the loss of energy in a system, an effect of slow, increasing self-destruction caused by overheating. For the writer and the artist, working in the nebulous atmosphere of the Cold War era, this notion became a metaphor for the collapse threatening all human activity.

The Promised Lawn, a video produced by Armand Morin after two residencies in 2015, one in Bibracte and one in Marfa (Texas), took the entropic passing of time as the common denominator between these two sites that are geographically 9,000 km distant and historically 2,000 years apart. On one side, the heights of Mont Beuvray, the ancient capital of the Eduens people, now an archeological site covered with forest; and on the other, in the middle of the Chihuahua desert, a small rural town4—that is a kind of open-air museum where memories of Westerns still hover over the place—which exhibits the first stigmata of economic decline. On the screen, as surprising as it may seem, the landscapes merge. Texan aridity, the moss-covered rocks of the Morvan, sheet metal shacks and the models of Gallo-Roman villas—it all converges to form a fictive other-place, outside space and time, haunted by the memory of human activity.

Generating a blurred time-space setting, Armand Morin establishes an unexpected correspondence between two civilizations that, at different extremes of the historical scale, went into a sudden, steep decline just when they seemed to be at the peak of their development. At a time when the consequences of the Anthropocene age are becoming increasingly visible on Earth,5 this “promised lawn” of the title questions man’s irrepressible desire to consume, which is transforming the idea of the individual home into a planetary disaster.

1- Art et science-fiction : La Ballard Connection, Valérie Mavridorakis (ed.), Mamco, Geneva, 2011.
2-  Robert Smithson (1938–1973) was a major exponent of Minimalism and Land Art, and its first theoretician.
3-  Mavridorakis, Art et science-fiction, 40.
4-  In the early 1970s, the minimalist artist Donald Judd (1928–1994), who was fascinated by Mexican culture and weary of life in New York, moved to Marfa (Texas), where he bought some old military barracks and converted them into a studio. A number of major minimalist artists, including Carl Andre and Dan Flavin, conceived installations for the site. Since 1986 the Chinati Foundation has run the site as a museum and artist’s residence.
5-  Anthropocene is the name given to the era that began on Earth when human activities started to have a significant impact on the planet’s ecosystem. Other terms such as “capitalocene” and “occidentalocene” have also been suggested as a way of adding precision to this concept.