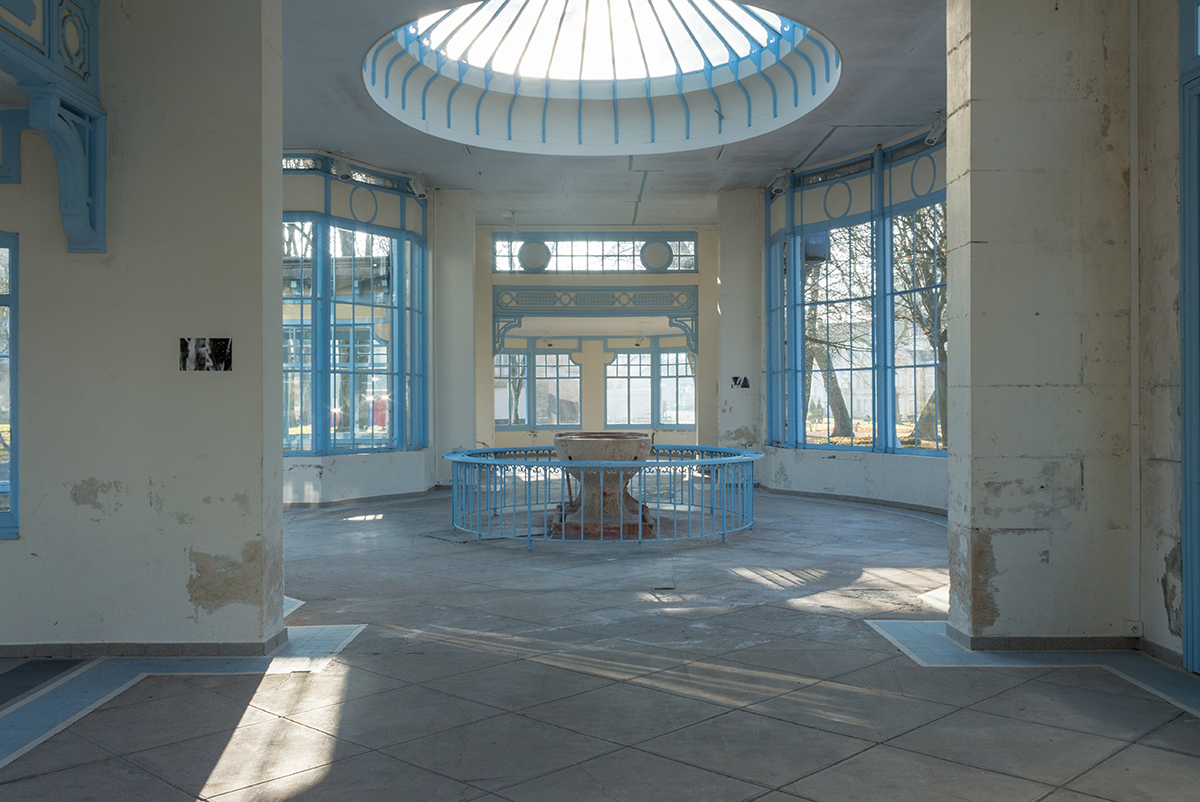 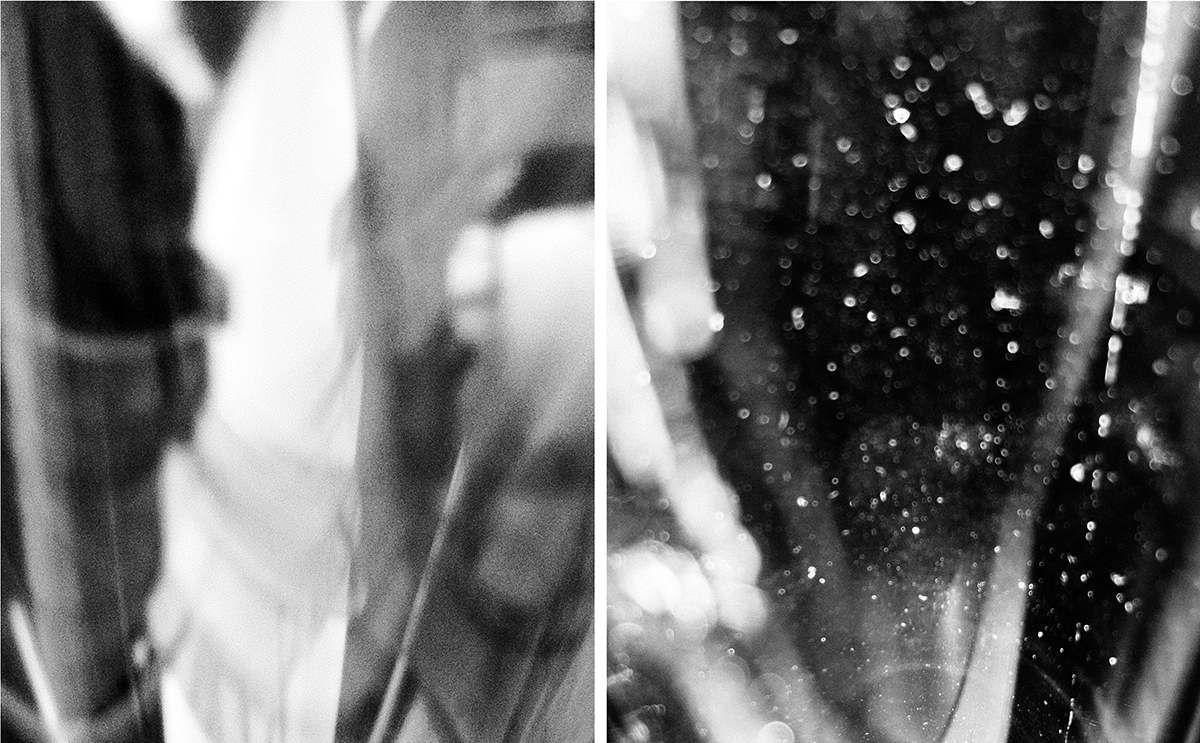 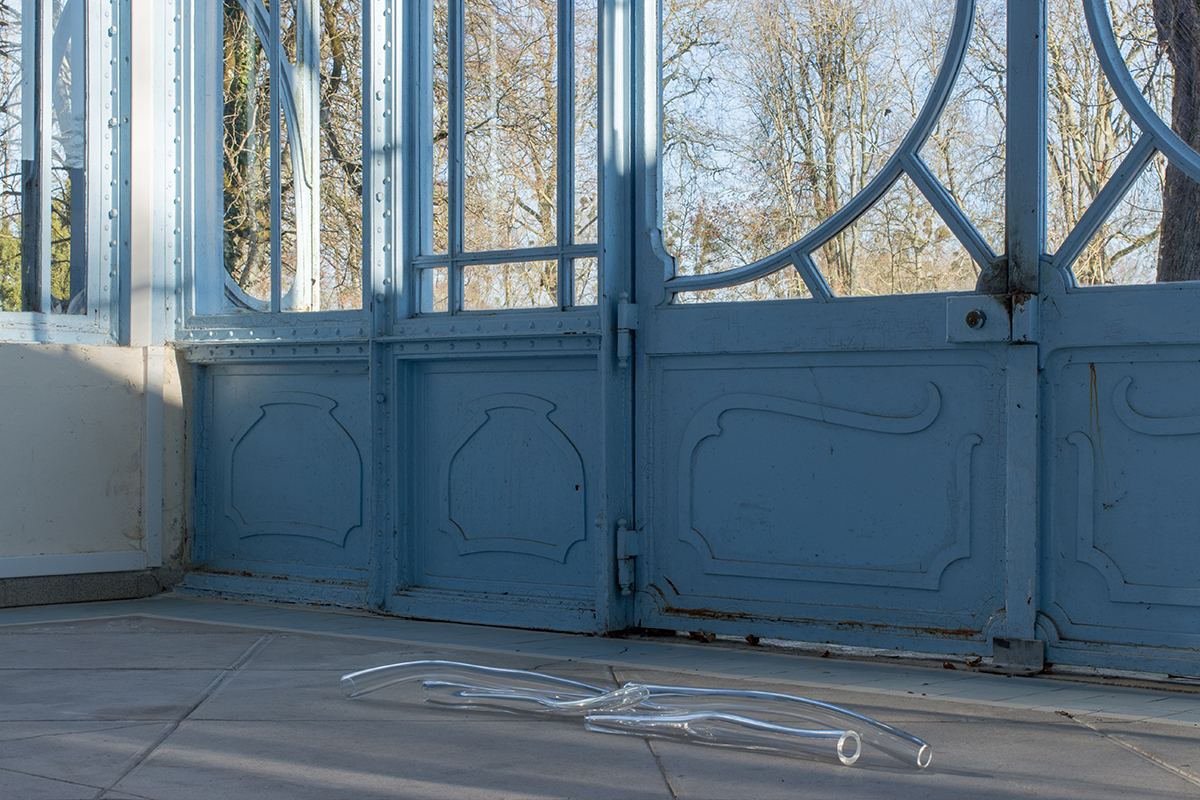 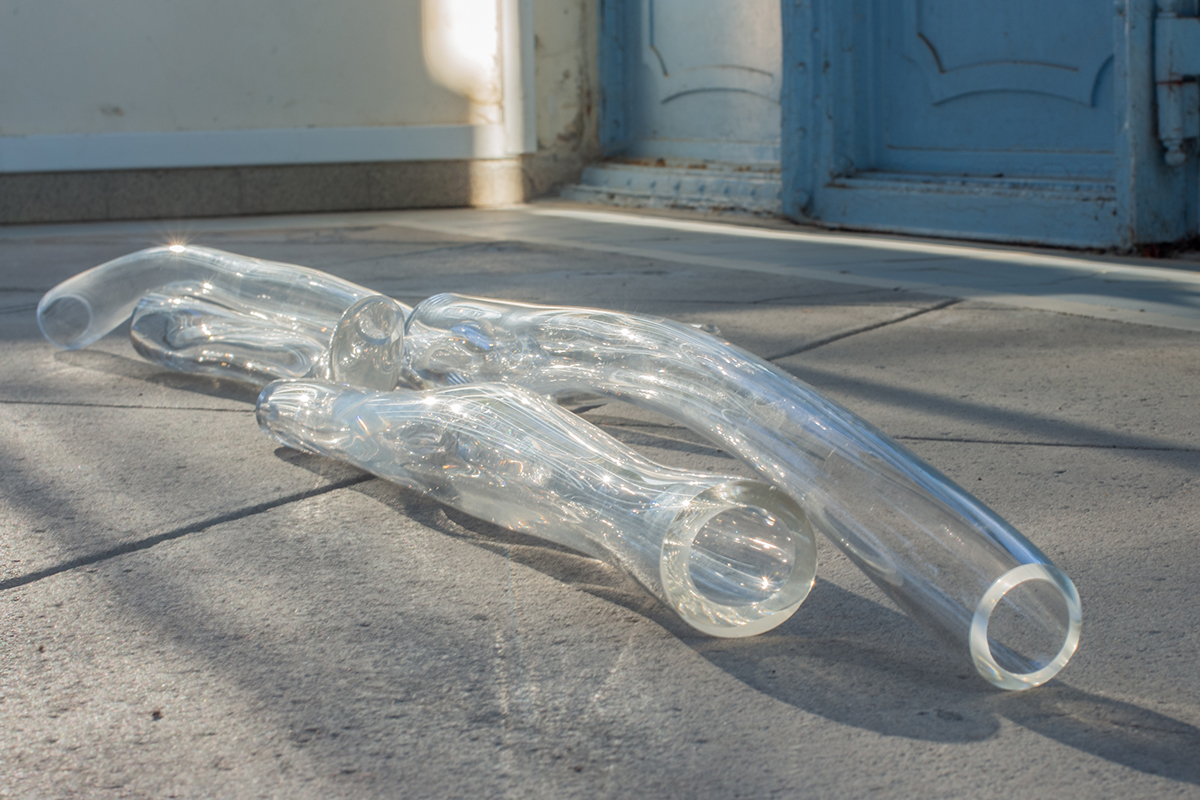 Inspired by metaphysics and philosophy, Jason Hendrik Hansma perceives his surrounding world as an ever-changing system comprised of elements in interaction, constantly creating new elements and new phenomenon. The relation that one has with their environment is then also dependent on context, moments, personal history, but also that of other peoples’ histories, constituting an ‘apparatus’, a prism, through which one can perceive a constantly shifting environment.

This might be a way to view the exhibition in the Pavillon des Sources. The artist invests within this glazed space both intimate and mysterious pairs of photographs along with tubular glass sculptures. Interiors and exteriors merge and light reveals changing glass objects. The Pavillon’s history in hosting patients coming to drink the water from the source of Pougues-les- Eaux, then appears as a temple dedicated to liquid and to the belief in therapeutic qualities.
Jason Hendrik Hansma’s installation seems to be a proposition of a gaze into this world. The Pavillon then functions as an‘apparatus’ allowing us not just a re ection of the real world but a distorted, alternative, refractive view of it. It is dif cult to identify the subjects of Jason Hendrik Hansma’s photographs, which are images taken through curved glass, similar to the ones which lay on the oor. This action abstracts the subject and opens multiplicities of possibilities, leaving one to their own apparatus. The sculptural installation proposes a situation of transparency and distortion, at moments disappearing into the architecture. It is inspired by the shape of carotid veins and arteries, the conduits of the vital liquid between brain and body.

Jason Hendrik Hansma was in Résidence Secondaire at Parc Saint Léger from September to December 2016.